10 American Cities Where the Economy Is Actually Booming 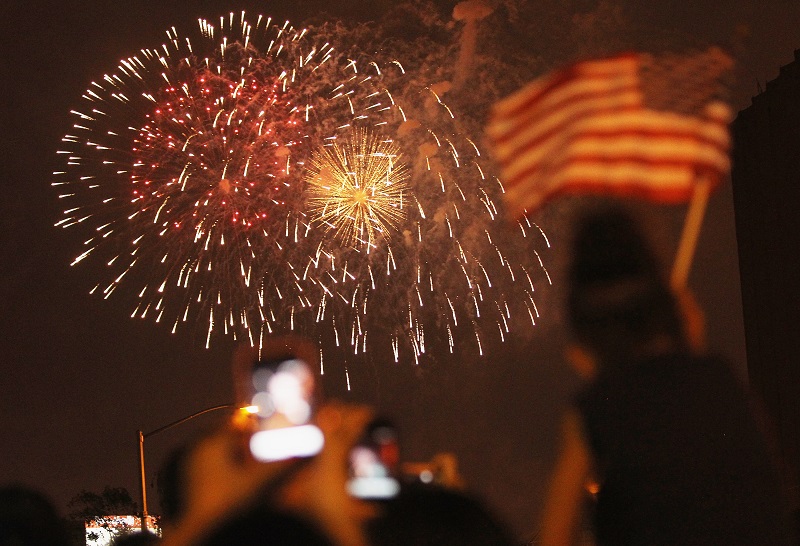 We all want to be where the action is — especially the economic action. Since the dawn of civilization, people have been making decisions regarding where and how they want to live mostly based on where the money is. People need jobs to make a living, and areas with high levels of economic growth are naturally more attractive than those that are more stagnant.

The trick, however, has been trying to discern when and where the economy is going to hit its stride. Thanks to WalletHub, we now have a more detailed picture of where that’s currently happening.

Recently, WalletHub released its rankings of the cities with the highest and lowest levels of economic growth. At the top are America’s cities that are attracting residents and businesses like never before, and reaping the benefits. At the bottom are those mired in recession, or that are suffering from any number of ills that are leading to urban decay, population and job loss, and poverty growth.

WalletHub’s complete rankings cover 515 cities across the country. Using a methodology that included ten key metrics, a score was developed for each city. The cities with the best scores ranked higher up the list. There were two key dimensions that WalletHub used — “Socio-demographic Landscape” and “Jobs & Economic Environment” — with the ten metrics each falling under the umbrella of those two overarching categories. Metrics include population growth, poverty rate decrease, business growth, housing price growth, and unemployment rate decrease.

Taking data from 2008-2014, WalletHub was able to put together a comprehensive ranking system, which put these ten cities at the very top:

For some visual insight, here’s a corresponding map:

Now, if there’s one thing that’s abundantly clear from these rankings, it’s that Texas is a proverbial powder keg of economic activity. With nine out of the top 10 cities all being in Texas (Kent, Washington somehow snuck in there), it’s hard to deny that Texas is the hottest economic spot in the country. In fact, if we zoom out a little more, Texas has 14 cities in the top 20 — and 20 in the top 50.

There were several interesting nuggets revealed by the data as well. In terms of overall job growth, Midland, Texas led the nation with 7%. Midland also saw the highest spike in GDP per capita, at 13.3%. Asheville, North Carolina managed to see the biggest decrease in poverty, with levels drooping 6.7%. Finally, the city that saw the most growth in household income was McAllen, Texas with a spike in earnings of 6.9%.

Of course, there’s also the flip side to all of these categories as well — but that’s for another day.

Now that we have some solid, tangible insight as to where the economy is hitting fifth-gear, we can briefly take a look as to why. With so much growth and economic strength being concentrated in Texas, it’s clear that policymakers, business leaders, and entrepreneurs are doing something right — but what is it?

The answer, for the most part, is natural resources. Texas is a huge state, and all of that space means there are more resources to be had. Texas has been a hub for activity related to oil and natural gas production, and many of the state’s newer jobs have been created as a result of those explosive industries.

Technology is another sector that has seen significant growth in Texas. Austin, the state’s capital, has become an island of startup and technology activity, with many large tech firms either calling it home or using it as a regional base of operations.

Add those two industries to an abundance of military and government spending, cheap housing and a relative low cost of living, and it seems that Texas has figured out the recipe for economic success.

If we look at many other cities that populate the top 50 in WalletHub’s rankings, we see that cities like Denver, Miami, Asheville, and several towns in the Bay Area are also experiencing some explosive growth. A lot of these cities are taking advantage of the fact that it’s still relatively cheap to live there — though that changes as people start moving in to find work. The Bay Area is also home to Silicon Valley, which has been an absolute monster in terms of generating economic growth over the past few decades.

Per WalletHub’s analysis, these are the cities in which economic growth is being sustained. This can mean a number of things, and also lead to an influx of folks who are looking for work. The trick is to sustain this kind of growth for the long-haul, which is difficult, if possible at all. So keep that in mind.

If you’re looking to ride the wave of economic growth, check out the complete rankings and study to see where you need to go.