You may have your survival kit packed and your katana sharpened, but whether you survive a real-world zombie apocalypse may have more to do with where you live than anything else.

CareerBuilder and EMSI (a company that creates economic models) recently revealed the Zombie Apocalypse Index, a “totally necessary and 100% practical” ranking of which of the 53 largest cities in the United States would be most and least likely to survive a real-life night of the living dead scenario. To determine each city’s rank, they looked at four broad categories, scoring each metro on its ability to defend itself against a zombie virus, contain the spread of the disease, find a cure, and feed its surviving population through the disaster.

Densely populated New York didn’t fare too well in this model. It was the city least likely to be able to contain the spread of a zombie virus, according to CareerBuilder. Our nation’s capital was the most likely to run out of food, while Atlanta was one of the least likely cities to develop a cure for a hypothetical zombie plague, despite being home to the Centers for Disease Control and Prevention (CDC).

Here are the 10 U.S. cities where you definitely don’t want to be if a zombie apocalypse actually breaks out.

High population density, a relatively low percentage of the population either serving in the military or working in law enforcement, and few scientists focused on biomedical research are all reasons these cities aren’t well-prepared, should zombies start chowing down on people. 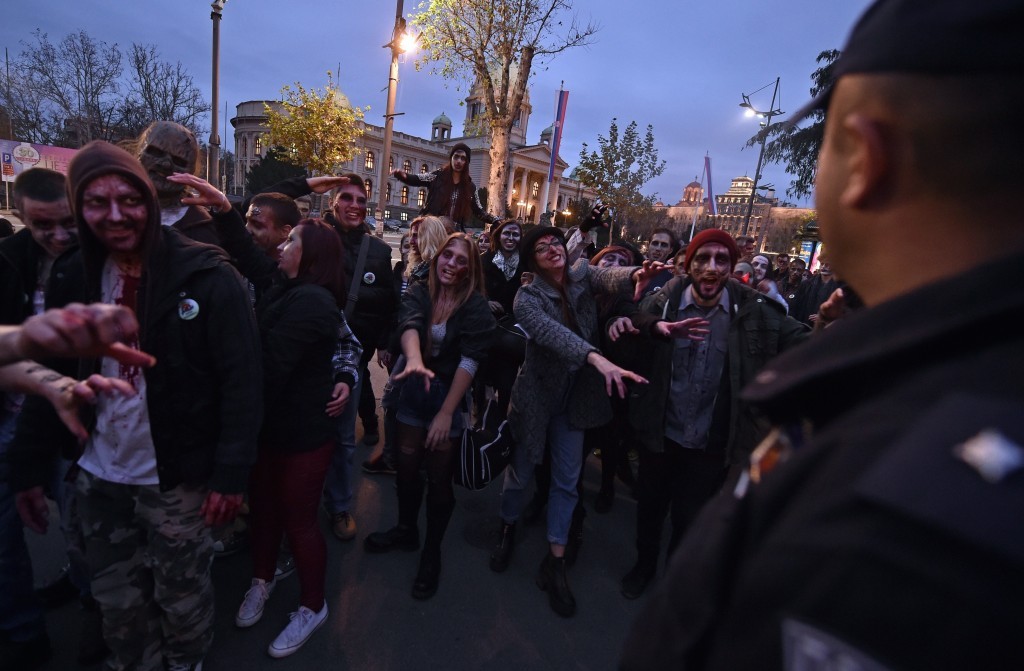 In contrast, the 10 cities where people were most likely to survive a zombie catastrophe had many scientists, exported a lot of non-perishable food, and were home to a greater number of engineers who could devise ways to keep the walking dead outside the city’s borders. Boston’s big population of top scientists at nearby institutions like MIT and Harvard gives it an edge, while a big naval presence in Virginia Beach means that it has the resources to defend itself should things go south.

Here are the 10 cities where you have the best chance of surviving an outbreak of a zombie plague.

New York City residents probably don’t need to lose too much sleep over their city’s poor performance in the study, as the chances of The Walking Dead turning from fiction into reality are pretty slim. Scientific reality doesn’t stop some people from stressing out about a disease that could cause the dead to come back to life, though. About 8.5% of people said they were either afraid or very afraid of zombies, a recent Chapman University survey of American’s biggest fears found. That’s about the same percentage of people who say they’re very afraid of the dark, clowns, or vaccines.

Whether it’s zombies or another natural disaster that keeps you awake at night, the CDC recommends stockpiling water, non-perishable food, medications, and tools and supplies like utility knives and duct tape if you hope to survive an apocalyptic event. Outfitting that zombie preparedness kit won’t be cheap, though. You’ll need to spend about $450 to purchase everything on the CDC’s preparedness list, CNN/Money found, and even then you’d only have enough supplies to last one person about two weeks.

The cost of preparing for the worst may be steep, but it isn’t the main reason that nearly 75% of people aren’t prepared for major disasters, zombie or otherwise, Chapman University found. Half of unprepared people said they were counting on emergency personnel to rescue them if things got really bad. If the Zombie Apocalypse Index is anything to go on, it might be time for some people to start developing a plan B.