10 Underrated Stouts You Have to Try

If there’s one thing that can warm you up on a chilly day as well as a cozy coat, it’s sipping a deep, dark stout. Because the only manual labor involved is opening a container, it’s definitely our preferred method. And although any big-name brand will do, you might want to look outside your comfort zone because there’s a whole world of different stouts worth exploring.

While most people are somewhat familiar with both dry Irish and imperial stouts, those two are just the beginning. Breweries are churning out foreign stouts, chocolate stouts, milk stouts, oatmeal stouts, and too many more to name. It can make trying something new feel pretty intimidating, so we enlisted five beer experts to sort through all the choices for you. These are their picks for the 10 stouts you absolutely have to try. 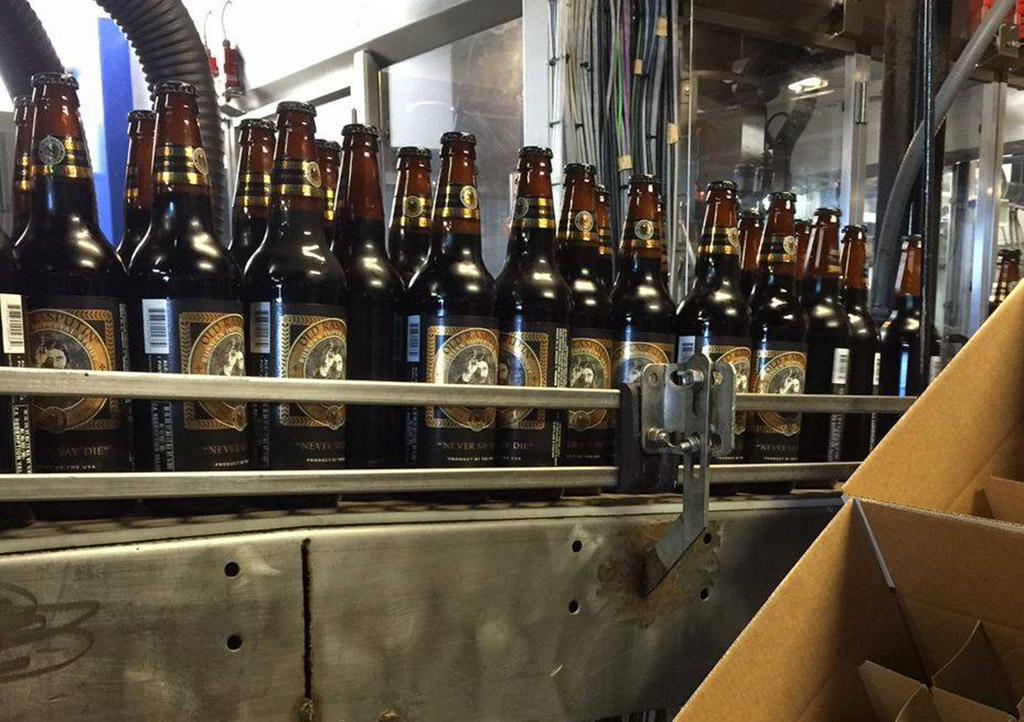 It might be significantly warmer in Fort Bragg, California, but you’d never know it based on the taste of North Coast’s Old Rasputin. This Russian imperial stout is brewed in the traditional method developed in 18th-century England. It’s a favorite of Ted Kenny, owner of Top Hops in New York, because it’s easy to find as well as delicious. “It’s 9% alcohol by volume, so it’s a big beer,” he said. 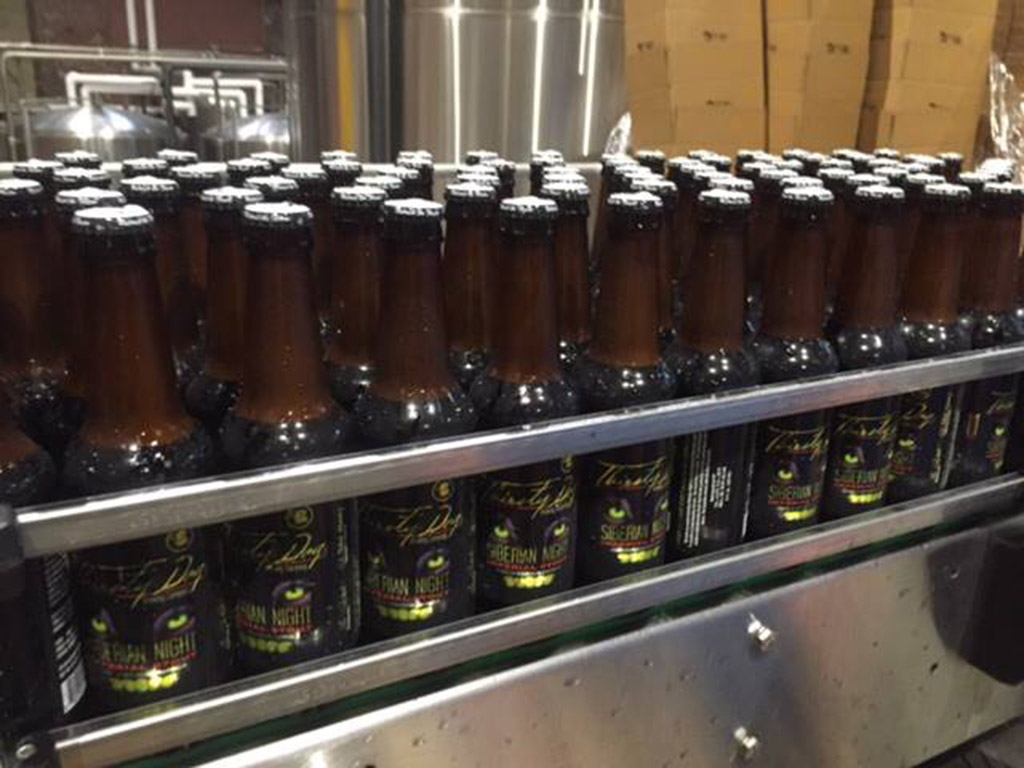 One of the tricky things with stouts is their limited availability, so Thirsty Dog’s Siberian Night is a great choice for those who prefer the heftier style no matter the weather. Made in Akron, Ohio, this Imperial stout definitely brings the flavor. David Cichowicz, owner of Good Beer in New York, called this brew “a robust, full-bodied malt bomb of a stout with notes of dark chocolate and roasted coffee.” With its 9.7% alcohol content, Cichowicz said it “can sneak up on you if you’re not careful.” 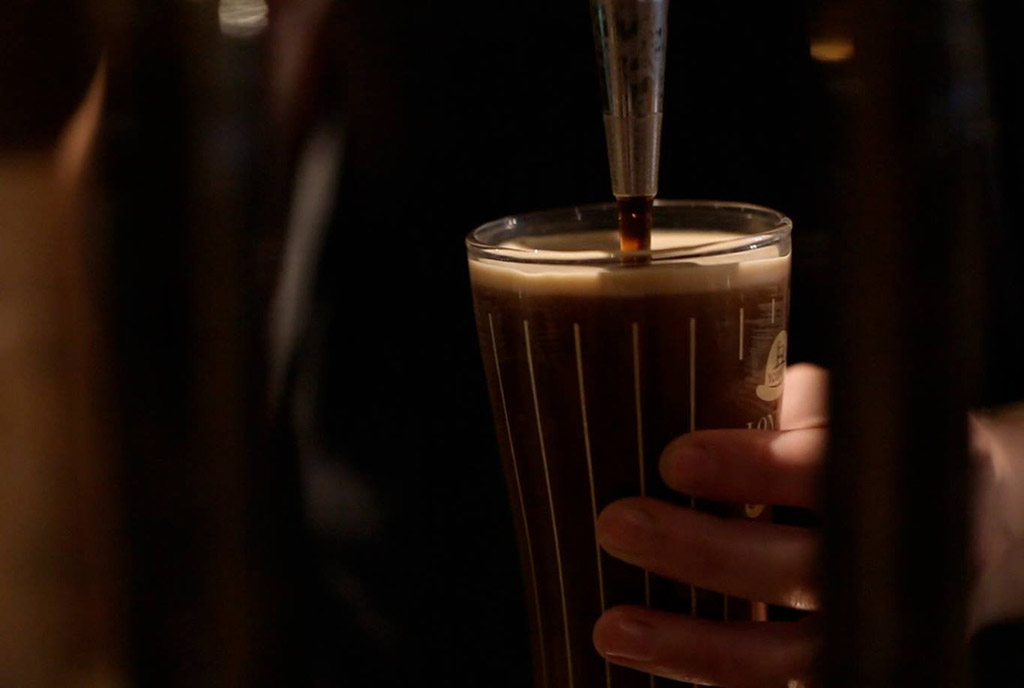 Plenty of breweries here in the states do a great job of crafting beers in the traditional English style, but sometimes there’s just no beating the real thing. Take Young’s Double Chocolate Stout, for example. According to Jason Kirmse, partner and beverage director at Hi Neighbor Restaurant Group in San Franciso, this beer is “a perfect gateway stout for people who ‘hate dark beer.’ The chocolate part always gets people excited to give it a try.” It may be even better than that other one from across the pond you’re probably used to quaffing. 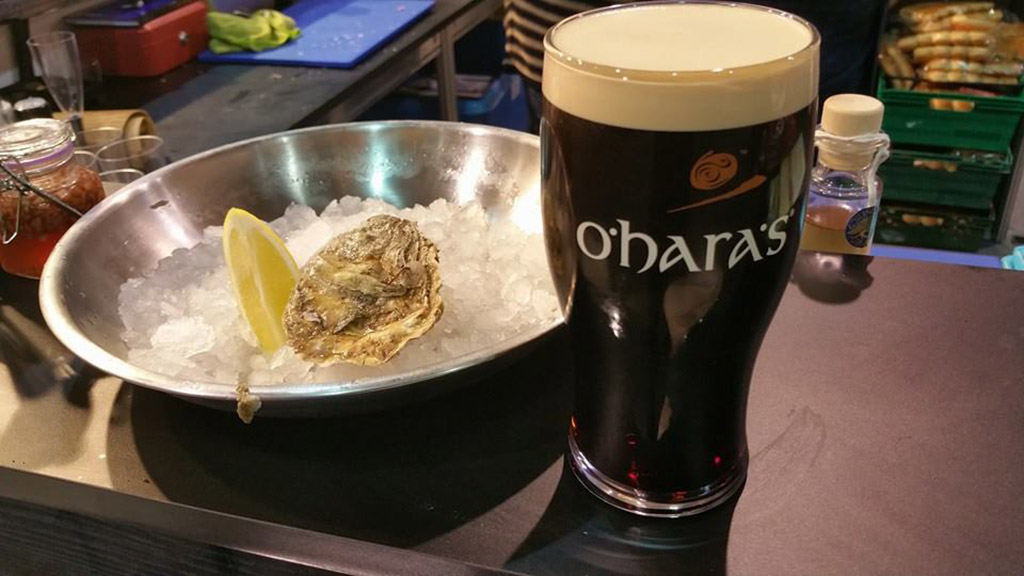 Another pick from overseas, O’Hara’s Irish Stout doesn’t get much mention in the U.S. The funny thing is, despite beer’s long tradition in Europe, this one has only been around since 1999. The brewery is certainly making up for lost time because Michael Agnew, a Certified Cicerone and the voice behind A Perfect Pint, described it as “a true Irish dry stout that is much more flavorful than the mainland brands.” It’s worth searching for this brew. 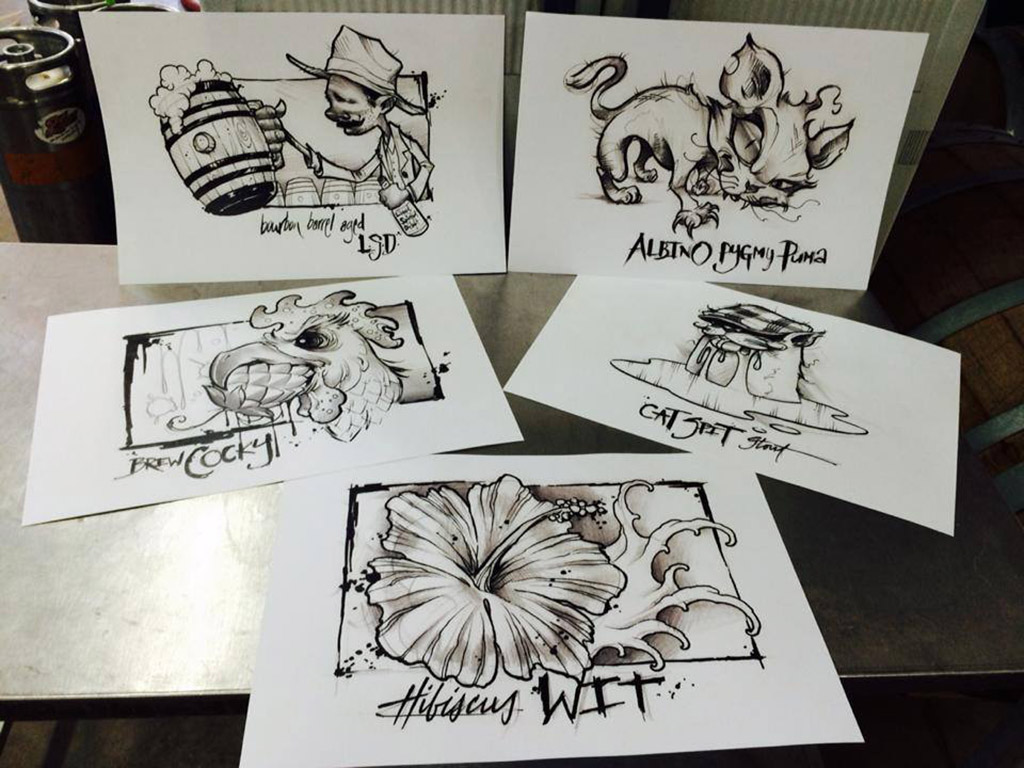 Don’t worry, 2nd Shift doesn’t actually use feline drool to brew this oatmeal milk stout. It’s a particularly good option for those who are a little timid when it comes to high-alcohol beers since it clocks in at a more modest 7% alcohol by volume. Mike Sweeney, who pens STL Hops, likes this stout because it “has a ton of body and balances the roastiness with a subtle sweetness from the lactose.” Don’t plan of making a visit to this Missouri brewery any time soon, though, because its facilities aren’t open to the public.

6. Evil Twin Brewing I Love You With My Stout 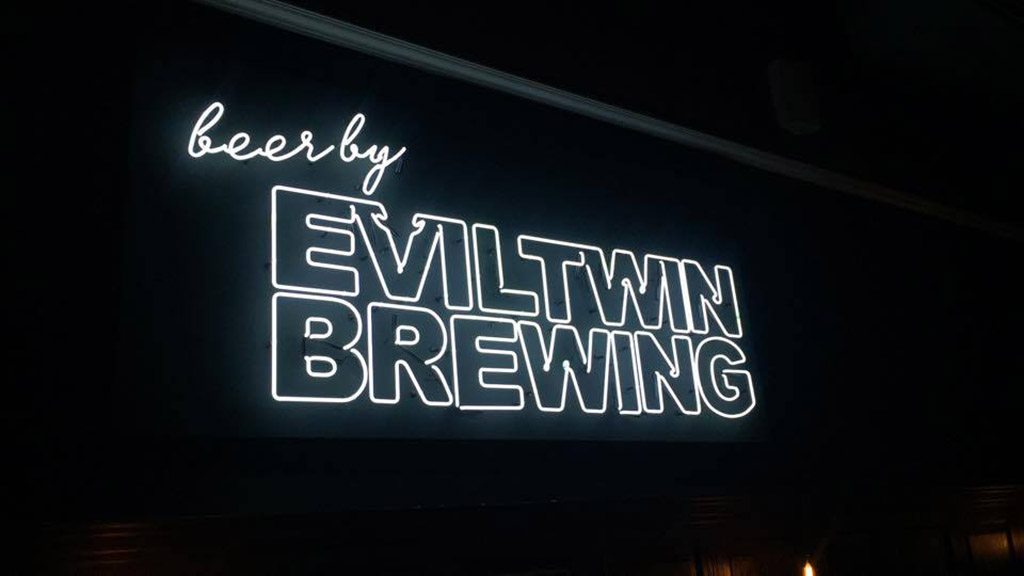 Evil Twin is gaining quite the following in New York thanks to an impressive selection of brews. With so many choices, I love You With My Stout is easy to overlook. Doing so is a mistake if you’re into super rich brews. “This imperial stout will get you where you need to go with an impressive, but well-hidden, 12% alcohol by volume,” Cichowicz said. “Fudgey, toffee, caramel, and coffee notes all over this one and a rich, thick mouthfeel to go along with the overdose of flavor.” Describing this beer as bold almost seems too timid. 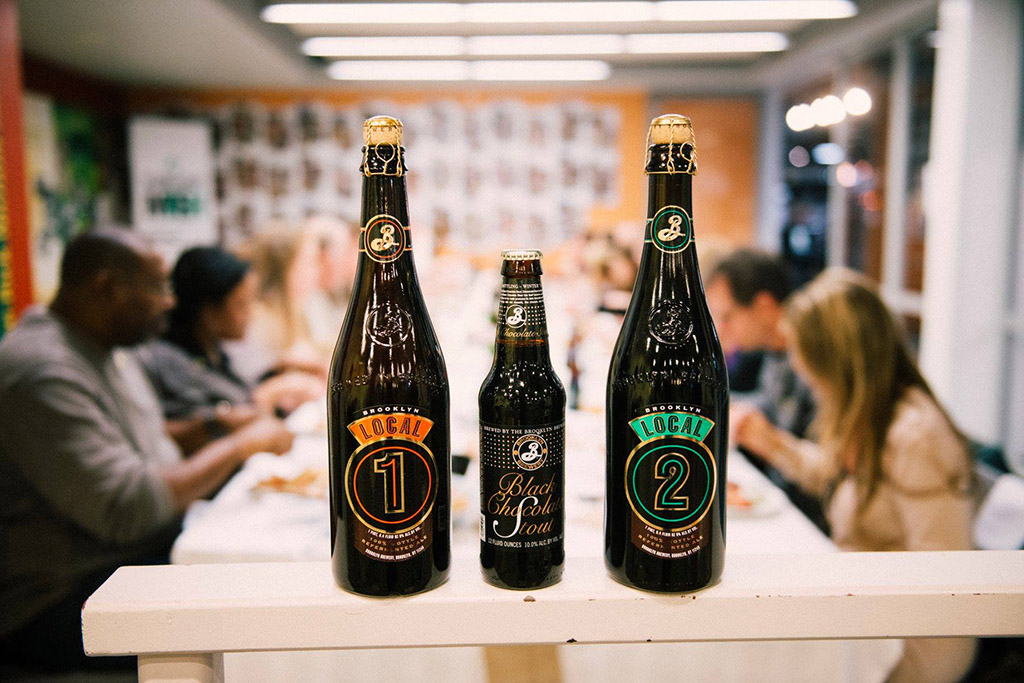 Generally speaking, it’s best to drink beer relatively soon after purchasing. There are some exceptions to this rule and Brooklyn Brewery’s Black Chocolate Stout is one of them. It’s strong and boozy, so letting it age can actually help mellow the flavor a bit. “It’s really delicious, but it comes off hot, so it’s one a lot of people really like to sit on for a year,” Kenny explained. That being said, Kenny recommended keeping the aging to five years at the absolute maximum. 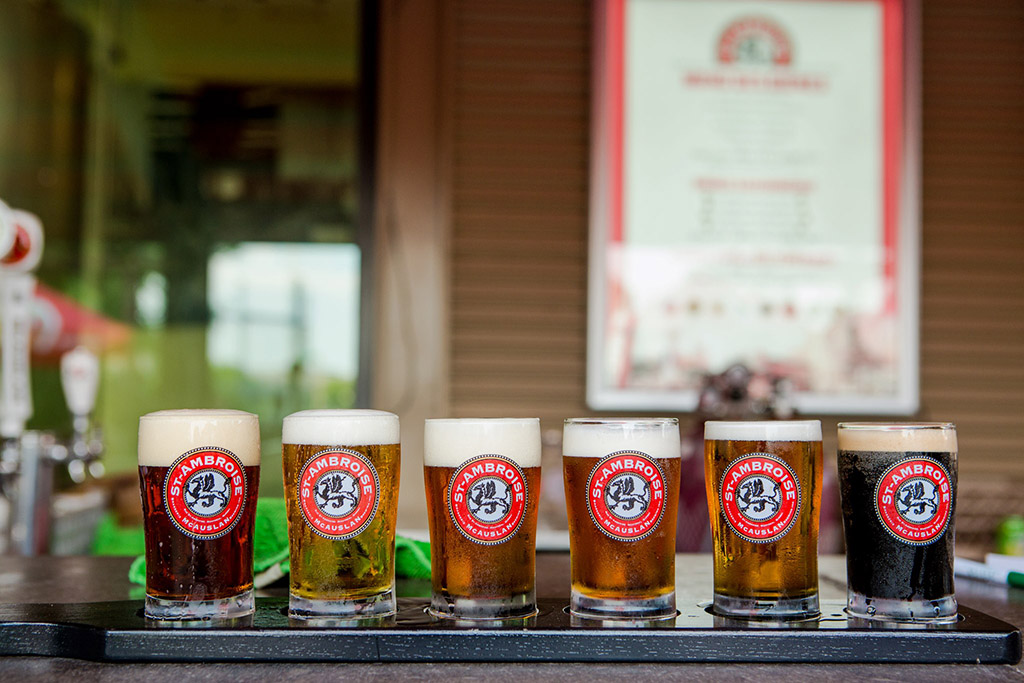 Part of the McAuslan family in Canada, St. Ambroise is probably most known for its pale ale. Though significantly more difficult to find, the oatmeal stout is a standout. “What struck me most was the depth of flavor: layers of coffee, roasted malt, dark chocolate, even some smoke, but it managed to stay light and crushable at the same time,” Kirmse said. 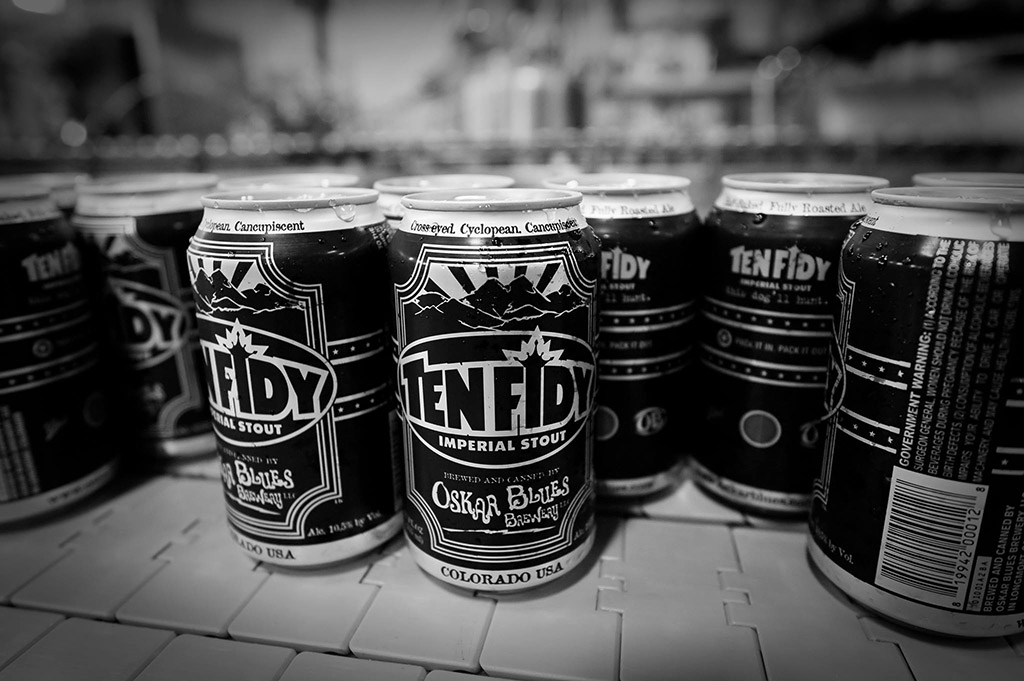 If you haven’t heard, cans are the new bottles. More and more breweries are looking to the lighter packaging as a way to save money, but it’s also better for the beer and easier to transport. That means cans are a win-win-win. Oskar Blues, one of the first breweries to make the switch, also happens to make a fantastic stout called Ten Fidy. Cichowicz called this brew “a 12-ounce can of delicious, viscous motor oil.” He means this in the best possible sense. He particularly likes the bitter notes “to complement all that sweet, malty goodness.” 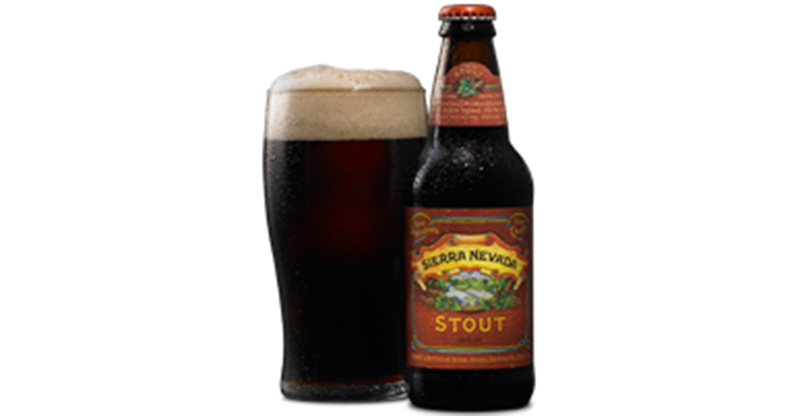 Sierra Nevada is already well-known for a number of its beers, but its stout doesn’t get all that much love. It’s sort of a shame when you consider it’s easy to find and definitely delicious. “I love this stout because, like most of Sierra Nevada’s beers, they stick to more of a traditional recipe, pushing for balance and drinkability over any sort of flashy gimmick,” Kirmse said. If you pick just one stout to feature at a party, this should be your go-to.