When it comes to food, you can’t always believe the label.

Food manufacturers just want to sell products. Intentionally misleading consumers seems like a rotten trick, but most people fail to notice that what they’re eating is just an imposter. Whether it’s cutting a pure product with cheap ingredients or completely replicating the taste and texture with something different, manufacturers will do anything to save a buck.

Here are 18 foods you’re eating that most likely aren’t what they say they are. 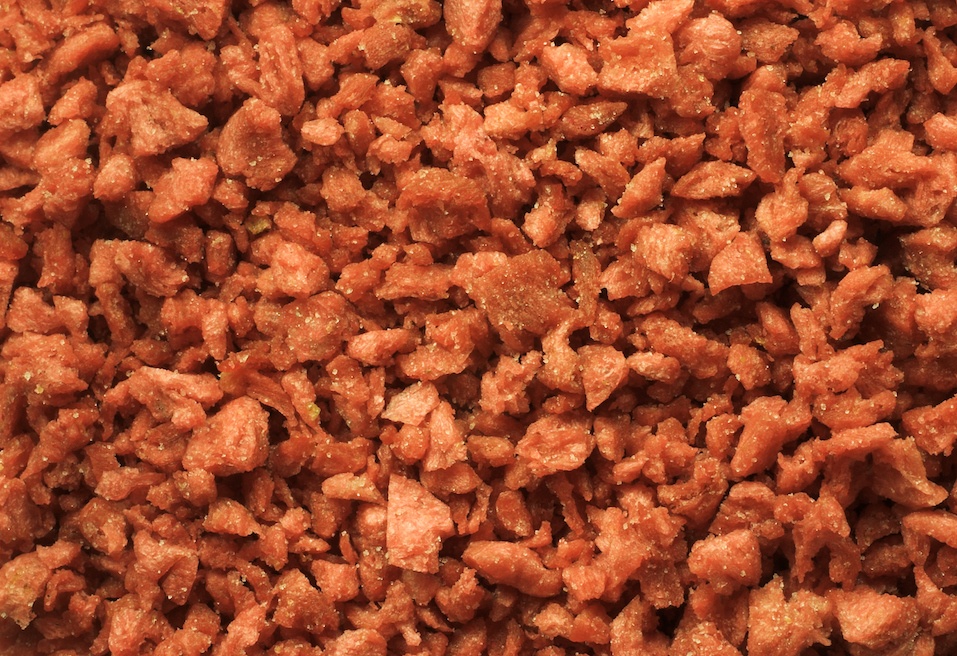 They’re not bacon at all. | alexbf/iStock/Getty Images

Did you know bacon bits are vegan? That’s because they contain no actual meat. They’re really made from soy flour and a bunch of artificial additives and chemicals that mimic the taste of bacon. (“Soy flour bits” just didn’t have the same ring to it). 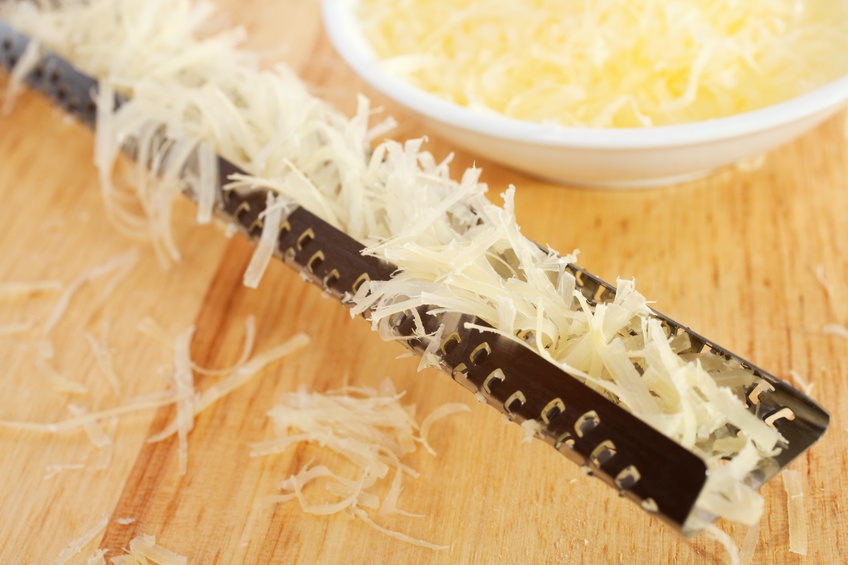 Your cheese might actually have wood pulp in it. | iStock.com/travellinglight

The expensive cheese from Parma, Italy, tastes nothing like the cheap stuff you’ll find in a plastic shaker bottle at the grocery store. Even grosser? Most grated Parmesan cheese in America is cut with cheaper cheeses or even wood pulp (that’s what “cellulose” means).

Next: This is one of the most common fake foods. 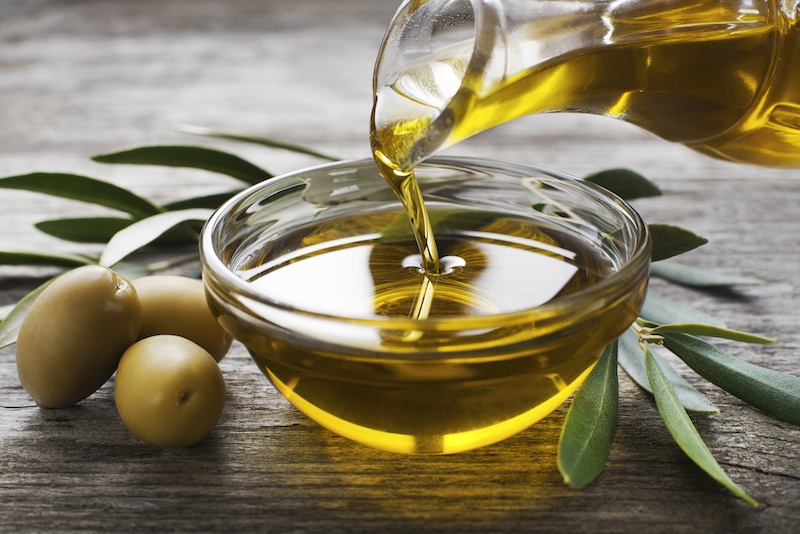 One of the most common fake foods in America is probably sitting on your pantry shelf right now. Pure extra virgin olive oil has plenty of healthy fats, but the stuff you buy at the grocery store is usually diluted with cheap peanut and soybean oil. This can prove dangerous for people with peanut allergies.

Next: Sushi lovers, be careful when you order this. 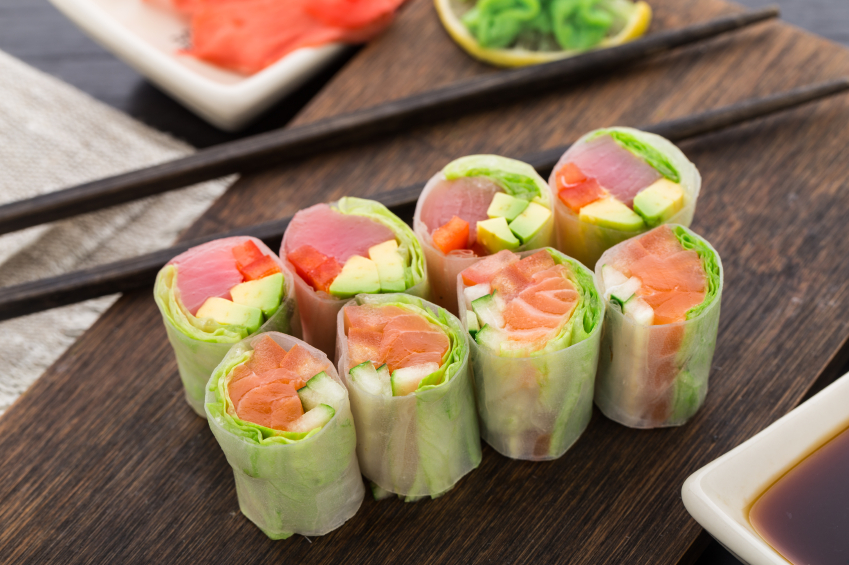 Is that fake fish in your tuna roll? Probably.

Larry Olmstead, author of the book Real Food/Fake Food: Why You Don’t Know What You’re Eating and What You Can Do About It, found that tuna is usually substituted for cheaper escolar in sushi. “Consumers ordering white tuna get a completely different animal, no kind of tuna at all, 94 percent of the time,” he writes.

Next: This breakfast staple is faked all the time. 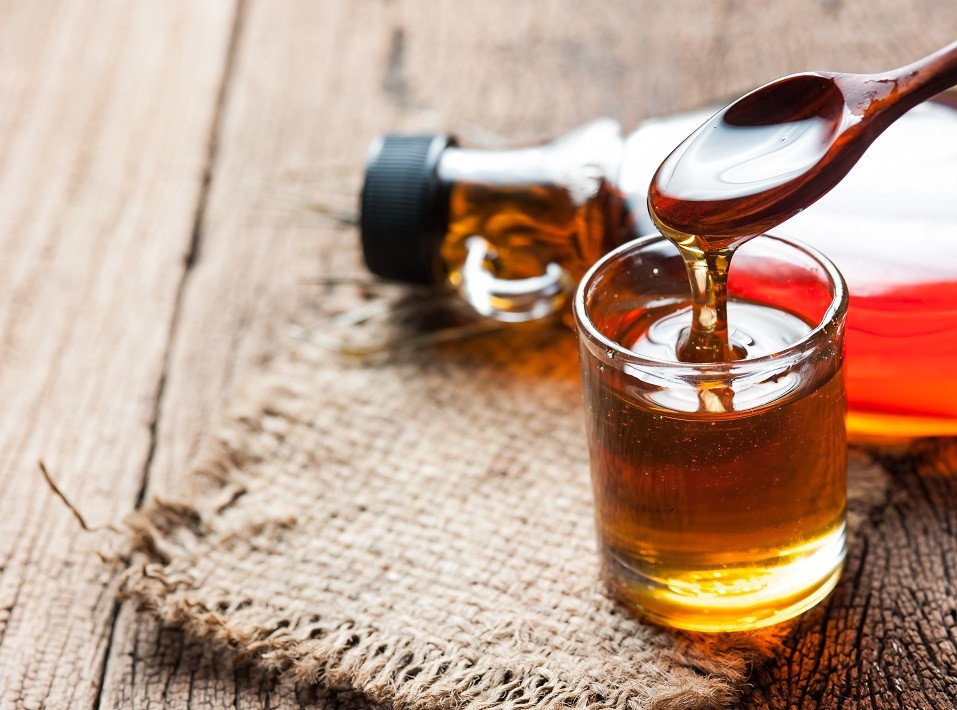 Does yours say “pancake syrup”? | iStock.com/showcake

It’s illegal to sell fake syrup and call it maple syrup, so some brands (ahem, Aunt Jemima) came up with the brilliant idea to call it “pancake syrup” and hope customers didn’t notice. Most commercial syrups contain corn syrup and not much else.

As with most things, label reading is crucial. If it doesn’t say 100% pure maple syrup, then it doesn’t have the nutritious value of the stuff that comes from maple trees.

Next: There’s no regulation for this product. 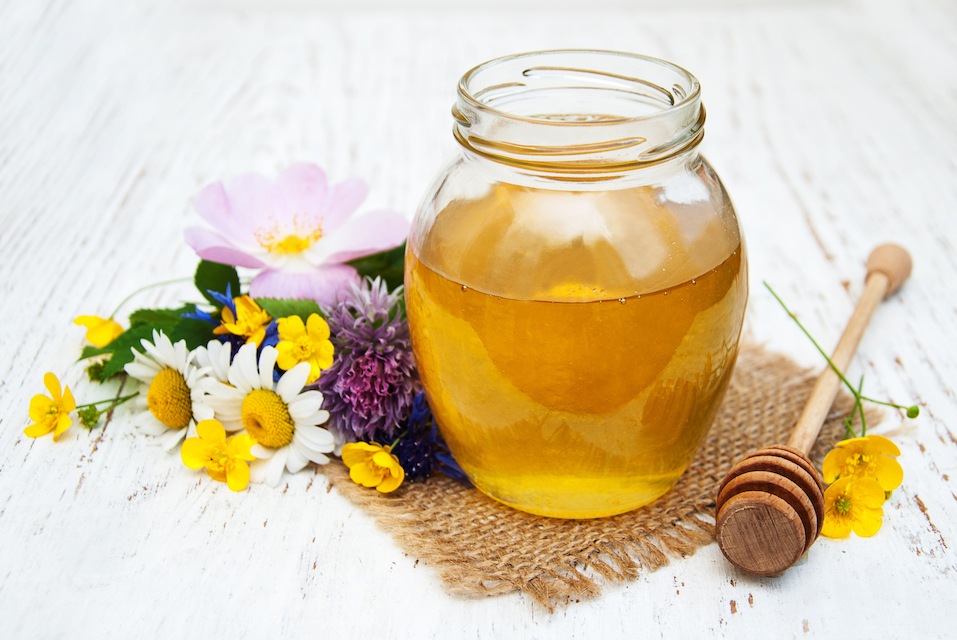 Before you add that cute plastic bear bottle to your cart, check the label. There’s a good chance it has cheap ingredients like high fructose corn syrup in it. The product that’s worth your money should only contain one ingredient: honey.

Want to make sure you’re not getting duped? Buy your honey from a local farmers market instead.

Next: This popular beverage could have cheap fillers. 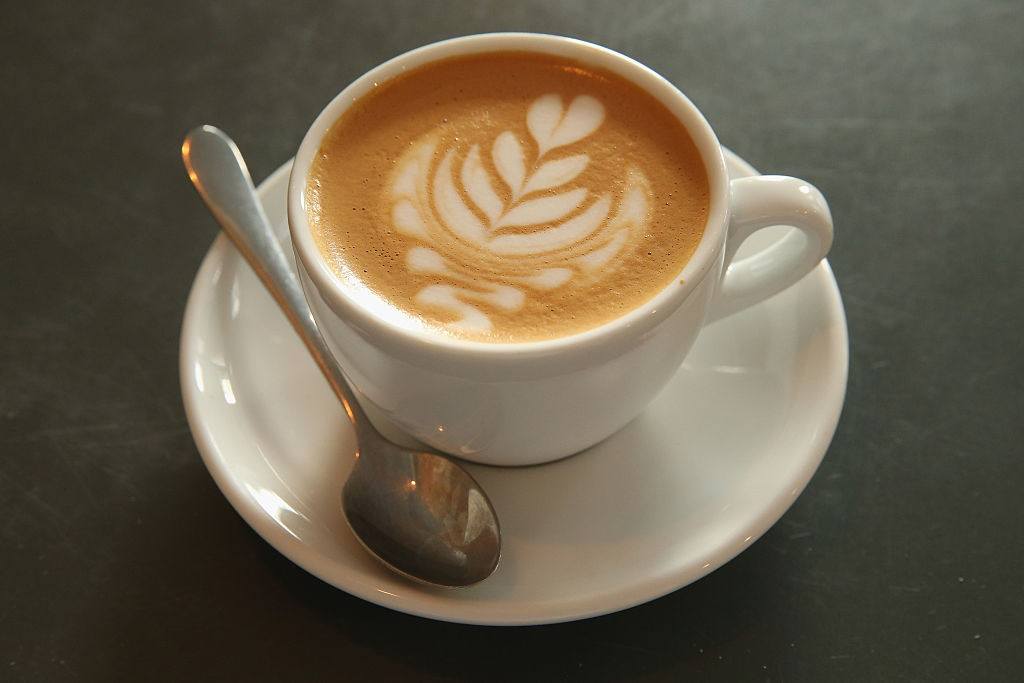 Your coffee could have cheap fillers. | Sean Gallup/Getty Images

Coffee drinkers, beware: your beloved beverage might be cut with cheap fillers.

Next: Don’t be shocked to find weeds in this product. 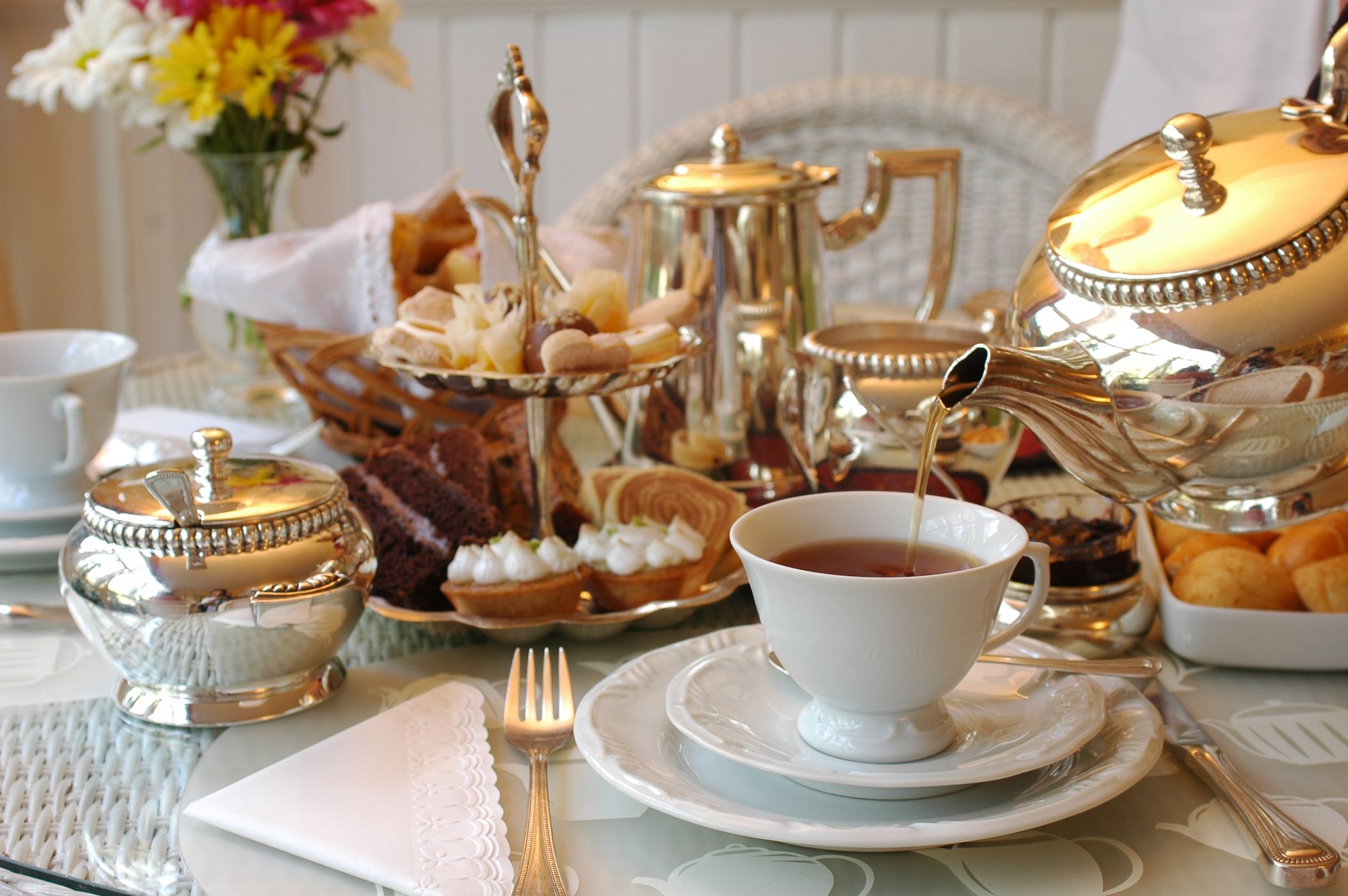 Your tea might not be fit for a queen. | SergioZacchi/iStock/Getty Images

The Congressional Research Service filed a report in 2014 that stated food manufacturers often add sawdust, leaves, and other plant matter to tea to make it last longer.

Next: Skip the fake by grinding your own of these. 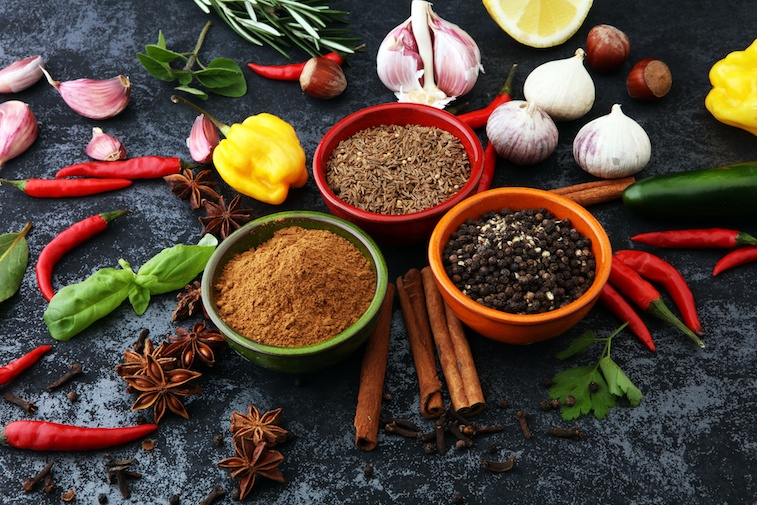 Your turmeric might have corn, your nutmeg might have pepper, and your oregano could be polluted with straight up weeds. Since most spices are imported, it’s difficult to regulate how they’re harvested or packaged.

The best way to ensure your spices are undiluted is to break out the mortar and pestle and grind them up yourself.

Next: This is almost always diluted. 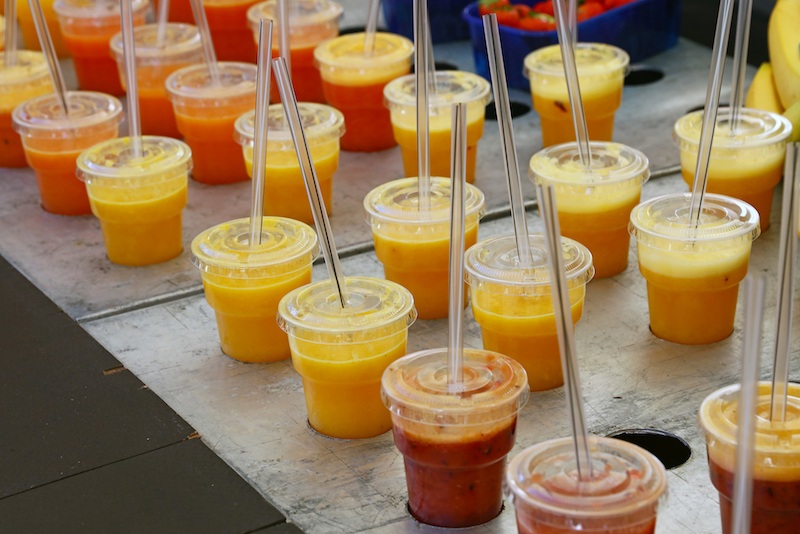 Your juice might not be the blend you think. | Breaking The Walls/iStock/Getty Images

Check the label on your favorite exotic berry juice blend — most of the time, you’ll find it’s cut with cheap apple juice. And while you may think that’s healthy enough, take heed. Most apple juice in the United States is made with concentrate from China, which often contains banned pesticides and chemicals.

Next: The faux version of this can be dangerous for certain people. 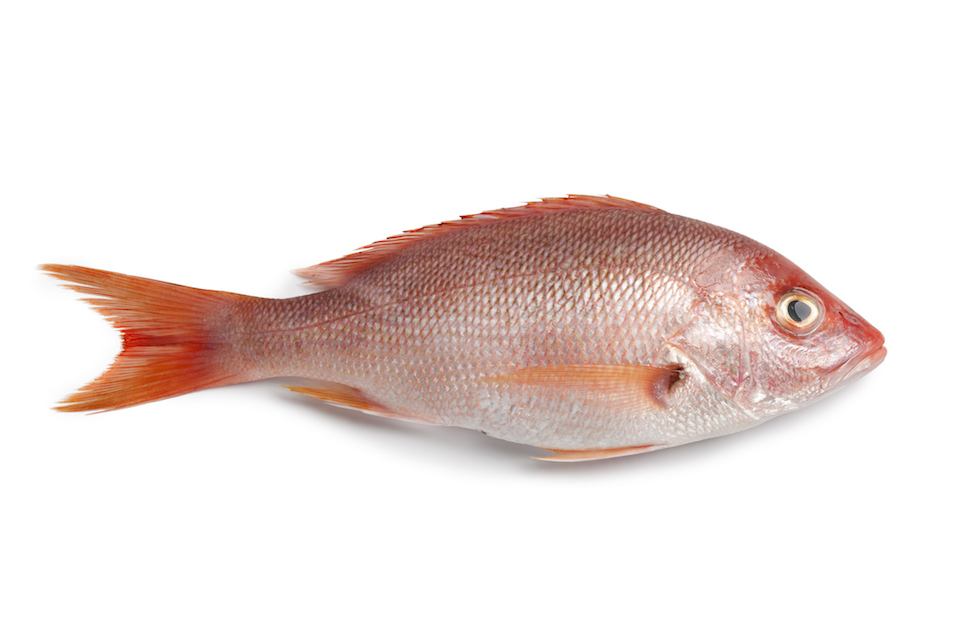 This expensive fish is faked all the time, which can be a real problem for young children and pregnant women since mercury-laden tilefish is often used in its place. Unless you catch it yourself, it’s safest to just skip purchasing this type of seafood.

Next: Not many places sell the real version of this product. 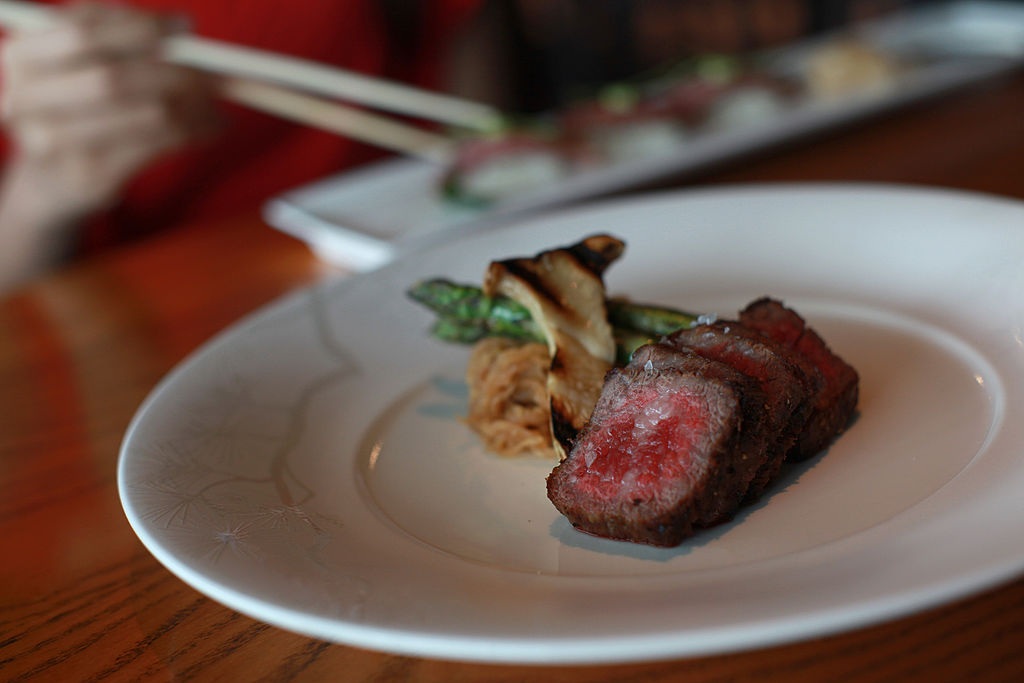 There are only nine restaurants in the United States that carry this pricey beef. If you’re not dining at one of them, you’re most likely not eating it.

Next: The real version of this is way too expensive. 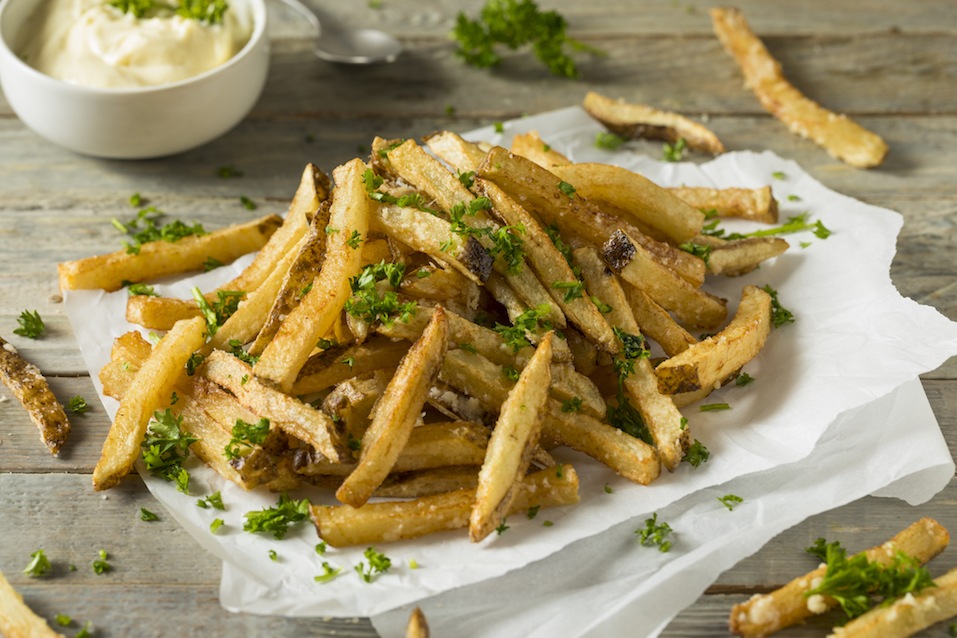 Those truffle fries might not have any truffle oil after all. | iStock.com/bhofack2

There’s something about ordering “truffle fries” that just sounds so fancy. But since genuine truffle oil is so expensive, most of the time you’re really eating chemicals that have been made to taste like truffles.

Next: Celebrating with the fake version of this is fun, too. 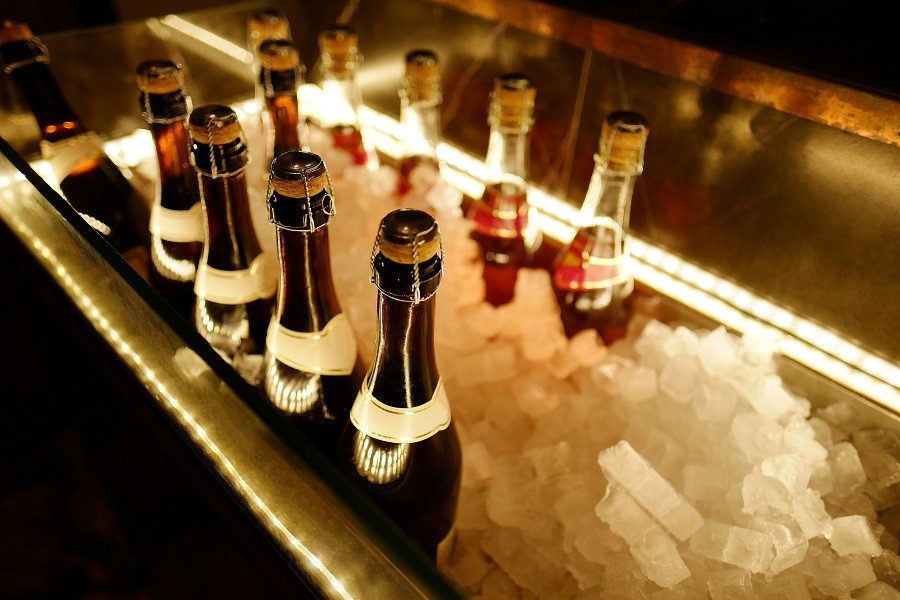 Most Champagne is not the real deal. | Cdrw73/iStock/Getty Images

Chances are that bottle of bubbly you popped in celebration isn’t Champagne after all — it’s a sparkling wine.

“By some estimates, more than half of the wine labeled ‘Champagne’ sold in this country is not the real deal, and there are many producers, from Long Island to the Finger Lakes to California, with the biggest being Cook’s, André, Great Western, and Korbel,” Olmstead writes. 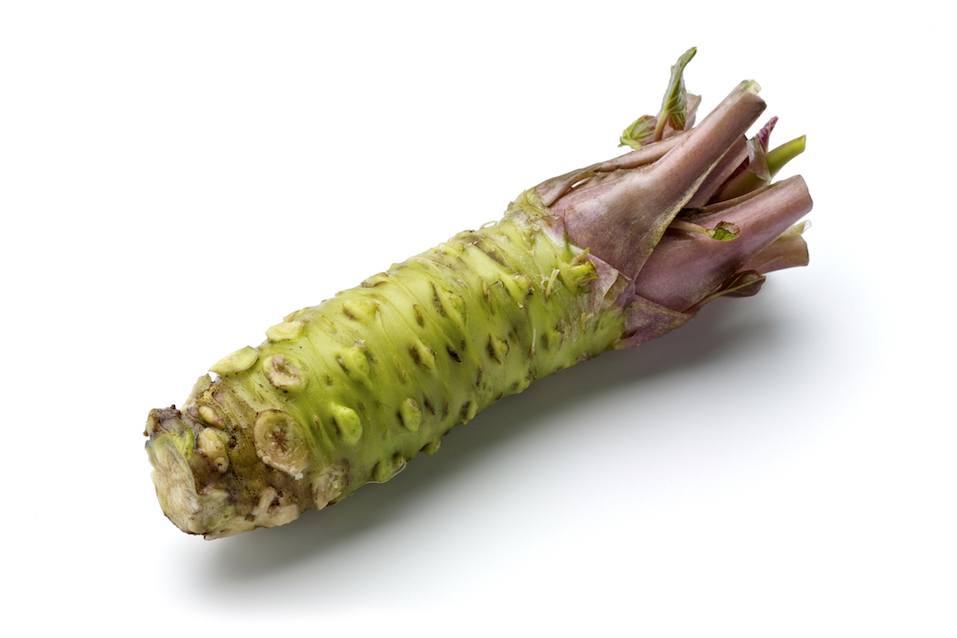 That little green blob on your sushi tray is leagues apart from the traditional Japanese wasabi that can cost up to $100 per pound. To mimic the taste (but not the price), 95 to 99 percent of American sushi restaurants use a mix of mustard, horseradish, and green food coloring to create their wasabi-like substance.

Next: Here’s yet another fish that isn’t always what it seems. 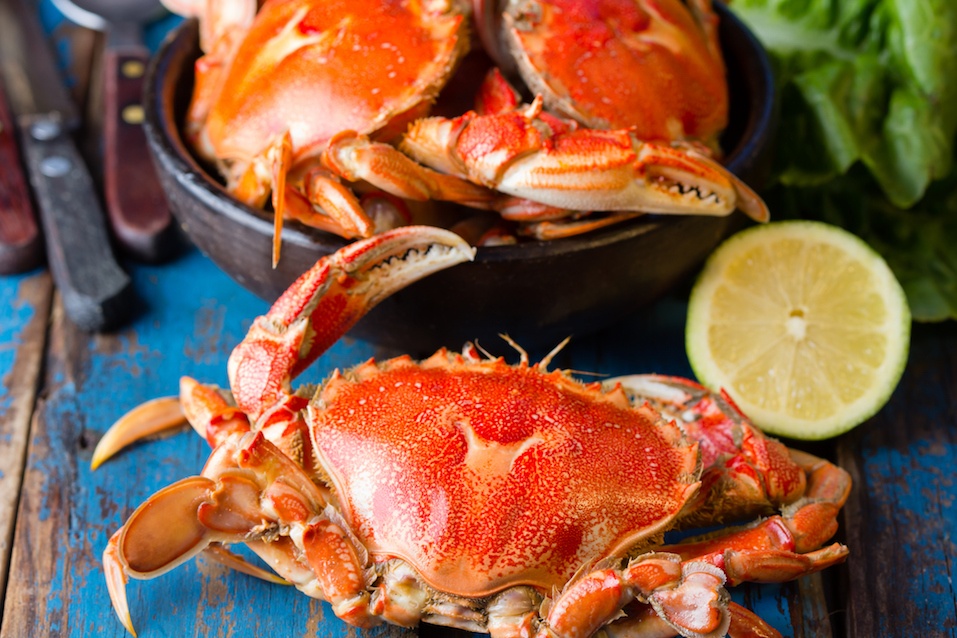 You might have imitation crab on your plate. | LarisaBlinova/iStock/Getty Images

Crab meat is faked all the time to save money in everything from sushi to soup. Imitation crab, also called kamaboko, is made from ground up white fish that’s dyed to look real. It’s been referred to as, “the hot dog of the seafood world.”

Next: This only sounds healthy. 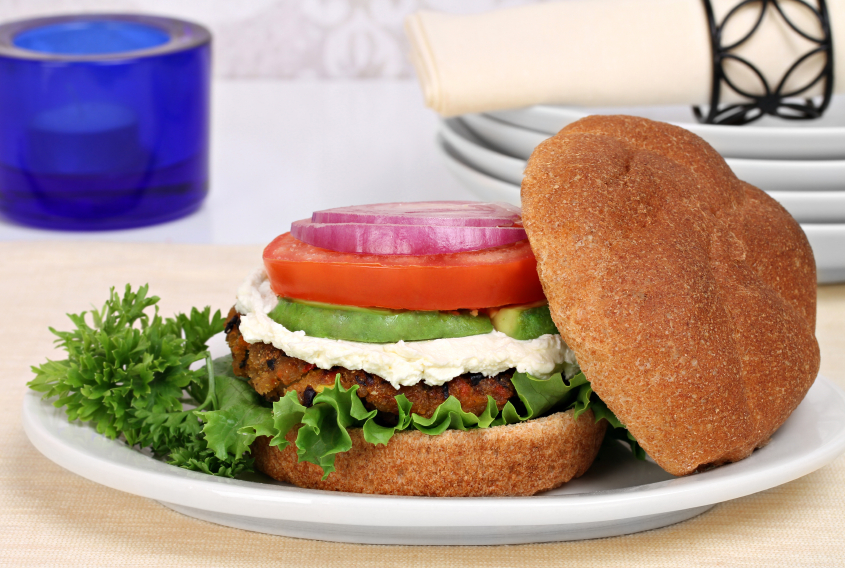 Opting for a veggie burger may sound like the healthier option, but most of the time these don’t have many vegetables in them at all. Veggie burgers are usually made with processed ingredients such as wheat gluten, soy, and vegetable oil, so they’ll taste like meat.

Next: Never order this at the movies. 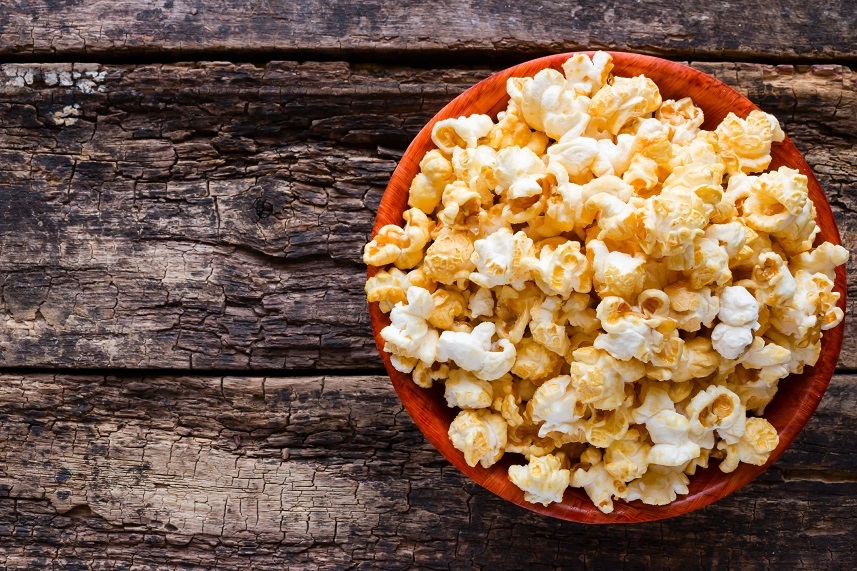 That liquid butter is hardly the dairy item. | iStock.com/itakdalee

Butter isn’t bad for you — but the scary liquid they squirt onto your popcorn at the movie theater is a far cry from the dairy item made from cow milk. Buttery topping is made from hydrogenated soybean oil (a trans fat), artificial flavoring, beta carotene, and preservatives.