4 Airlines That Have Awesome Amenities

It is safe to say that air travel is equally stressful and boring. The only thing that seems to make it feel a little better is having good amenities, no matter what section you are seated in. With your own television screen, lots of entertainment choices, food and drinks on demand, and even Wi-Fi, sometimes sitting in coach can almost feel like sitting in first (OK, it’s a little tight, but still…). Here are the airlines with the best and most interesting amenities, 35,000 feet up in the air.

Jet Blue really makes flying not that bad. Every single seat has an individual screen on the seatback featuring Direct TV. Older planes have 36 channels and the newer aircrafts have over 100 with an onscreen guide, so it almost feels like channel surfing at home.

There are also outlets so you can plug in your laptop or charge your phone. There is also Wi-Fi called Fly-Fi. There are two Fly-Fi options. If you just want to do regular Internet things, like update your Facebook, shop, or read the Cheat Sheet, you can do that for free. If you want to watch streaming video using Netflix, HBO Go, etc, it will cost you $9 per hour. However, because Fly-Fi is sponsored by Amazon, if you have a Prime account, you can stream Amazon’s video for free. Additionally, there is a good amount of on-demand entertainment. It is nearly impossible to feel bored on a Jet Blue flight.

Jet Blue also has free soft drinks and snacks at a grab-and-go kiosk on the plane, so you can just get up and get snacks on your own without having to ask a flight attendant. It totally takes away the awkwardness out of eating three bags of Terra Chips. You can also order premium snacks, meals and booze on your screen.

Newer Jet Blue planes have their own version of First Class called Mint. Mint seats go fully flat, so you can actually sleep on the Red Eye. Plus, they give you fancy amenity kits from Birchbox. And if Mint isn’t in your budget, you can always book the Even More seats with extra legroom. 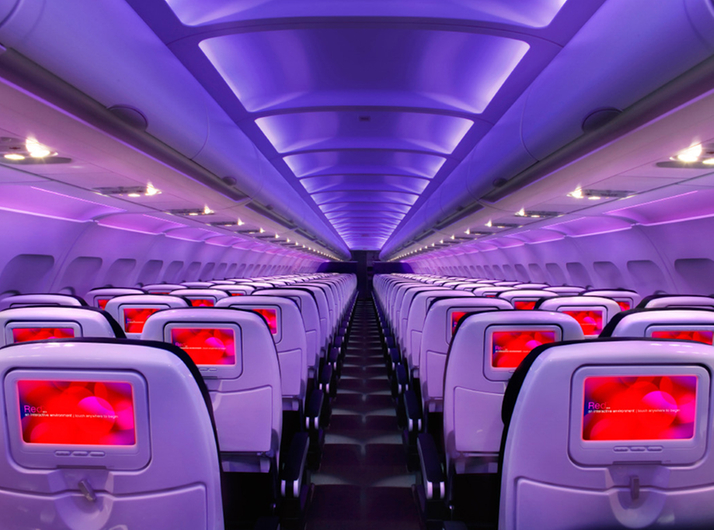 Virgin America has 23 different live channels to watch including the GoPro Channel and Boing Boing. There is also plenty of premium and on-demand content as well as exclusive content. Like Jet Blue, Virgin America also has outlets at every seat.

Their Wi-Fi is on a system called Gogo, which unfortunately isn’t free. However, there are a variety of plans to choose from. The other downside is that Gogo doesn’t support streaming video, so you need to abandon your binge-watching plans. However, binge eating is totally allowed because their food and snacks tend to be much better than your typical airline faire.

If you want to upgrade your seat, you can sit in Main Cabin Select, which has additional legroom and First Class, which gives you an extra 2 feet of legroom. 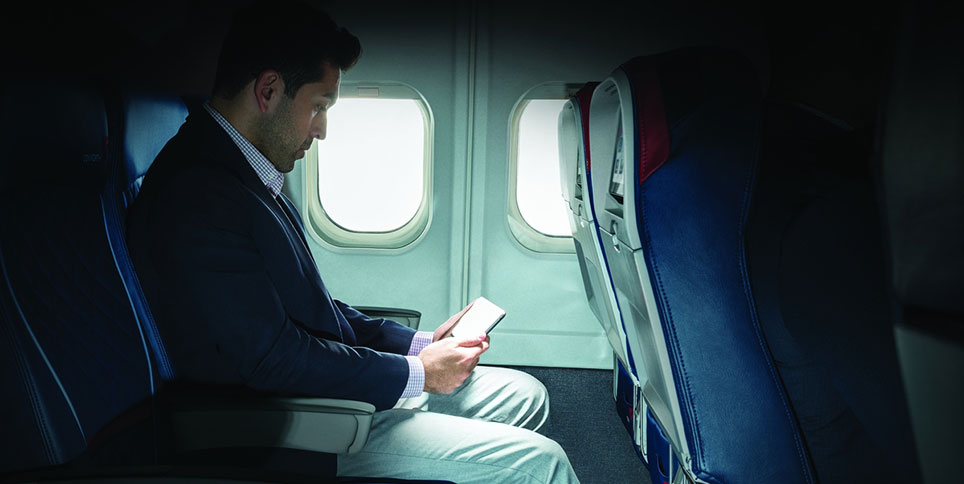 Delta might be an old school airline, but it has new school entertainment. With its Touch And Go System, you have access to 18 live channels, up to 300 movies, HBO, Showtime, music, games, and even TED Talks and podcasts. If Wi-Fi is important to you, note that Delta has more Wi-Fi on more flights than any other domestic airline. By the middle of 2016, Wi-Fi should be available on all long-haul international flights.

Southwest is a budget airline, but its Live 35 program gets you into a concert for just the price of your seat. Some of your favorite bands including O.A.R, The Imagine Dragons, Better Than Ezra, and the Plain White T’s have performed surprise concerts 35,000 feet up in the air. Despite Southwest’s seats being notoriously small, a free concert might just make the squeeze worth it.