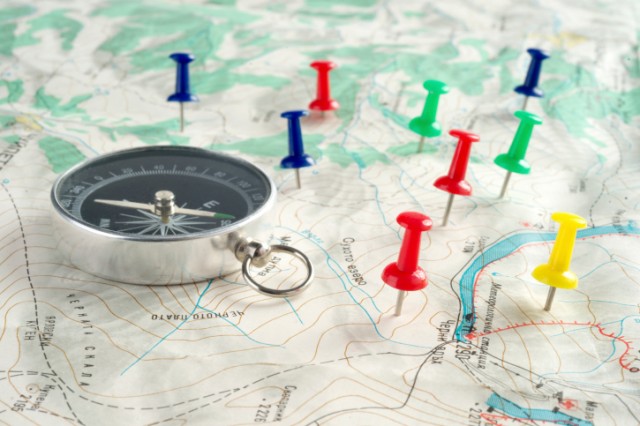 Traditionally popular spring break destinations like Cancun, Miami, Panama City Beach, and New Orleans may be fun, but they aren’t always cheap. Plus, with thousands of visitors descending on these towns, rooms book up quickly, beaches are packed, and traffic is often at a standstill. It’s enough to make you want to just stay home. People aren’t hesitating to pack their bags this year, however. Seventy-five percent of millennials, 68% of gen Xers, and 59% of baby boomers were planning a leisure trip in 2015, according to American Express.

Even budget travelers can have fun in the sun this spring break, especially since the price of a plane ticket to many popular destinations is down this year compared to 2014, according to Expedia. Whether you’re a college kid looking to party, a family with kids wanting to play in the surf, or a 30-something solo traveler, there are plenty of affordable places to head for a vacation. We’ve put together a list of four spring break destinations, including some major cities and popular beach spots, where average airfares and/or hotel room rates fall below U.S. averages, based on data from Orbitz, Expedia, and Hotels.com.

The list isn’t foolproof. How much you’ll pay depends on your travel dates, where you’re traveling from, and general availability. But setting your sights on one of these four locales could increase your chances of scoring a flight that costs less than the domestic round-trip average of $396 (per the Bureau of Transportation Statistics), as well as a hotel room below the $137 per night U.S. average.

Flight and hotel stats based on data from Orbitz, Expedia, and Hotels.com.

Las Vegas may not be the cheapest spring break destination (especially if you like to gamble), but it can be affordable if you play your cards right. The average Vegas airfare is down 10% from 2014, and hotel rooms run an average of $115 per night. But March is also the most popular month for travelers to visit Vegas, says the Las Vegas Convention and Visitors Authority, which means you’ll be competing for any deals.

Want a cheaper alternative to Vegas? Look north to Reno and Lake Tahoe, where the average hotel costs just $83 per night. You can take advantage of gambling and nightlife, as well as skiing and snowboarding at one of the 15 nearby ski resorts.

It may not have a beach, but an abundance of theme parks, plus an average March high temp of 78 degrees Fahrenheit, has long made Orlando a popular destination for families with children. And with an average hotel cost of $103 per night, it’s cheaper than many other spring break spots such as Miami, where hotel rooms are almost twice as expensive, at $199 per night. Average airfare was $350 round-trip, also below the U.S. average. Overall, the great deals available in the home of Walt Disney World led it to be named one of the 15 most affordable 2015 destinations by Priceline.

For those who can’t give up a day at the beach, Orlando is also driving distance from both the Atlantic and Gulf Coasts. Daytona Beach is roughly an hour away, while St. Petersburg can be reached in two hours.

San Diego was a top spring break destination for students in 2014, according to Priceline, and it’s an unexpectedly affordable one at that. This year, Orbitz highlighted San Diego as its top pick for “lower-occupancy destinations for deals.” The average airfare was below average at $372, though the average hotel was a bit higher than average at $143 per night. In comparison, the average hotel room in nearby Los Angeles cost $164 per night. For those who prefer a spring break road trip, San Diego is also less than a six-hour drive from cities like Phoenix, Tuscon, Ariz., and Las Vegas.

While popular San Diego attractions like SeaWorld, the San Diego Zoo, and Legoland aren’t cheap, the city does offer some more wallet-friendly activities. Old Town State Historic Park is free to visit, as is the 1,200-acre Balboa Park. Area beaches are free or inexpensive as well. But be forewarned: While there may be sunshine, it could still be too cold for swimming. The average water temperature in San Diego Bay in March is just 62 degrees, compared to 75 degrees in Miami Beach.

If you’re dreaming of surf and sun, then spring break in Chicago isn’t the way to go. But if budget is an issue, you may be able to save by visiting the Windy City in the spring. In fact, Orbitz ranked it the seventh-most-popular spring break destination for 2015. The average airfare was $271, (down 10% from last year), and hotels rooms average $166 per night.

While the weather can still be unpredictable in March (snow isn’t unheard of), and the average temperature is 46 degrees Fahrenheit, Chicago offers plenty of attractions, particularly for families with children, including Millennium Park and Lincoln Park Zoo (both free), as well as the Museum of Science and Industry and musicals like The Book of Mormon and The Addams Family.