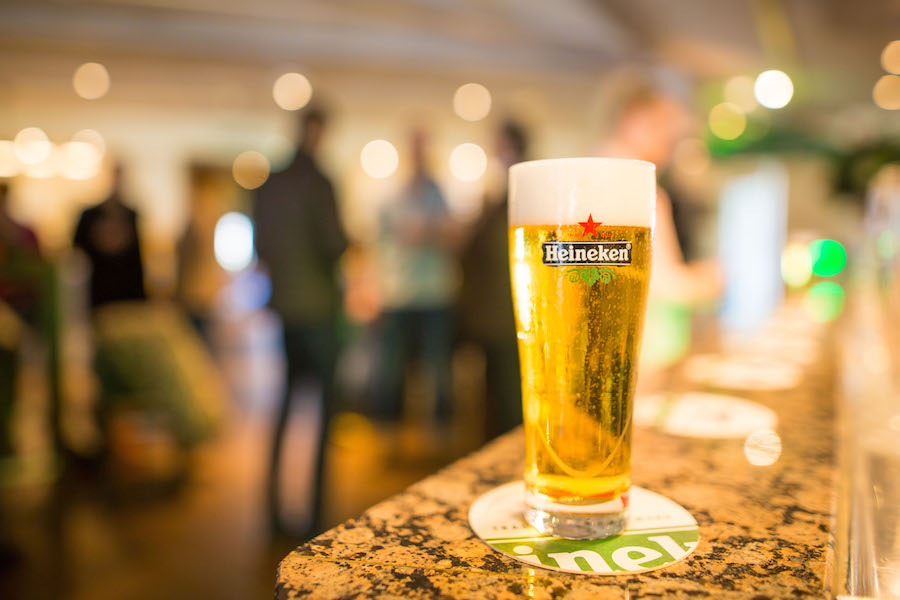 Heineken is loved by beer drinkers all over the world for its rich and refreshing flavor. But have you ever wondered how the company got its start, or how it ensures its beer always tastes great? The Cheat Sheet recently got the opportunity to travel to Amsterdam and learn more about what’s behind the star, and in the process, we learned a lot about the company’s history, its beer-making process, and how it recreates the same great flavor in every bottle. Here’s a look at five fun facts you probably didn’t know about Heineken.

1. The founder of Heineken knew very little about beer

Gerard Heineken was 22 years old when he took over De Hooiberg, a brewery that had been around since the 17th century, on February 16, 1864. Prior to the purchase, the brewery was struggling, but Gerard didn’t let this, or his lack of knowledge about the industry, dissuade him from showing interest in purchasing it. Heineken: The Brewery in Amsterdam, by Marielle Hageman, states: “Heineken knew very little about beer, as he himself recognized, but that according to the commissioners, need be no obstacle; he would learn the profession soon enough.” And he did. Despite his lack of industry knowledge, Gerard went on to create a very successful business. 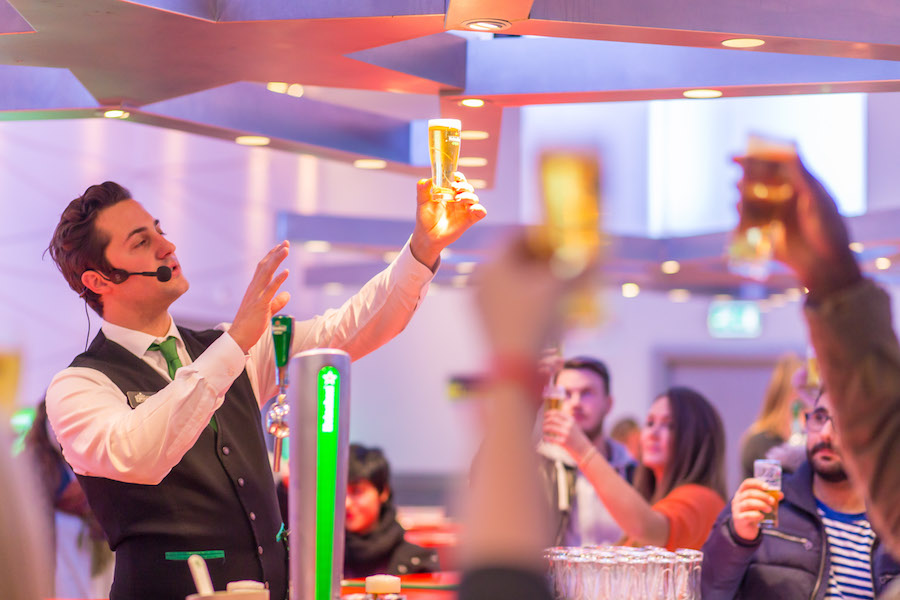 Willem van Waesberghe, the global craft and brew master at Heineken, describes Heineken beer as refreshing, with a balance of bitterness and fruity notes — particularly banana. This flavor is achieved by only using three pure ingredients: water, malted barley, and hops, Heineken explains. Prior to brewing, barley grain must be malted, which involves converting grain into malt by soaking it in water and allowing it to germinate. This process helps give beer its distinct flavor.

Heineken describes hops as “the flavor-makers of beer,” adding that it also extends beer’s shelf life. Because almost 95% of beer is water, it plays an important role. In addition, only clean, high-quality water is used, thus ensuring the beer has great flavor.

3. Heineken created a special yeast for its beer

Ever wondered what’s responsible for Heineken’s rich flavor and aroma? Heineken explains that the beer’s great taste is the result of A-Yeast. According to Heineken: The Brewery in Amsterdam, Gerard set up a lab in 1886 and left the chemist Dr Hartog Elion in charge of discovering a strain of yeast to use in Heineken beer. Elion, along with French chemist Louis Pasteur, cultivated two pure strains of yeast: the Heineken A-yeast and the D-yeast. In autumn 1886, Heineken brewed its beer using the A-yeast, and it was a success. Heineken: The Brewery in Amsterdam states that in 1889, the beer received a gold medal at the Paris World Exhibition.

Van Waesberghe explains that A-yeast is still used in its beer today, adding that the “yeast strain gives the unique taste to the beer.”

4. Heineken tweaks its recipe every year 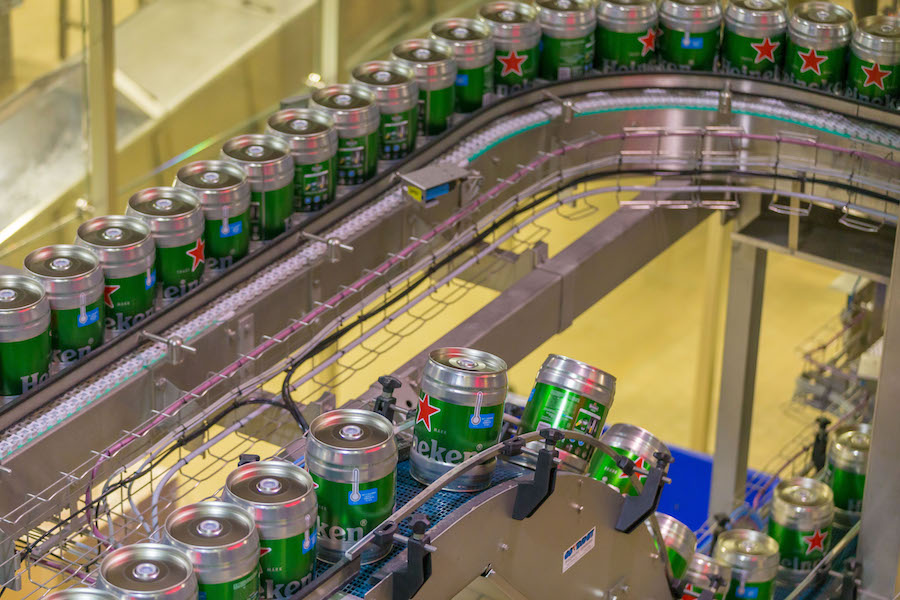 Heineken has a basic recipe that it follows for each of its batches of beer, but in order to get the exact same taste every year, the recipe must be tweaked on an annual basis. Van Waesbergh explains that this is because every harvest season is different. The beer needs the exact same amount of sugars in every harvest, but since each growing season creates a different harvest, the amount of barley used must be tweaked. “It’s not about the recipe, it’s about the original taste,” says Van Waesbergh.

Many beer companies use vertical fermentors, but Heineken uses horizontal tanks instead. Van Waesbergh notes that horizontal tanks are more expensive because they take up more space, but it’s worth it because the fermentors help give the beer its flavor. According to Heineken, the company discovered horizontal tanks create the perfect pressure for its A-yeast, which is essential to getting the beer’s rich, balanced taste.

“We used to keep our horizontal fermentors a secret,” Van Waesbergh said, “but we wanted to start talking about it so consumers know. We’re proud of the beer we’re making.”