New Orleans is known for many things. One of those things is ghosts, and it’s easy to understand why. The city’s history is filled with violence, tragedy, and death, and the architecture lends itself to the telling of frightening tales. As you walk through the French Quarter at night, made all the darker by the balconies that overhang the sidewalks, it’s easy to imagine yourself strolling through the city in the 1800s. If you’re in a section of the Quarter where the only light is coming from the dim gas lamps, it’s even easier to convince yourself that it’s not 2016.

There is no way a visitor to New Orleans could visit every location that is allegedly haunted without carving out an enormous amount of time to do so. Most people don’t have the means to spend months enjoying a vacation, so with that in mind, this list is relatively narrow, including five locations to visit if you have any interest at all in the paranormal.

Not included in this list are the famous New Orleans graveyards, but that doesn’t mean you shouldn’t visit these locations. You absolutely should, but to include them on this list just seemed a little too obvious. If you do visit New Orleans, make sure you leave plenty of time to explore as many of the French Quarter and Garden District graveyards that you can.

Without further ado, here are the haunted spots you must visit in the Big Easy.

From the street it looks like just another New Orleans mansion, but the past of the house, once owned by Dr. Louis Lalaurie and his wife Delphine Lalaurie, is very dark. Rumor around New Orleans was that Delphine realized unspeakable cruelty on the slaves that tended to the house. It is said that those rumors became reality after a fire broke out in the kitchen of the home in 1834.

As Delphine attempted to save her valuables from the flames, others went to look for the homes servants. What they found, in the attic of the home was a room straight out of a horror show. When the door to the quarters was opened there were, according to the New Orleans Bee, “seven slaves, more or less horribly mutilated … suspended by the neck with their limbs stretched and torn from one extremity to the other.”

It is said that after the fire Lalaurie fled the city for France. It is also said that the anguished souls of those that tended to the whims of Lalaurie remain in the home. 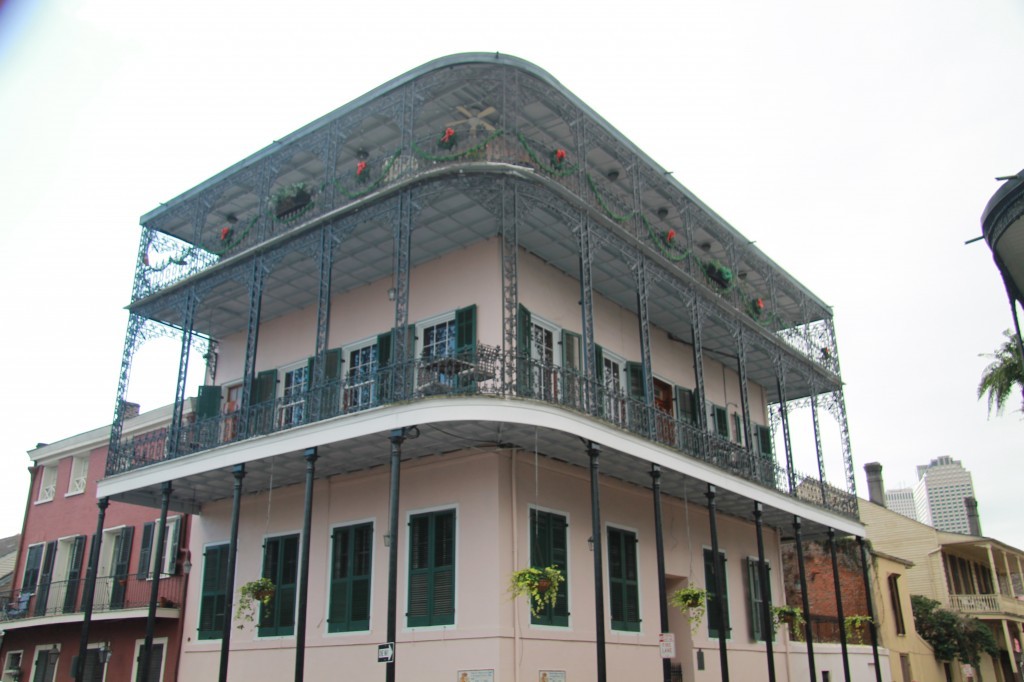 The house at 716 Dauphine is another beautiful mansion located in the French Quarter, and like the Lalaurie mansion, it has a rumored sinister past.

The official name of the mansion is the Gardette-LaPrete House — named after the man that built the home in 1836, Joesph Coulton Gardette, and the man he sold the home to in 1839, Jean Baptiste LaPrete. The story is the building took on the nickname “The Sultan’s Palace” after LaPrete leased the home to a man claiming to be a Turkish merchant. That man said he was obtaining the home for his brother, a sultan.

The reality was that the man was obtaining the home for himself, for he had fled Turkey with riches stolen from his brother, the sultan. Oh, and also wives. He had taken some of his brother’s wives along with those riches. His hiding place turned out not to be all that secret, and the true sultan sent a group of assassins to New Orleans. That group, using swords, set upon the imposter Sultan and killed him as well as the women he had fled with to New Orleans.

It is said the ghost of the man who claimed to be the sultan remains in the home. The mansion last sold in 2010 for $2 million. 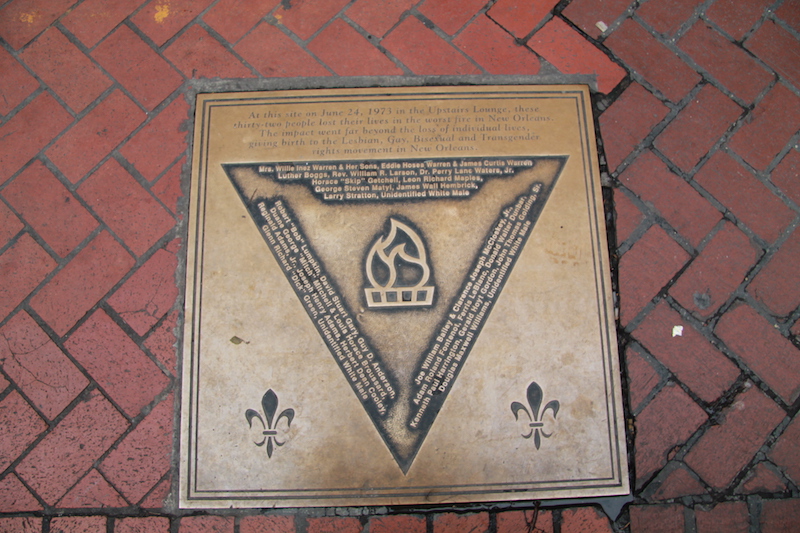 This is one of the lesser-known haunted locations in New Orleans, but also one of the most horrifying haunting stories. The Upstairs Lounge was a well-known bar located on the second floor of 141 Chartres Street in the French Quarter. On June 24, 1973, the bar was crowded with folks celebrating the final day of Pride weekend when the building was firebombed.

The building had no emergency exit lighting, and the windows on the second floor had security bars on them. Some people were able to escape the flames through the bars while others were able to flee through a door that was mistakenly locked after them. Many others died inside the bar, including Bill Larson, the pastor of the LGBT-friendly Metropolitan Community Church, who had held a service earlier that day at the bar. Larson died while trying to escape the fire through a window; horrified onlookers watched his final moments play out from the street below.

In total, firefighters found 28 dead after they stopped the fire; four others would die on the way to the hospital. It is said that the ghosts of those that perished in the fire still reside at what is now The Jimani, a bar and restaurant. 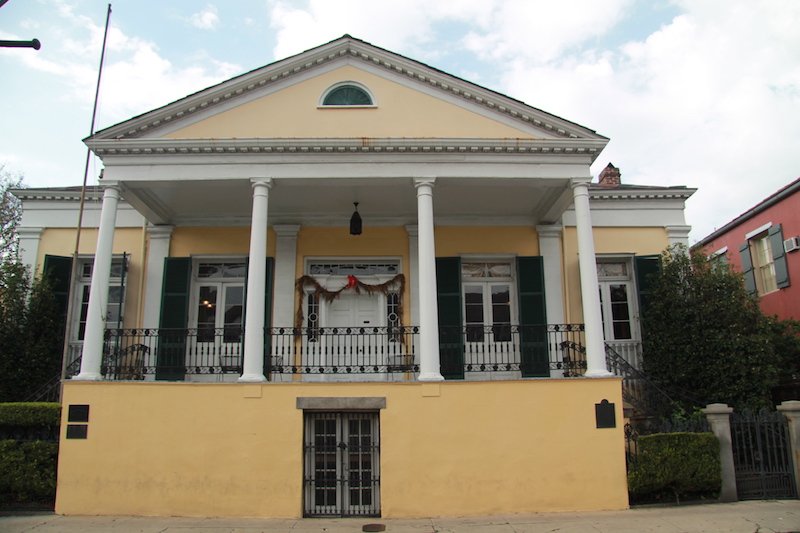 Today, for $10 you can take a tour of the Beauregard-Keyes House, located at 1113 Chartres Street in the French Quarter, and if you’re lucky, or maybe that’s unlucky, you’ll get a glimpse of those that are rumored to haunt the house.

The home, located across the street from the Ursuline Convent, was built in 1826. One of the home’s namesakes, Confederate Gen. Pierre G.T. Beauregard lived in the house in 1865-66. The other, Frances Parkinson Keyes, a writer, lived in the home from 1945 until she died in 1970.

It is said that, on occasion, a bloody battle plays out inside the house. According to the 1996 book, New Orleans Ghosts, “Horses and mules appear and are slaughtered by grapeshot and cannon. The pungent smell of blood and decay permeates the restless atmosphere.” The home has been a museum since the death of Keyes. 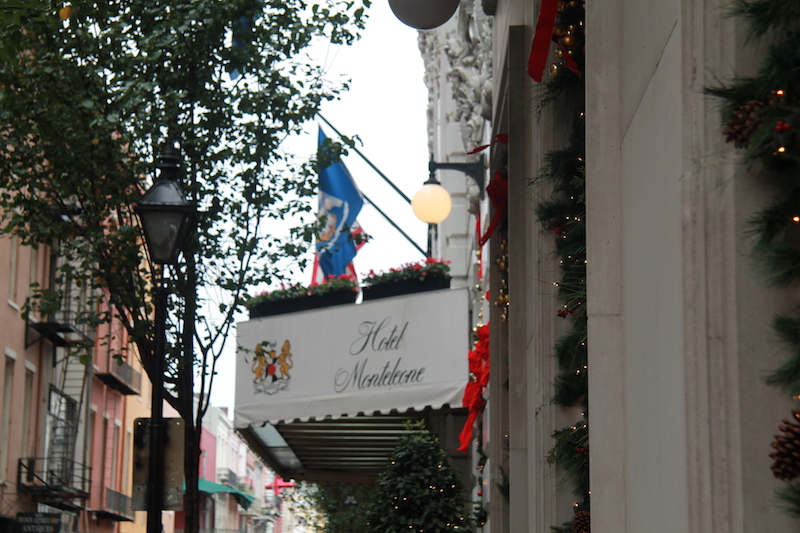 Antonio Monteleone, a shoe factory owner from Sicily, purchased the hotel that is located at 214 Royal Street in 1886. Over time, the family has expanded the hotel from its original 64 rooms to the 570 rooms it houses today.

There are many tales of haunting in the hotel, but perhaps the most famous ghost that is said to call the hotel home is that of Maurice Begere, who died of yellow fever in the hotel in the late 1800s. Maurice was in town with his parents, who attended an opera the night Maurice died. To this day, guests say they have run-ins with the young boy on the 14th floor of the hotel.