If you’re still making iced coffee by pouring some hot coffee over ice and adding milk, it’s time to rethink your approach. While some coffee connoisseurs swear by the cold-brew method and others favor the Japanese style of brewing pour-over coffee directly onto ice, those are hardly the only ways to get your caffeine fix during the hot summer months. Here are five more trendy ways to drink iced coffee right now. 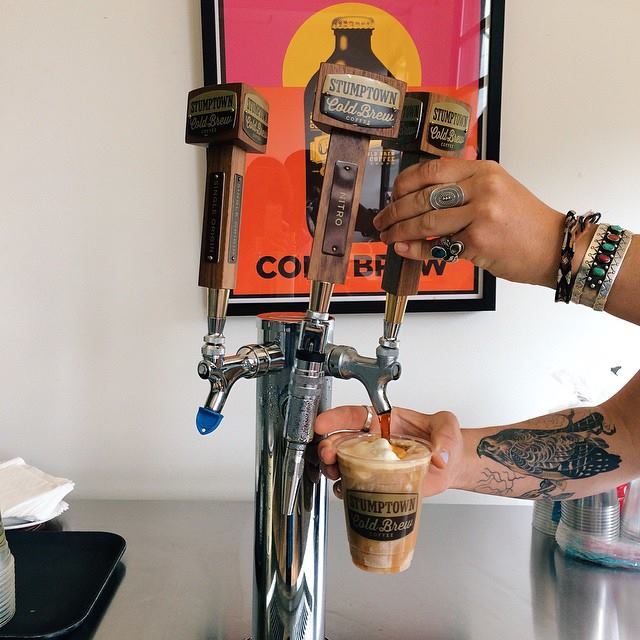 Iced coffee in 2015 is all about nitro cold brew, which involves adding nitrogen to coffee and then serving it via a tap, just like a beer. The result is a rich cup with a foamy head, not unlike a pint of Guinness, reported Refinery29.

You can find nitro cold brew at Stumptown Coffee Roasters locations and many other trendy coffee shops around the U.S. Stumptown and Cuvée Coffee also sell the super-charged coffee in cans. 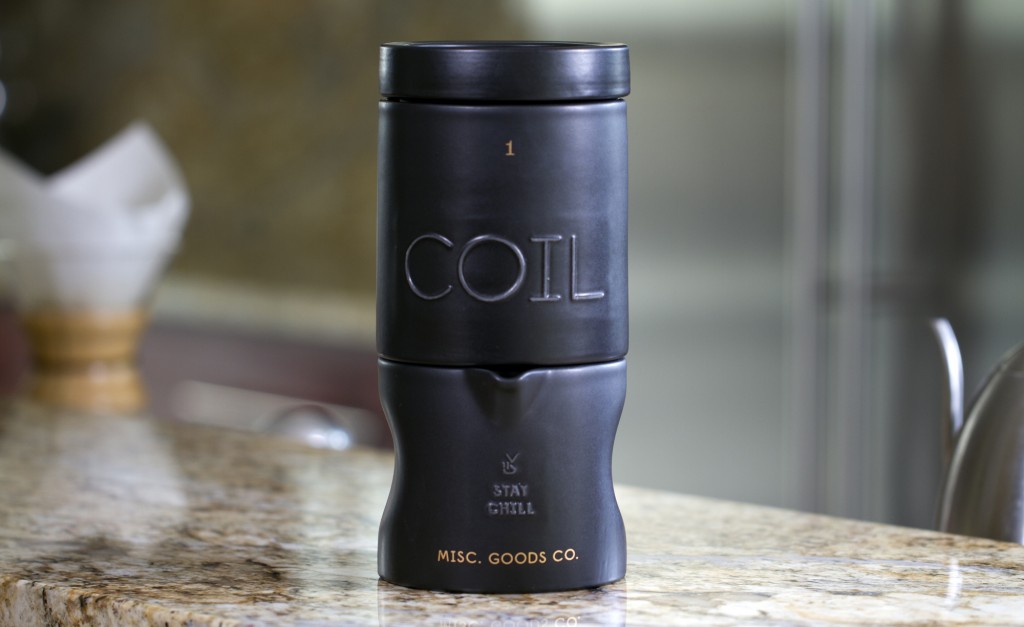 Until now, making cold brewed coffee at home has been a time-consuming process, since the grounds need to steep for hours before the beverage is ready to drink. Tyler Deeb, of Misc. Goods Co., and Chris Heiniger of Louisville’s Quills Coffee are aiming to change that with Coil, a new device that promises to quickly make a delicious cup of single-serve iced coffee at home.

Coil works by rapidly cooling the temperature of hot coffee by running it through nine feet of coiled copper tubing that is surrounded by ice water. As the coffee passes through the tube, its temperature can drop from 210 degrees Fahrenheit to 48 degrees Fahrenheit without watering down the beverage. The result is “iced coffee that can be made instantly while preserving the integrity of the coffee,” says Deed.

Coil is currently available for pre-order from Misc. Goods Co. for $259. 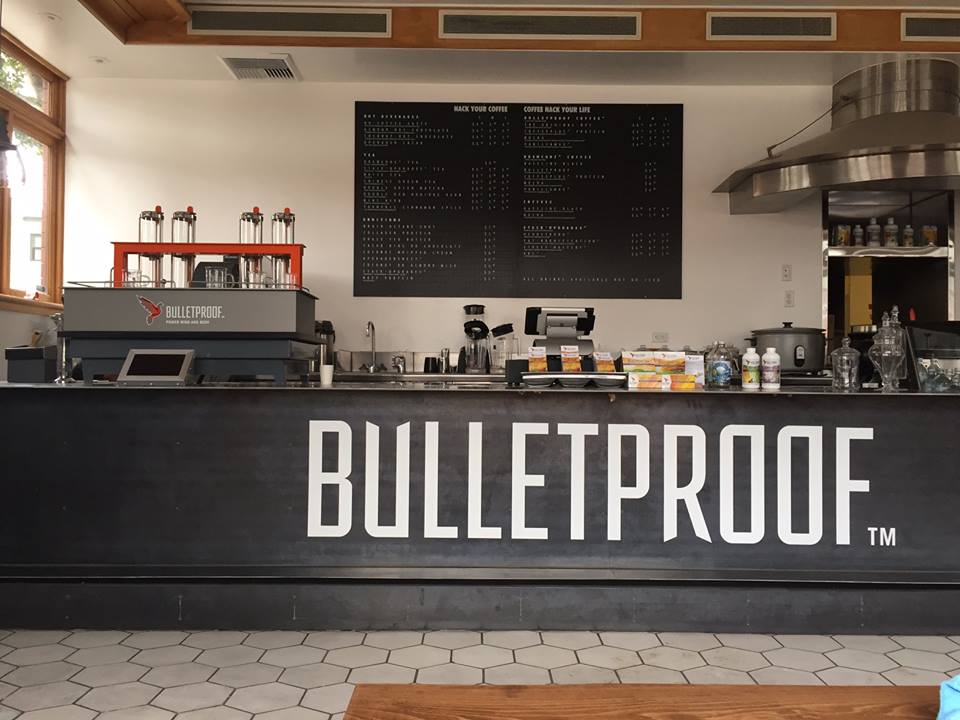 By now, you’ve probably heard of Bulletproof Coffee, a combination of coffee, unsalted grass-fed butter, and “an extract of coconut oil that improves brain energy” that promises to boost your cognitive function and increase your energy, among other benefits. Some people swear by it, and others think its much-touted health benefits are exaggerated, but either way, it’s a trend that appears to have some staying power.

Until now, you’ve had to brew up your own Bulletproof Coffee at home, but that’s all changed with the first Bulletproof Coffee Shop in Santa Monica. Baristas at the shop, which opened July 25, serve up the butter-infused concoction in either hot or iced form, and mochas and other specialty drinks are also on the menu. Dave Asprey, the man behind the Bulletproof craze, hope to open more shops in Los Angeles, San Francisco, Seattle, and other western cities, Quartz reported, so this buttery iced beverage could soon be available near you. 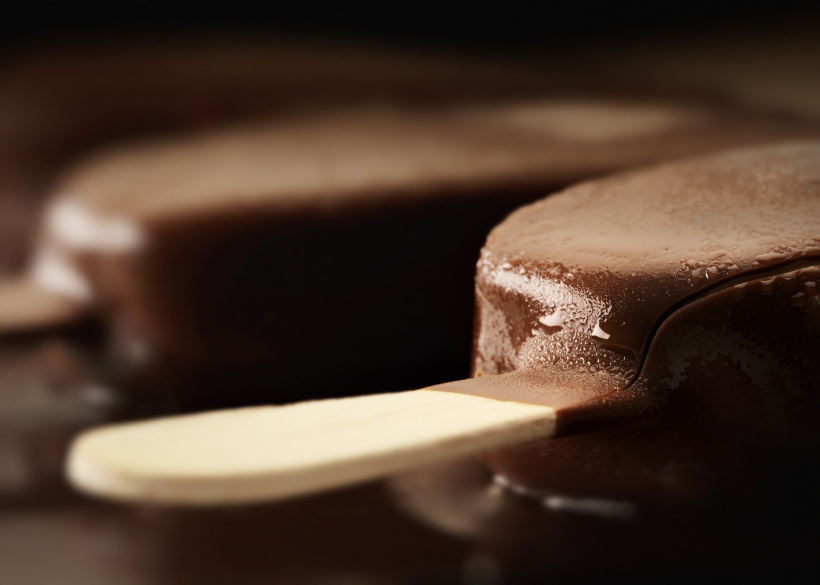 A frozen coffee popsicle is the perfect way to cool down on a hot summer day while also getting a caffeine rush. You can find these sweet treats at coffee shops like OK Café in Astoria, Queens, where the coffee ice pops are made with chicory-infused cold brew and vanilla pudding, AM New York reported. Queen of Pops in Brisbane, Australia, serves up popsicles in flavors like latte and cappuccino.

If you can’t get your hands on a coffee popsicle in your city, they’re easy enough to make on your own. This recipe for Vietnamese Coffee Popsicles from A Spicy Perspective yields 12 pops.

Directions: Place ⅔ cup sweetened condensed milk in a bowl or measuring pitcher. Pour the hot coffee over the top and stir until blended. Allow the coffee to cool for a few minutes.

Carefully pour the Vietnamese coffee into 12 popsicle molds until they are ⅔ to ¾ full. Place in the freezer and freeze until slushy, about 1 to 2 hours.

Mix the heavy cream with 3 tablespoons of sweetened condensed milk and vanilla. Remove the popsicles from the freezer.

Pour 1 to 2 tablespoons of cream over the top of each pop and stick a popsicle stick in the middle. Return to the freezer and freeze until hard.

To remove from the molds: Fill the sink with warm water and dip the bottoms of the molds in the water for about 30 seconds. Pull the sticks straight up, don’t turn or twist them. Eat immediately or place in freezer bags and return to the freezer. 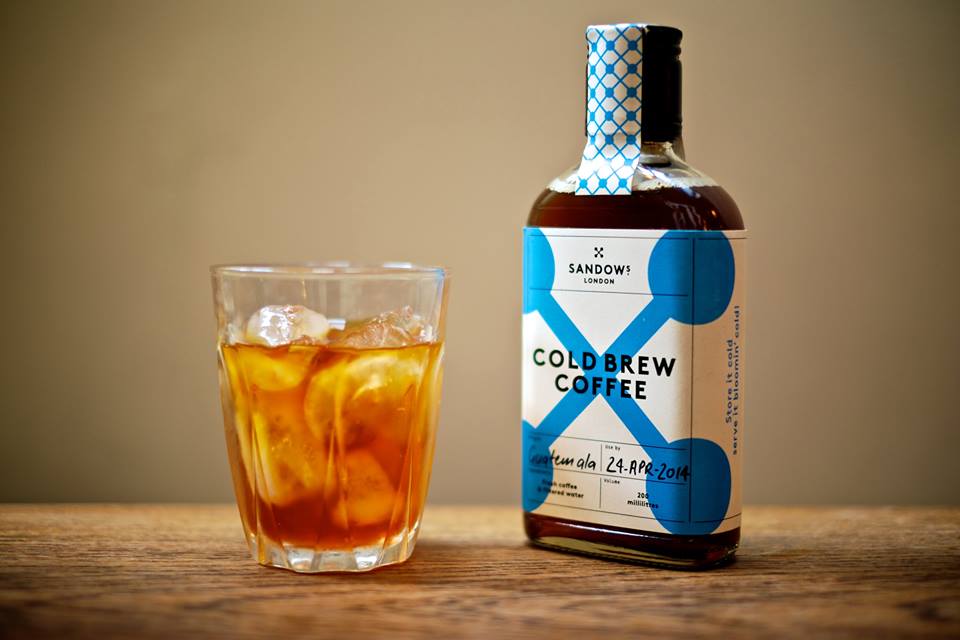 The cold brew tonic combines fizzy tonic water with cold brew coffee and is served over ice. Some versions call for an espresso shot rather than cold brew coffee, and creative baristas may add other flavors like rosemary or pomegranate. Either way, the result is a refreshing drink that’s perfect for sipping on a warm summer afternoon.

You can find variations on this coffee cocktail at many coffee shops, including Stumptown, Seattle’s Neptune Coffee, The Roosevelt Coffeehouse in Columbus, Ohio, and Box Kite in New York, Bon Appétit reported. In London, specialty coffee purveyor Sandow’s has created a boozy version of the drink. If you’re not headed across the pond anytime soon, just follow this recipe from Sprudge to make your own cold brew gin and tonic.