Donna Brazile, former head of the Democratic National Committee, released her tell-all, insider view of the 2016 election. Hacks: The Inside Story of the Break-ins and Breakdowns that Put Donald Trump in the White House focuses on the 2016 primaries, her view of the party’s missteps, and the aftermath of the election.

According to an interview with MSNBC, Brazile hopes her book, “contributes to ‘the healing of’ the Democratic Party,” however so far it has only seemed to spark controversy. These are the shocking things Brazile’s book reveals about the party and how she thinks they can heal (page 7).

According to Brazile, President Obama paid more attention to his rival group, Organizing for America, than he did the DNC’s finances. An excerpt published in POLITICO Magazine revealed that Obama left the party $24 million in debt; $15 million in bank debt and over $8 million owed to vendors following the 2012 campaign. His campaign wasn’t scheduled to pay off this debt until 2016.

Brazile revealed she was taken aback by news of the party’s debt. When Gary Gensler, the chief financial officer for Hillary Clinton’s campaign, told her the party was in $2 million debt he said Clinton’s campaign had arranged a way to assuage the issue. Brazile replied, “That can’t be true! The party cannot take out a loan without the unanimous agreement of all of the officers.”

Next: According to Brazile, Clinton didn’t help matters either.

2. Hillary Clinton ‘put the DNC on a starvation diet’

A post shared by Democratic National Convention (@demconvention) on Jul 28, 2016 at 9:00pm PDT

According to an excerpt from Hillary for America the campaign’s name and the Hillary Victory Fund had arranged a way to deal with the debt. They took care of about $10 million of the leftover debt in 2016 and placed the party on an allowance.

“As Hillary’s campaign gained momentum, she resolved the party’s debt and put it on a starvation diet. It had become dependent on her campaign for survival, for which she expected to wield control of its operations,” Brazile wrote.

Next: Brazile took the opportunity to squash some rumors.

A post shared by Democratic National Convention (@demconvention) on Jul 27, 2016 at 8:52pm PDT

Brazile faced speculation from party leaders but continues to support her side of the story. There is still controversy over whether or not the 2016 primaries were set up in Clinton’s favor, rather than Bernie Sanders. Brazile pointed out that the victory fund was supposed to be for whoever was the nominee, yet Clinton was controlling it even before she was nominated.

In an interview with NPR’s Lulu Garcia-Navarro, Brazile says, “What I said … was that in exchange for bailing out the party, which was broke, the Clinton campaign would get control over certain decisions and aspects of the DNC that made it difficult, if not impossible for me to do my job. I call it unethical, but the primary itself was not rigged.”

Next: You won’t believe what Brazile called Obama…

4. But she did call Obama’s ego ‘titanic’

@barackobama and @hillaryclinton know: we are #strongertogether. . . . #demsinphilly S.Matheson/DNCC

A post shared by Democratic National Convention (@demconvention) on Jul 27, 2016 at 9:22pm PDT

Brazile accused Obama of many things, among them caring “deeply about his image” and using the committee to act as a bank for his personal political expenses. She wrote that she knew Obama, along with Clinton and Schultz, sincerely loved the party and weren’t intentionally harmful with their actions.

However, it was Obama, Clinton, and Schultz’s “titanic egos” that Brazile claimed were to blame for the state of the Democratic Party. She wrote that “… they had leeched it of its vitality and were continuing to do so.”

Next: Brazile revealed a telling secret in her book.

Are you ready for Hillary tonight? Uncle Joe sure is. . . . #demsinphilly credit @erinschaff

A post shared by Democratic National Convention (@demconvention) on Jul 28, 2016 at 5:23pm PDT

A Washington Post report revealed another little-known tidbit to come out of Brazile’s book; while serving as interim Democratic National Committee chair, Brazile considered replacing Clinton with Joe Biden for the 2016 ticket. She began to compile combinations of nominees after Clinton collapsed at a 9/11 memorial service.

Brazile wrote that she had settled on Biden and U.S. senator Cory Booker, but it was thoughts of Clinton that kept her from making the decision. “I thought of Hillary, and all the women in the country who were so proud of and excited about her. I could not do this to them.” Brazile still described the Clinton campaign as badly mismanaged and spiritless.

Next: Here’s where Brazile thinks the party stands.

6. The Democrats are divisive in what they believe

Elections should not be auctions. In a democracy, we should have the right to elect people based on their ideas.

According to the Chicago Tribune, “Questions about whether the party’s fairness — or lack of it — to Sanders,” were resurrected by Brazile’s memoir. Democratic leaders are mainly divided on Clinton’s nomination over Sanders and the integrity of the matter.

Current DNC chair Tom Perez agreed with Brazile that the nomination wasn’t “rigged.” He pointed out that Sanders tended to lose primary elections (controlled by the states), but won caucuses (run by the DNC). Senator Elizabeth Warren took the opposing view, answering “Yes” when CNN asked her if she believed the race was “rigged” for Clinton.

The party is asking that we focus on 2020 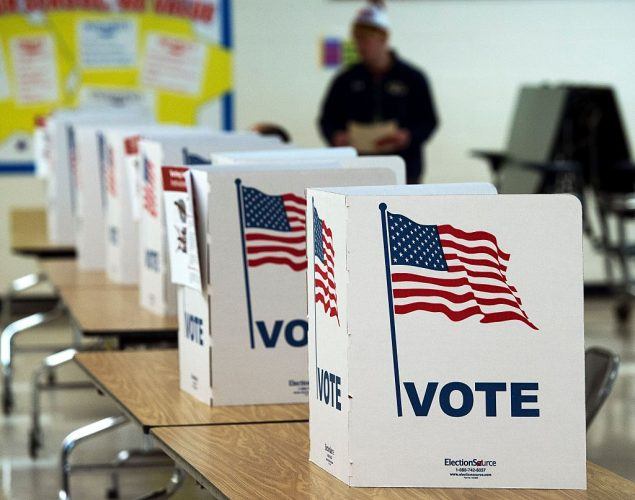 The party doesn’t want to acknowledge the past. | Paul J. Richards/AFP/Getty Images

While a Politico headline states, “Democrats shaken and angered by Brazile book,” there seems to be a more uniform Democratic message. Party leaders urge the media and country alike to put 2016 behind us and focus on the 2020 election.

Former DNC chairman and Pennsylvania governor Ed Rendell offered his opinion on the book and its aftermath. “The timing couldn’t have been worse. It does us no good to hash out all this stuff. At this point, we should be looking to the future — what’s done is done.”