Easy No-Bake Recipes to Bring to a Summer Party

Once summer rolls around and the temperatures rise, the last thing consumers want to do is preheat their ovens. That’s where no-bake recipes come in. Because while comfort food cravings generally subside in the summer, the need for easy and breezy dinners and desserts is still as strong as ever, and just because you don’t want to turn on your oven in the heat, doesn’t mean you can’t still bring something to your next summer soiree. Next time you’re on your way out to a backyard BBQ and have to bring a dish of your own, take one of these seven no-bake dinner or dessert recipes for a spin. Depending on your assigned dish, we can guarantee there’s an easy food formula on our list for everyone.

Perhaps the best way to serve up summer in a bowl without even preheating your oven is by making gazpacho. Try this recipe for the good stuff from Food & Wine. Enlisting fresh summer tomatoes, cucumbers, and peppers, this appetizer or side dish is healthy, refreshing, vegetarian, and aesthetically-pleasing. You won’t make your fellow party guests sweat with this summer soup, but you may have them asking for seconds.

Directions: In a blender or food processor, combine the tomatoes, cucumber, bell pepper, garlic, water, oil, and vinegar and process until coarsely pureed. Season with salt and refrigerate until chilled. Serve with hot sauce. 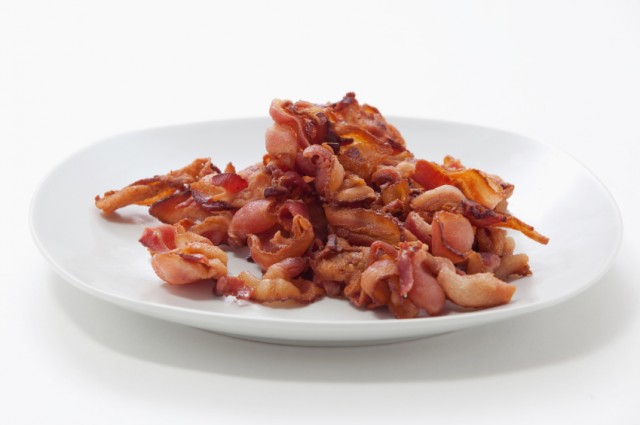 One sunny salad you can easily transport to your next summer bash is this BLT salad with olive vinaigrette from Southern Living. Partygoers won’t shy away from the greens when you mention there’s bacon in them. Simply microwave the bacon before plating it on a salad with tomatoes, eggs, basil, and cheese and enjoy your favorite sandwich in healthy form dressed in an olive vinaigrette. We know cucumber soup doesn’t sound like the most indulgent dish, but don’t knock it until you try it, and never underestimate the power of a little sour cream. This no-cook recipe for cucumber soup from Taste of Home is likely to surprise you, as it is actually deceivingly decadent, and couldn’t be easier to prepare. All you need for success are cucumbers, yogurt, garlic, and dill, and as this soup’s name suggests, you serve the dish chilled, ideally with a side of crusty bread.

Directions: In a colander set over a bowl, toss cucumbers with salt. Let stand for 30 minutes. Squeeze and pat dry.

Place the cucumbers, yogurt, onion, and garlic in a food processor; cover and process until smooth. Stir in dill. Serve immediately in chilled bowls. Garnish with additional onion and dill.

Our last savory recipe before we move on to no-bake summer sweets yields these peanut noodles and veggies perfectly dressed in a delightful peanut sauce. While many home chefs enlist peanut butter in their desserts of choice, too many forget that the popular nut butter can also star in suppers. Take this recipe from Averie Cooks and run with it. Averie has you steaming your thin rice noodles in the microwave before mixing in your vegetables, and then all you have to do is toss the good stuff in peanut sauce and serve. No party goer will be able to resist this no-cook dish, and better yet, no one will have to, as it is vegan, gluten-free, and healthy.

Directions: For peanut noodles with mixed vegetables: Place rice noodles in a large microwave-safe bowl, add about ¼ cup water, and cook on high powder until tender, about 1½ to 2 minutes or until soft; or cook according to package directions. Add the carrots, red peppers, broccoli, cherry tomatoes, peanuts, optional vegetables, and protein; set bowl aside.

For Peanut Sauce: In a small bowl, combine all ingredients for the peanut sauce and stir or whisk until smooth. Taste sauce and make flavor adjustments if desired.

Pour sauce over noodles and vegetables and toss to coat evenly. Serve immediately; or cover the bowl, refrigerate, and serve chilled. Store leftovers in an airtight container in the refrigerator for up to 3 days and serve chilled or reheat gently in the microwave before serving. 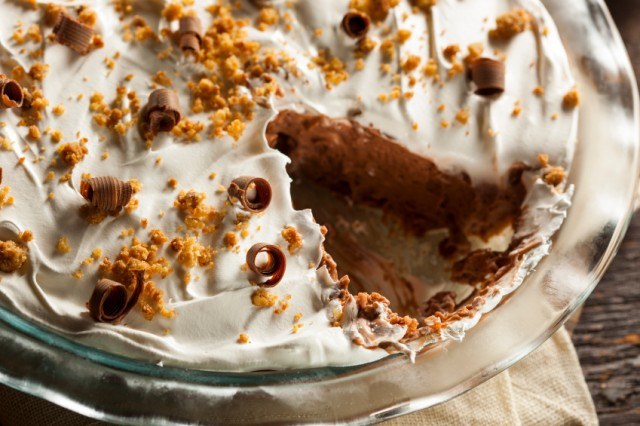 On to the sweet side of things, we come to this no-bake chocolate mousse pie. Summer is all about fresh fruit pies and crumbles, but chocolate cravings are still never far. Try out this pie featured on Fine Cooking and welcome cocoa back into your regular rotation. This recipe requires just six ingredients and can easily be made up to two days ahead. Your sweet tooth will be thanking you for this chocolate cool-down.

Grind the cookies in a food processor until they resemble wet sand, 20 to 30 seconds; you will have about 1¾ cups. Transfer to a small bowl and mix in the butter. Spread the crumbs in the pan, cover with plastic wrap, and press evenly into the bottom. Refrigerate.

Combine the chocolate, ½ teaspoon of the vanilla, and the salt in a large bowl. In a small saucepan, bring ¾ cup of the cream to a bare simmer. Pour the cream over the chocolate, let sit for 1 minute, then whisk until smooth. Cover and refrigerate for about 30 minutes to cool.

Beat 1½ cups of the cream in a medium bowl with an electric mixer on medium-high speed to stiff peaks, about 2 minutes. Whisk the chocolate mixture to loosen it, and fold it into the whipped cream with a large silicone spatula until no streaks remain.

Carefully peel the plastic wrap off the crust and scrape the mousse into the pan, gently spreading it to the edges. Cover and refrigerate for at least 6 hours.

Just before serving, beat the remaining 1½ cups cream and 1 teaspoon vanilla in a medium bowl to medium-stiff peaks. Run a knife around the pie to loosen its edges and then remove the side of the pan. Slide a spatula under the crust and transfer the pie to a serving plate. Mound the whipped cream over the mousse and top with chocolate curls, shards, or shavings. To serve, dip a knife into hot water and dry it before slicing.

Sometimes, the old-fashioned desserts are still best, and this banana cream pie from Taste of Home proves it. The silky no-bake pie is only made with bananas, pudding mix, frozen whipped topping, and milk, so the creamy filling comes together easily before filling a graham cracker crust. Consumers young and old will go for this classic pie, and this is one dessert that certainly won’t require any sweat.

Cheesecakes can also be no-bake, and lucky for us, this strawberry cheesecake from Epicurious is what summer dessert dreams are made of. As we said earlier, fruit cravings are strongest during the sunny season, and this cheesecake will help you get your fresh fix. Pick up the red berries next time you’re at the farmer’s market or grocery store, and then make your easy cheesecake filling with cream cheese, sugar, vanilla, and sour cream.

Directions: Beat the cream cheese until smooth with an electric mixer. Gradually beat in the sugar. Beat in the sour cream and vanilla until just combined. Fold in the whipped topping. Scrape mixture into the piecrust. Chill in the refrigerator for 4 hours.

Starting in the center, arrange the strawberries in a circular pattern. Pipe with extra filling, if desired.