8 of the Best Beer Pairings for the Oscars

We know, we know. The Oscars is the embodiment of glitz and glamour, and all things sparkly and champagne-like. But let’s be real: If you were snubbed like Straight Outta Compton and didn’t get an invitation to walk the red carpet, there’s no need to be pretentious from your couch. If you truly can’t wait to open a bottle of sparkling wine, then by all means break out the bubbly. But if you’d rather relax in the comfort of your own home with a cold one, that’s perfectly fine, too.

This is the stance of the staff behind Drizly, a leading on-demand alcohol delivery service. Chief cocktail officer and editor-in-chief Trisha Antonsen talked with The Cheat Sheet about what makes Drizly unique, why it’s OK to drink beer on Oscars night, and which brews pair perfectly with this year’s Best Picture nominations.

Drizly operates in 18 cities in the United States and recently launched in Edmonton, Canada. Along with the international launch, the company is focused on expanding its delivery services in the cities where it’s already based, which include Austin, New York, Chicago, Seattle, Los Angeles, and Washington, D.C., to name a few. In most of those cases, you’ll have your order within an hour of placing it, delivered by the local liquor stores who partner with Drizly.

Drizly prides itself on not marking up prices — the cost you see online is the same that you would find in the store a few blocks from your house. The difference is, you don’t have to carry the bottles home yourself, and you can restock in the middle of a party — or on Oscars night. (Delivery in New York City is free, with delivery charges of about $5 in other cities.) Drizly works with local venues, who already know local tastes and trends, to supply the full selection from those locations to your doorstep. “They really are ordering from their local store and they’re going to receive delivery from a person at that store that they might have worked with before,” Antonsen said.

In addition, doorstep delivery ensures you can order exactly what you want (and what you can afford), without feeling judged for choosing bottom-shelf selections — especially if you actually like them. Even Antonsen has been admonished by wine store snobs before, and it’s never a good feeling. “We’re all about giving convenience and ease and giving people what they want,” she said.

Plus, Antonsen loves that the goods they’re delivering can be at a relatively low price point — meaning you can try out new flavors and styles. You can try a 6-pack of a dark IPA just to see if you like it, Antonsen said, which will ultimately expand your palate. “What do you have to lose? Two cups of Starbucks over it? People should be trying new things,” she said. With that in mind, pick the film you’d like to see win the Oscar for Best Picture this year, and support it this weekend by trying the beer Antonsen suggests goes with it. 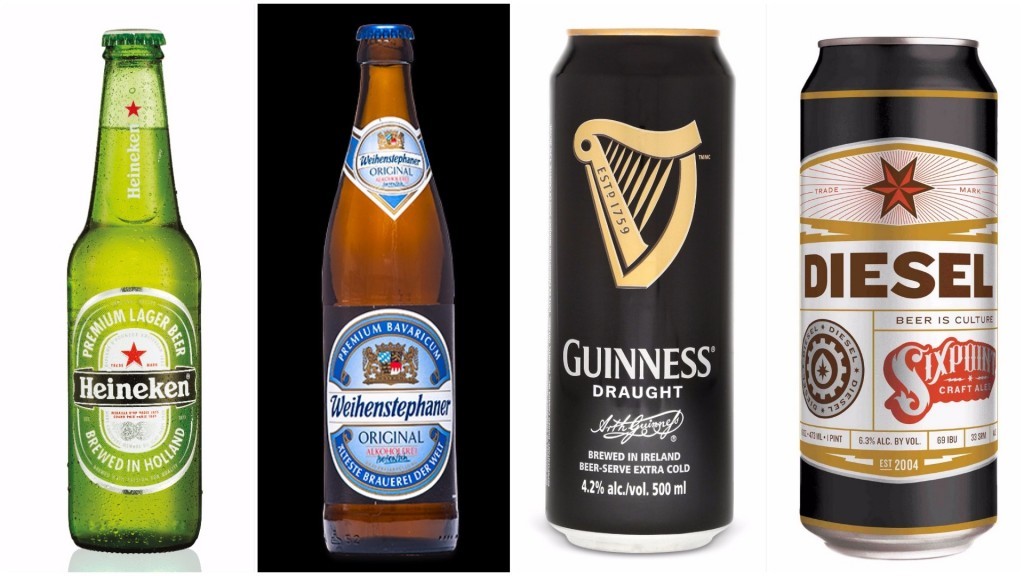 Antonsen wrote: “The typical New York businessman gravitates toward the tried and true, like Heineken – there’s a reason it’s one of our best sellers in NYC.”

Antonsen wrote: “An American lawyer travels abroad during the Cold War to negotiate a prisoner exchange? We’d need a good drink too.” The brewery where this beer originates began making beer almost 1,000 years ago, making it one of the oldest in Germany.

Antonsen wrote: “If you’re rooting for this film to win, conjure the Academy’s vote with a beer to match the protagonist’s Irish heritage.”

The uniqueness of the film and the beer makes them a good complement to one another, Antonsen said. “That beer is so unique and that movie was so crazy I feel like its the perfect pairing,” she said. She added in the written list: “This coal-dark brew is part black IPA, part American stout, and 100% diesel powered. Just the thing to power your escape from any post-apocalyptic world.” 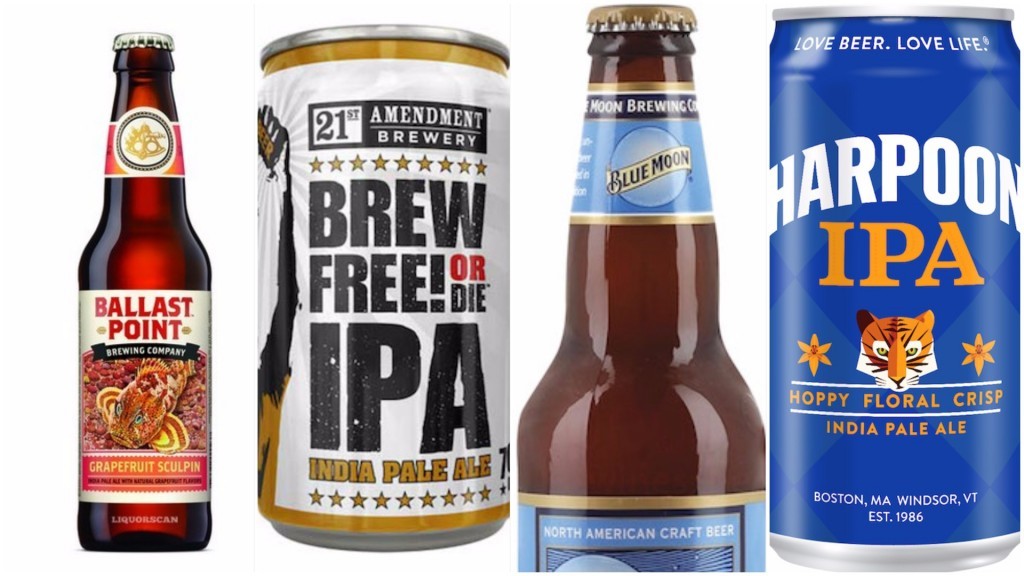 If you’re looking for a hint of summer to come, this brew will take you there. Antonsen first tried this beer in the summer months, and said it’s one of her personal favorites. “Looking for an ‘out of this world’ delicious drink? If only Drizly could have delivered to Matt Damon on Mars,” she wrote.

Antonsen wrote: “This wheat beer’s iconic label has us thinking of Brie Larson’s incredible character trying to sneak a peek of the moon from her tiny window in room.”

Drizly conducts a lot of research about the products it’s offering on its site, with copious amounts of help from its marketing teams and partner stores in each city, Antonsen said. However, this suggestion wasn’t difficult, since the company is based in Massachusetts where Harpoon is brewed. “Did you notice that Mark Ruffalo drinks this Boston-based brew in the movie? He’s playing true to his character – Globe reporter Michael Rezendes loves the stuff.”