A 132-Year-Old Message in a Bottle Was Found in Australia. Here’s What It Said

The world record for the oldest message in a bottle that’s been found is 108 years — until now. Recently, a Perth, Australia, woman found a message in a bottle 132 years after someone jettisoned it into the ocean. Where did she find it and what did it say? You’ll have to keep reading to find out.

1. Who found the bottle and where 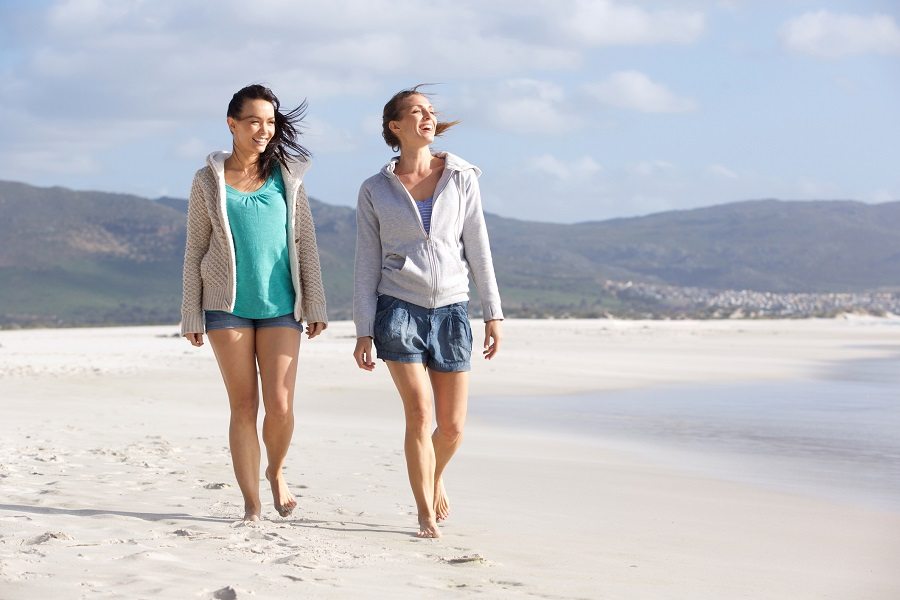 A woman found the bottle on a beach. | M-imagephotography/iStock/Getty Images

The woman was in West Australia when she found the bottle 132 years after someone tossed it overboard. According to BBC News, it was half-buried on a beach — just north of Wedge Island, 180 km north of Perth — when Tonya Illman found it near her son’s car, which was stuck in the soft sand.

Next: The chain of events 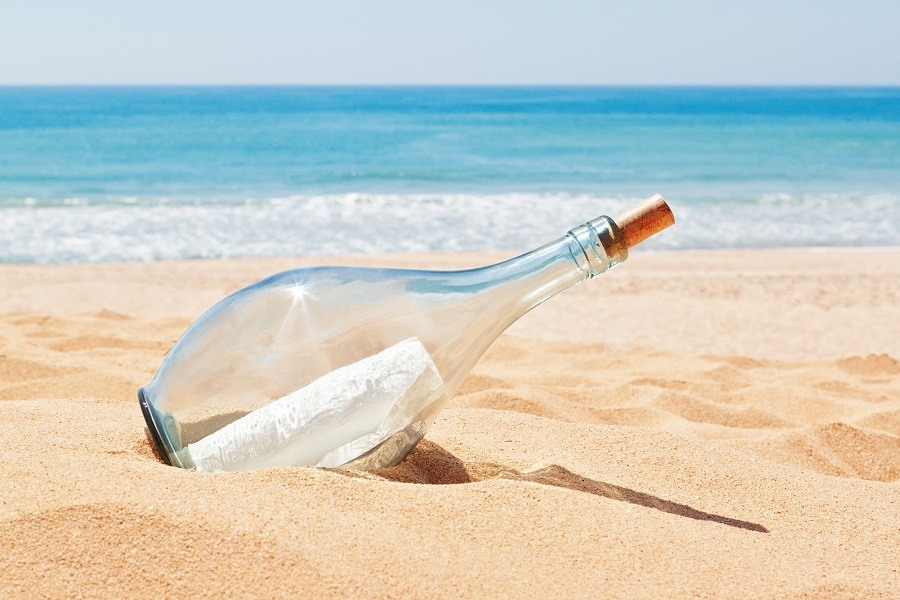 The woman said she saw something sticking out of the sand. | Sergoua/iStock/Getty Images

According to BBC News, Illman was walking the sand dunes with her friend Grace Ricciardo when she saw something sticking out of the sand. She decided to take a closer look.

“It just looked like a lovely old bottle so I picked it up thinking it might look good in my bookcase. My son’s girlfriend was the one who discovered the note when she went to tip the sand out. The note was damp, rolled tightly and wrapped with string. We took it home and dried it out, and when we opened it we saw it was a printed form, in German, with very faint German handwriting on it, ” said Illman.

3. This is what researchers think 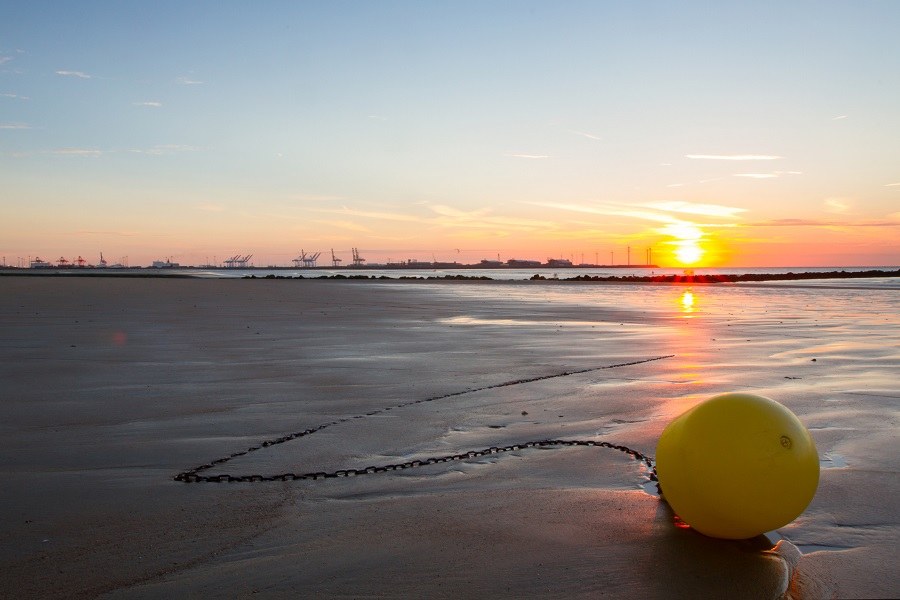 Researchers believe the bottle likely washed up on the beach approximately a year after it went overboard but got lodged in a layer of wet sand, which actually preserved it. They feel it was uncovered — more than a century after it washed up — when some kind of weather event occurred. In addition, they have determined that the person who tossed it did it in the Indian Ocean, about 590 miles off the coast.

Next: Illman’s husband did his own research. 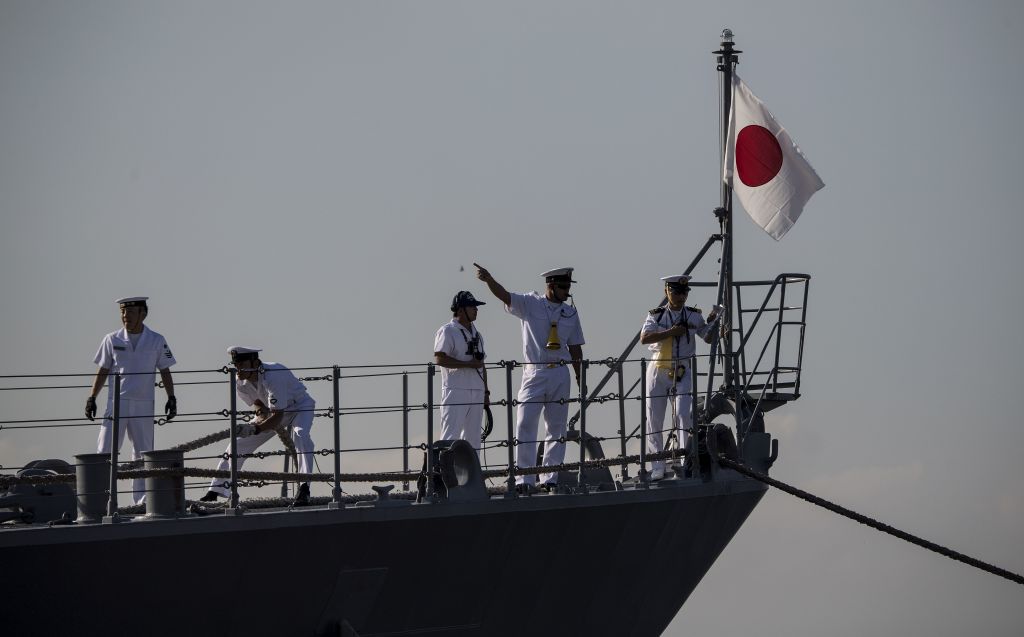 It might have been part of an official experiment. | Noel Celis/AFP/Getty Images

Illman’s husband Kym researched her find online and came to the conclusion that it was actually part of an official “drift bottle experiment” that the German Naval Observatory. According to BBC News, sailors on German ships threw thousands of bottles into the oceans from 1864 until 1933.

The captain of each ship wrote the same information on a form inside each bottle: the ship’s name, home port, and travel route; the date it was tossed overboard; and the exact coordinates at the time. On the back of the form, it asked the finder return it to the nearest German Consulate or the German Naval Observatory — and to write when and where he or she had found the bottle on the form.

Next: Here’s what you’ve been waiting for. 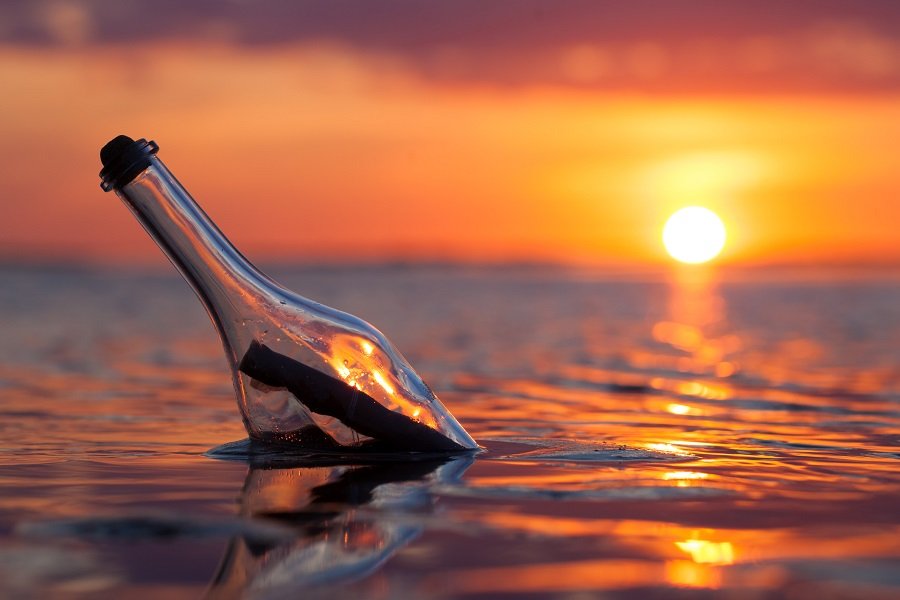 The message said it was part of a German oceanographic experiment. | ChamilleWhite/iStock/Getty Images

Dated June 12, 1886, the message in the bottle came from the German sailing barque named Paula, according to BBC News. And it was indeed part of a German oceanographic experiment to better understand global ocean currents, which in turn helped them identify the fastest, most efficient shipping routes.

“After much digging, we were able to make out the date, the coordinates, the ship’s name and direction of the voyage — Cardiff in Wales to Makassar in the Dutch East Indies, now Indonesia,” said Illman.

Next: Was it real? 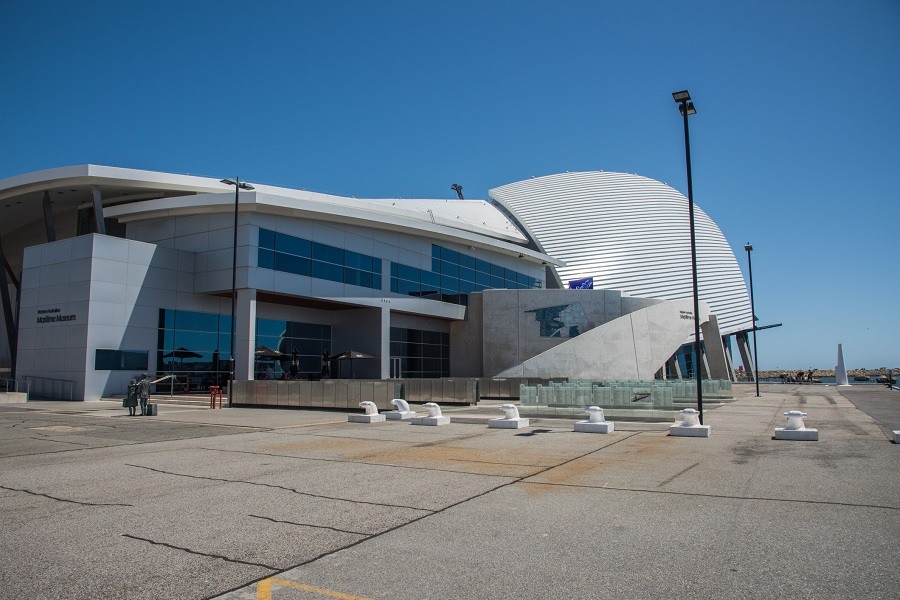 “It was clearly very exciting but we needed a lot more information. We wanted to know if what we had found was historically significant or a very inventive hoax,” said Illman. So, according to BBC News, she took her bottle to the Western Australian Museum. There, experts found that the bottle was a mid- to late- 19th century Dutch gin bottle and the German bark Paula definitely sailed from Cardiff to Makassar in 1886. But apparently, it wasn’t enough to confirm the find was genuine.

“Extraordinary finds need extraordinary evidence to support them, so we contacted colleagues in the Netherlands and Germany for help to find more information,” said Dr. Ross Anderson, assistant curator maritime archaeology at the Western Australian Museum. 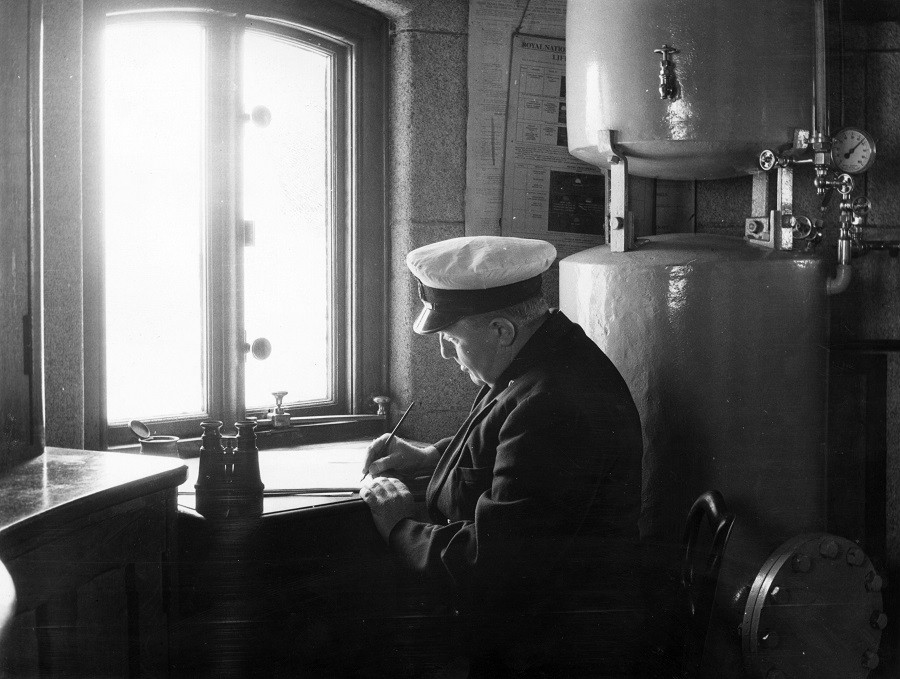 According to BBC News, the bottle was deemed authentic. “Incredibly, an archival search in Germany found Paula’s original Meteorological Journal and there was an entry for June 12, 1886 made by the captain, recording a drift bottle having been thrown overboard. The date and the coordinates correspond exactly with those on the bottle message, said Dr. Anderson.

He went even further by conducting a handwriting comparison of the message signature with the captain of the ship’s — and found it to be identical. “Comparison of the original message slips that had been returned for the year 1886 also confirms the type of message, wording and print layout is identical to the one discovered at Wedge Island in January,” said Dr. Anderson. 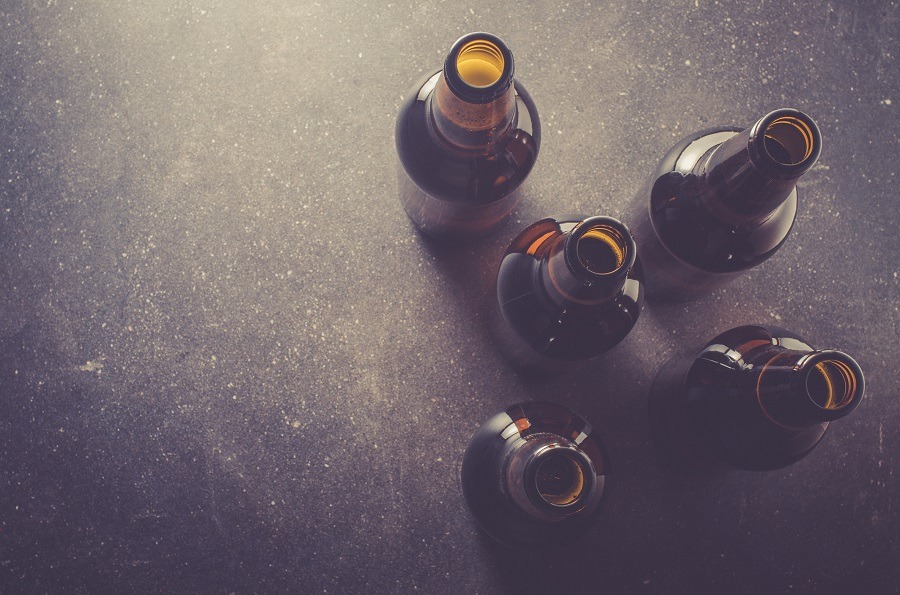 The last time someone found one of these bottles was in 1934. | LeszekCzerwonka/iStock/Getty Images

During the 69-year-long German experiment, thousands of bottles were thrown off ships, according to BBC News. Out of those, people returned 662 message slips to Hamburg — without their bottles. This latest find boosts the total to 663. The last time someone found one of the bottles was on Jan. 7, 1934, in Denmark.

Next: Where is it now?

9. The Illmans loaned the bottle out 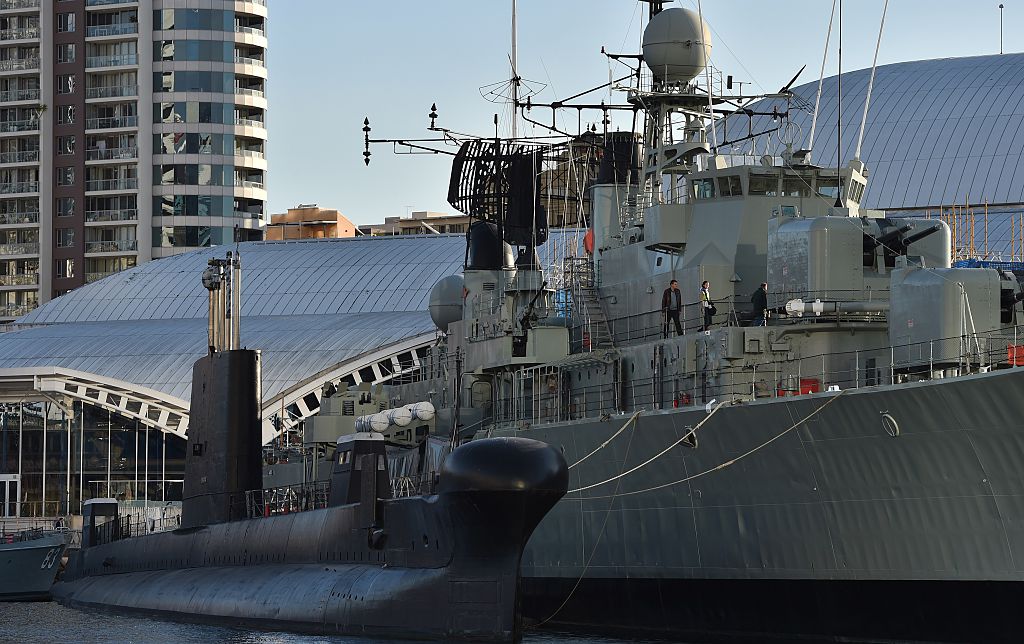 The couple loaned the bottle to a maritime museum. | Saeed Khan/AFP/Getty Images

Kym and Tonya Illman loaned the bottle they found to the Western Australian Maritime Museum in Fremantle — for two years, according to BBC News. And David Templeman, minister for culture and the arts in Western Australia, thanked them elegantly. He also gave props to the people who figured out the mystery.

“ … I would also like to congratulate everyone involved in piecing together the extraordinary story behind this message in a bottle discovery. It is truly an impressive find and thanks to the wonderful international and interdisciplinary cooperation of science and research, it can now also be shared with the world,” said Templeman.