8 Airports That Are Almost as Fun as Your Destination

Being stuck in most airports means uncomfortable chairs, sub-par dining options, and fighting with your fellow flyers for hard-to-find outlets. But airports don’t have to be miserable places. In fact, some airports are so much fun you might never want to leave. These stellar destinations feature state-of-the-art amenities like movie theaters, full-service spas, and museums. You’ll actually want to get stuck in these eight travel hubs, which offer some of the best airport amenities around. 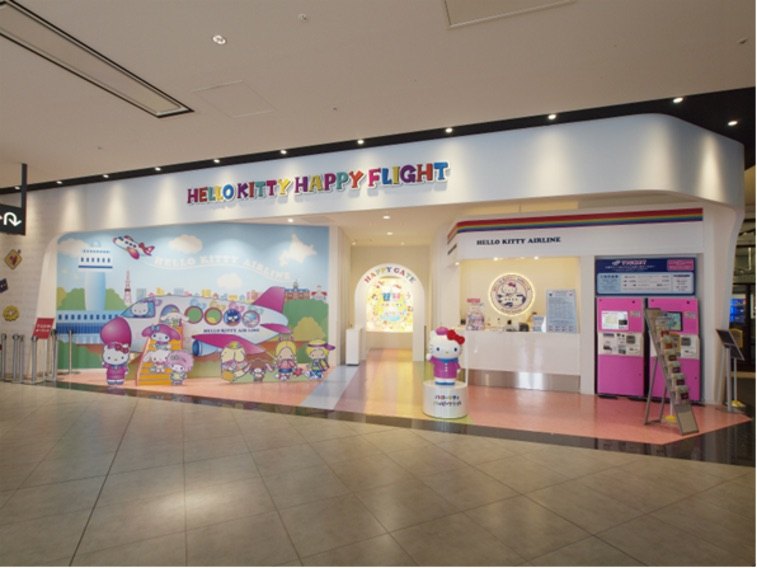 Japan’s New Chitose Airport serves the Sapporo metro area, and the international travel hub doesn’t shortchange travelers when it comes to amenities. Attractions include a three-screen movie theater and a noodle hall with half-a-dozen ramen restaurants. But it’s frazzled parents who really luck out at this airport. The Doraemon Waku Waku Sky Park has play zones, a library with books in multiple languages, a workshop for crafting projects, and a café. There’s also the Hello Kitty Happy Flight area, where you can take a simulated around-the-world trip with the famous Sanrio character. Travelers with sore muscles can also visit the on-site hot spring spa. 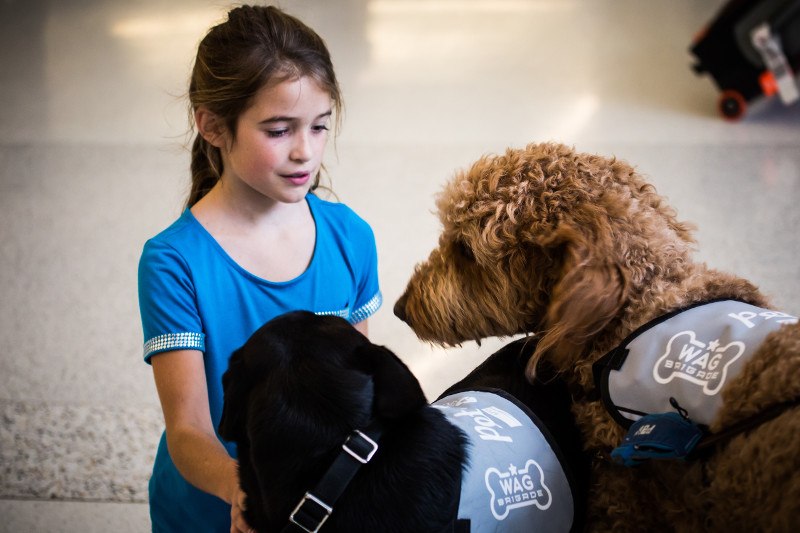 When it comes to exciting amenities, most U.S. airports fall far short of their international counterparts. Still, some domestic travel hubs make more of an effort to entertain weary travelers than others. San Francisco International is one of them. (That’s good news, since the airport is also one of the worst in the country for flight delays.)

At SFO, you’ll find a meditation room, two free-to-use yoga rooms, an air travel museum and art exhibits in terminal galleries, and play areas for kids. Those looking to pitch their new app can visit Converge@flySFO, an 850-square-foot lounge area where tech types can meet and collaborate. But the airport’s best amenity is decidedly low-tech. The Wag Brigade brings trained therapy dogs (and one pig) through the airport, inviting travelers to interact with the animals. 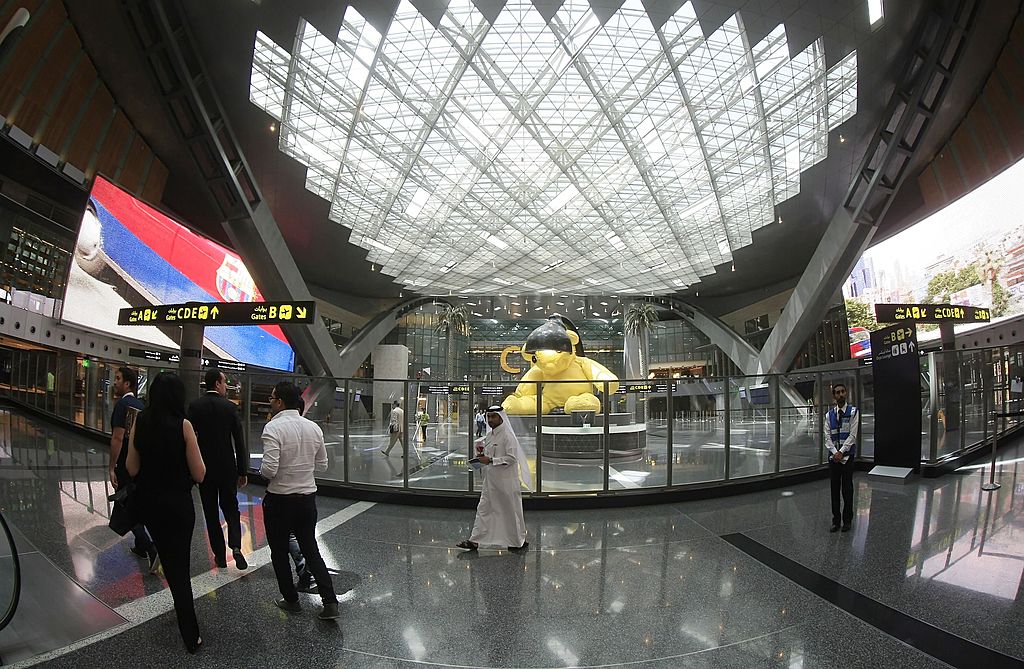 Qatar’s Hamad International Airport opened in 2014, so it boasts the latest and greatest amenities for travelers. The Mideast hub has 80 different shops, free WiFi, and 30 restaurants (several of which are open 24 hours a day). There are five activity areas for kids, and works from internationally recognized artists, including Keith Haring, Damien Hirst, and Jenny Holzer, are displayed throughout the terminal. But the airport’s standout attraction is the Vitality Wellbeing & Fitness Centre. It has a full gym with instructors, a 25-meter swimming pool, hydrotherapy rooms, and two squash courts. 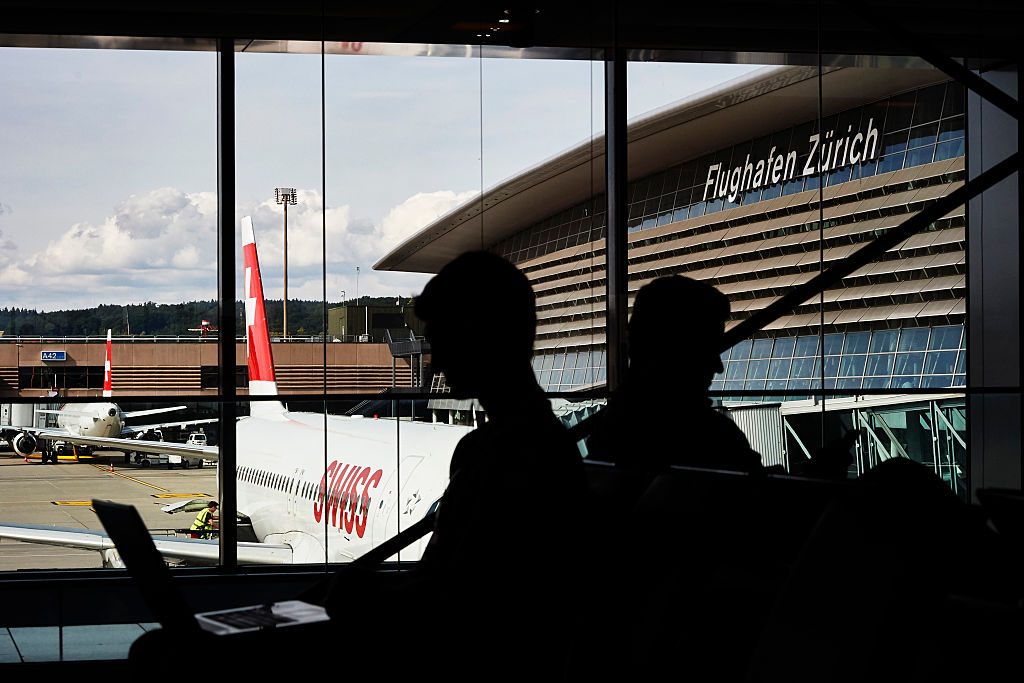 If you’re stuck with a long layover, you’ll want to be at Switzerland’s Zurich Airport, according to Travel + Leisure. In addition to the usual major airport amenities, like plenty of luxury boutiques and dozens of restaurants, there are also some more unique features. The area around the terminal is a nature reserve, and travelers can rent bikes and inline skates to go exploring. Kids will enjoy the guided bus tour of the airport’s hangars and maintenance areas, or they can watch planes take off from one two airport observation decks. There’s even a grocery store where you can pick up fresh fruit, baked goods, and fresh meat. 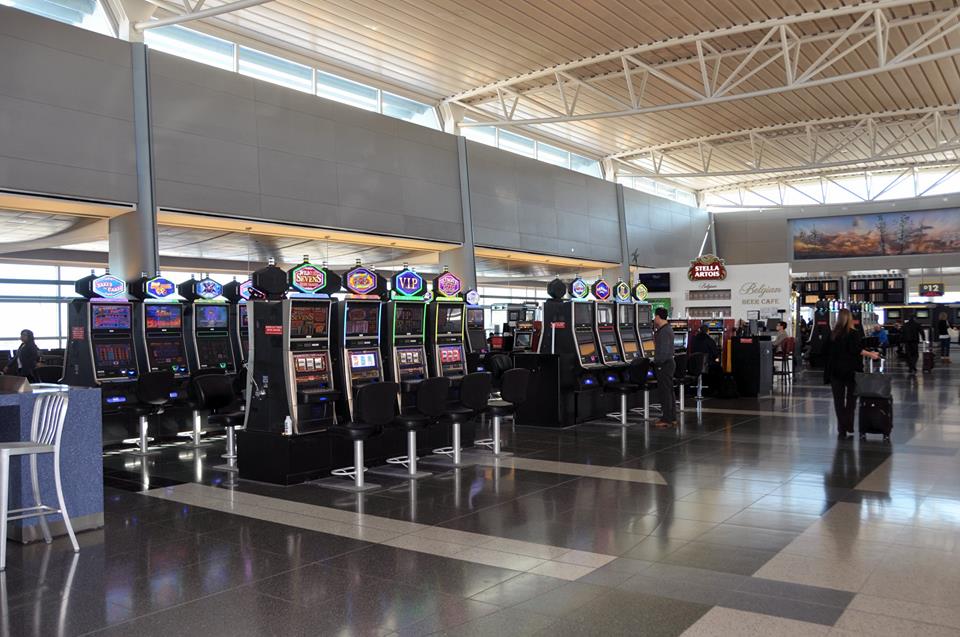 If you’re not ready for your Vegas vacation to end, you’ll welcome a delay at McCarran International Airport. Slot machines are scattered throughout the terminals, so you’ll still have a chance to try your luck before you head home. There’s also a 24-hour aviation museum in Terminal 1 as well as a free play areas for kids. Travelers who want to stretch their legs can follow one of several “Fly Fit” walking paths throughout the terminals, and super-fast charging stations will power up your phone or tablet with extra speed, for a fee. The airport is also home to the first non-duty-free liquor store in the U.S. 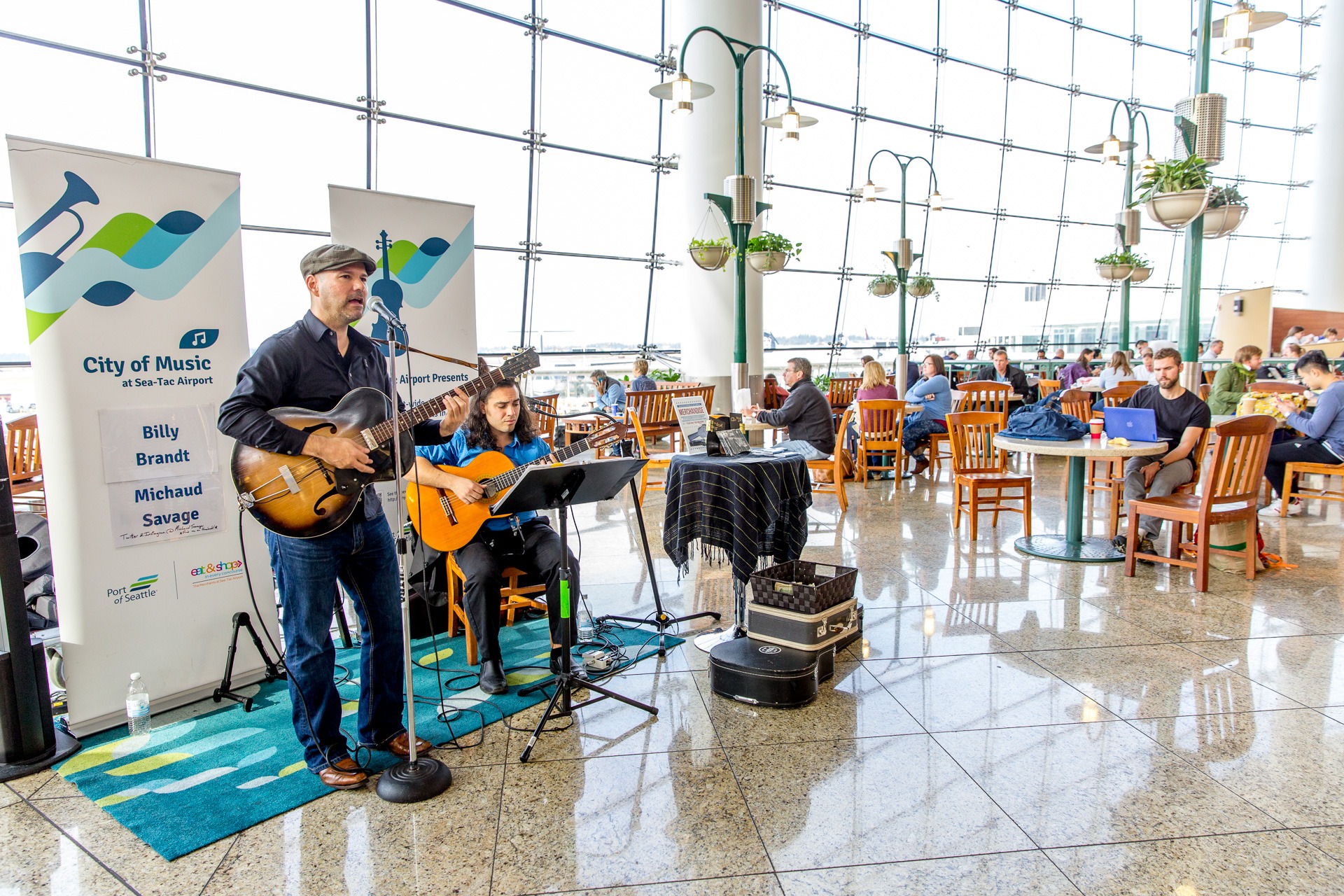 Visitors to Seattle may not want to leave Sea-Tac, which has a wide array of amenities to keep travelers entertained. Building on the city’s reputation as a destination for music fans, the airport hosts daily live performances from Seattle musicians, in addition to piping in overhead music from local artists. Fans of Pearl Jam will also want to visit the exhibit of 85 original posters promoting the band’s shows, while airport galleries display artwork by renowned artists. If you need help finding your way around, you can count on finding a smiling face. Seattle-Tacoma has the friendliest airport staff in North America, according to Skytrax. 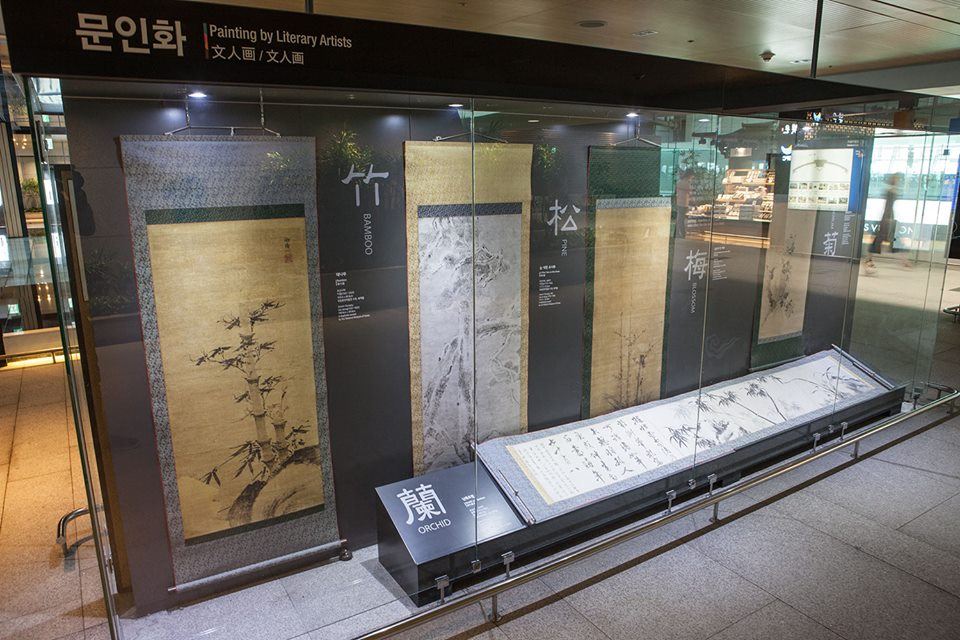 Seoul’s Incheon International Airport snagged second-place in Skytrax’s 2016 World Airport Awards. (It also topped Skytrax’s list of aiports with the friendliest employees.) Once you see the list of amenities, it’s easy to understand why. More like a mall or theme park than an airport, this gateway to South Korea features an indoor skating rink and an Imax movie theater. There are also dozens of high-end boutiques, including Prada, Gucci, Tiffany & Co., and Saint Laurent. A full-service spa offer hour-long massages, sauna room, and showers, or you can relax in one of half-a-dozen in-terminal gardens. A 24-hour golf course is a 5-minute shuttle ride away, or you can try your luck at the Paradise Casino at the airport hotel.

Those wanting a primer on Korean culture can visit the in-airport museum, enjoy traditional music performances, try their hand at Korean crafts, or try on traditional Korean clothing. 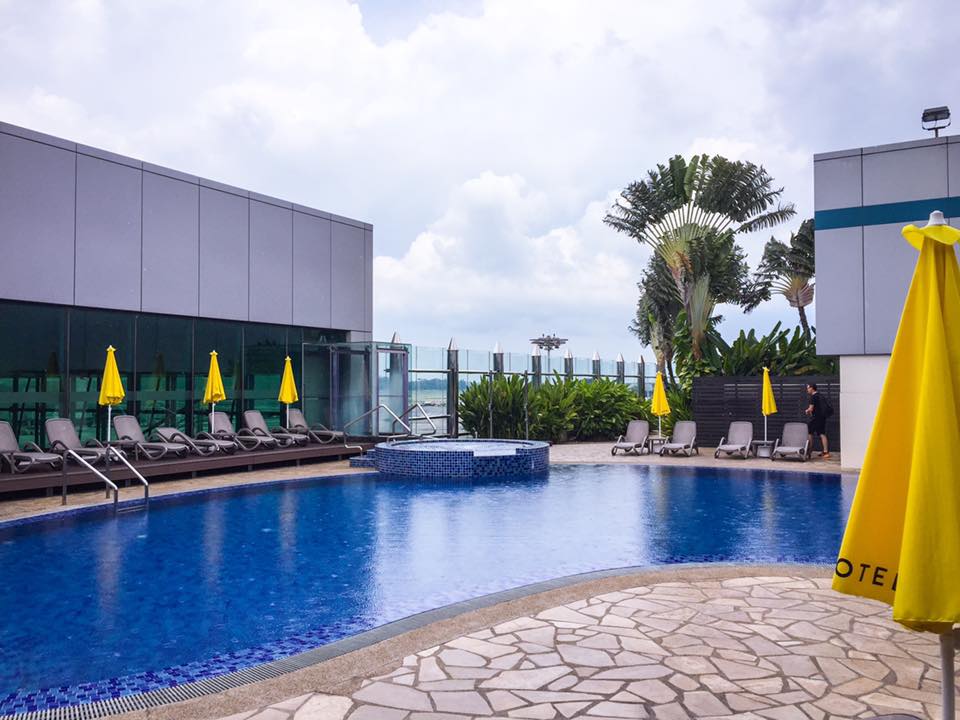 Singapore’s Changi Airport is the best in the world, according to Skytrax, and the travel hub bills itself as a “destination in itself.” Travelers can catch the latest blockbusters at the two, 24-hour movie theaters or let kids blow off some steam at the airport playground. Kids (and kids at heart) can plunge down the world’s tallest airport slide. If you’re looking for peace and quiet, visit one of the airport’s many gardens (including a butterfly garden with more than 1,000 butterflies) or go for a dip in the rooftop pool.