Phillippines President Rodrigo Duterte is known for encouraging countless extrajudicial killings and even proudly murdering three men himself. Donald Trump has publicly stated his admiration for the authoritarian leader. Though, with his support of men like Vladimir Putin and Recep Tayyip Erdoğan, we’re not surprised. Read on for a closer look at why Trump is so in favor of Duterte. 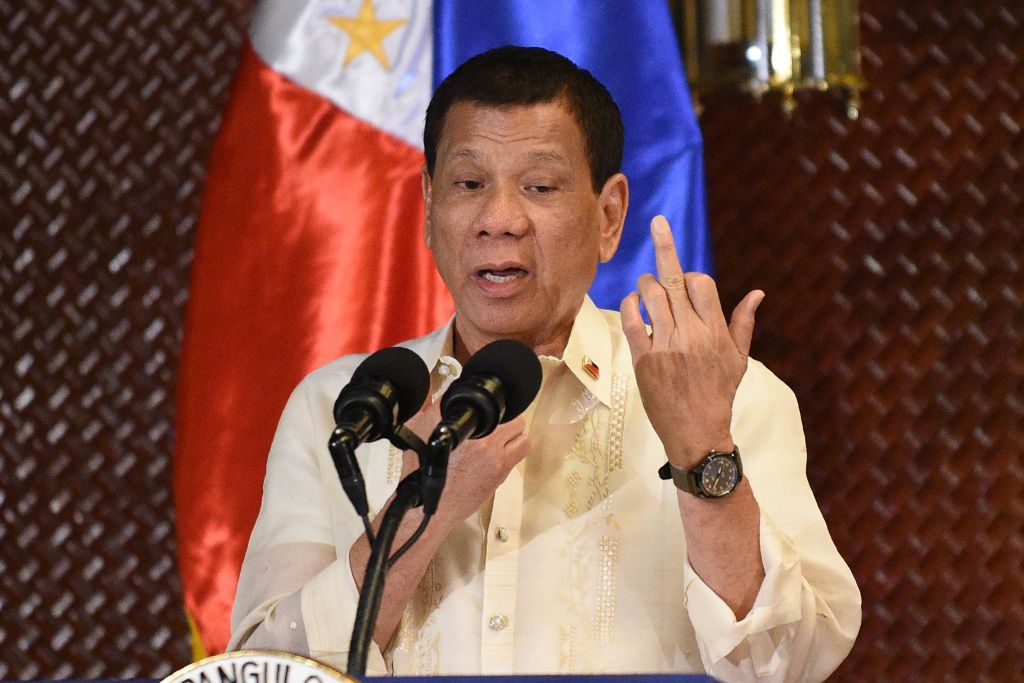 Duterte had to apologize to Kuwait recently for some harsh words he spoke during an ongoing diplomatic disagreement concerning the treatment of domestic workers. This was not an isolated incident.

Tensions eased when the two nations came to an agreement on workplace safety guarantees for Filipinos working in Kuwait, and an understanding that Duterte would lift the employment ban, according to Yahoo.

Next: He may not grab them by the p—- like Trump, but Duterte takes other liberties with women. 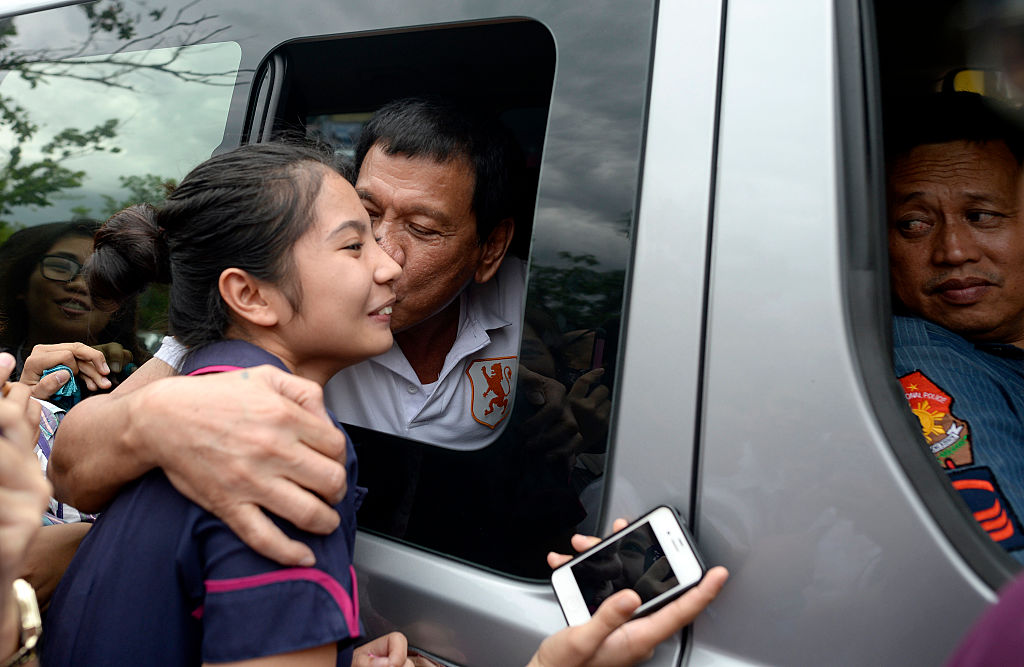 On an official visit to South Korea, Duterte called up an audience member at an event where he was passing out books. He told her he’d give her a book in exchange for a kiss. She agreed, after telling him she was married. They kissed, the crowd erupted in cheers, and Duterte said “Don’t take it seriously. It’s just for fun, a gimmick.” The incident provoked some negative feedback from activists and news outlets, saying the kiss was inappropriate and a “grave abuse of authority.”

Next: It’s an ongoing problem Duterte and Trump share 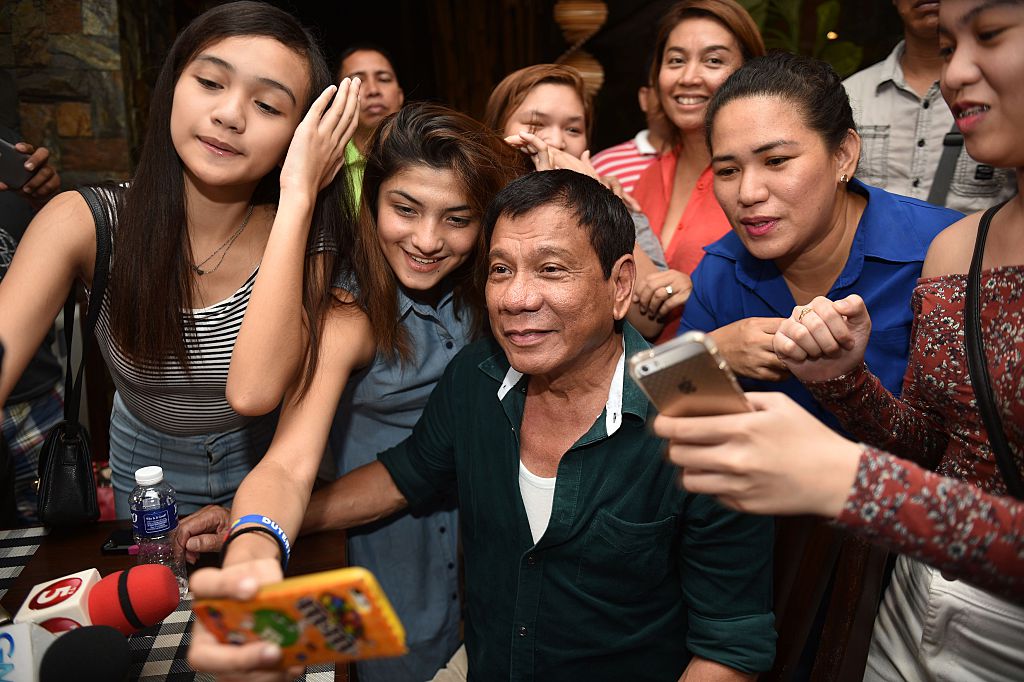 This wasn’t Duterte’s first sexist misstep. He jokes about rape and makes frequent controversial remarks about women in general. His view of women has inspired several women’s rights activist groups to pop up in the Philippines. Most recently the #BabaeAko (I Am A Woman) campaign came about in an effort to demonstrate to Duterte how many women aren’t ok with his misogynistic remarks.

4. Trump has business in the Philippines 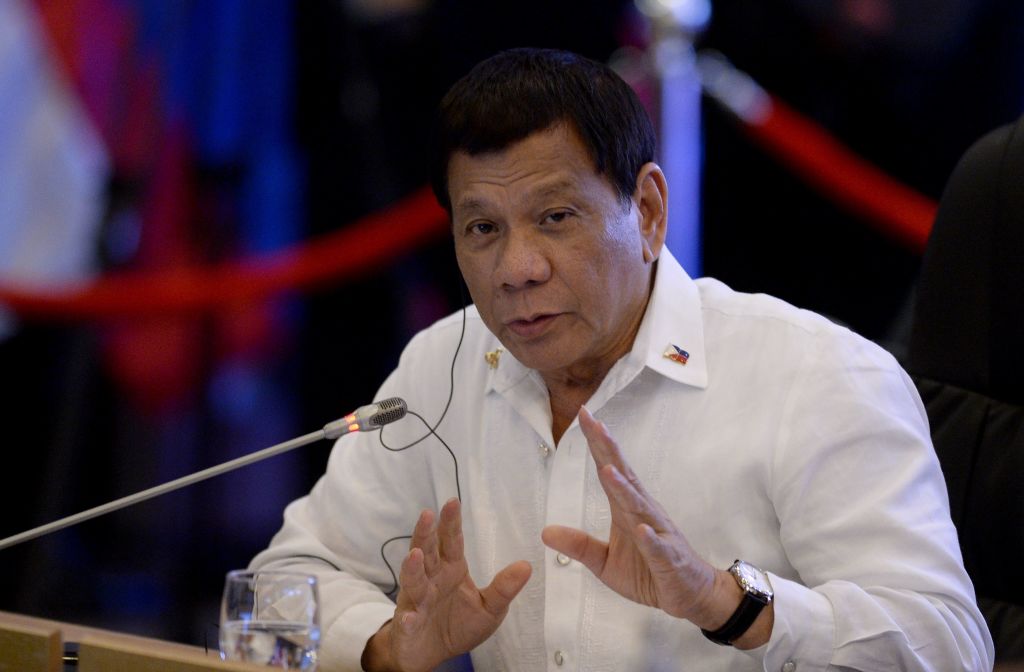 Trump’s relationship with Duterte is affected by the fact that he does some business in the Philippines. Trump Tower Manila, for example, has been under construction for the last five years and has recently begun to near completion. “Trump has a vested financial stake in the building’s success, as such deals often involve the licensor taking a cut of the annual revenues,” says The Atlantic.

5. They have a similar view of the press 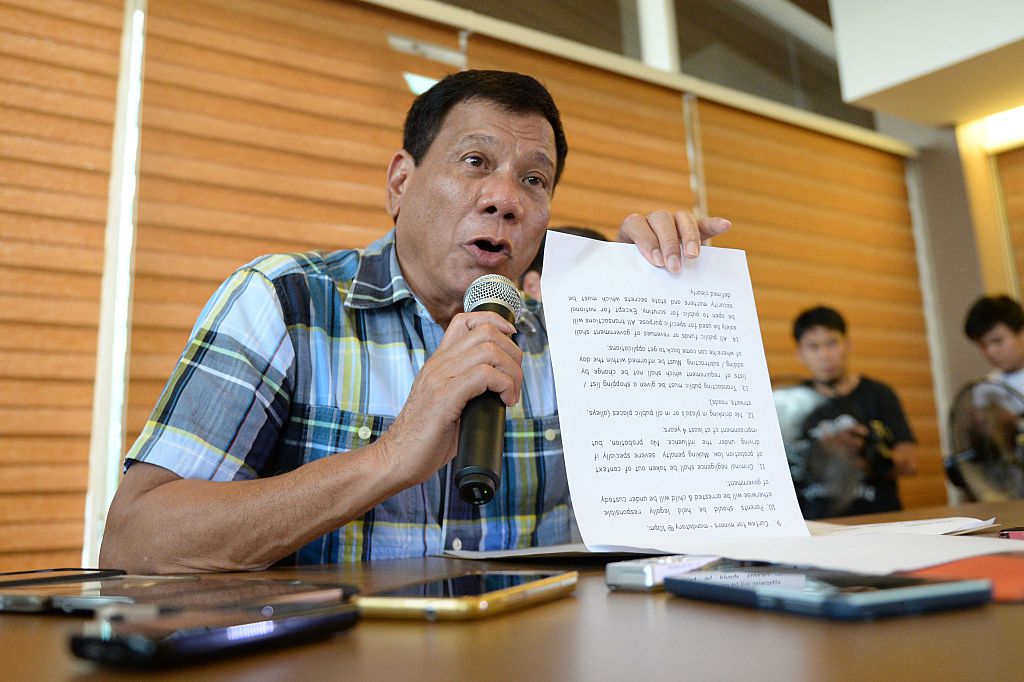 Duterte’s view of the press is scary. He calls the media “spies,” and thinks that “just because you’re a journalist, you are not exempted from assassination if you’re a son of a bitch.” In meetings with Trump, he’s asked the media to leave the room for fear of being spied on. In this particular instance, Trump laughed at the statement and agreed to the press leaving.

“Duterte’s cynicism toward the press appears to be catching on among his supporters. Journalists who criticize the president’s policies or cover sensitive topics like drug trafficking or corruption face defamation suits and an online backlash. Duterte’s supporters attack them outright or report their online accounts to social media platforms, demanding the takedown of ‘inappropriate content,'” says the International Press Institute.

6. They both want to execute drug dealers 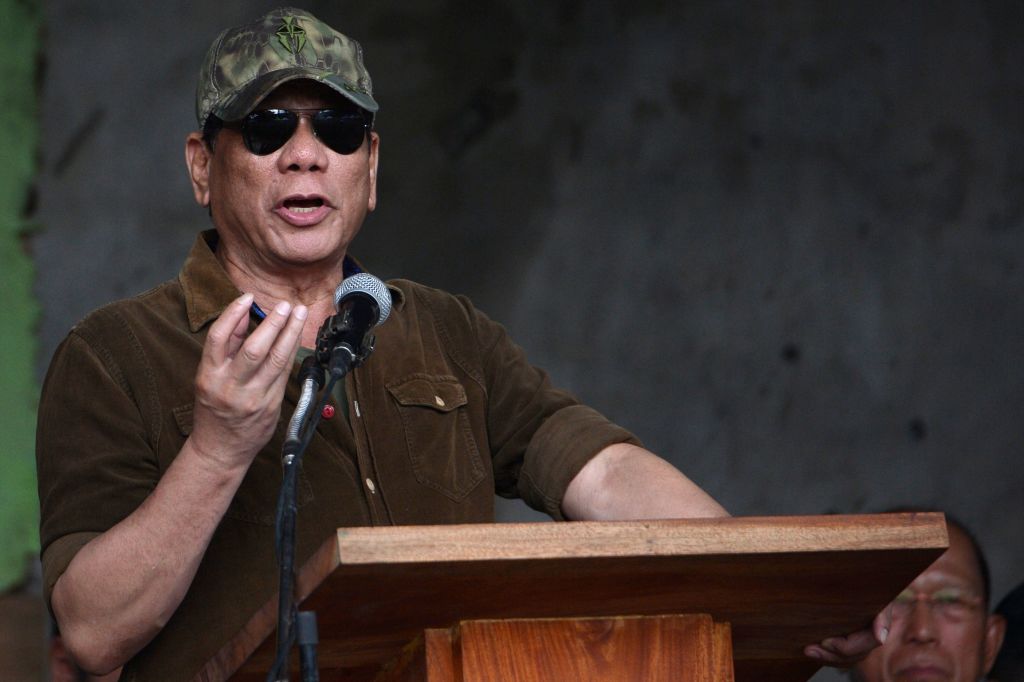 In February 2018, Axios reported that Trump likes the way Duterte has been handling the Philippines’ “drug war.” Meaning: he likes the idea of executing drug dealers.

“The report suggests that Trump thinks drug dealers are ‘as bad as serial killers,’ and believes that more lenient drug policies ‘will never work,'” says Fortune.

According to Human Rights Watch, the “drug war” in the Philippines has caused over 12,000 deaths.

Next: These groups don’t like that the two are working together so closely.

7. A lot of people are unhappy about their relationship 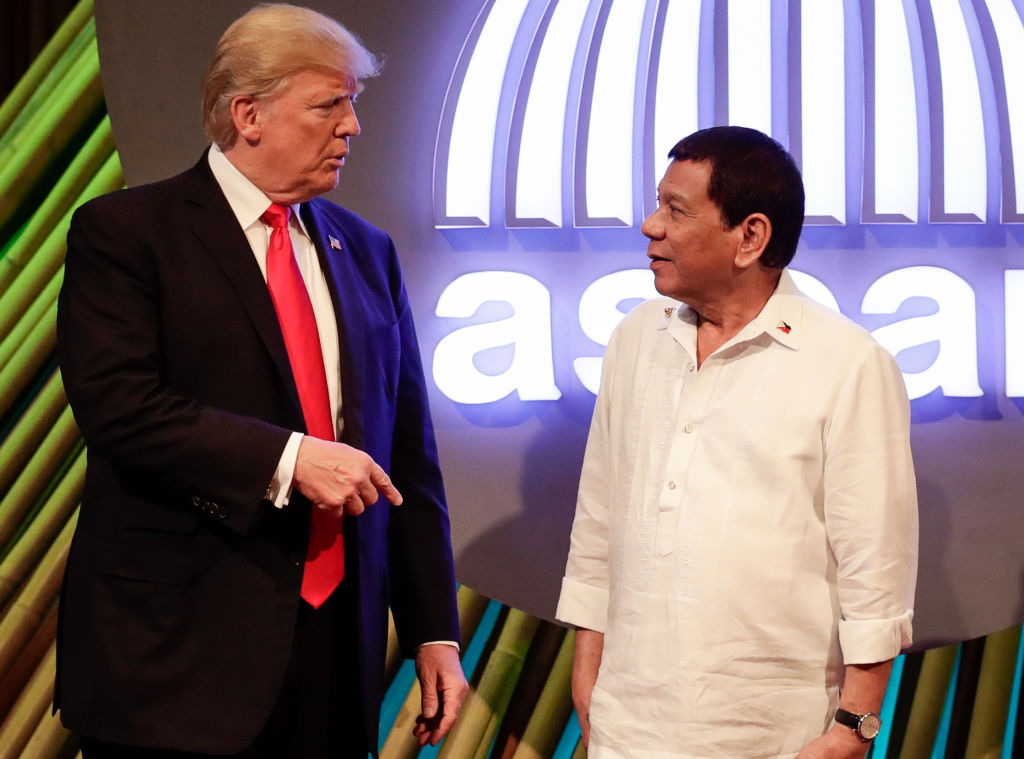 Trump recently invited Duterte to the White House to discuss their countries’ policies toward North Korea. Several groups have spoken out about how the meeting is inappropriate, given Duterte’s blatant disregard for human rights. He and his government are known for “offering tacit (and sometimes even explicit) support for vigilante justice, including outright murder.” It’s no wonder why groups likeHuman Rights Watch and the United Nations’ High Commissioner for Refugees are concerned with the meeting.