Everyone Loses in the Trump Administration’s War on Marijuana

Jeff Sessions, Donald Trump’s pick for U.S. Attorney General, never liked marijuana. He’s made that clear for decades, but in the opening week of 2018 Sessions decided to act on it.

Sessions rescinded an Obama administration action that left states alone when it came to enforcing federal marijuana law. In effect, Sessions declared war on weed from the nation’s capital. Immediately, he received criticism from all sides: right and left, Republicans and Democrats, activists and investors.

An October 2017 Gallup poll shows why: 64% of Americans support legalization of marijuana. That number, which reached an all-time high in the past year, includes a majority of Republicans.

Frankly, most people don’t see the point of continuing the nation’s failed “war on drugs.” When you’re talking about a substance used to treat cancer patients and veterans, it’s easy to see why. Here are all the ways America loses in Sessions’ war on marijuana. 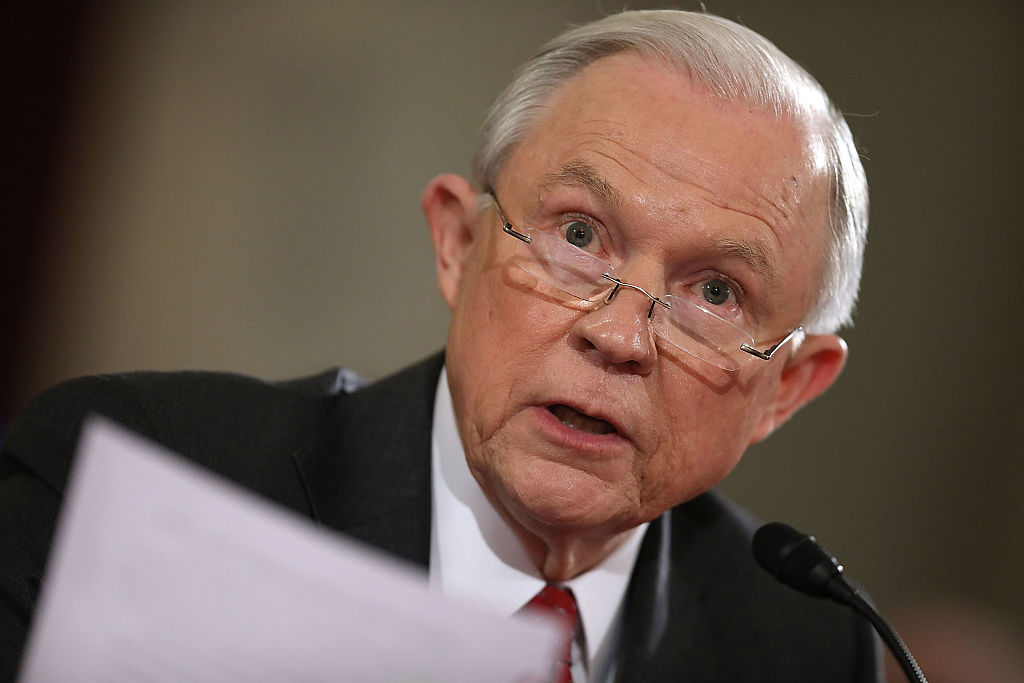 They will up the fight against recreational marijuana. | Chip Somodevilla/Getty Images

Sessions rescinded a 2013 order called the “Cole memo.” This came from Obama’s Attorney General James Cole in 2013. Acknowledging state ballot initiatives legalizing marijuana use across the country, Cole’s memo said prosecuting people acting legally within a state would not be a priority.

In effect, the policy of non-enforcement means sparing taxpayer dollars on a losing cause. However, with Sessions’ reversal of the policy, federal prosecutors are free to restart the fight against recreational marijuana use.

Since the 1970s, America has wasted over $1 trillion on such battles, only to see the number of drug users rise. Nonetheless, Sessions wants more.

Next: Cancer patients will suffer more. 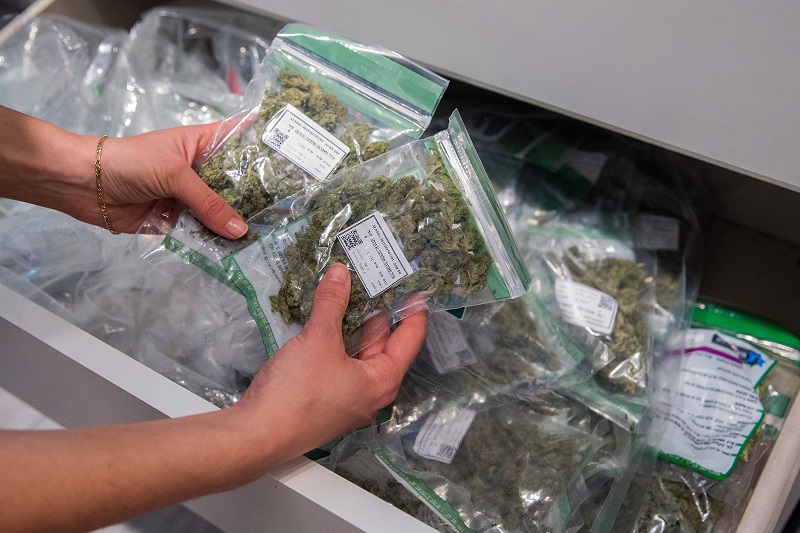 Cancer patients who use marijuana are ‘bad people’ according to Sessions. | Jack Guez/AFP/Getty Images

Sessions, who may have perjured himself in testimony to Congress in 2017, considers the use of marijuana a moral concern. “Good people don’t smoke marijuana,” he said in the past. Even if the attorney general believed that, we can’t see how that relates to cancer patients hoping to relieve their pain.

Estimates vary, but a safe guess is at least 2.6 million Americans used medical marijuana as of 2016. Among them are folks trying to live with tumors and people who lose their appetite following radiation treatment.

Others use cannabis creams to improve mobility in joints during the slog through therapy. Maybe that’s what “good people” do: They deny cancer patients these minor comforts. 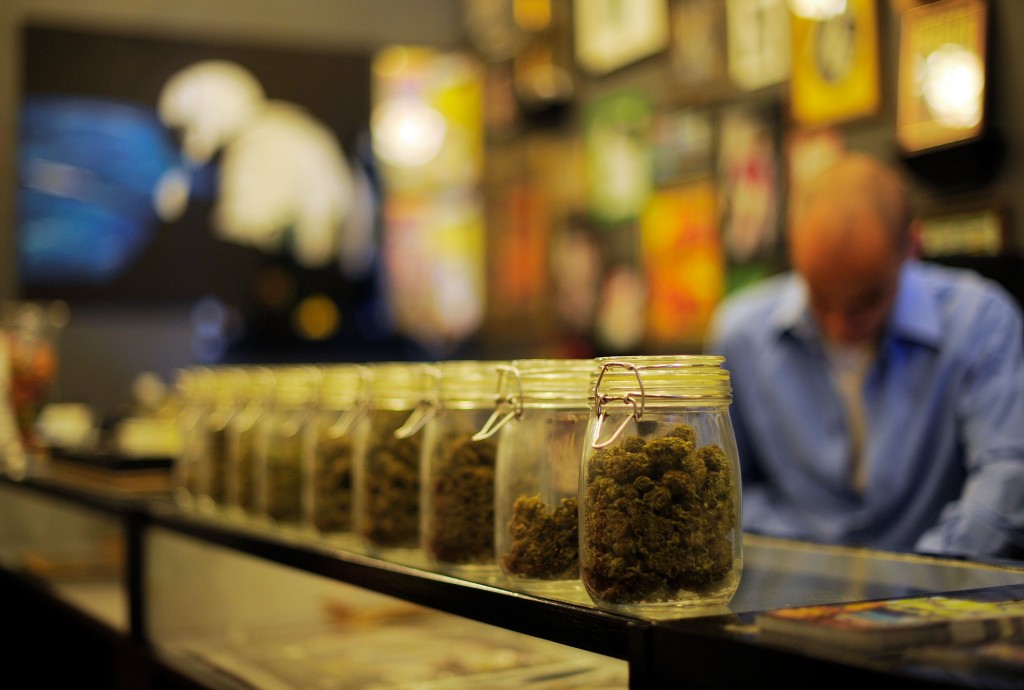 Colorado’s economy has been booming since weed was legalized. | Kevork Djansezian/Getty Images

As many as eight states could have marijuana for sale for legal recreational use in 2018, and a fortune in tax revenues hangs in the balance. California, which expects to generate $1 billion in revenue from the industry per year, goes way beyond the impressive records established by smaller states.

Gardner said he would “take all steps necessary, including holding Department of Justice nominees, until [Sessions] lives up to the commitment he made to me prior to his confirmation.”

Next: Marijuana saves the lives of opioid addicts. 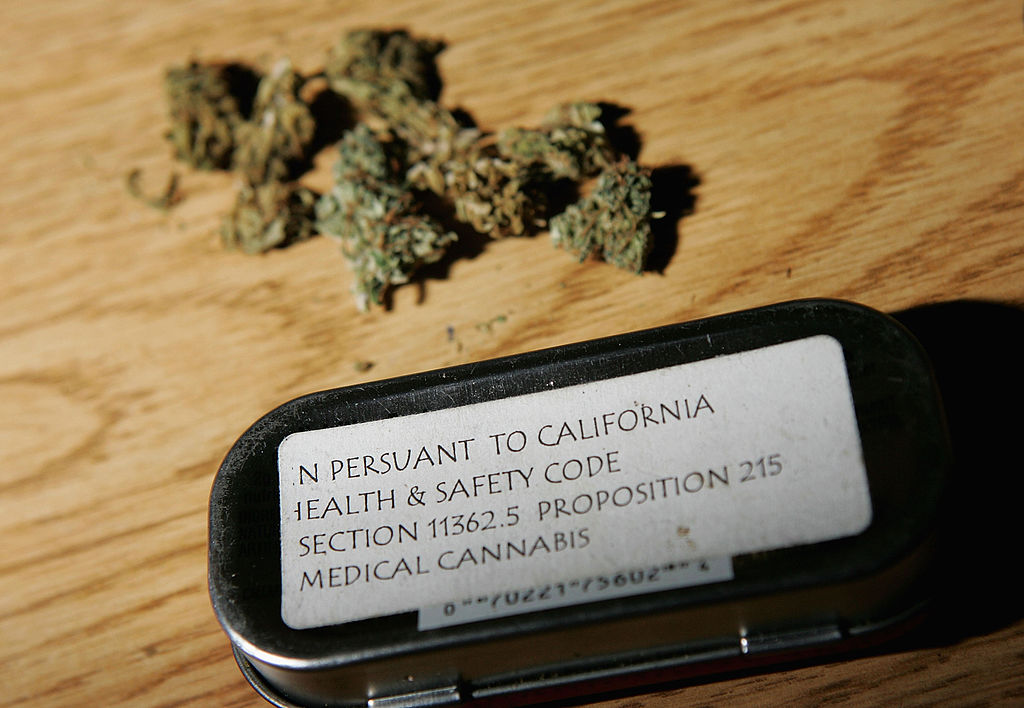 Opioid use is down in states with medical marijuana. | Justin Sullivan/Getty Images

What does medicinal marijuana have to do with America’s opioid epidemic? In an 11-year study published in the Journal of American Medicine, states with medical cannabis laws had a 25% lower opioid overdose rate.

Next: Veterans with PTSD depend on medicinal marijuana.

5. Working against veterans with PTSD 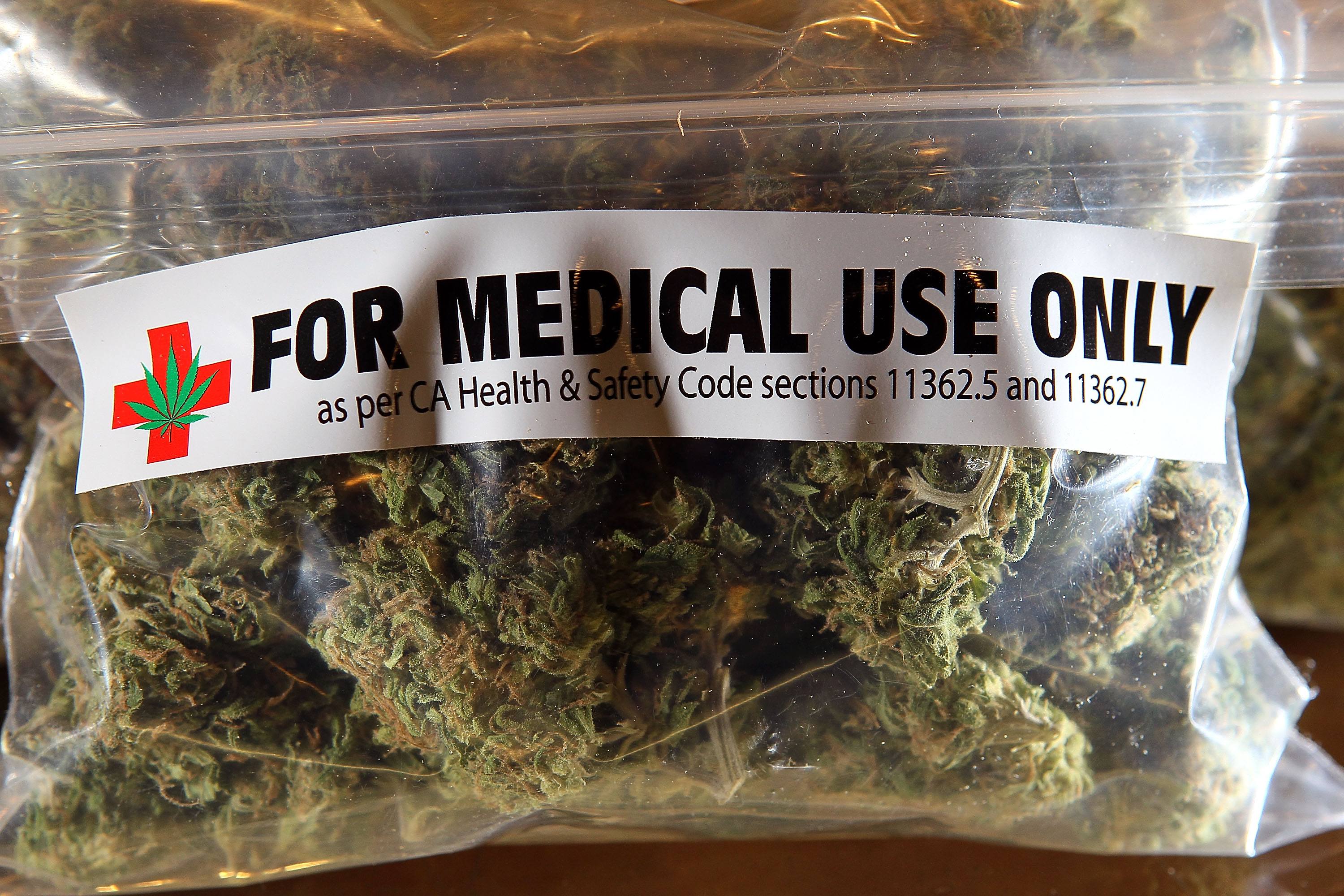 They may rely on more addictive painkillers. | Justin Sullivan/Getty Images

In November 2017, New York became the seventh state to include post-traumatic stress disorder (PTSD) as a qualifying condition for cannabis treatment. Military veterans have pressured legislators to offer more options on this front for years. If federal prosecutors begin moving on dispensaries and other legal operations, that would limit access to those experiencing PTSD.

Without access to cannabis, veterans and others suffering from the disorder turn to addictive painkillers. People from all walks of life have called Sessions’ move a step backwards, and many servicemembers see it the same way. 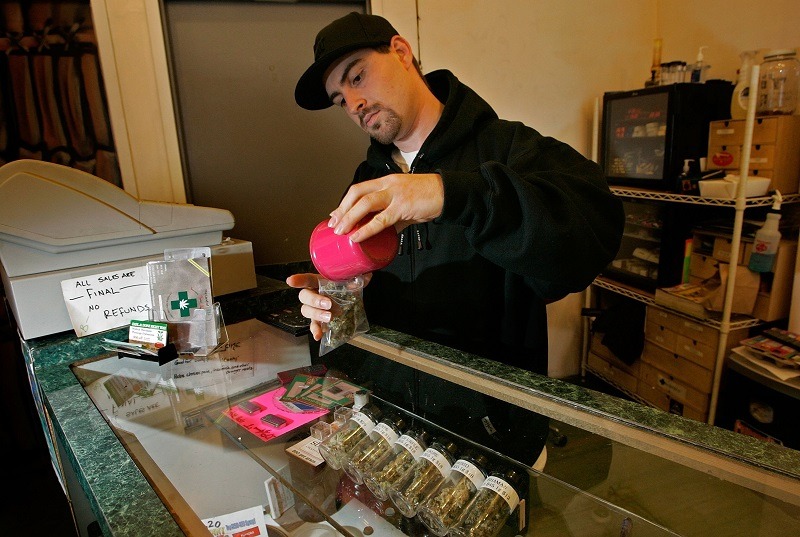 Whatever you think of it, there’s no question it has created jobs. | Justin Sullivan/Getty Images

If Sessions works for “the jobs president,” why would he enact a policy that hurts a budding industry and kills jobs? The approach is odd. Following the attorney general’s move, marijuana stocks promptly fell on Wall Street. With the arrival of recreational pot in California, the industry seemed poised to explode. But the mood changed with the reversal of the Cole memo, and heavy financial losses followed.

Next: Mexican drug cartels will be happy with Trump and Sessions.

7. A potential windfall for Mexican cartels 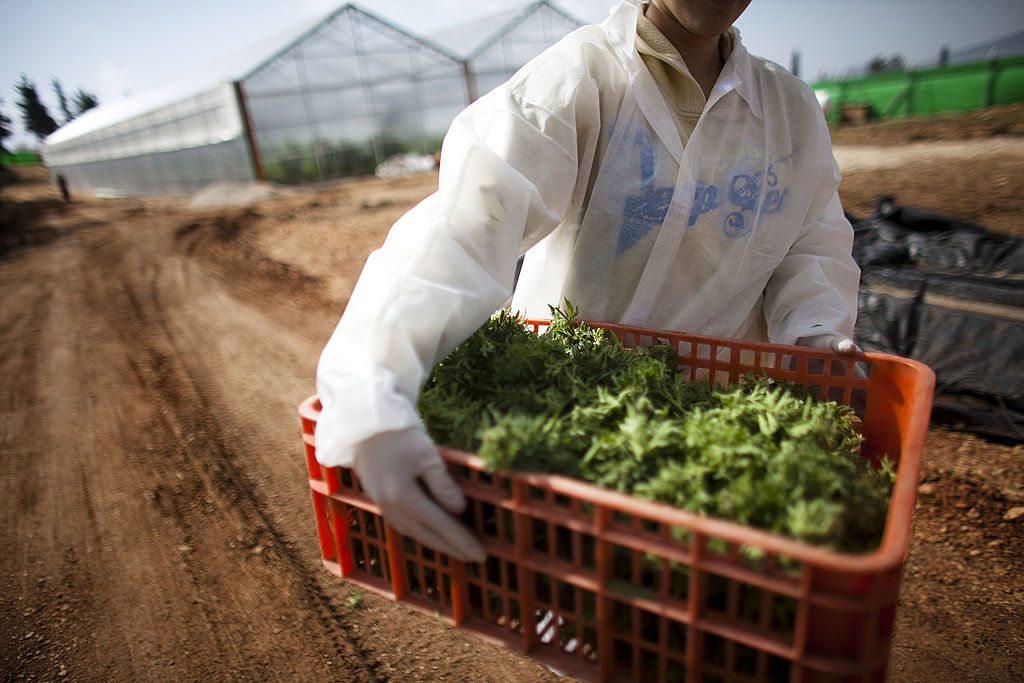 The Mexican cartels might get back into the business. | Uriel Sinai/Getty Images

When legitimate investors are scared off, those less afraid to accept the risks move into industries. In the case of narcotics, that group is illegal drug traffickers. According to reports, the prices of marijuana in Mexico’s top production areas dropped over 60% (from $74 to $26) since 2010. Meanwhile, Business Insider reported a huge drop in marijuana seizures at our southern border since 2015.

These shifts are no accident. Rather, they are results of the new decriminalization policies for pot in America. Once those policies shift back to pre-Obama standards, cartels will feel emboldened to re-establish their trade in the U.S.

Next: Voter referendums all turn out the same way.

8. Ignoring the will of the people 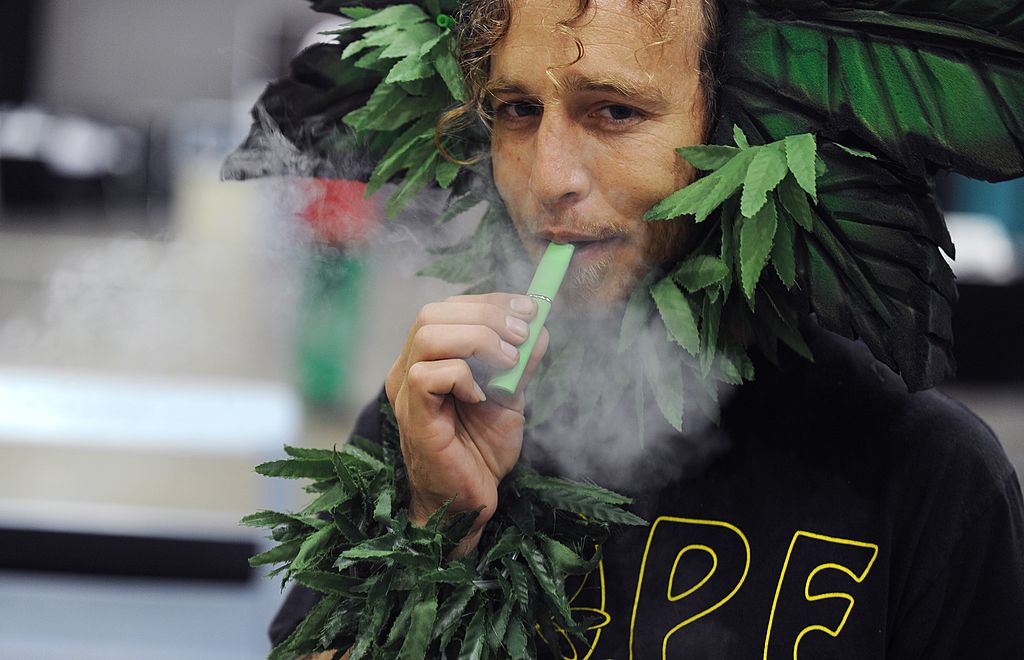 Voter referendums across the country have been for legalization. | Robyn Beck/AFP/Getty Images

If you watched Jeff Sessions’ confirmation hearing, you saw him make a strong case for states’ rights. Like many staunch conservatives, Sessions dislikes the idea of the federal government meddling at the state level. Of course, his reversal of the Cole memo does just that. States who had moved forward with legislation must now keep an eye out for the nation’s top cop.

It seems to defeat the purpose of voter referendums held every year across the country. When voters turn out to make changes Congress won’t, you hope to see your vote count. With this move, Sessions is saying they don’t. That’s fine, but it will surely motivate many voters to make sure their vote counts in November 2018.