As Irma Strengthens, Tropical Storm Jose Forms – Where Is It Headed?

As Hurricane Irma strengthens into a Category 5 storm, possibly headed for Florida, eyes are on yet another storm brewing – Tropical Storm Jose, which is forming in the Atlantic Ocean. Jose is the 10th storm to be named during this hurricane season. As of late Tuesday morning, it was moving west-northwest at 13 mph in the mid-Atlantic, about 1,505 miles east of the Lesser Antilles, with sustained winds of 40 mph.

Jose is forecast to become a hurricane by 8 a.m. EST Thursday, thought it will still be far at sea then, Fortune reports, adding that it is too soon to tell what impact Jose may have on the Caribbean or United States, with the first risk of landfall being early Saturday in islands around Antigua.

“Advisories are being started on Tropical Storm Jose,” reported the National Hurricane Center, which said Jose is following closely behind Irma. “The environment in which Jose is located appears to be quite conducive for development for the next three days.”

Jose could become a Category 2 hurricane as it nears the northeastern Caribbean islands by the end of this week, reported ABC News, adding there is no threat to the U.S. or Puerto Rico at this time. Those in the Lesser Antilles should monitor the progress of Jose, in addition to Irma, closely, advised Weather.com.

As for Irma, the hurricane is currently about 300 miles west of the Leeward islands and now moving west quickly, reported ABC News, which stated the good news is the storm looks to pass to the north of some of the islands toward which it is headed, including Puerto Rico. This would still mean heavy rain is likely to hit, however. By Sunday morning, Irma is forecast to be just south of the Florida Keys, still as a Category 4 storm, putting Florida in the crosshairs. 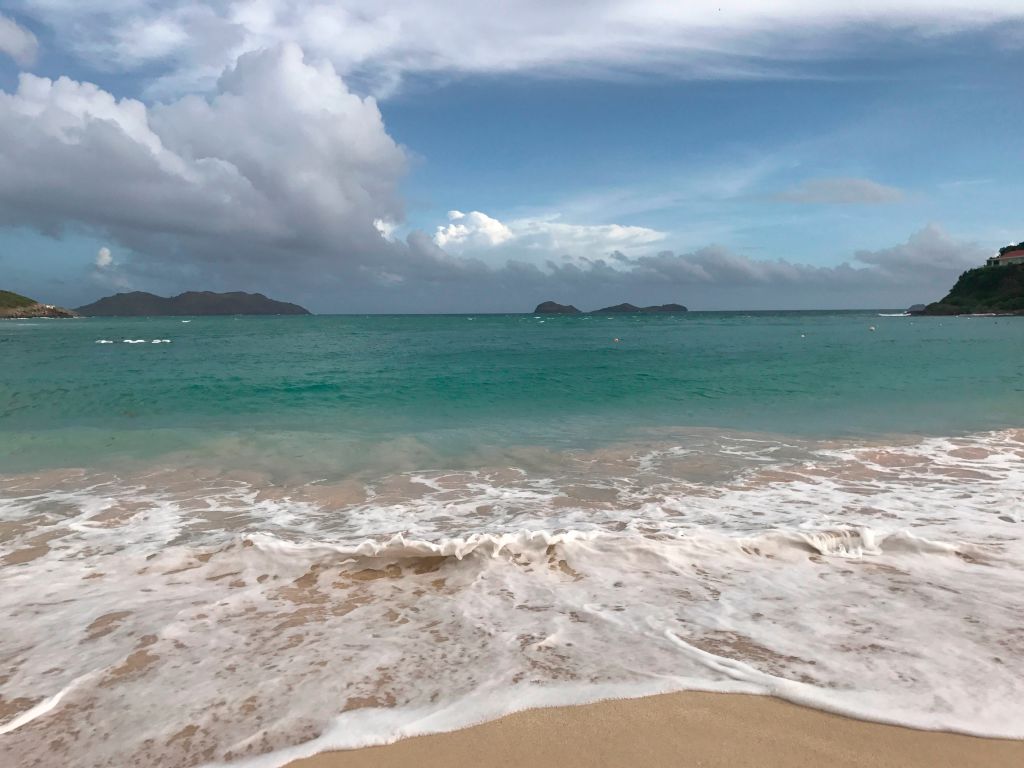 A photo taken on September 5, 2017 in Saint-Barthelemy, on the island of Guadeloupe, as part of preparations ahead of the arrival of Hurricane Irma. Irma picked up strength and has become an “extremely dangerous” Category Five hurricane as it approached the Caribbean on September 5. | Olivier Toussaint/AFP/Getty Images