30,000 Bath Toys and Other Crazy Items to Wash Ashore

Beach-goers hunting for seashells on the shoreline find more than shells. All sorts of things wash up ashore for people to find on the beach. Discover some of the craziest items to ever be found ahead. 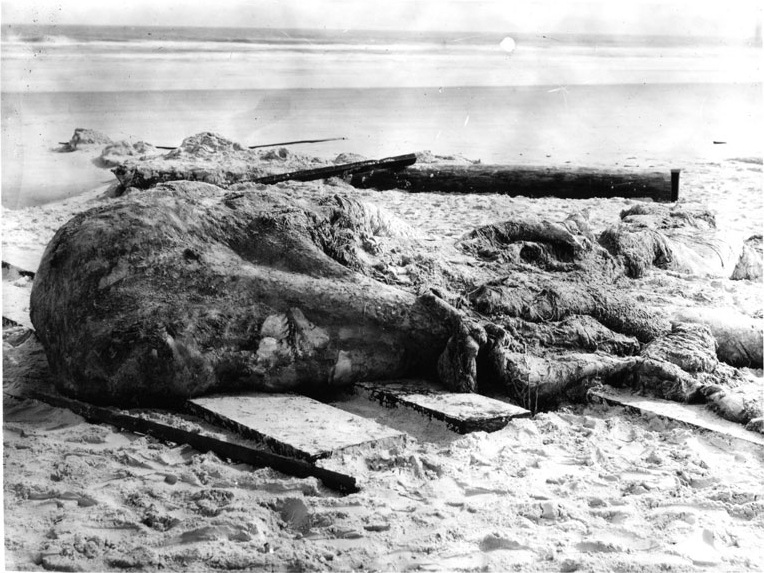 It turns out it was pretty mundane. | Wikimedia Commons

In 1896, two boys find what later becomes known as the Saint Augustine Monster, on Anastasia Island, Florida, according to the Smithsonian Institution Archives. Assuming what they discover is a whale, the boys report their finding to De Witt Webb, the founder of the St. Augustine Historical Society and Institute of Science. Over the next century, different theories emerge about the boys’ finding. In 2004, DNA tests determine their finding is nothing more than whale blubber.

Hint: Body parts wash up on this beach.

The best case scenario is they were improperly discarded by a lab. | The Siberian Times via Twitter

In early March 2018, a fisherman discovers a single severed human hand, which quickly becomes 54 severed hands, at a popular fishing spot near Khabarovsk, Siberia, according to The Siberian Times. One theory suggests the severed hands are from dead bodies at a hospital. How and why the hands end up on a beach is still unknown.

Hint: Don’t eat these pickles found on the shore. 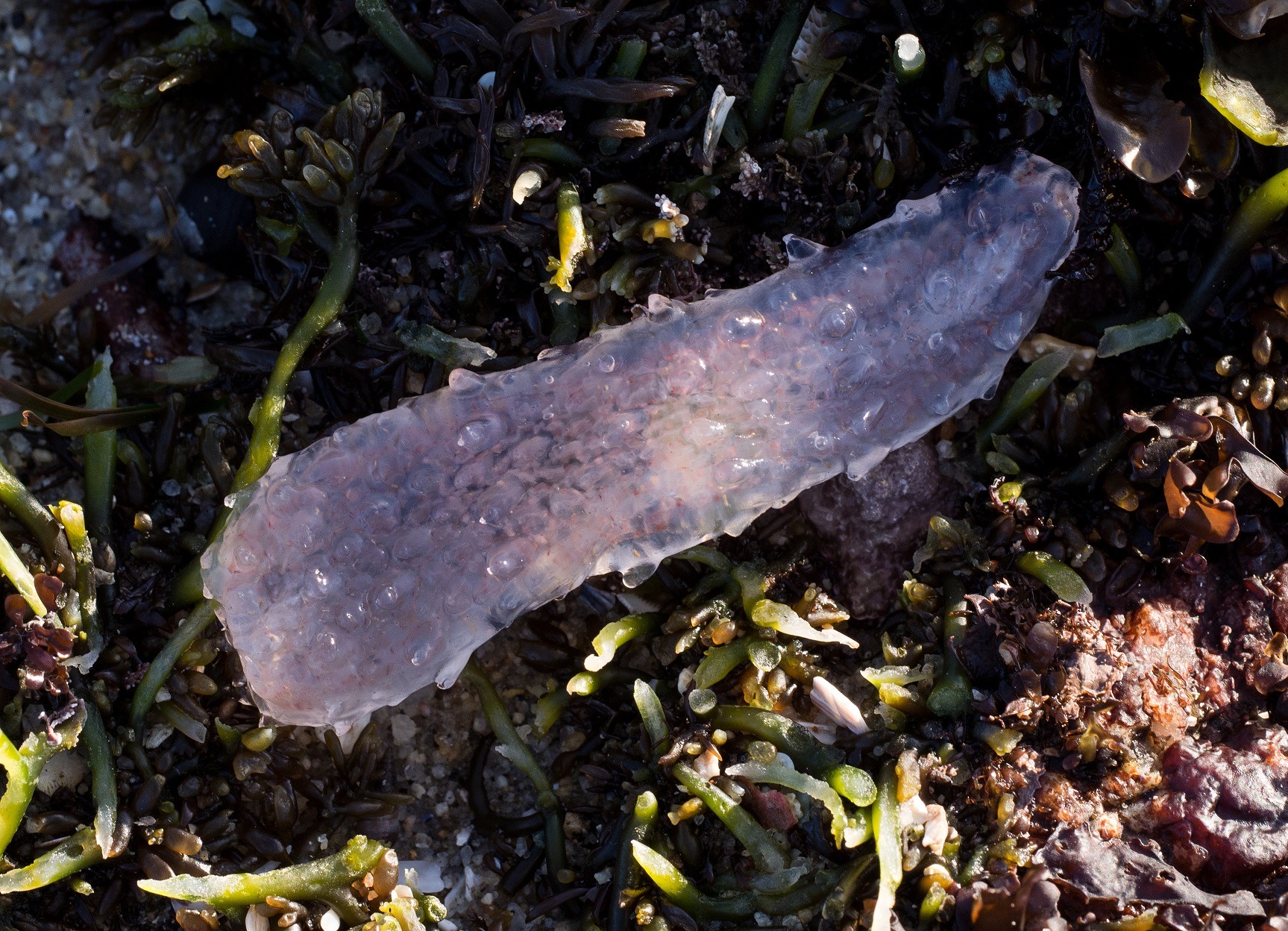 They are not normally found in the Northwest. | Rhododendrites/Wikimedia Commons

Hint: A find worth millions washes ashore in Texas. 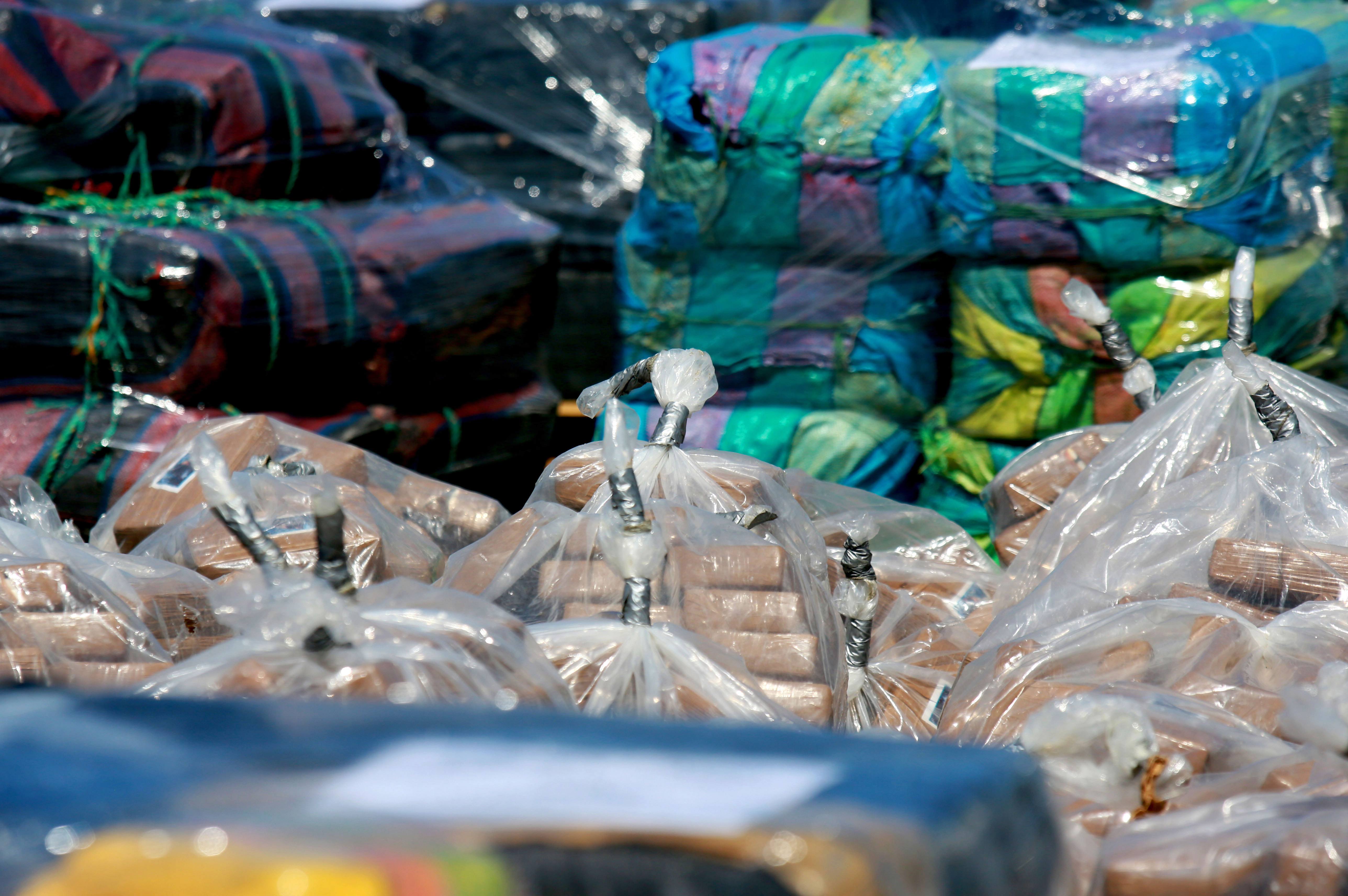 66 pounds of cocaine washed up on shore. | Photo by Sandy Huffaker/Getty Images

Police in Galveston, Texas, keep finding drugs wash up ashore. Drugs show up on the beach six times in a week. Their biggest find is $3.6 million worth of cocaine, 66 pounds to be exact. “It’s not unlikely to see one [package of drugs wash ashore] each month, or one each couple of months,” Sgt. Joshua Schirard of the Galveston Police Department, told the Chron. Police believe drug cartels sink shipments but some have become loose and end up on the beach.

Hint: Man loses motorcycle in a tsunami and gets it back. 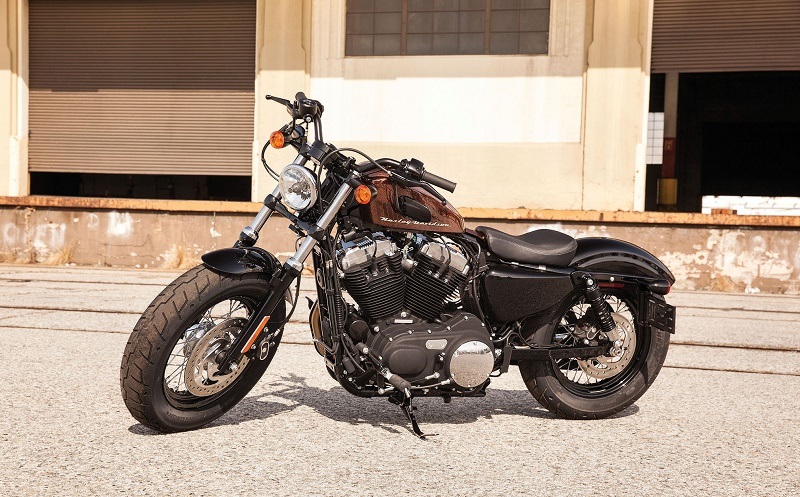 He was reunited with his Harley. | Harley-Davidson

Ikuo Yokoyama, loses family members and many of his possessions in a devastating tsunami in 2011, according to CBC News in Canada. One of his lost possessions is a Harley-Davidson motorcycle. More than a year later, Yokoyama’s motorcycle is discovered in British Columbia, rusty but still intact. A Harley-Davidson representative finds Yokoyama and offers to restore the motorcycle to its former glory and return the bike to Yokoyama in Japan. 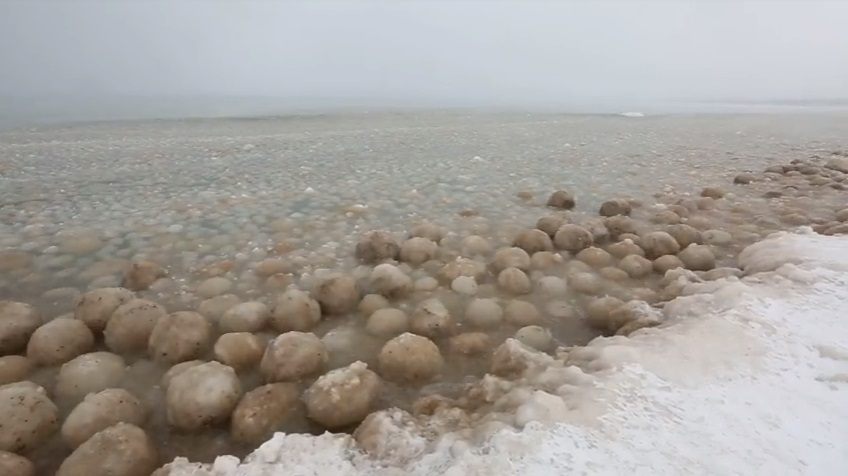 They are too perfect to seem real. | Paul May via Youtube

On the shores of Lake Michigan, giant ice balls — some the size of basketballs — form in the winter months. Most often “ice balls are caused when chunks break from large sheets of ice on the Great Lake,” according to MLive. Waves toss the ice balls around, giving them their round shape. 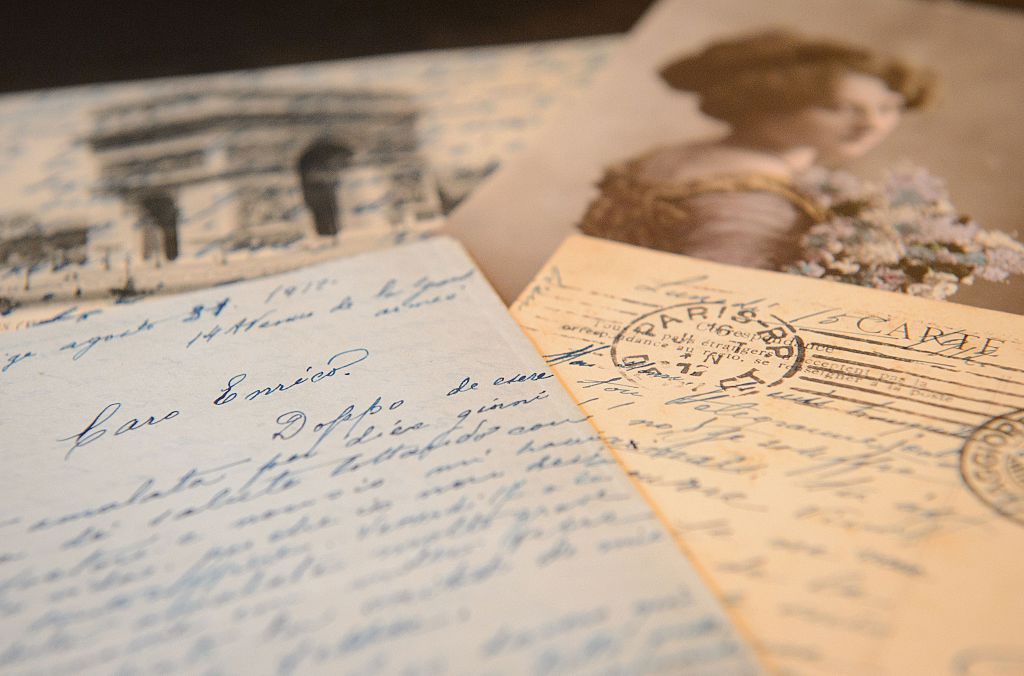 They were able to return the letters. | Leon Neal/AFP/Getty Images

One day after Hurricane Sandy, a teenage boy and his mom discover a bundle of letters tied together with pink ribbon on the shore near the Atlantic Highlands, N.J. All together there are 57 letters from 1942 to 1948 written by Dorothy Fallon and Lynn Farham. The pair track down relatives of Fallon and Farham and return the letters, according to the Daily News. 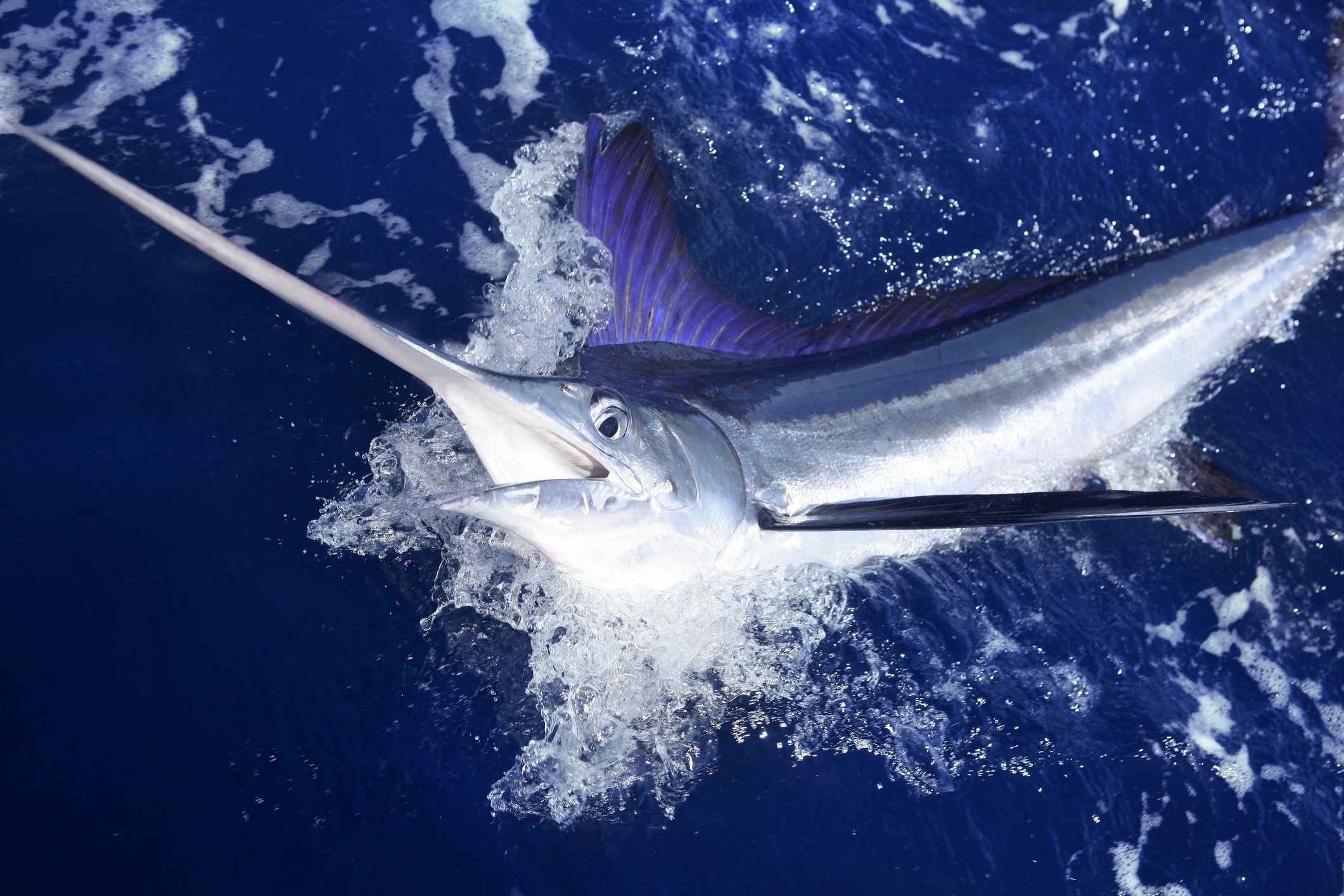 It likely belonged to a particularly large swordfish. | LUNAMARINA/iStock/Getty Images

In Oct. 2012, a man discovers an eyeball the size of a softball on a Florida beach, according to the Tampa Bay Times. Wildlife experts examine the eyeball and determine the eyeball is from a rather large swordfish. Additional tests are run on the eyeball before it’s added to the Fish and Wildlife Research Institute’s specimen collection.

Hint: Explosives wash up on the beach after a supermoon. 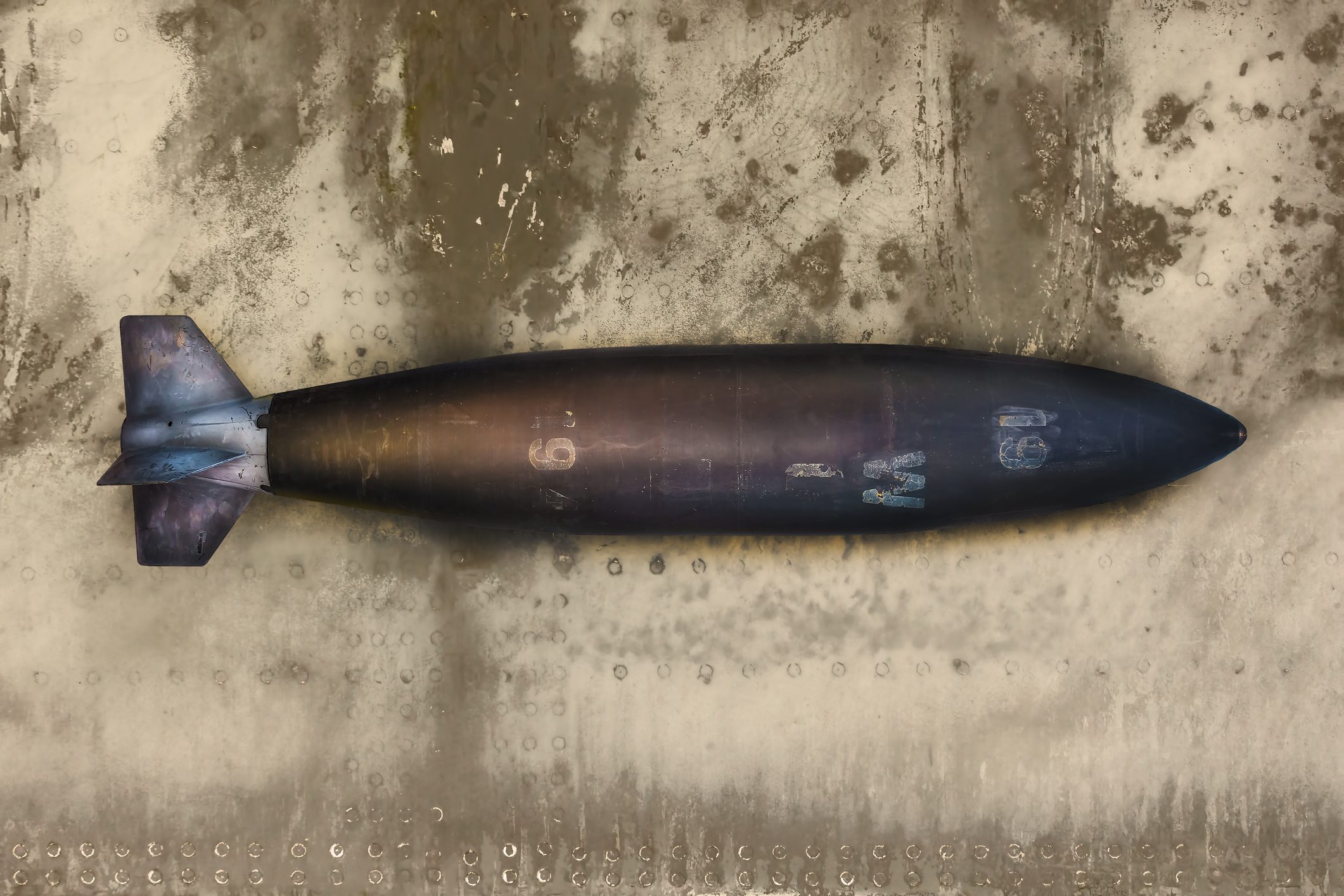 The bombs were detonated during high-tide. | DutchScenery/iStock/Getty Images

Practically 100 live bombs from WWII wash up on the beach in Hampshire, England, in 2011. After blocking off the beach, members of the British Navy detonate the bombs during high-tide, according to the Daily Mail.

Hint: Washing ashore are toys from more than 20 years ago. 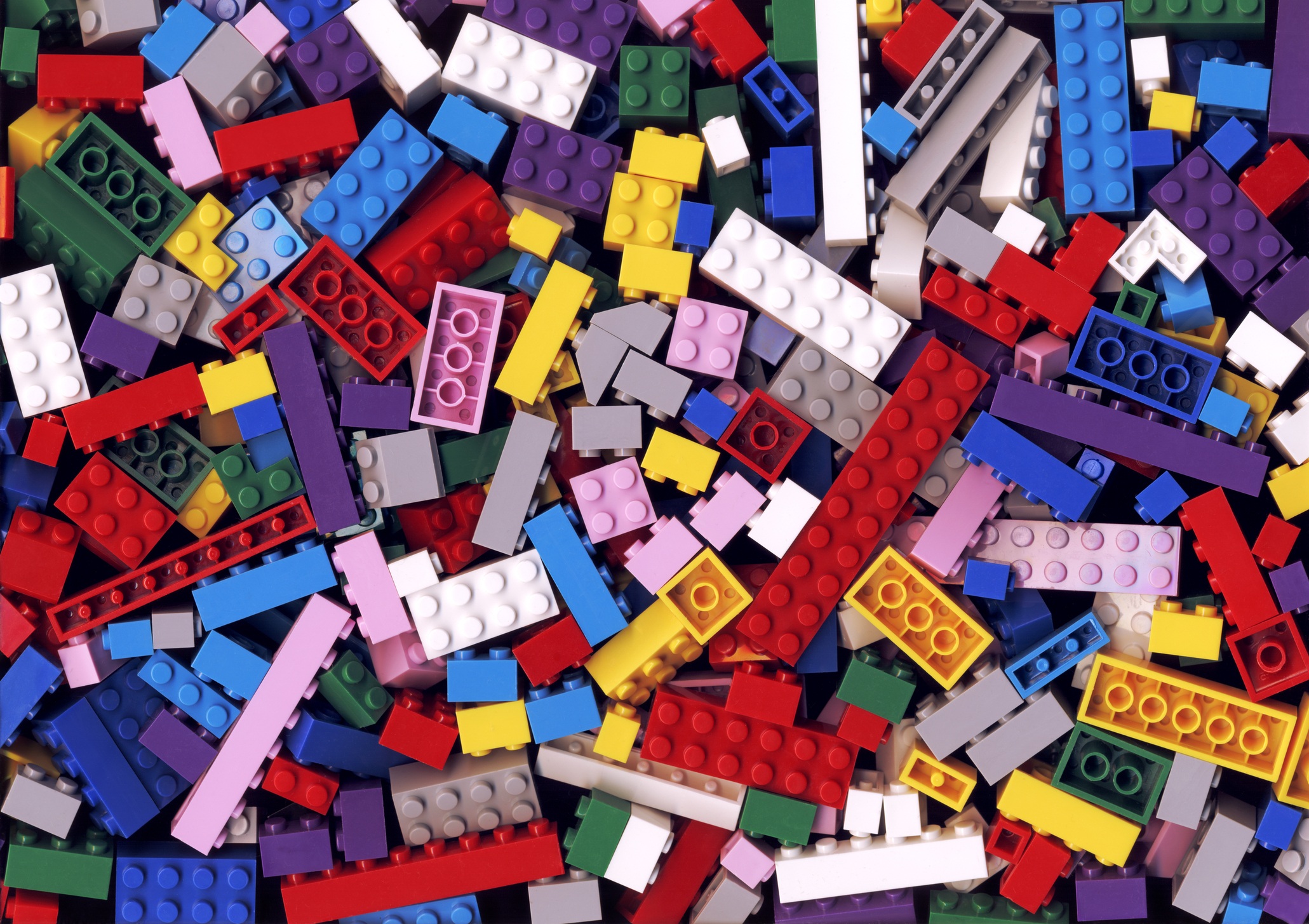 They keep floating to the same place. | Punkbarby/iStock/Getty Images

In 1997, millions of Lego blocks fall off a shipping container into the ocean. Today, Lego blocks are still washing ashore. Legos are showing up on the beaches of Cornwall, England, according to the BBC. “The mystery is where they’ve ended up. After 17 years they’ve only been definitely reported off the coast of Cornwall,” Curtis Ebbesmeyer, oceanographer, told the BBC. 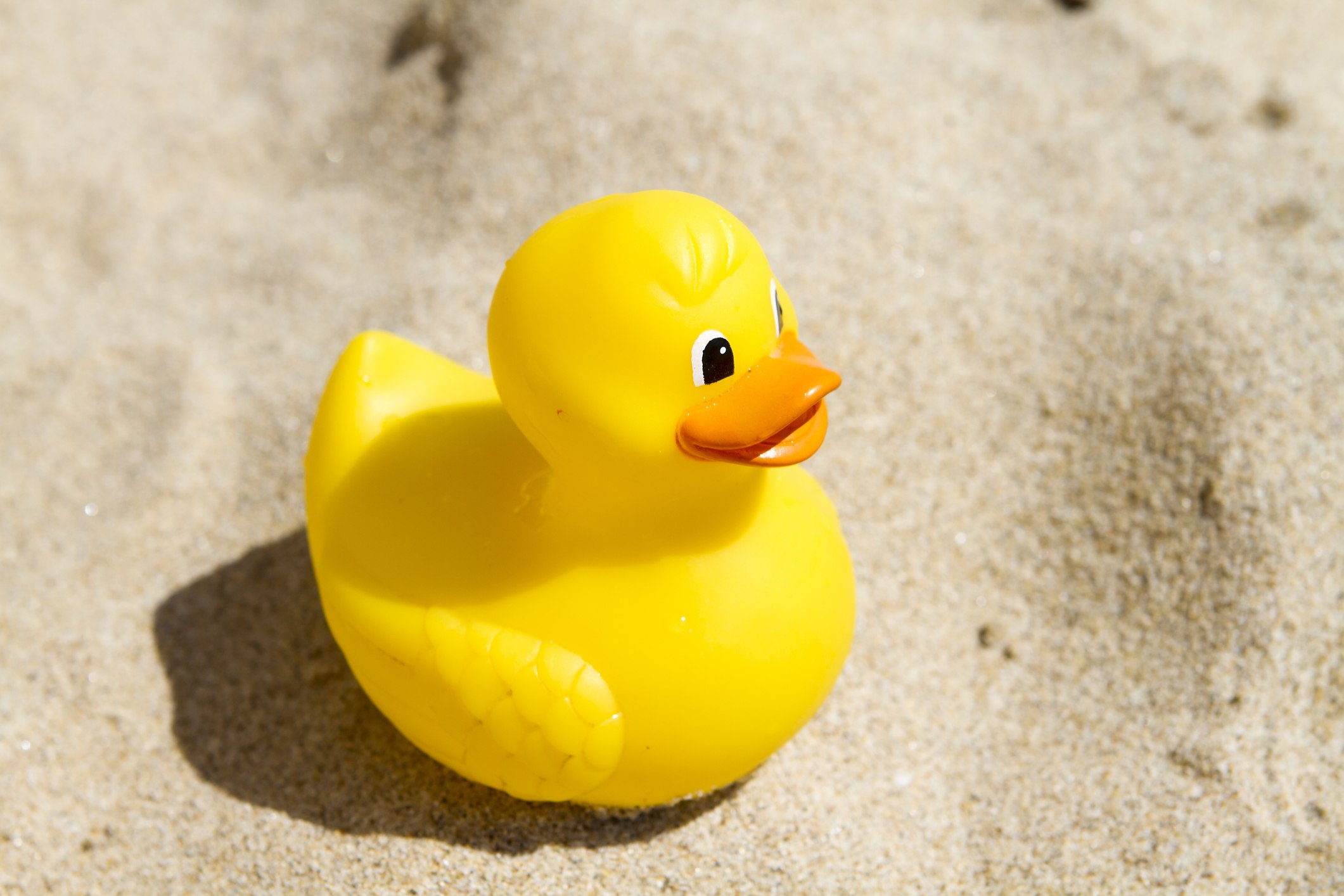 A shipping crate with 28,000 bath toys spills in 1992, according to Independent. People continue to track the toys today — namely, rubber ducks — and send pictures to Ebbesmeyer. The toys provide information about a constantly moving current or a “gyre.” “It was like knowing that a planet is in the solar system but not being able to say how long it takes to orbit,” Ebbesmeyer said. “Well, now we know exactly how long it takes: about three years.”

Hint: People rarely get a glimpse of this massive sea creature. 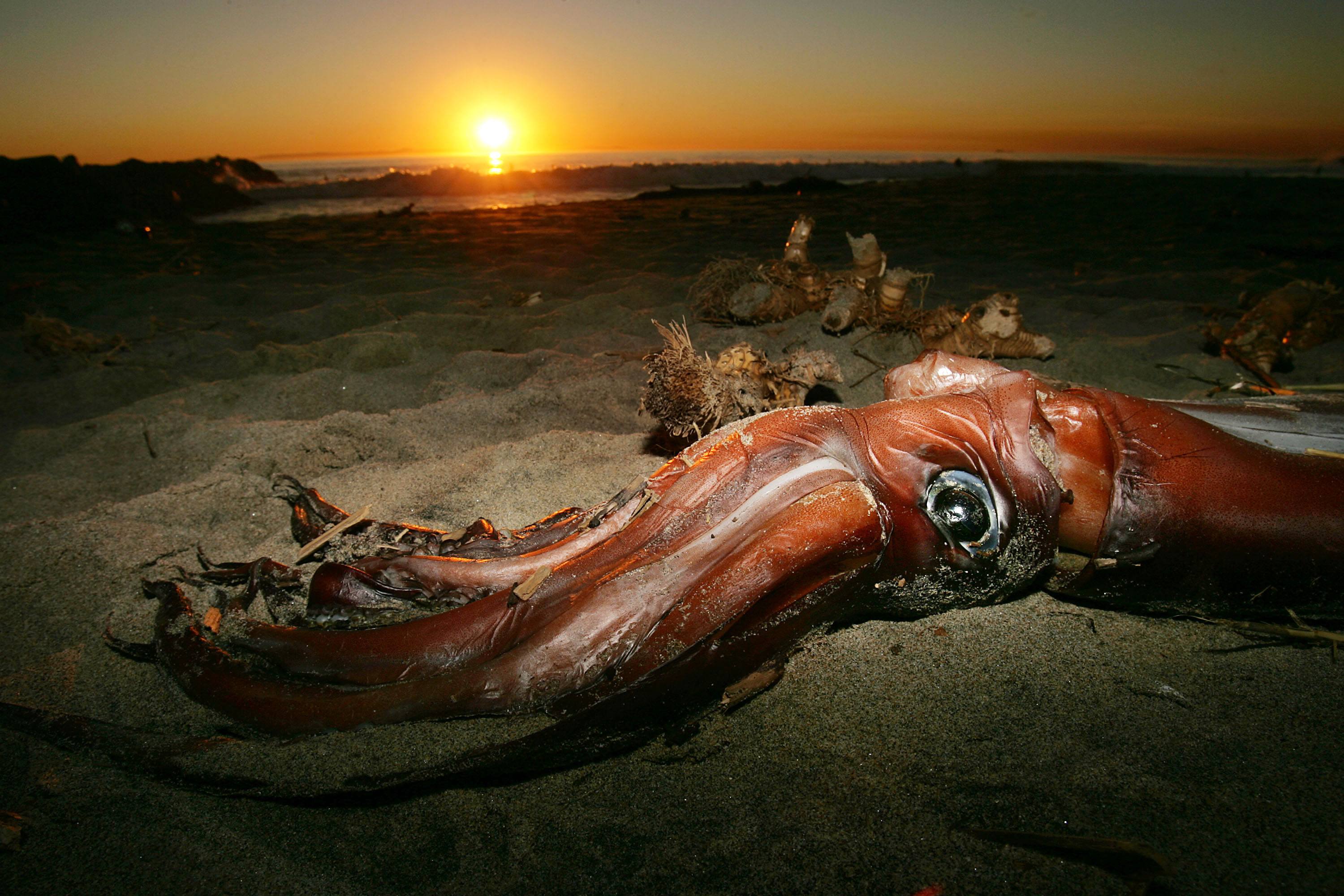 They are rarely seen by humans. | David McNew/Getty Images

A 400-pound giant squid washes ashore in the Spanish town of Cantabria in 2013, according to LiveScience. This is an extraordinary event for scientists because squids live deep in the ocean and are rarely seen by humans. The giant squid is transferred to a nearby museum but not before an underwater photographer who happens to be walking along the beach snaps a photo.

Hint: Man gets big payday thanks to dog. 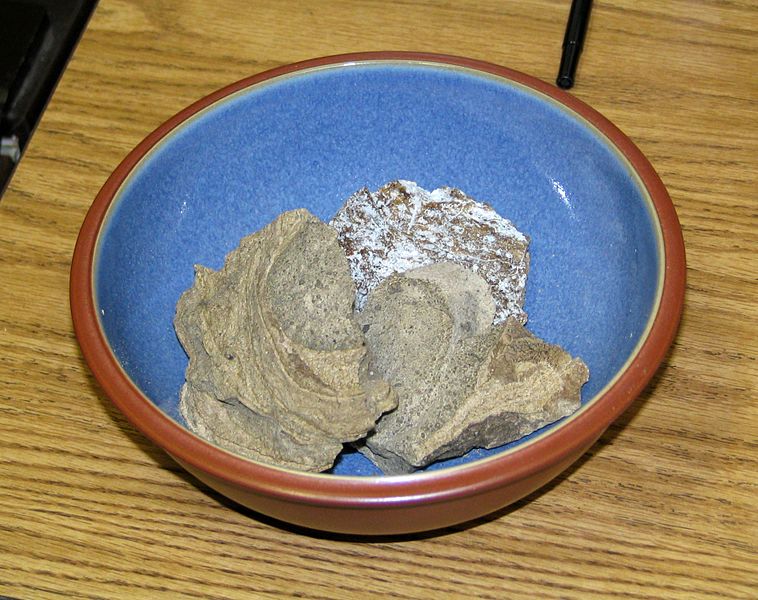 It’s worth a lot of money. | Peter Kaminski/Wikimedia Commons

Ken Wilman’s dog comes across a yellow blob on the beach smelling so vile Wilman and his dog leave the blob alone. “It smelled horrible. I left it, came back home and looked it up on the internet,” Wilman told the Mirror. “When I saw how much it could be worth, I went back and grabbed it. Turns out, the six-pound blob is whale vomit, worth up to $180,000. 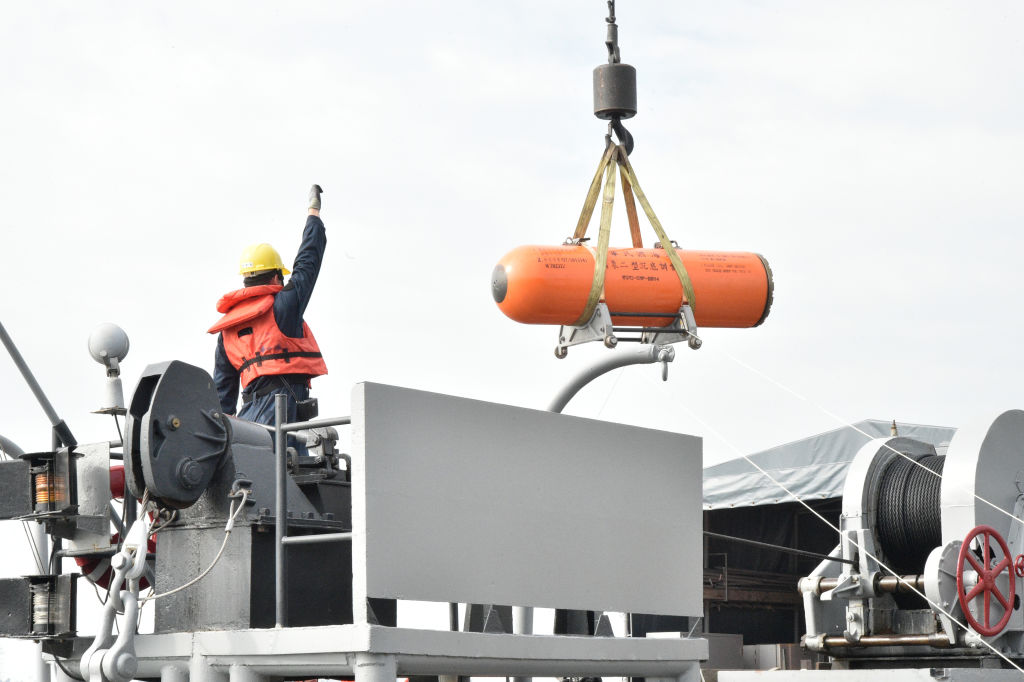 The mine washed up among beachgoers. | Mandy Cheng/AFP/Getty Images

A training mine belonging to the U.S. Navy washes ashore on Miami Beach scaring sunbathers. The mine, nearly six feet in length, resembles a torpedo, and gets loose from a tether on the ocean floor off the coast, according to CBS Miami.

Hint: A character from a Steven Spielberg movie shows up on the beach. 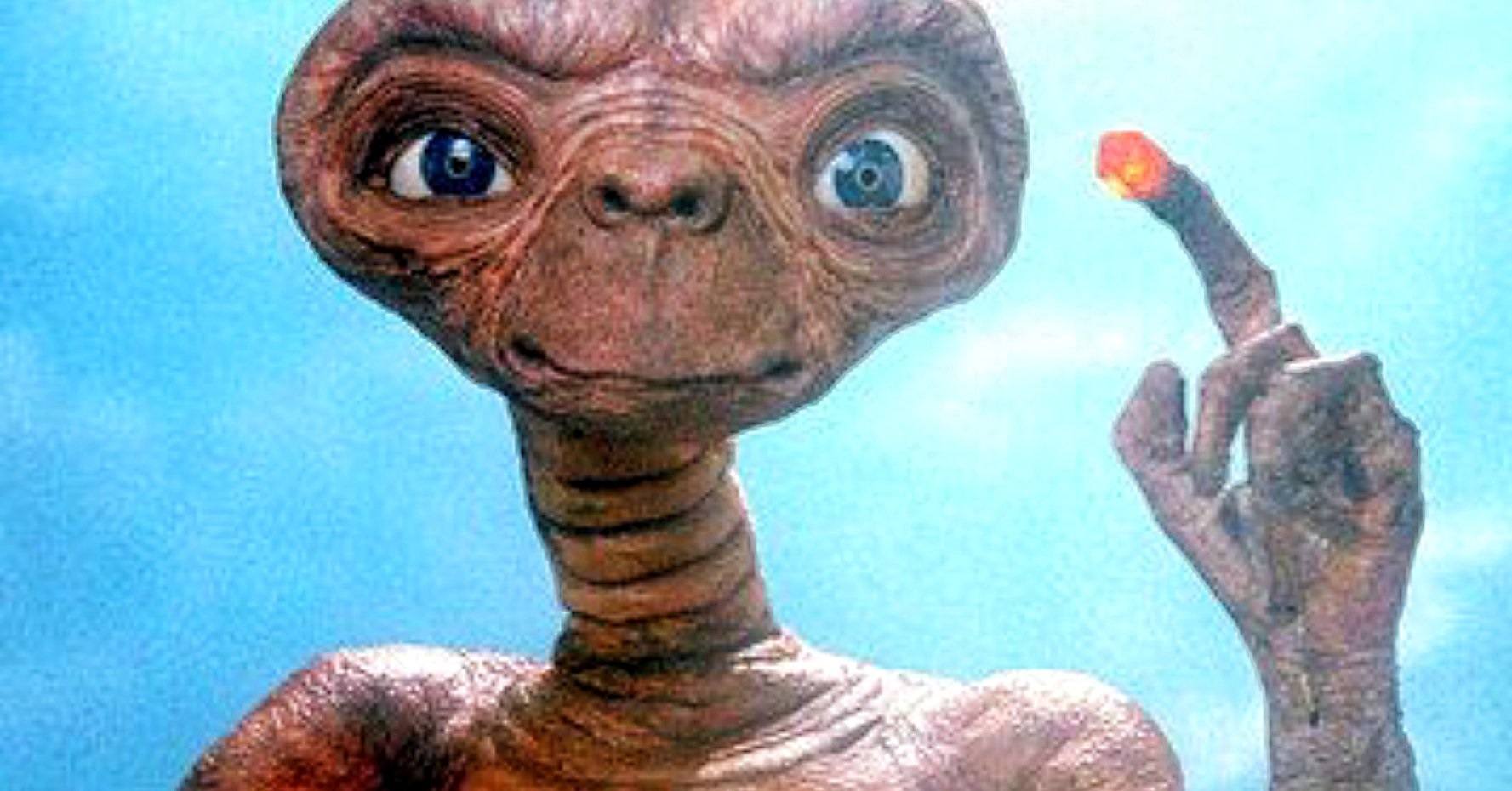 The replica had been stolen from a woman four months earlier. | Universal Pictures

A body is spotted five miles off the coast of Old Portsmouth, Hampshire, a town in England, according to the Daily Mail. What appears to be a human body is actually a life-size replica of E.T. stolen from Margaret Wells four months earlier. Wells’ daughter creates E.T. during a three-month long stage makeup class.

Read more: The Worst Beaches in the United States