Delicious Brisket Recipes You Can Make at Home

For many folks, brisket is synonymous with low-and-slow smoking. The tender meat tastes great piled on a bun with some barbecue sauce or completely unadorned. But why stop there? This cut of beef is spectacular in tons of applications ranging from elegant braises to chili. Though it takes a while to cook, you’ll be rewarded with tasty results. Better yet, the leftovers are phenomenal and easy to morph into plenty of speedy dishes. Try these six recipes to see just how versatile brisket can be. 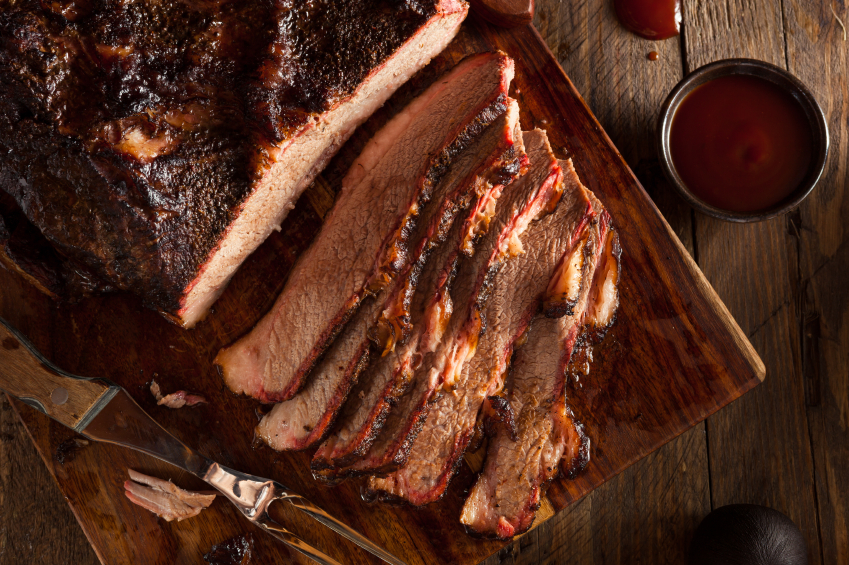 We wouldn’t dream of doing a brisket lineup without a recipe for this barbecue favorite. As with many iconic foods, there’s tons of debate about how to make the best version, particularly when it comes to the rub. Some swear by their secret recipe with tons of spices while others keep it simple with salt and pepper.

Bobby Flay’s recipe featured on Food Network splits the difference with a mix of salt, ancho chili powder, cayenne, cumin, mustard, and paprika. If that weren’t enough, the meat gets a slathering of a seasoned beer mixture every 30 minutes. By the time the meat is tender, the exterior will have an intensely flavored crust that’s impossible to resist. No need for barbecue sauce with this one.

Directions: Mix spices together in a small bowl. Rub spice mixture over entire brisket, and set on a baking sheet. Cover, and let stand in refrigerator 1 to 6 hours.

Meanwhile, place all mop ingredients in a medium saucepan. Season with salt and pepper, and cook over medium heat for 15 minutes. Remove from heat and let cool.

Prepare smoker according to manufacturer’s directions. Place brisket, fat-side down, in smoker. Cook 4 to 5 hours, or until very tender, basting with mop every 30 minutes. Slice and serve. 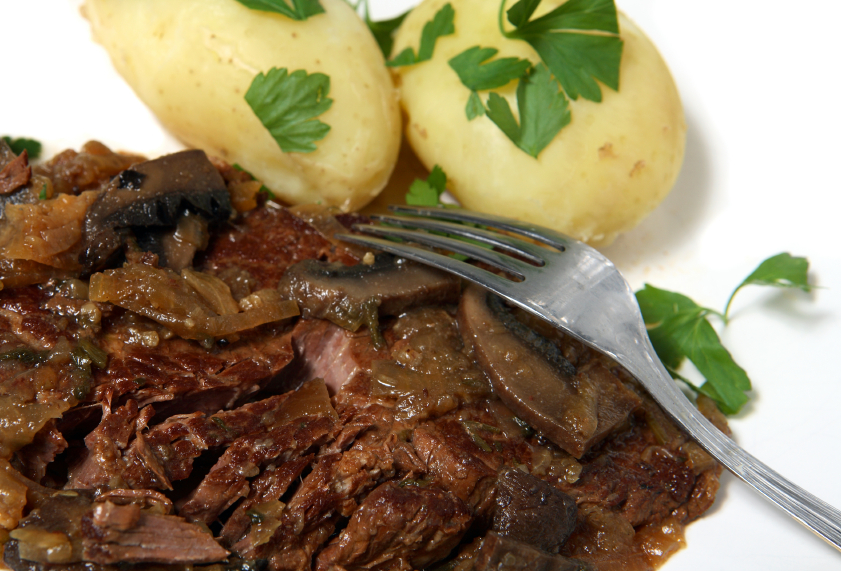 The thought of entertaining causes most people to panic, even if they’re only inviting close pals. Though pulling off an impressive meal might seem daunting, it can be remarkably simple. The best strategy is always to cook in advance, which makes this brisket simmered in wine from Martha Stewart’s Everyday Food perfect for the job. It’s little more than garlic, wine, and beef, but the taste is out of this world.

You can start this dish the day you’re planning to serve, but you can make things even easier by cooking the day before. Once the meat is done, let it cool to room temperature, cover, and refrigerate it. When you’re getting close to the big event, gently heat the braise in a low oven until it’s just heated through.

Directions: Preheat oven to 350 degrees Fahrenheit. In a large Dutch oven or other heavy pot, heat 2 tablespoons oil over medium-high heat. Season meat with salt and pepper. Working in batches, cook, turning occasionally, until dark brown on all sides, about 20 minutes total. Transfer briskest to a plate, and discard fat left in pot. Return pot to heat, and add 2 teaspoons oil and shallots. Cook, stirring, until shallots are browned, about 3 minutes. Add garlic and cook, stirring, until fragrant, about 1 minute.

Add wine to pan, and simmer briskly until reduced by three-fourths, about 15 minutes. Return beef to pot, and add just enough water to cover meat, about 5 to 6 cups. Bring to a boil, cover, then transfer to oven. Cook until beef is tender, about 3½ to 4 hours. Serve. 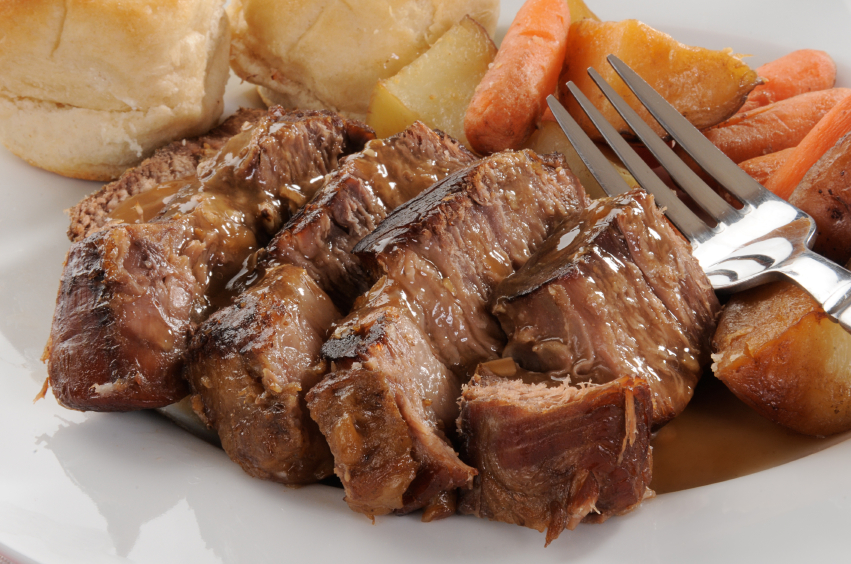 Though steaks and chops are great for getting dinner on the table quickly, they’ll never be able to deliver the same sort of complex flavor you get with a braised dish. For a meal that will wow you with flavor, try Fine Cooking’s savory brisket recipe. Unusual ingredients like orange peel and cinnamon mellow out as they cook to create a sauce with tons of depth. And since this dish features plenty of veggies, all you need is a simple side of potatoes or noodles to round out the meal.

Directions: Position oven rack to lower third of oven and preheat to 300 degrees Fahrenheit. Cut a square from a roll of cheesecloth and rinse to remove fibers, then lay flat. Pile garlic, oregano, orange zest, cinnamon stick, and pepper flakes in the center. Gather edges to form a bundle, and tie tightly with kitchen twine. Set aside. Pat brisket dry, and season with salt and pepper. Heat a 5- to 6-quart Dutch oven over medium-high heat with olive oil. Brown meat on all sides, turning with tongs, about 5 minutes per side. Adjust heat as needed. Remove meat to a large plate.

Pour off all but 2 tablespoons of drippings, then return pot to medium heat. Add finely chopped onions, celery, and carrots. Season generously with salt and pepper. Cook until softened, about 5 minutes. Add vinegar, and stir with a wooden spoon, scraping up any remaining browned bits on the bottom of the pan. Bring to a boil and cook until liquid reduces to 2 tablespoons, about 1 minute.

Add tomatoes, broth, and spice bundle. Bring liquid to a simmer. You should have at least 1 inch of liquid in the pot. Add more broth, if needed. Return meat to pot along with accumulated juices. Return to a simmer, cover with parchment, pressing down to cover meat. Cover with lid, then transfer to oven. Cook for 2 hours, turning brisket with tongs after 1 hour.

Turn brisket once more, then add parsnips, carrots, and pearl onions. Continue to cook, until meat is tender, about 1 hour longer. Test for doneness by spearing meat with a carving fork. The meat should fall back into the pot when you hold the fork upside down.

Transfer brisket and vegetables to a platter, and tent with foil. Strain remaining liquid into a measuring cup, and discard finely chopped vegetables and spice bundle. Spoon fat from surface, and wipe pot clean with paper towels.

Return juices to pot, and bring to a simmer over medium heat. Taste, and reduce until sauce is flavorful, 5 to 15 minutes. Season with salt and pepper, then stir in parsley.

Carve meat and arrange on a platter. Ladle half of sauce over top, and add vegetables. Serve, passing remaining sauce. 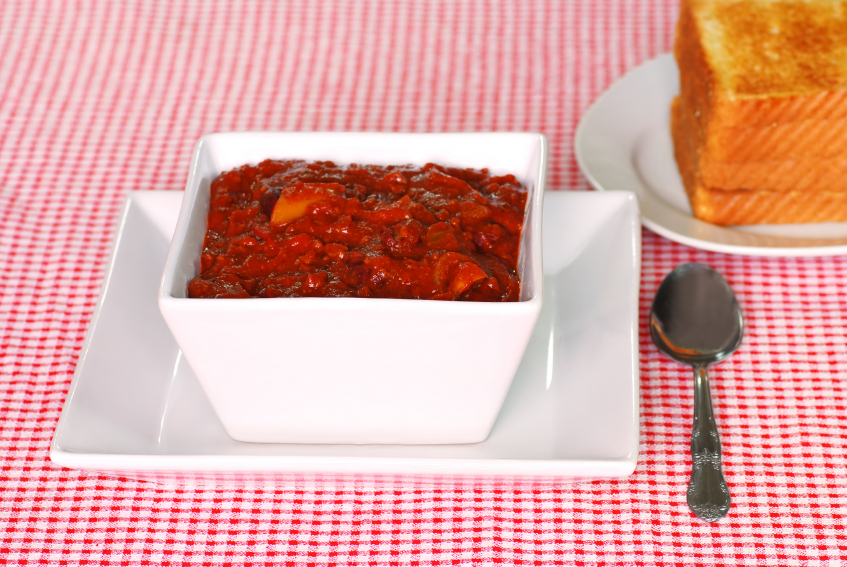 Your go-to chili recipe probably calls for ground beef, and that’s perfectly fine for busy nights. When you want to make a truly great bowl of red on a day off, Epicurious’ slowly cooked chili is the way to go. In true Texas form, this recipe doesn’t include any beans, though you could certainly add them.

Directions: Place dried chilies in a medium bowl, cover with boiling water, and soak until softened, at least 30 minutes and up to 4 hours.

Preheat oven to 350 degrees Fahrenheit. Sauté bacon in a heavy, ovenproof pot over medium-high heat until beginning to brown. Add onions, reduce heat to medium, cover, and cook until tender, about 5 minutes. Season beef all over with salt and pepper. Add to pot, and stir to coat. Set aside.

Bring chili to a simmer, cover, and transfer to oven. Cook 2 hours. Uncover, and cook until beef is just about tender, about 1 hour longer. Add squash, and stir to coat. Roast uncovered until beef and squash are tender, about 45 minutes, adding more liquid from the chilies as needed. Season chili with salt and pepper. Skim fat from surface, and serve with toppings. 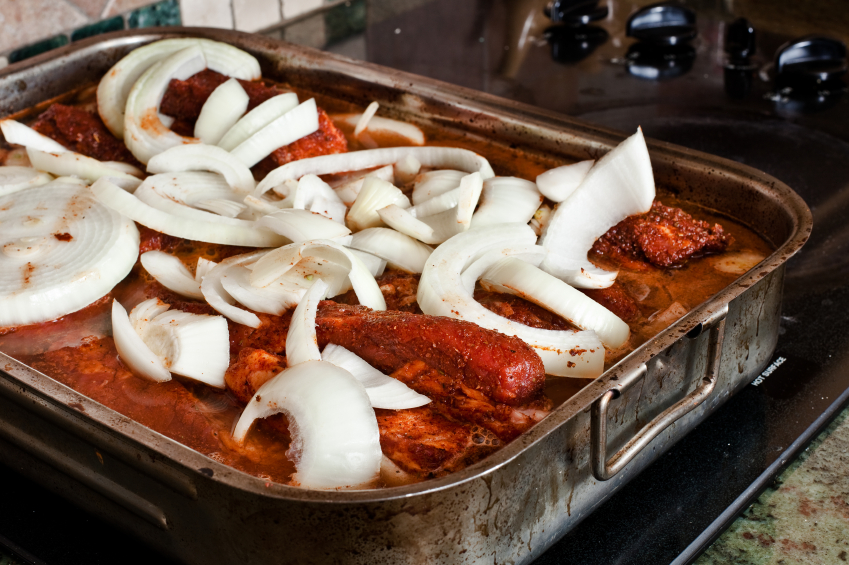 Braised brisket is commonly served during any Jewish celebration | iStock.com

Attend any Jewish celebration, and you’re nearly guaranteed to get a decent helping of braised brisket. The Forward reveals the meat became popular with Jewish cooks because of its kosher status as well as its inherently low cost. The article goes on to explain brisket’s image as a holiday food emerged due to its large size, making it impractical to cook for anything other than a big gathering.

Though recipes for renditions of this traditional dish abound, Lillian Pachter’s version, shared on Saveur, is pretty hard to beat. The ingredients are pretty simple, but they yield an impressive finished dish. This braise is a showstopper, so keep side dishes simple.

Heat oil in an ovenproof pot with a tight-fitting lid, large enough to snugly hold brisket, over medium-high heat. Add brisket to pot and brown on both sides, about 10 minutes per side. Transfer to a platter, and pour off fat. Add tomatoes, stock, and bay leaves to pot, scraping browned bits on bottom of pot with a wooden spoon. Return brisket and accumulated juices to pot, and scatter onions and garlic over meat. Cover, and transfer to the oven. Braise brisket for 1 hour. Uncover, and continue to braise for 1 hour longer.

Push some of onions and garlic into braising liquid, and check meat for tenderness with the tip of a sharp knife. It should slide in evenly when fully cooked. Cover pot, return to oven, and continue to braise, checking tenderness occasionally, until very tender, up to 2 hours longer.

Transfer brisket to a cutting board and cover with foil. Braising liquid should be saucy rather than thin. If needed, transfer to stove and simmer over medium heat to thicken, about 5 minutes. Slice brisket across grain and transfer to a serving platter. Spoon onions, garlic, tomatoes, and juices over top. Discard bay leaves, and serve. 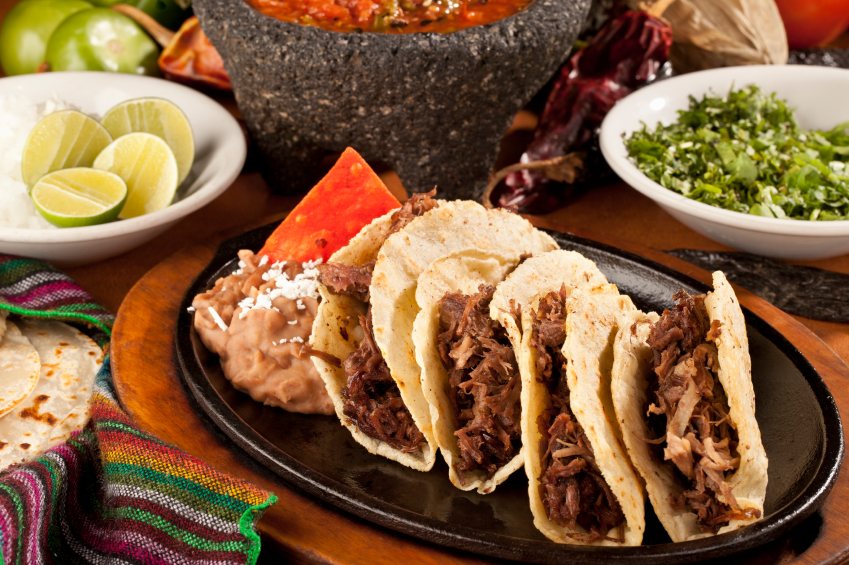 What could be better than tacos filled with brisket? | iStock.com

Braised beef tacos are completely doable on a weeknight with Southern Living’s simple recipe. Just toss the meat in a crockpot with a simple sauce you can whirl together in just a few minutes. All you have to do when you get home is warm some tortillas, and set out toppings. While the salsa is great, you can make the meal even speedier by purchasing a jarred version.

Directions: Place bacon and onion in a 6- to 8-quart slow cooker. Stir together salt and pepper, and sprinkle all over brisket. Add brisket to slow cooker.

Blend next seven ingredients in a blender until smooth, then pour over brisket. Cover and cook on low for 7 hours, or until brisket is tender. Transfer to a 9-by-13-inch baking dish, and cover with foil to keep warm.

Pour sauce through a fine strainer into a saucepan, and cook over medium-high heat, stirring occasionally, 15 to 20 minutes, or until reduced to ⅓ cup. Stir in vinegar.

Coarsely chop brisket. Serve in tortillas with sauce and salsa.