Best Chicken Wings Ever: The Only Wings Recipe You’ll Ever Need 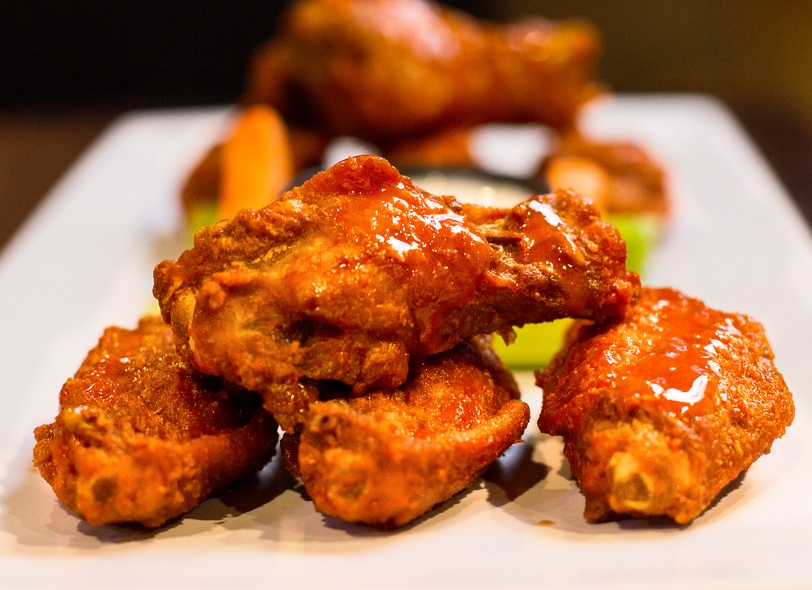 Teressa Bellissimo cooked up her first batch of hot wings for hungry customers at Buffalo’s Anchor Bar in 1964 (or so the story goes), and Americans fell in love. The signature spicy wings recipe gradually spread from upstate New York across the country, and a half-century later, we can’t seem to get enough of chicken wings slathered in peppery, buttery sauce. Collectively, we down an astonishing number of them each year, including more than 1.3 billion on Super Bowl Sunday alone, according to the National Chicken Council.

Wings are so popular now it’s easy to forget that they were once a throwaway part of the bird. Most people reserved them for stock and certainly didn’t think of them as a must-have game day snack. Today, wings are actually one of the most expensive cuts of chicken you can buy, since demand for them is so high. The once-overlooked wing is so desirable that people have even pulled off “wing heists,” stealing tens of thousands of dollars worth of them from a storage facility in Atlanta in 2013.

Thankfully, you don’t need to resort to a life of crime to enjoy your wings, and you don’t need to pay someone else to prepare them either. While you’ll find Buffalo wings and their many variations on restaurant menus around the country, they’re easy enough to make at home. A quick Google search reveals millions of wing recipes — some breaded, some baked, some fried, and various ways of being coated in sauce. Many of these spins on wings may be tasty, but if you’re looking for the real deal, you can’t go wrong with this classic Buffalo wings recipe.

These wings aren’t pretending to be healthy. They’re not deep-fried or baked, which is key to producing a good wing, according to Serious Eats. In fact, to get a perfect crispy-on-the-outside, moist-on-the-inside wing, you want to fry them not once, but twice. The first fry, at a low heat, breaks down collagen in the wing, making the meat super tender. After par-frying, you let your wings rest or freeze them, then fry them in very hot oil just before you’re ready to serve. Cooking the wings a second time at 400 degrees Fahrenheit causes the skin to crackle and bubble, so it’s crispy and there are plenty of nooks and crannies for the delicious Buffalo sauce. 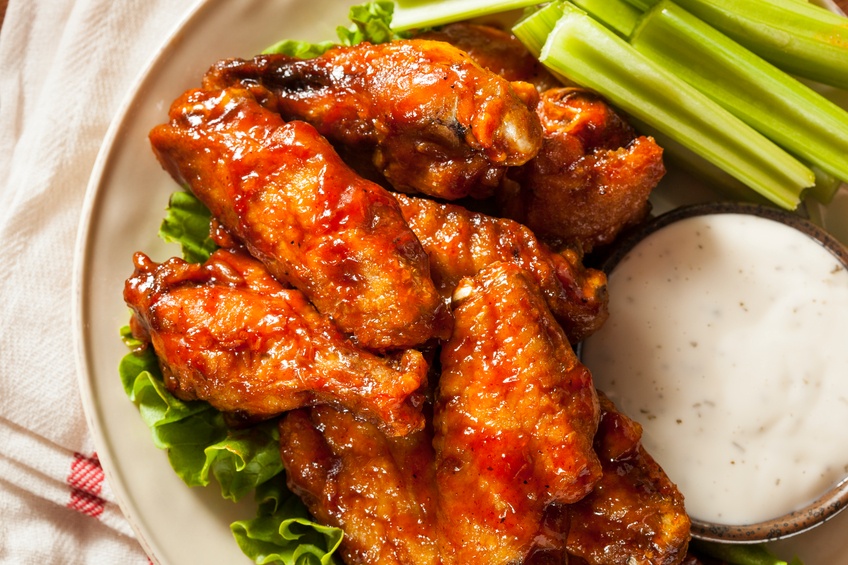 This recipe for Buffalo chicken wings from Serious Eats takes a little extra time to prepare because of the double-frying technique, but the moist on the inside, crispy on the outside wings that result make putting in the extra time worth it. If you prefer to bake your wings, see the original recipe for those instructions.

For the Buffalo sauce

Directions: Place oil and chicken wings in a large wok or Dutch oven. Heat over medium-high heat, stirring occasionally, until it registers 225 to 250 degrees Fahrenheit on an instant-read or deep-fry thermometer (chicken should be gently bubbling).

Continue to cook, stirring and flipping chicken occasionally while adjusting heat to maintain a temperature of 225 to 250 degrees Fahrenheit until chicken is cooked through and skin is tender but not crisp or browned, about 20 minutes total.

Transfer chicken with a wire mesh spider to a rimmed baking sheet lined with paper towels. Allow chicken to rest at room temperature for at least 1 hour, or cover and rest in the fridge for up to three nights. Or, freeze the wings to cook later. (If cooking wings from frozen, let thaw at room temperate for at least 20 minutes, long enough so that the skin is soft.)

When ready to serve, combine butter and Frank’s RedHot Sauce in a small saucepan over medium-low heat and cook, stirring occasionally, until butter is completely melted. Transfer to a large bowl and set aside.

Transfer to bowl with sauce, toss to coat, and serve with blue cheese and celery. Repeat with remaining batches, serving one batch at a time. 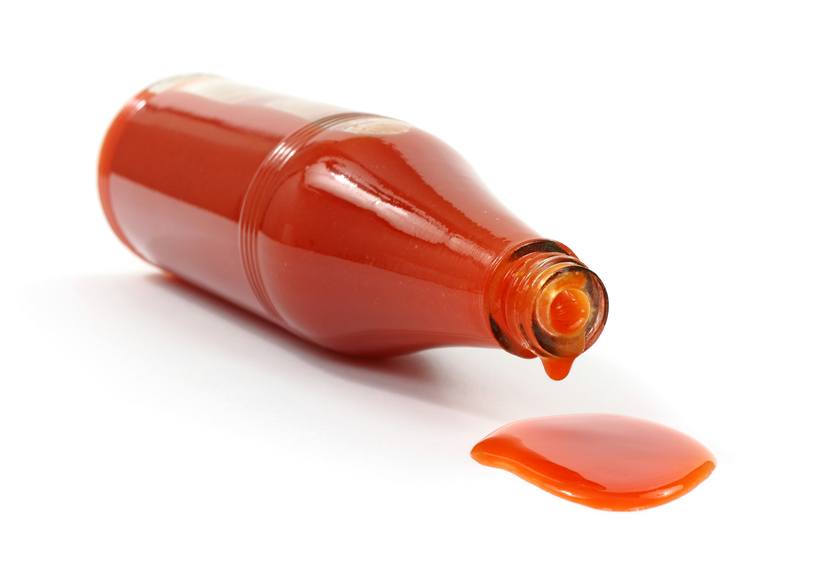 Double-frying your wings might seem like a lot of extra work, especially on game day, but it doesn’t have to be if you plan ahead. Simply cook a large batch of wings ahead of time (enough for the rest of football season, if you like) and store them in your freezer, then fry up however many you need when you’re ready to chow down.

If you’re freezing your wings, place the cooked chicken on a rimmed baking sheet or plate, taking care to separate each piece. Freeze until solid, then transfer to a zip-top freezer bag. Wings will keep in the freezer for two months.

Like most Buffalo sauce recipes, this one calls for Frank’s RedHot Sauce. That’s the hot sauce used in the original Buffalo chicken wings recipe. You’ll want to use it too so your wings have an authentic flavor.

Cooling blue cheese dip is a must when snacking on spicy chicken wings. You can always pick up a bottle at the store, but making your own doesn’t take much time at all. You can whip up this blue cheese dip from the Food Network in about 10 minutes.