Romance on a Budget: Here Are the Top 10 Cities for Valentine’s Day

When Valentine’s Day is just around the corner, and people are often left scrambling to get their plans together. Wallet Hub analyzed 100 of the largest cities in America to see which ones were the best to celebrate Valentine’s Day. Their findings are based on 23 different factors, like how many florists there are in a given area or how much it costs for a three-course meal. Here are the top ten cities to celebrate love in the United States for 2018.

As it turns out, the City of Angels is missing some cherubs for Valentine’s Day. Los Angeles may be at the bottom of the top 10, but they are in the top of the “gift accessibility rank,” sitting at N0. 2. That’s not surprising considering it is one of the largest cities in America.

Next: It’s the perfect place to get lei’d on Valentine’s Day.

The weather in Hawaii isn’t looking too promising, because they ranked No. 65 in the “weather forecast” category. That shouldn’t matter though, because the access to gifts and the activities categories ranked pretty high. Even if it does end up raining, it’s going to be in the mid 70s, and that’s just fine by us.

Next: A place where rain could really be a factor.

Remember when we said weather would be a factor? Well, Seattle has some of the worst predicted weather, ranking No. 97. But most Seattlites call that another normal day and leave the umbrella at home when they go out. Seattle scored high in the budget, access to gifts, and activities categories to compensate for the weather. You may get wet, but you won’t break the bank doing it.

Next: This is the city that still hasn’t given up on the nineties.

This quaint little city in the Pacific Northwest is perfect for celebrating Valentine’s Day. They have an incredible array of restaurants, wineries, breweries, and things to do. If you are single, don’t worry; this town has you covered with the highest number of strip clubs per capita in the U.S.

Next: The city that never sleeps.

The Big Apple is a great place if you have a big heart on Valentine’s Day. When it comes to activities and gifts, nobody beats New York. They ranked No. 1 in both categories out of the 100 cities. Don’t get too excited just yet, because those gifts and activities will break your budget. New York ranked in the bottom 20 for that category.

Here’s another city that has all the amenities you could possibly want, but it’s still pretty expensive. Chicago doesn’t rank as low as New York, but sitting at No. 62 makes it so you will have to break the bank a bit. This city is as romantic as it comes, so get creative and show your loved one a special night they won’t forget.

Next: For a place with a castle, this would be a pretty fun place to be for Valentine’s Day.

From the Magic Kingdom to Seaworld, Orlando has about 13 different theme parks you could spend your Valentine’s Day in. If that’s not your thing, there are also a bevy of world-class restaurants to go to. No matter what, you are going to get a great bang for your buck in Orlando for Valentine’s Day.

Next: It is the adults’ playground after all … 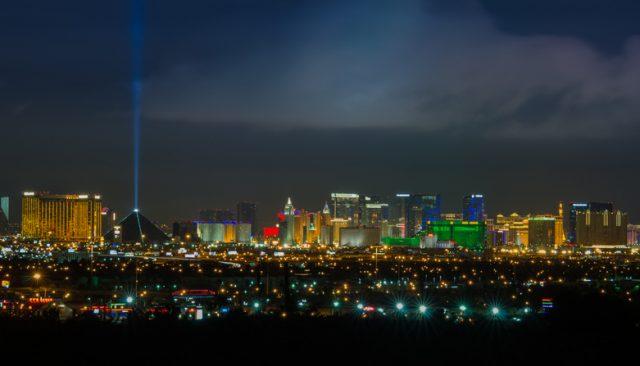 Sin City doesn’t seem like the best place to bring your significant other, but it actually can be. There’s a flavor for everyone’s tastes here, including more gourmet restaurants than you could imagine. After that, you can hit the blackjack tables or the clubs. The world is your oyster, and Las Vegas provides.

Next: This next place has the best weather ranking for Valentine’s Day … Shocker.

Out of the top 10 cities to celebrate Valentine’s Day, San Diego definitely hits the top of the list for the best weather. With an average of 10 inches of rain per year, that’s not surprising at all. What is surprising for the city is how affordable a night out can be. San Diego ranked in the top 15 for every category.

Next: The city that we should all be spending Valentine’s day is …

It’s kind of a surprise for us considering that San Francisco is also one of the most expensive places to live in the country. But, Wallet Hub has given them the No. 1 spot based on multiple dimensions of reliable analysis, and strong rankings in virtually every major category. You might want to take an umbrella with you because they did rank a little low in the weather category.

If you want to see some cool facts about Valentine’s Day, check out this infographic that Wallet Hub has put together.