6 of the Best Golf Vacations on the Planet

Most people compile a list of must-visit stops when planning a vacation. The choices usually include restaurants, markets, historic sites, and maybe some art museums. This desire to squeeze every possible activity into a trip can make for a getaway that’s more exhausting than restorative. When you really want to relax, it’s only logical to spend your time doing the things you enjoy the most. For a lot of guys, that means opting for one of the best golf vacations in the world.

Playing a round might even be better when you’re traveling. You won’t face the usual time crunch from other commitments, and sipping several alcohol-based beverages is encouraged. You can go with friends or family if you’d like, but a solo golf vacation will also work since you’ll be matched with some other players when you get to the course. Since there are so many options, we’ve helped you out by narrowing down the list to our picks for the best golf vacations. No matter which one you choose, you’re sure to have a fantastic time. 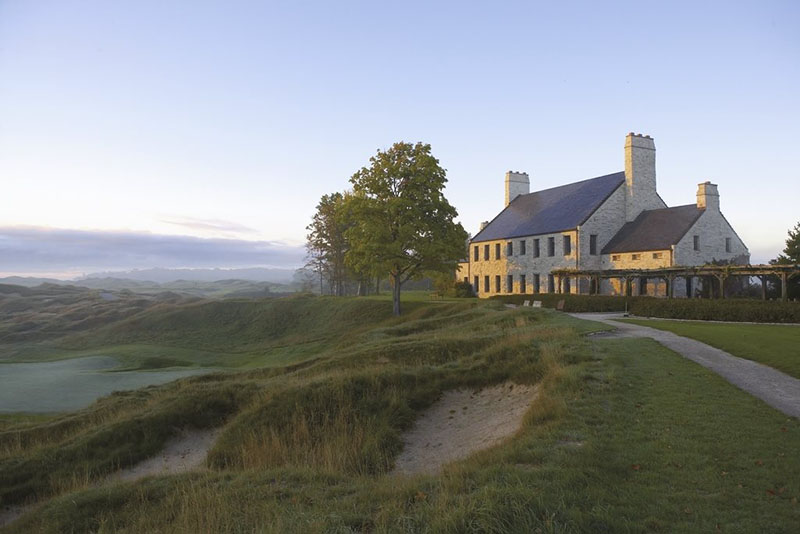 Unless you regularly watch professional golf, it’s unlikely you’ve ever heard of this tiny village in Wisconsin. According to recent estimates, the population is just over 2,100  people. That hardly sounds like a thrilling place to go for a week off, but guys who regularly watch the pros have known about this incredible destination for decades. The resort features four courses divided between two venues, but the most famous is the Straits at Whistling Straits, which hosted the 2015 PGA Championships. Keep in mind this isn’t the place for beginners as the course features an average of about 56 bunkers per hole.

And it’s not all about tee times, because there are also some phenomenal restaurants and great places to shop. For even more relaxation, check out the spa.

A European getaway usually involves a lot of history and architecture, with little thought given to sports. For golf lovers, that just won’t do. Fortunately, this beautiful coastal destination is an exception. CNN Travel picked this spot as one of the best golf resorts in the world thanks to an array of courses, great food, and yes, plenty of historic sites. Sotogrande features five-and-a-half courses, so you’ll never get bored with your choices. The reason for that odd number is The Almenara Golf Club, which boasts 27 holes, perfect for guys who could golf all day.

Don’t forget to take advantage of the water while you’re there. The massive marina features seaside shops, restaurants, and bars. There are also plenty of beaches and parks nearby. You can even visit the equestrian center to try your hand at horseback riding. 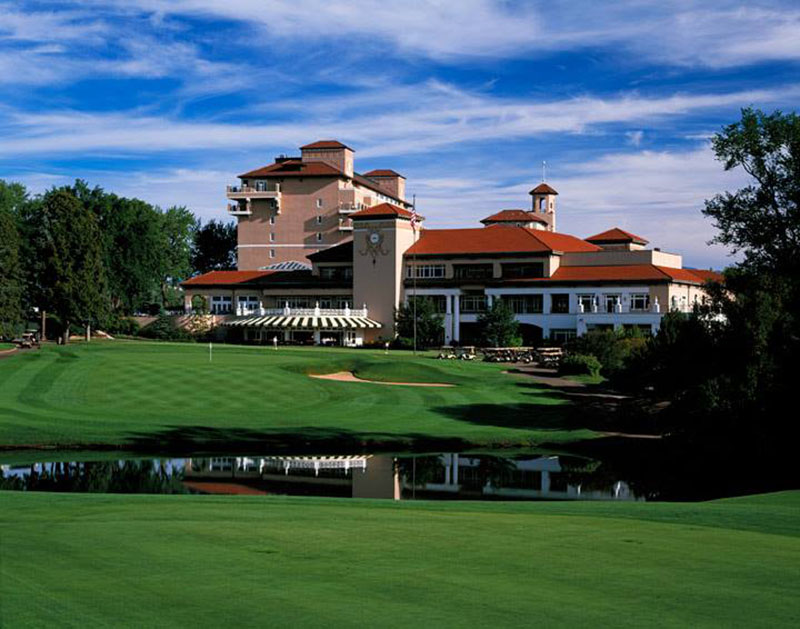 Guys in the middle of the country often feel left out of the golf scene since so many of the best courses lie along a massive body of water. You don’t have to book a flight to one of the coasts to enjoy a vacation filled with your favorite sport, though. An impressive revamp of The Broadmoor following its purchase in 2011 quickly launched the destination to Golf Magazine’s top ranked golf resort in North America for 2014. The article went on to say the East Course is probably the strongest of the three options, so plan to play it a few times.

If staying at a traditional resort isn’t really your style, this destination has some spectacular options designed to immerse you in the wilderness. With so many nearby activities, it’s also a great choice for guys traveling with the whole family. Be sure to check out the package deals to see if you can save a little bit of money while you’re at it. If you don’t find one that fits your schedule, it’s always a good idea to call in advance to see if there are any other offerings not advertised. 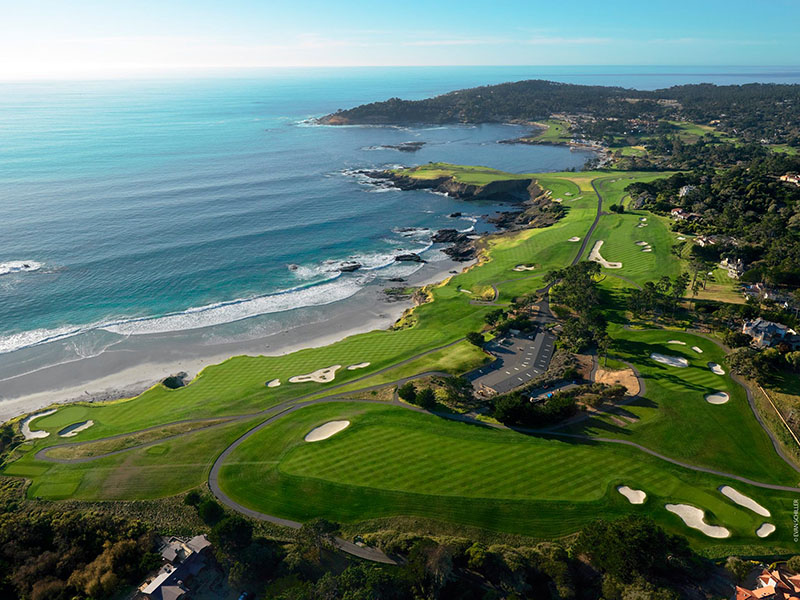 The luxurious accommodations and world-renowned courses make Pebble Beach Resorts one of Coastal Living’s favorite golf getaways. The resort includes four 18-hole courses, but don’t overlook the 9-hole par-3 Peter Hay Golf Course. It’s a great way to practice your chipping, pitching, and putting, which could give you the edge over your buddies. Though the Spyglass Hill Golf Course isn’t the most popular, it’s completely underrated.

As for the inns, they’re called luxury accommodations for a reason. The most affordable rooms can be found at The Inn at Spanish Bay, and they aren’t exactly cheap. Consider this a splurge vacation. 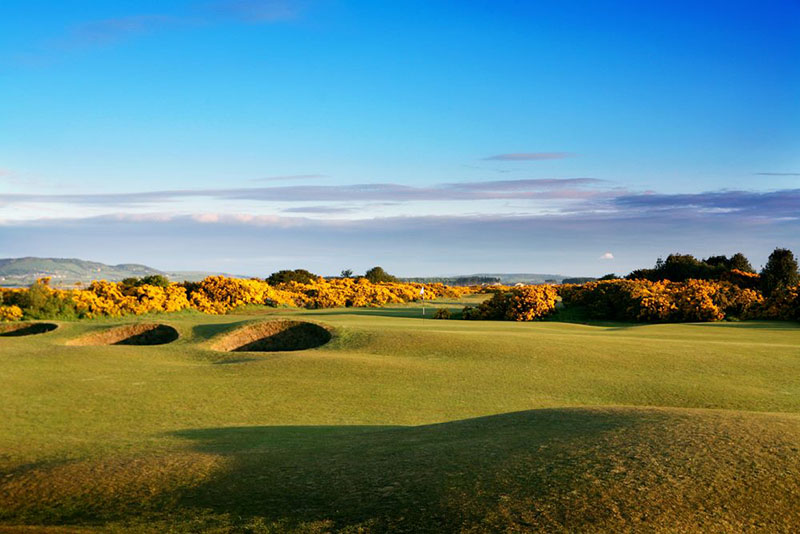 Every golf lover should go on a pilgrimage to Scotland at least once in his life. St. Andrew’s Links features seven different courses, which is enough variety to keep you entertained for weeks. You’ll also get into pretty killer shape, because golf carts are few and far between here. In fact, it’s nearly impossible to access one without a specific doctor’s note. Though the weather certainly won’t be much like the coastal courses in the U.S., Fodor’s said it’s all part of the experience.

With plenty of historic sites, festivals, and outdoor activities, there’s tons to do even when you’re not hitting one of the courses. Dining options range from gourmet to casual, so there’s something for every taste. But since you’re basically in the land of pubs, you’d be wise to grab a few pints. 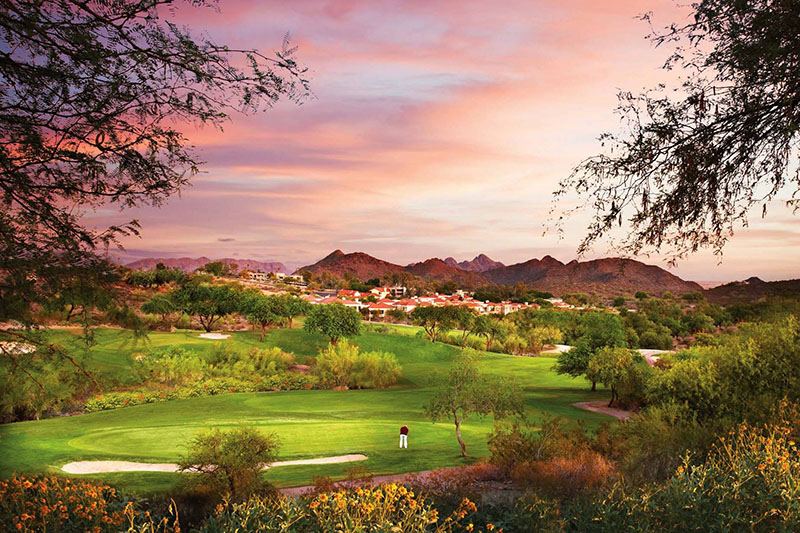 The last destination in our roundup might have you scratching your head. Why no specific resort? It’s just too hard to pick one. U.S. News Travel reported the area boasts more than 200 courses, ranging from affordable to pretty pricey. When you’re not playing a round, go for a hike on one of the gorgeous trails. And good news for pizza lovers, the legendary Pizzeria Bianco is still widely regarded as one of the best places to grab a pie.