The Best Houseplants That Are (Almost) Impossible to Kill

Even if you love houseplants, you probably don’t have lots of extra hours in your schedule to devote to watering, pruning, and generally keeping your plants alive. We’ve all had a few innocent plants succumb to neglect over the years. Fortunately, we’ve found some great houseplants that are difficult to kill, whether yours typically die after you over or under-water them or give them too much sunshine or too little. A few of them are even non-toxic to dogs and cats, so you don’t need to worry about toxic greenery poisoning your pets.

Ready to finally find a houseplant that you’ll be able to keep alive? Read on to check out our low-maintenance favorites. 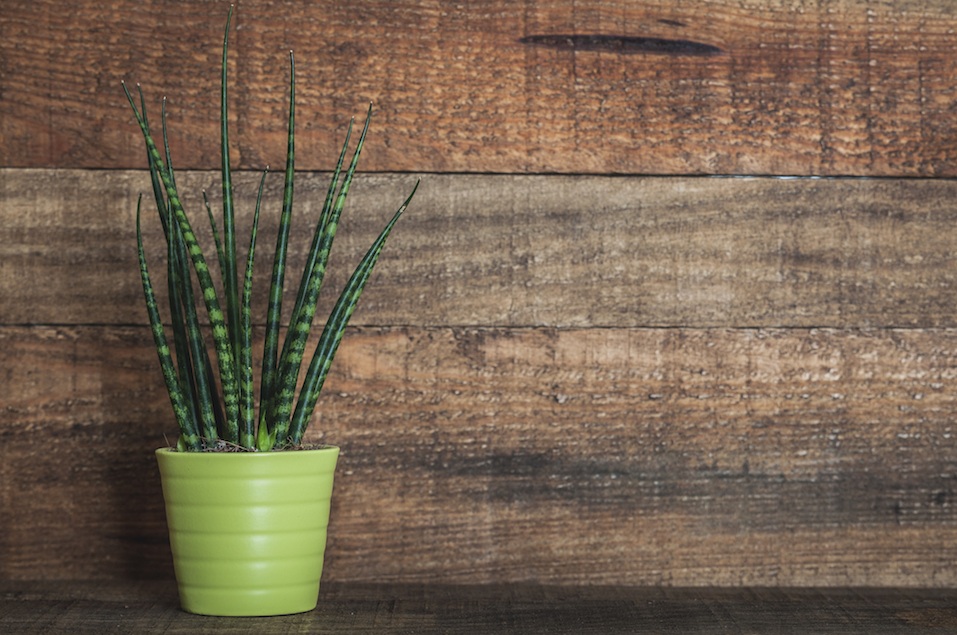 You’d have to work pretty hard to kill the African spear plant. | iStock.com/Irantzu_Arbaizagoitia

Gardenista recommends the African spear plant — from the same genus as the more-popular snake plant — as a houseplant that looks sculptural, but is actually quite easy to grow. These plants can handle low light conditions. And they can survive on very little water. Plus, The Spruce reports that the African spear plant can not only handle long periods of drought, but seems to thrive when you ignore it. Just think twice about planting if you have pets, since sansevierias are unsafe for dogs and cats. 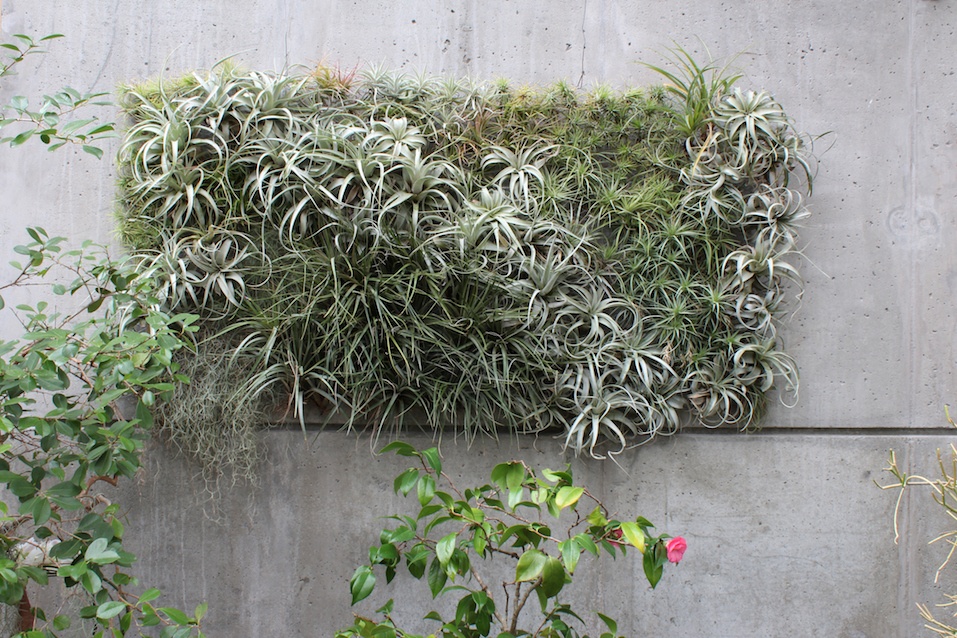 Head to a garden center and you’ll undoubtedly find numerous houseplants colloquially called air plants. As you might suspect based on the name, these plants don’t require soil, and they generally need little maintenance. (Perfect for novice gardeners!) Tillandsia xerographica is a particularly popular but easy-to-maintain variety. They’ll happily exist on a shelf or in a bowl. Houzz reports that you’ll just need to give them a weekly soak to keep them from drying out. Plus, Pistil’s Nursery recommends tillandsias as the perfect pet-safe houseplants for cat and dog owners. 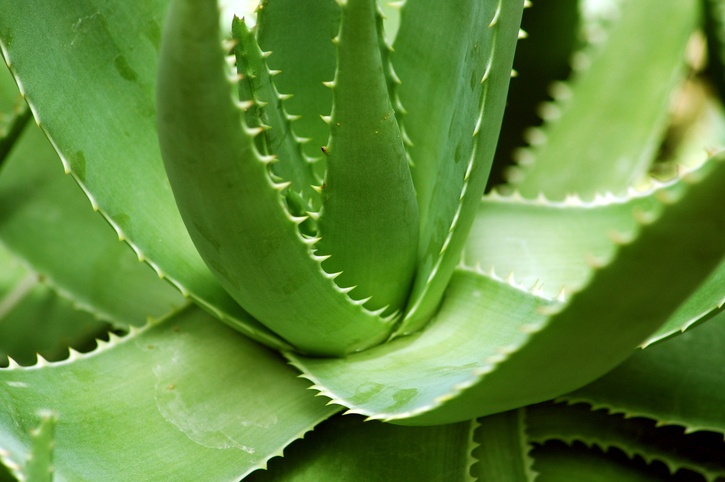 An aloe vera plant is one of the easiest houseplants, even for rookie gardeners. | iStock.com/Rgbspace

The Spruce recommends aloe vera as a useful and attractive plant. (You can use the liquid inside the leaves to moisturize your skin and treat minor cuts and sunburns.) Aloe is also an incredibly easy plant to keep alive. Because it’s a succulent, it needs little water. This plant prefers bright but indirect sunlight, especially in areas with cooler temperatures. They’ll stay happy in the same container for years. Just keep in mind that aloe is toxic to both dogs and cats, so pet owners should either forego it or put it someplace safely out of reach. 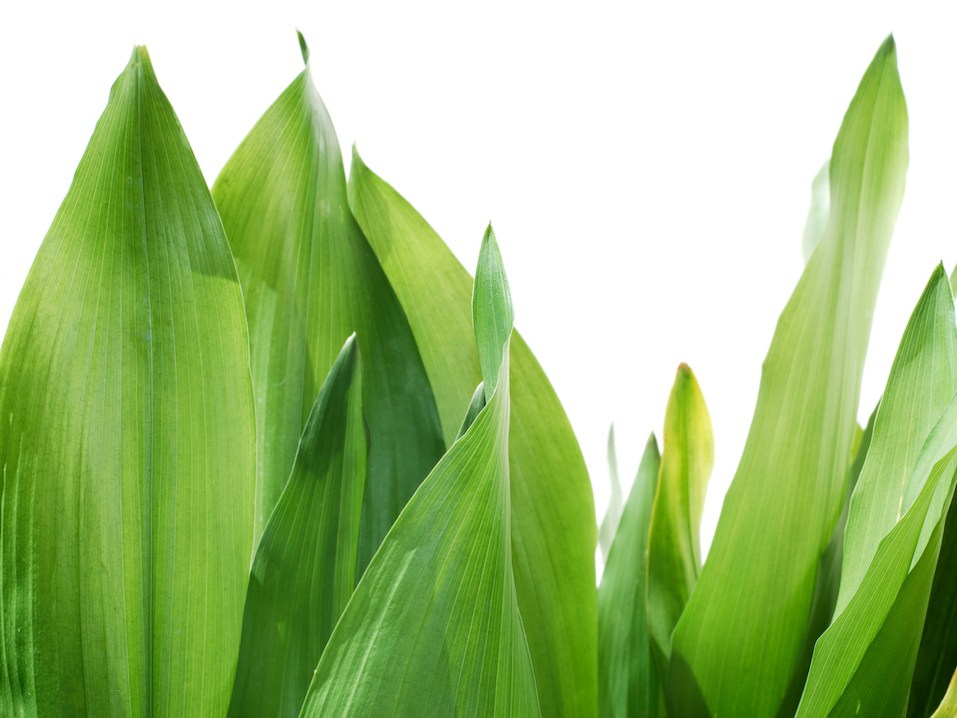 You won’t find it easy to kill a cast iron plant. | iStock.com/ELyrae

As you might guess from its name, the cast iron plant has a reputation for what Gardenista characterizes as “enduring hardiness.” The Spruce reports that this houseplant can survive even under “the worst of conditions.” It actually prefers low light, unlike other houseplants that will simply tolerate a dim room. Occasionally, the cast iron plant will actually flower indoors. Zillow reports that this cold-tolerant plant will even survive long periods of time without water if you forget about it. And according to the ASPCA, the plant isn’t toxic to cats or dogs. 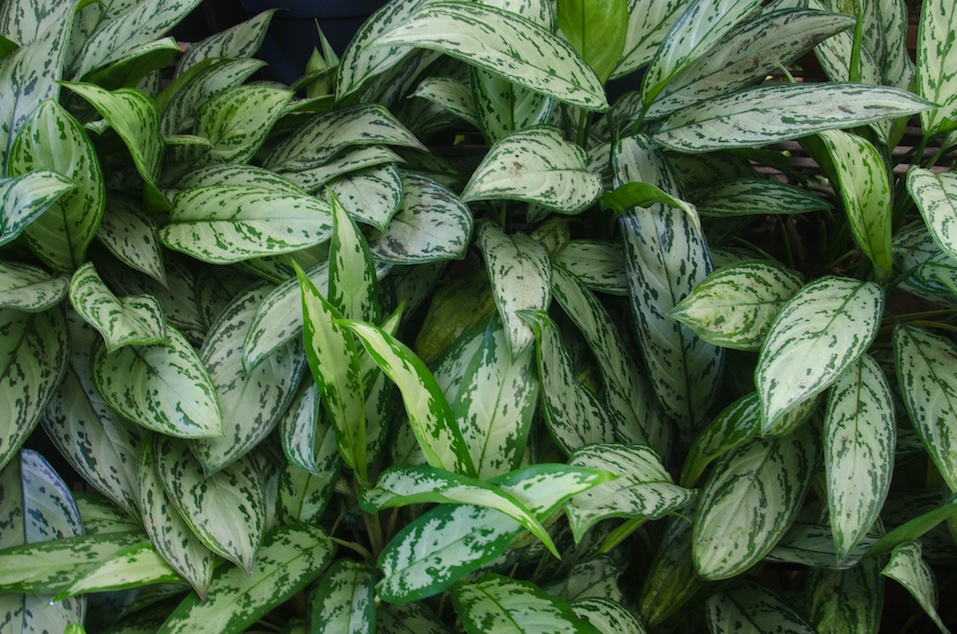 The Chinese evergreen is easy to keep alive. | iStock.com/Lizfernandezg

Gardenista counts the Chinese evergreen as one of the most low-maintenance houseplants you can grow. This plant, also known as the “Silver Queen,” can cope easily with low-light or medium-light environments. The Spruce reports that this houseplant can adapt to just about any conditions, though it doesn’t particularly like drafts or prolonged cold temperatures. However, you can let the soil dry out for a few days between watering. According to the ASPCA, it’s toxic to cats and dogs, so pet owners will need to keep it out of reach of curious animals. 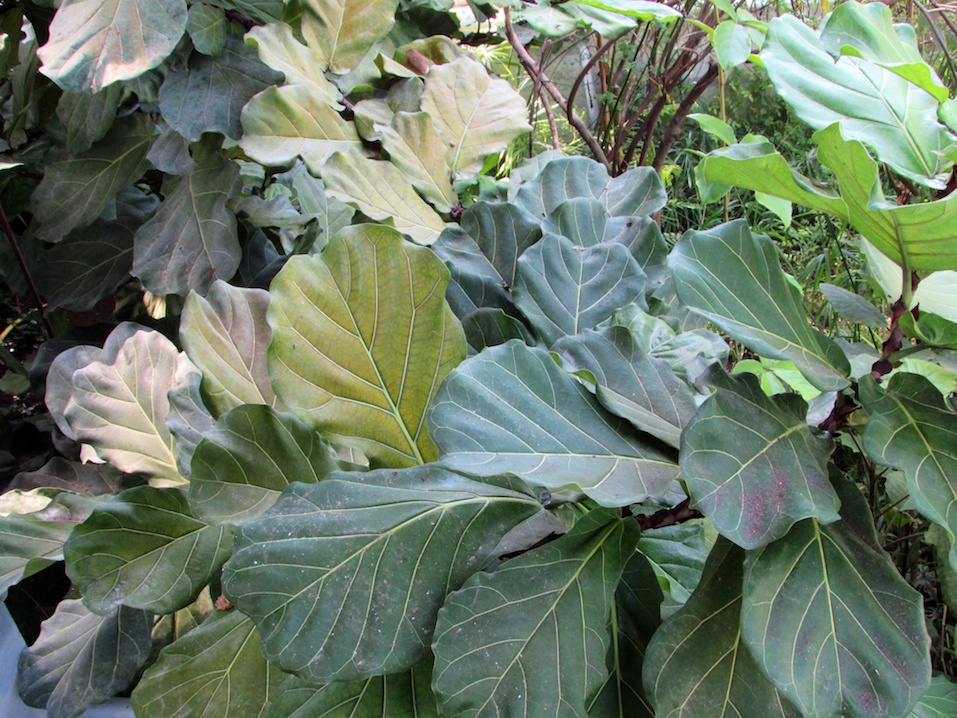 A fiddle leaf fig is simple to grow. | iStock.com/MiaZeus

Gardenista promises that the fiddle leaf fig — a darling of home interior bloggers and Instagram influencers everywhere — is difficult to kill. Like other varieties of ficus, the fiddle leaf fig offers a dramatic silhouette, but is pretty simple to grow once you understand what it wants. Apartment Therapy recommends watering when only the top inch of soil is dry, placing your tree in bright but indirect light, and fertilizing it once a month during the growing season. These trees can grow quite tall in the right conditions, and usually respond well to pruning. However, PetFinder notes that this ficus is toxic to pets, so keep an eye on animals who like to nibble. 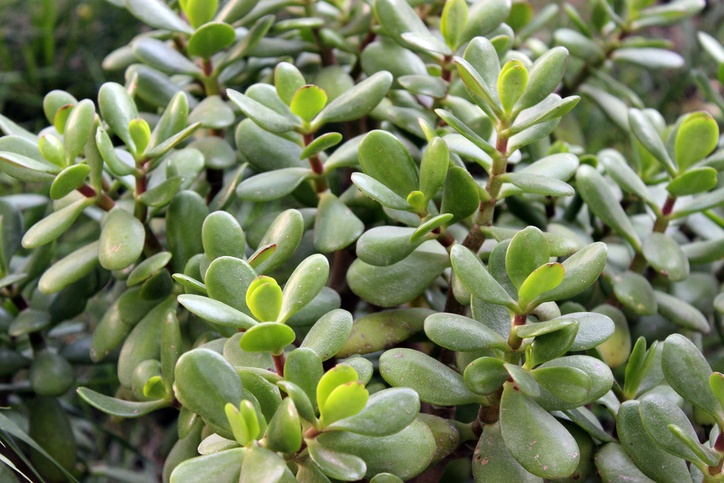 You don’t have to work hard to keep a jade plant happy. | iStock.com/Nuarevik

The Spruce recommends the jade plant as a houseplant that’s pretty difficult to kill — though it’s more particular about conditions than some other low-maintenance plants. You’ll need to experiment to get your watering regimen right in order to keep its thick, glossy leaves from drooping and to prevent the plant’s roots from rotting. A jade plant also needs a lot of sunlight. But if you find the right spot for it, Houzz reports that jade plants can grow up to four feet tall in the right conditions. Just note that pet owners need to keep cats and dogs away from these succulents. 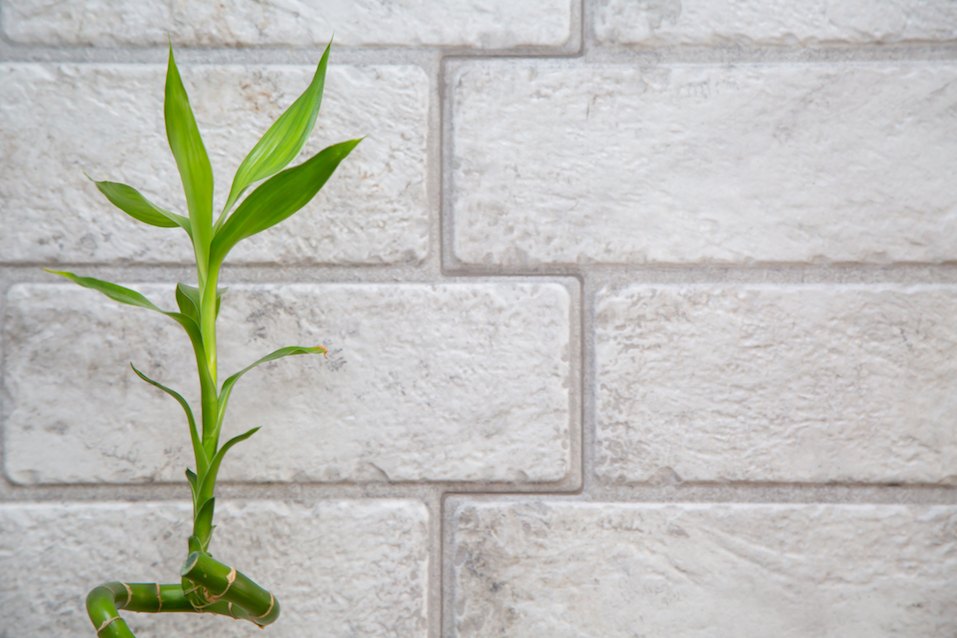 A lucky bamboo will prove easy to maintain. | iStock.com/Kisa_Markiza

Houseplant lovers who have more of a black thumb than a green one have long turned to lucky bamboo to perk up their homes. Bamboo grows well even in rooms with low light. And while lucky bamboo actually isn’t true bamboo at all, it’s a great addition to your houseplant lineup. It’s often grown in water, but once it’s developed a substantial root system, it will thrive when planted in soil. Lucky bamboo grows best in bright light but will also tolerate low-light conditions. It’s mildly toxic to cats and dogs though, so you’ll need to put it somewhere out of reach. 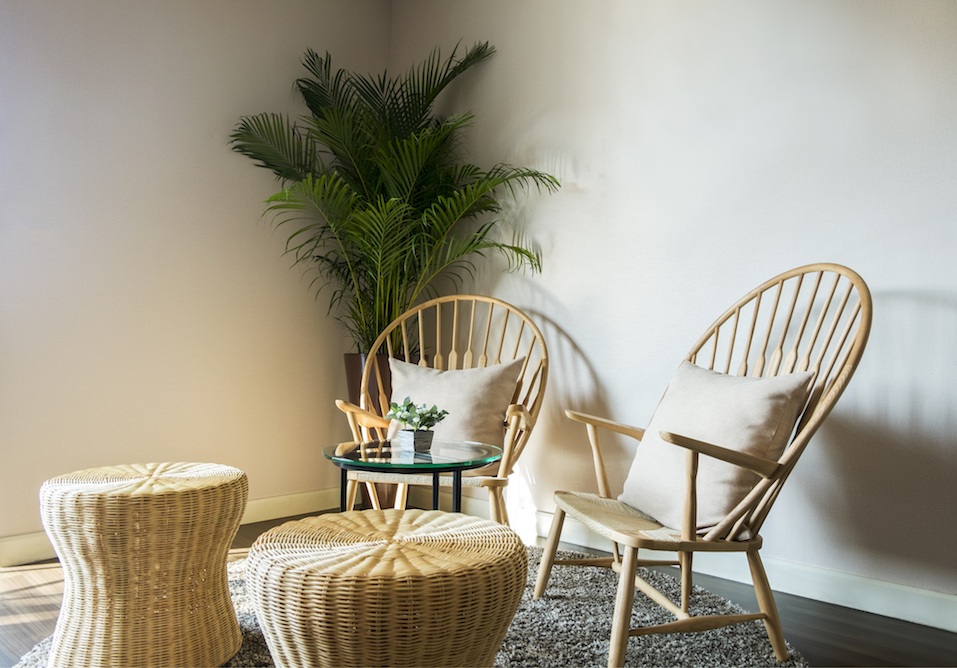 You’d have a hard time killing a parlor palm. | iStock.com/Kwanchai_Khammuean

If you want a tropical vibe even in a room without bright sunlight, you can’t go wrong with the parlor palm. Zillow reports that you’ll only find parlor palm seedlings at most garden centers. However, if you give a small plant enough time — and some bright, indirect light — it’ll grow into a gorgeous, resilient tree, even in a less-than-ideal environment. You’ll just need to water deeply, since this plant is sensitive to hard water buildup. It’s a great choice for pet owners, since it’s non-toxic to both dogs and cats. 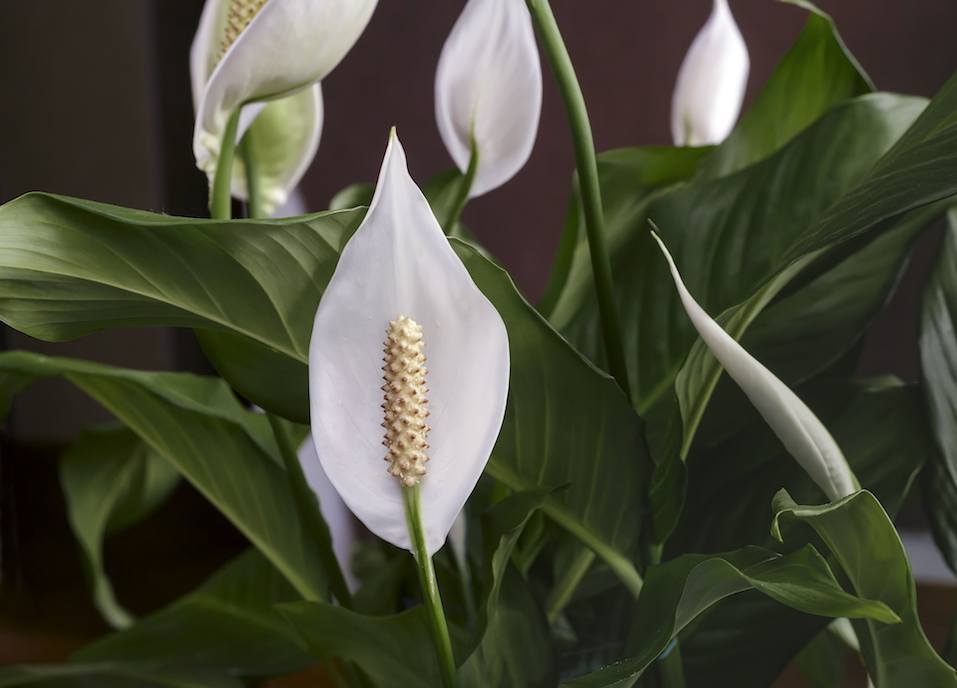 Many people love peace lilies for their dramatic blossoms. In fact, the peace lily numbers among the few houseplants that both tolerate low-light conditions and produce flowers indoors. The Spruce reports that even though the peace lily actually prefers warm, humid conditions, it can thrive in your home as long as it’s not near a draft or in a room that remains unheated for long periods of time. Real Simple reports that the peace lily can even tolerate overzealous air conditioning, which makes it a great choice for frigid offices, too. Just be aware that it’s toxic to dogs and cats. 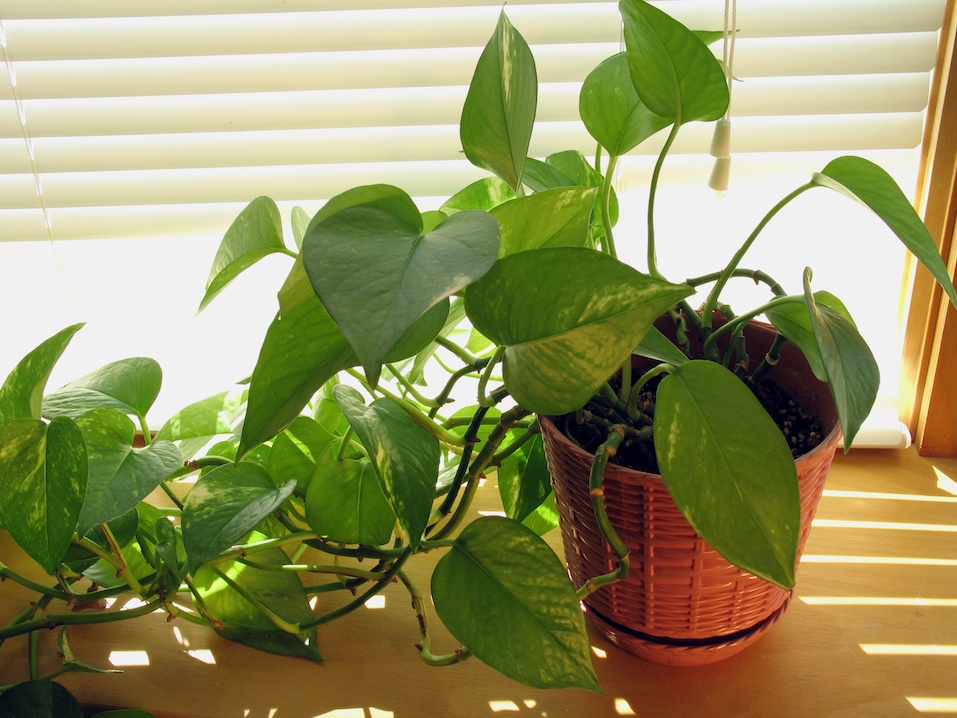 A pothos vine seems to do better the more you ignore it. | iStock.com/AndyKazie

Anyone looking for an easy, low-maintenance houseplant will want to consider pothos. This vine seems to thrive on neglect and will just keep growing (up to 10 feet indoors). The Spruce notes that you can prune the plants to keep them fuller at the base and place root cuttings in water to yield more plants. Pothos will tolerate a wide variety of lighting conditions, and has even been known to thrive under artificial office lights. Just keep it out of reach of pets; the ASPCA warns that it’s toxic to cats and dogs. 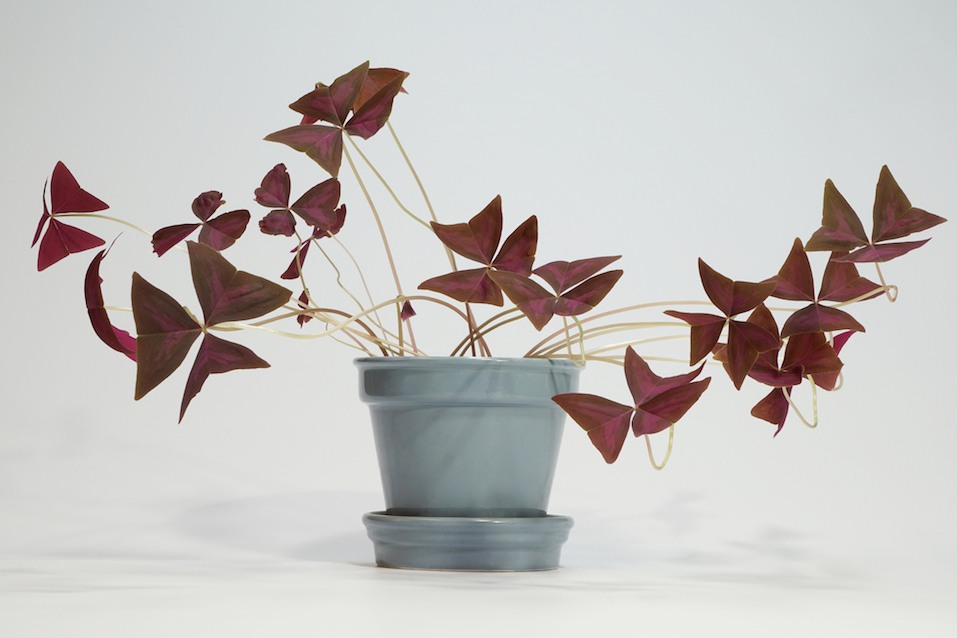 The purple shamrock makes a statement — and requires little upkeep from you. | iStock.com/MartinMachnowski

If you want a houseplant with unusual looks — but without a long list of needs — Gardenista recommends the purple shamrock. Its dark purple shade and triangular leaves make a statement that even the most ardent houseplant haters could love. And according to The Spruce, these plants need relatively little care. They need water to get established, but after that they won’t wither if you forget to water for a week or two. It needs indirect light, and may “fry” in direct sun. (You’ve been warned.) Though it’s toxic to cats and dogs, its bitter taste usually keeps them from eating a large amount. 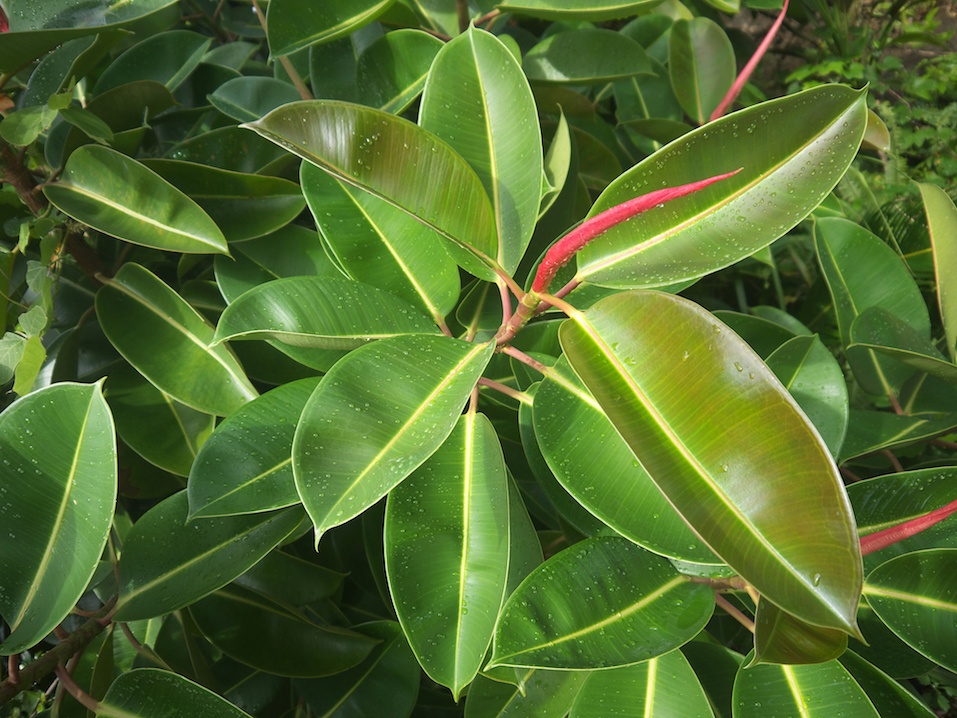 The rubber tree is tough to kill. | iStock.com/ES3N

Gardenista recommends the red rubber tree as an easy, low-maintenance houseplant. Good Housekeeping reports that the plant can exceed 100 feet tall in its native habitats in Asia. (But the tree responds well to pruning, in case you’re worried about a tree outgrowing your apartment.) According to Apartment Therapy, you can put the plants outside during the summer if you want them to grow tall. But, if you want to keep yours small, keeping it in a small pot will restrict the plant’s growth. They like bright light, well-draining soil, and occasional fertilizer during the growing season. However, like many other ficus, the rubber tree is toxic to pets. 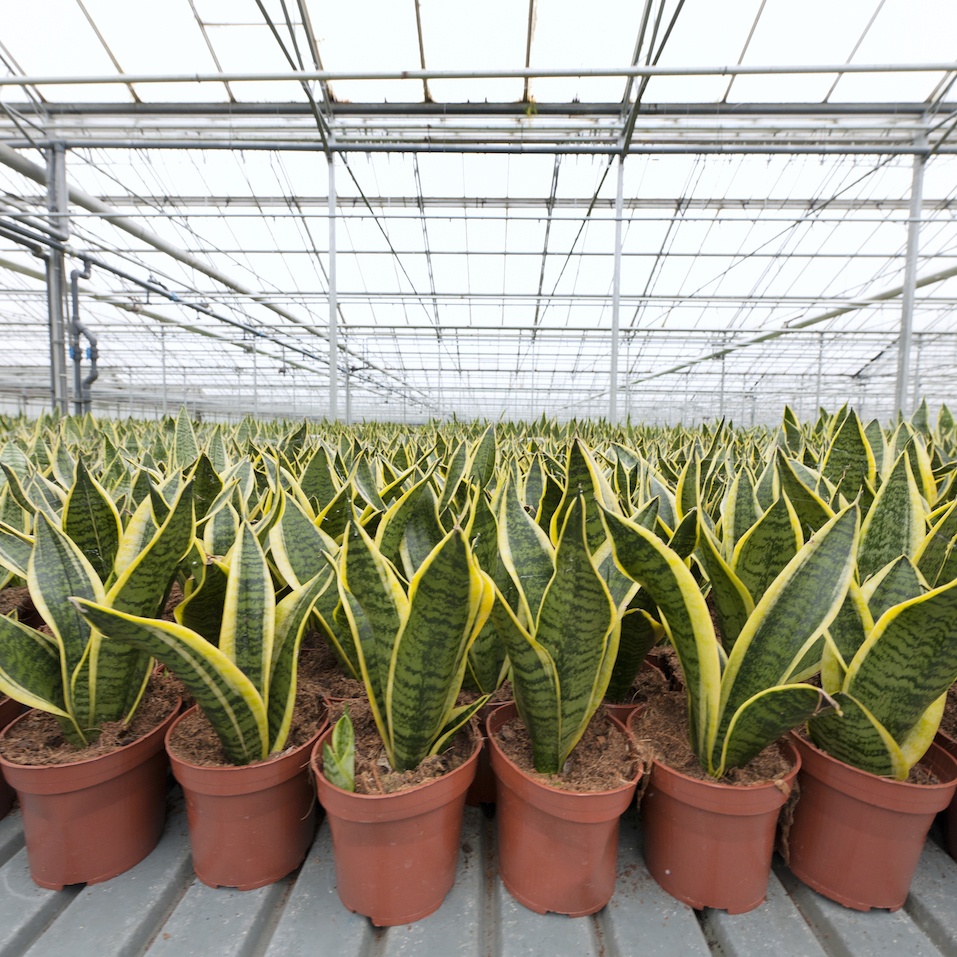 A snake plant is incredibly easy to keep alive. | iStock.com/Pidjoe

The snake plant is an all-time favorite thanks to its dramatic foliage — and its ability to thrive even in dark rooms. It comes from the same genus as the African spear plant and is similarly tolerant of dim corners. (And it won’t wither and die if you’re negligent with the watering can.) Nicknamed “mother-in-law’s tongue” because of its sharp, pointed leaves, it’s a low-maintenance plant that you only need to water sparingly. Just keep it away from your cat or dog. Like other sansevierias, it isn’t safe for pets to consume. 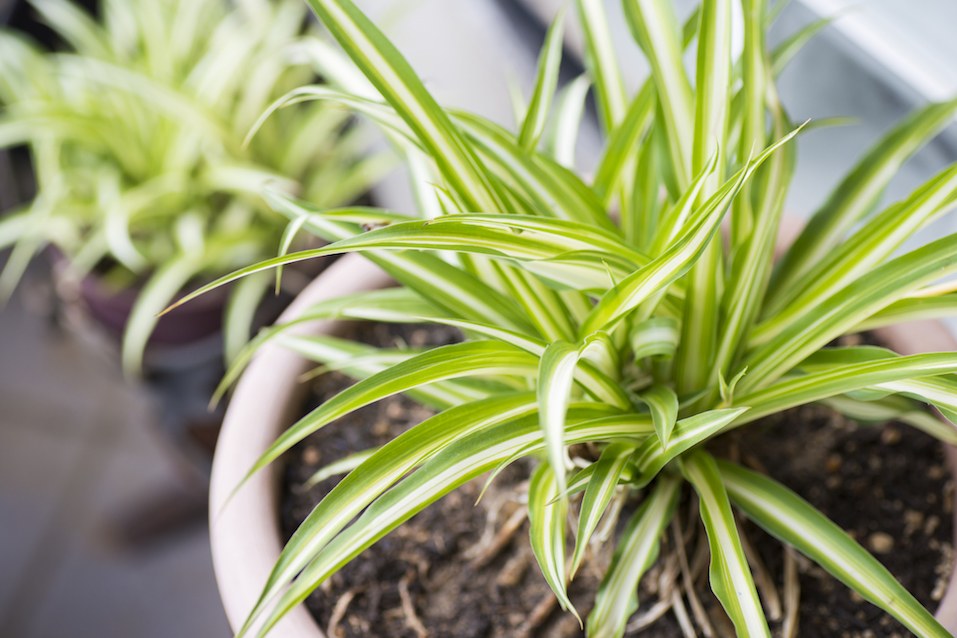 The spider plant will thrive even if you neglect it. | iStock.com/Tasun

The spider plant grows and even self-propagates in low-light environments. (The Spruce points out that you almost never see a spider plant that doesn’t have “babies” attached.) When the small plants start to form roots, you can cut them off and plant them on their own. The plant also doesn’t mind when its roots get crowded, though you will probably need to re-pot the plant after a couple of years. Pistil’s Nursery recommends the spider plant as a pet-safe houseplant. 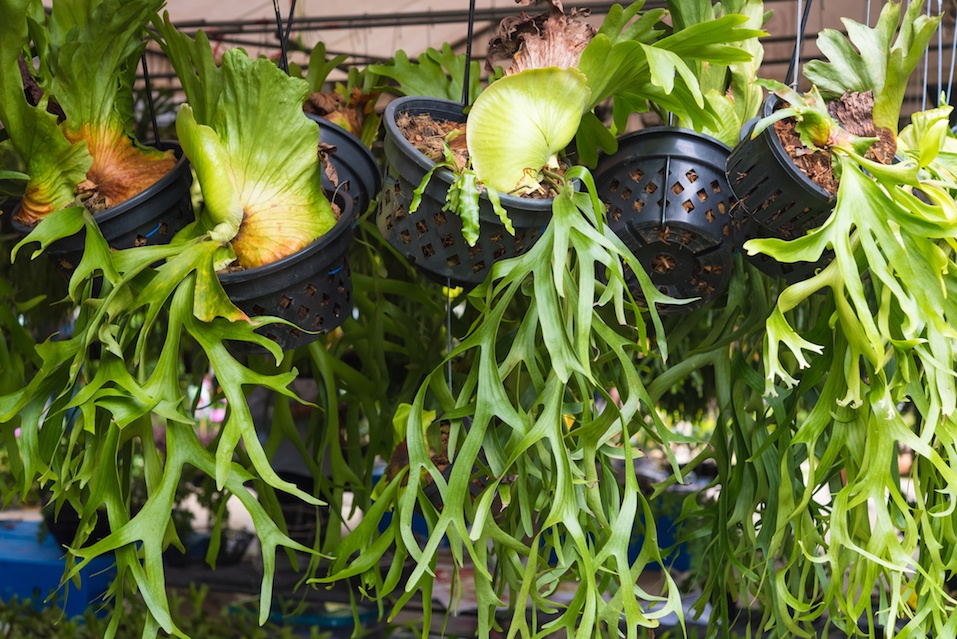 Want a low-maintenance houseplant that you can mount on the wall? You can’t go wrong with a staghorn fern. Though they look sculptural and even high-maintenance, SF Gate points out that these plants are readily available at garden centers and are actually quite easy to grow. Plus, the ASPCA reports that the staghorn fern is non-toxic to dogs and cats, which means that even if Fido or Fluffy manages to get a hold of your fern, you won’t have any toxic effects to worry about. 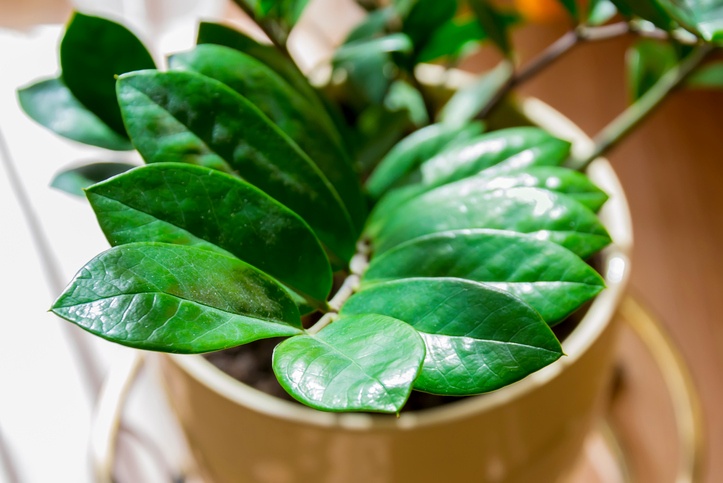 The ZZ plant tolerates a lot of neglect. | iStock.com/Dugwy

The ZZ plant is a sculptural plant that can not only tolerate low light but also won’t shrivel up and die if you forget to water it frequently. Zillow says that the plant looks “like a cross between a succulent, a fern and a philodendron.” And it’s pretty difficult, even for a black-thumbed gardener, to actually kill. Gardenista reports that this houseplant is also “highly resistant” to pests. Just be aware that all parts of the plant are toxic, so you’ll need to take care if you have children or pets.