Vacation affords us the opportunity to relax, enjoy time outdoors, and indulge in some phenomenal meals. For food lovers, great dining options can be the driving force behind the whole trip. So it’s a bummer when you start calling restaurants for reservations only to find they’re totally booked during your stay. That might not be the worst thing, though, because some of the tastiest food in the world can be purchased from carts and shacks outside. Those quick eats will also be a lot easier on your wallet.

Paris is a great example of high and low cuisine, because it’s home to some of the most expensive restaurants in the world while also offering an abundance of cheap fare. According to Condé Nast Traveler, a meal at Restaurant le Meurice will run you around several hundred dollars. Oh, and that’s per person. While it will probably be a phenomenal dinner, grabbing a ham and cheese crêpe from a roadside eatery might prove to be more memorable.

If you’d rather dig into authentic fare with the locals and skip the pricey places, then read on. We’ve highlighted 12 of the world’s best cities for street-food enthusiasts spanning tons of different cuisines. Pick one of these stops for your next vacation to get your fill of delicious food, no reservations required. 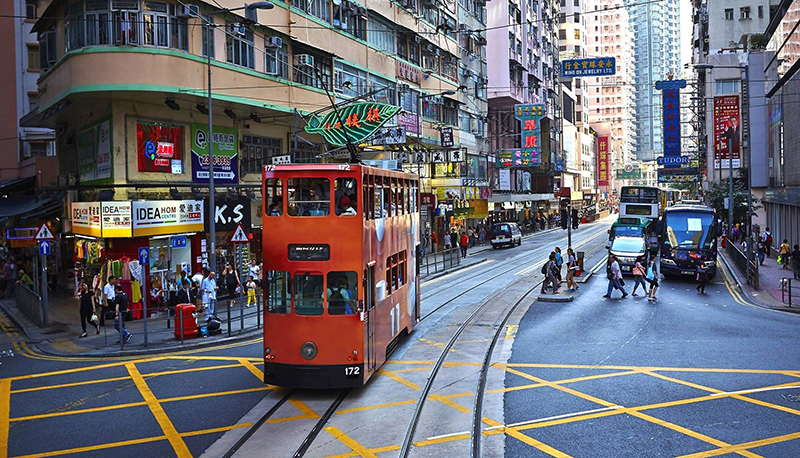 If your usual experience with Asian food includes chicken coated in a neon sweet and sour sauce, you’re in for a pleasant surprise. Heading to Hong Kong will delight your palate with some of the best dumplings, noodles, soups, and fried goods you’ve ever had. Best of all, the prices just about match what you usually spend for crappy takeout. You definitely won’t be disappointed with the quality, either. According to the New York Daily News, some casual spots boast Michelin-star rankings that are usually reserved for high-end restaurants. 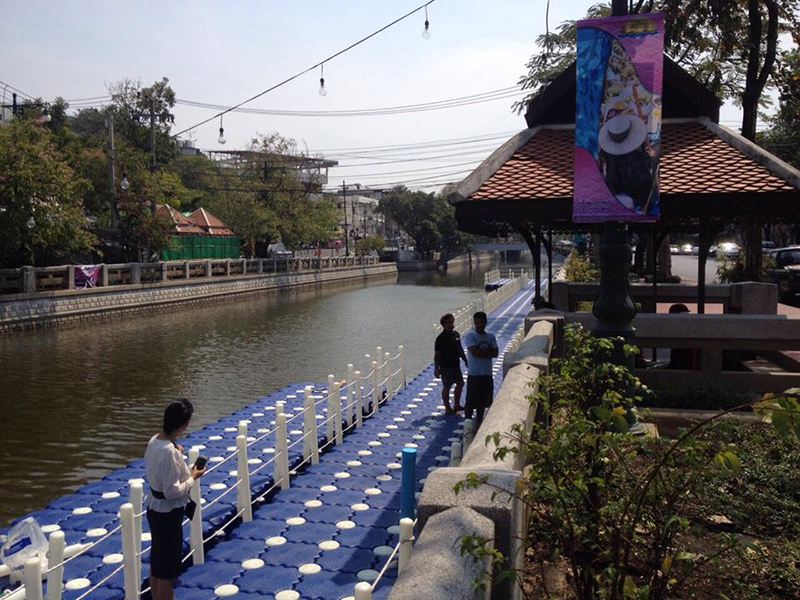 Some guys stick to a pretty rigid diet composed of three meals per day while others prefer to snack their way through life. For the latter, Bangkok is a must for international travel. CNN said the city is known for eating many small meals during the day, including noshes like fried noodles and marinated pork skewers. Though many cities feature plenty of salty snacks, Bangkok is actually a great option for those who have a sweet tooth. A variety of tropical fruits show up in street stalls, including a favorite dessert called khao niew ma muang, which combines sticky rice, coconut milk, and ripe mango. 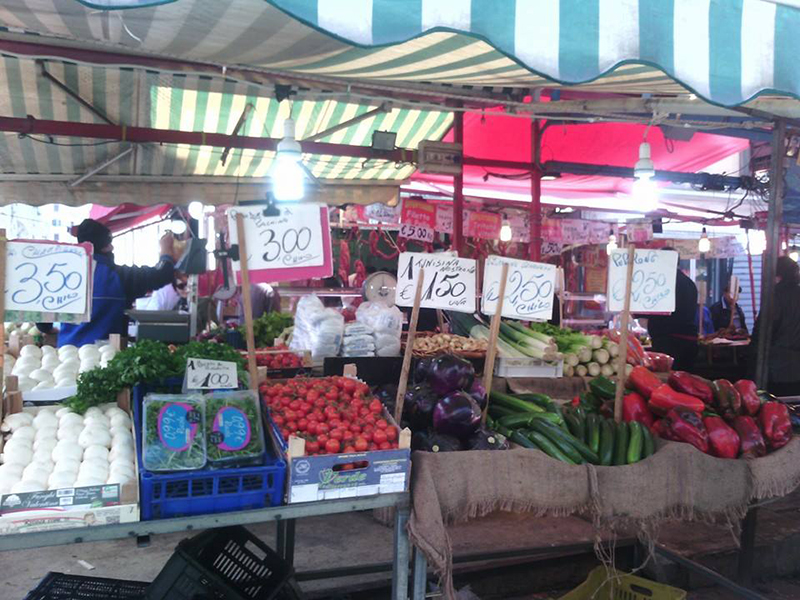 Though sit-down restaurants are often the best choices throughout much of the country, a visit to Palermo shows Italy can do street food as well as anyone else. And it’s not all about pasta and pizza. According to VirtualTourist, this city is known for its fried delicacies. Go for arancini, fried rice balls made from leftover risotto that are usually stuffed with meat or cheese. And yes, you can also find some great pizza, cannolis, and gelato. 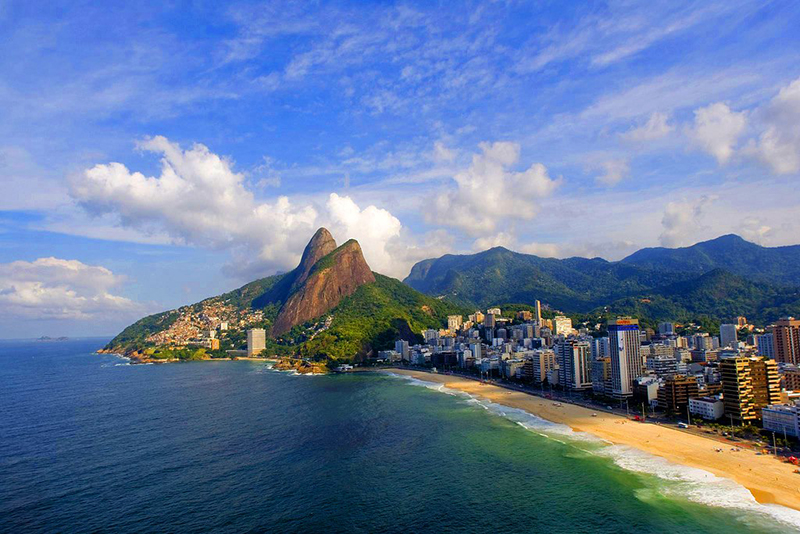 Folks might go for the beaches, but they stay for the food when they visit this destination. Frommer’s likes Rio de Janeiro for its barbecue skewers, hot dogs, cheese bread, and variety of sweet treats. The tropical climate means you’ll have access to some phenomenal fruit juices and smoothies. Vendors also stay open late and appear just about everywhere, making for a dizzying number of options. When in doubt, flock to the long lines of locals. There’s usually a good reason they’re willing to wait for whatever a cart is offering. 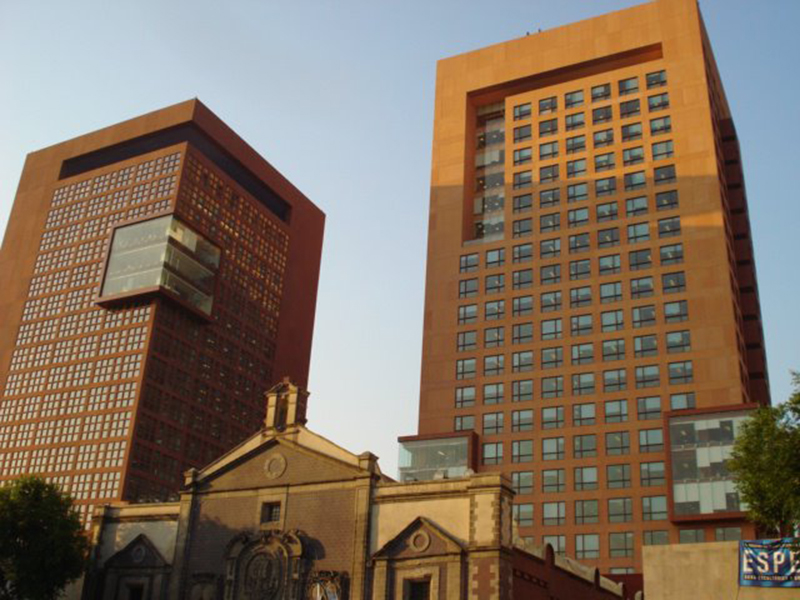 Tacos are synonymous with street food, but the tortilla-wrapped mini meals aren’t the only goods you’ll find here. Thrillist said Mexico City also abounds with fruit juices, mayo-slathered corn, tamales, and pastries. Like food trucks here in the U.S., most street-food vendors have one or two specialties, so you need to hit a bunch of different spots to get the best dishes. The Guardian listed 10 places that make some of the best versions of classics to help you figure out where to start.

Unlike a lot of other food destinations, not many people go to Marrakech to eat at sit-down restaurants. CNN said most of the best meals in Morocco are found in people’s homes, so you really want to opt for roadside vendors when you go here. If you decide to go all the way across the ocean to visit this destination, you might as well go all-in when it comes to food. That means sampling things you might otherwise find a little scary, like steamed sheep’s head. You also have plenty of opportunity to dine with locals. Budget Travel suggested heading to the night market at Jemaa el-Fna to soak up the atmosphere at communal tables. 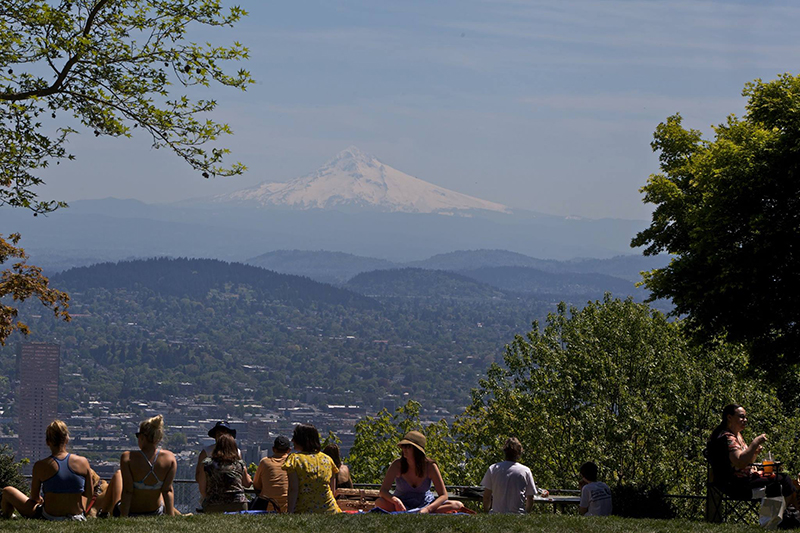 Having a picnic in Portland | Source: Travel Portland via Facebook

The lone American city on this list is an all-star when it comes to street-side fare. U.S. News & World Report picked this city as a top choice for street-food thanks to the wide range of cuisines, high-quality standards, and affordability. Because of its proximity to the ocean, Portland is also one of the best places to load up on fresh seafood. It can be hard to make up your mind, though. Your best bet is to check out Food Carts Portland to find what’s closest to you. 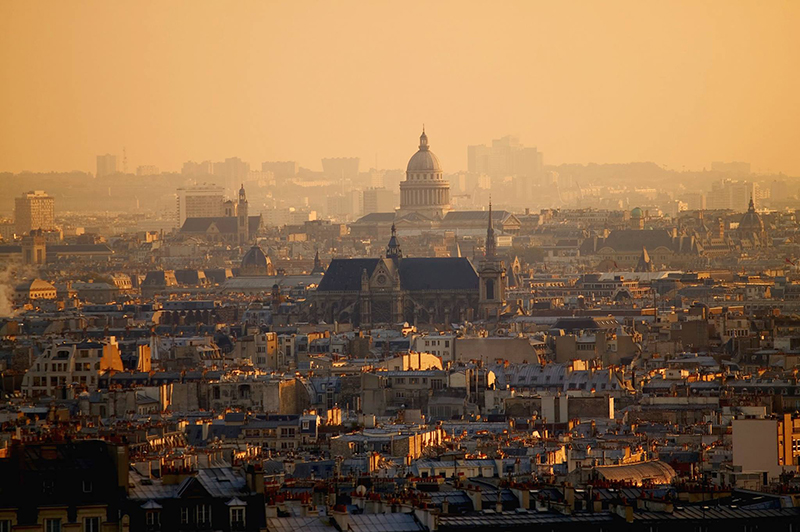 Skip the white tablecloths and head to casual places to get some of the best food Paris has to offer. U.S. News & World report chose this city as a top destination for street food thanks to its many crêpe stands. Those paper-thin pancakes are just the beginning, because this city is teeming with other inexpensive choices. About Travel said you’ll also find plenty of sandwiches and quiche, plus Indian and Mediterranean foods. 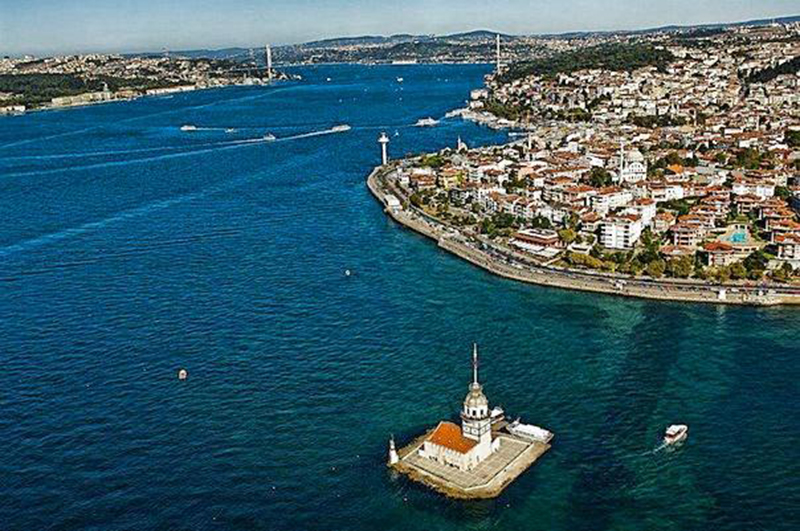 You might be able to find kebabs all over Europe, but nobody does them quite like Istanbul. Food & Wine named the city as one of their favorites for street food, but it’s about more than skewered meat. The article mentioned stuffed potatoes and sesame bread as some of the best choices. Figuring out exactly where to go can be a bit of a challenge, though. Take a look at Istanbul Eats to get a look at the city’s food through the eyes of some folks who actually live there. 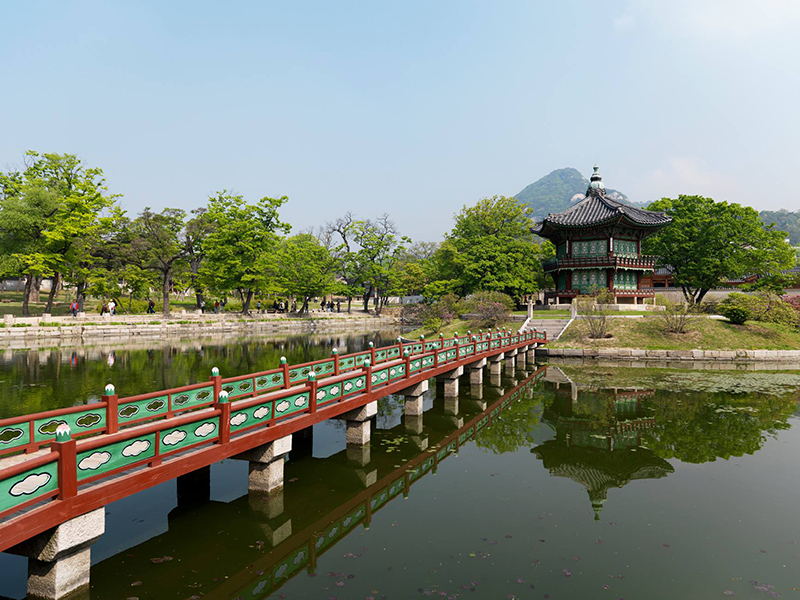 Korean barbecue has seen a huge boom in the U.S. in the last few years. You can certainly get some good versions of the cuisine where you live, but your local joint will never compare to the tents in Seoul. Australian site AWOL picked this destination as the 10th best city in the world for roadside foods mainly because of the fried fare. Pancakes, eggs, squid, you name it, there’s a fried version here that will change the way you think about how you cook food at home. 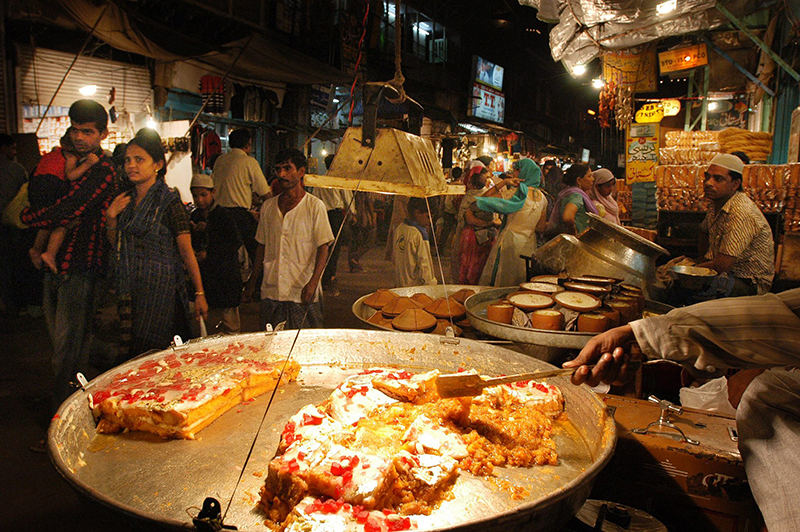 It’s time to give butter chicken a rest and add some other Indian dishes to your vocabulary. You’ll immerse yourself in food that’s far different from the Americanized versions you’re used to, like dumplings and filled flatbreads. Travel + Leisure suggested paying visits to five of their favorite vendors for some of the best food. Just be sure to make your selections carefully. While Flavorverse chose New Delhi as one of the best cities for street food, the article acknowledged food safety can sometimes be an issue. 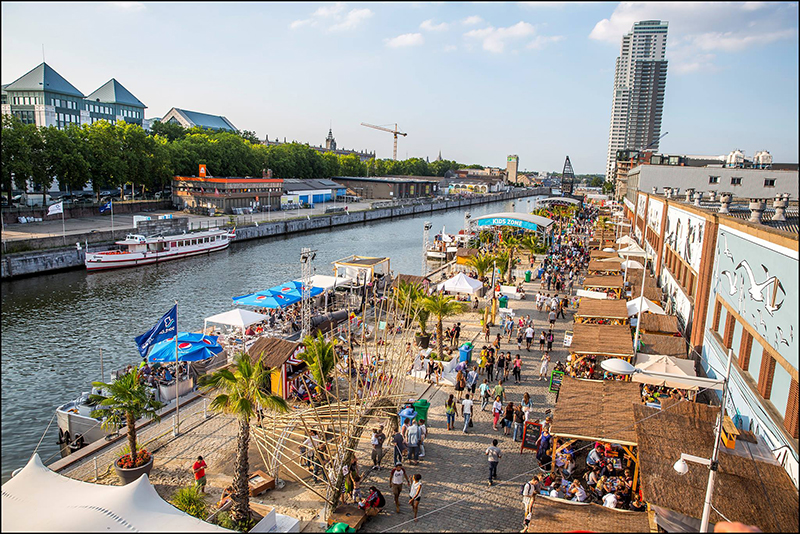 They may be called French fries, but Brussels makes the crispy potatoes better than anyone else. That salty snack alone is probably reason enough to visit, but Reuters said the city’s waffles, mussels, and snails are also musts. But back to the fries: They’re typically served in a cone and come with at least one dipping sauce. You can certainly opt for something akin to ketchup, but locals know mayo is the best choice.