Best Summer Salad Ever: The Only Cucumber Salad Recipe You’ll Ever Need 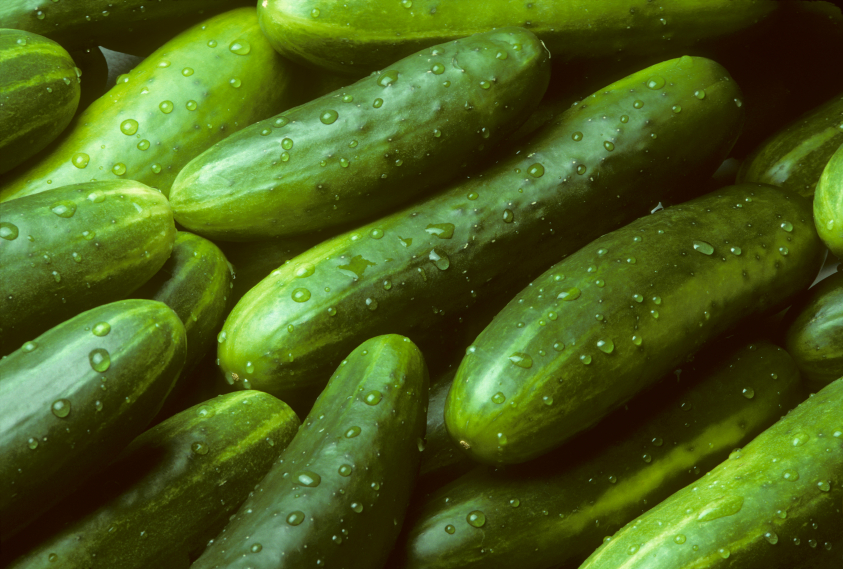 Summer is salad season. Easy to prepare and often made with straight-from-the-garden ingredients, these no-cook dishes are a lifesaver during the hottest months of the year. Whether you’re a die-hard fan of pasta salad, salivate over caprese, or can’t live without watermelon tossed with feta and mint, there are plenty of contenders for the perfect summer salad. And then there’s the humble yet still delicious cucumber salad, proving that sometimes, the simplest dishes are the among the best.

Cucumbers are in peak season during the summer, just when their cooling flavors are most wanted. Something cool was exactly what I had in mind following an afternoon at the beach. After a long day in the hot sun, I wanted a light and refreshing summer dish, so I went hunting for a cucumber salad recipe.

Cucumber salad recipes are a dime a dozen, my search revealed. Some versions call for a sour cream dressing, while others add avocado, tomatoes, and other ingredients. I wanted to keep things simple, and this back-to-basics recipe from Saveur delivered. All you need to do is make a basic vinegar dressing, add some sliced cucumbers, shallots, and a little ground pepper, and you’re good to go. I topped it all with a little chopped fresh mint, and the result was the perfect post-beach summer salad. 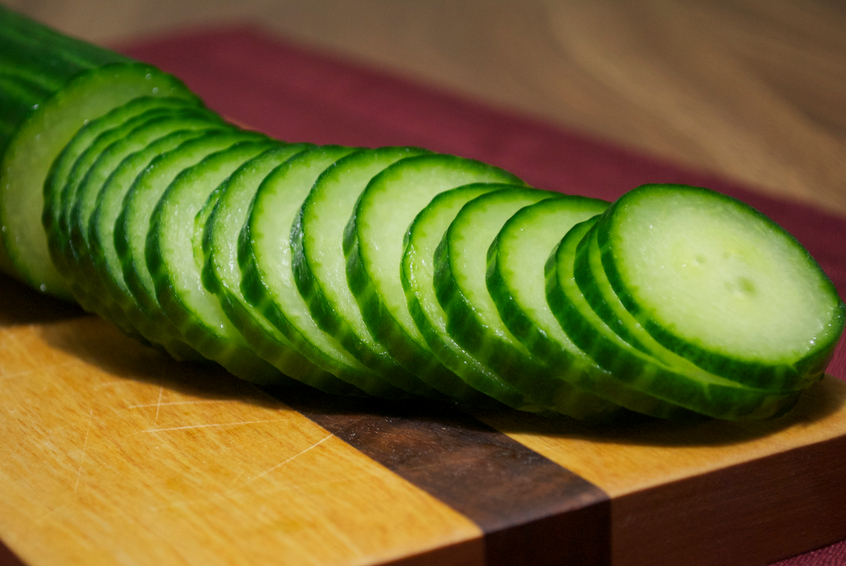 Hot summer days call for effortless meals. This vinegary cucumber salad is a cinch to prepare and tastes refreshing. You can eat it alone or serve as a side with grilled meat or other barbecue favorites.

Steer clear of massive, waxy cucumbers in favor of the slimmer English cucumber when making this recipe. These leaner cukes are often sold wrapped in plastic and may be a little more expensive than the more familiar variety. They also have a thinner skin (so you can eat them without peeling) and smaller seeds than other cucumbers, which is why they’re sometimes labeled “seedless.”

Shallots are related to onions but have a sweeter, slightly garlicky flavor. You’ll usually find them somewhere near the garlic in the produce section. They are shaped a bit like a garlic bulb but are pinkish-brown in color.

Recipe from Saveur. Serves 4 to 6 people.

Slice cucumber crosswise into 1⁄8-inch-thick rounds; add to bowl with vinegar along with shallots and toss to combine. Season with salt and pepper. Chill, then serve. 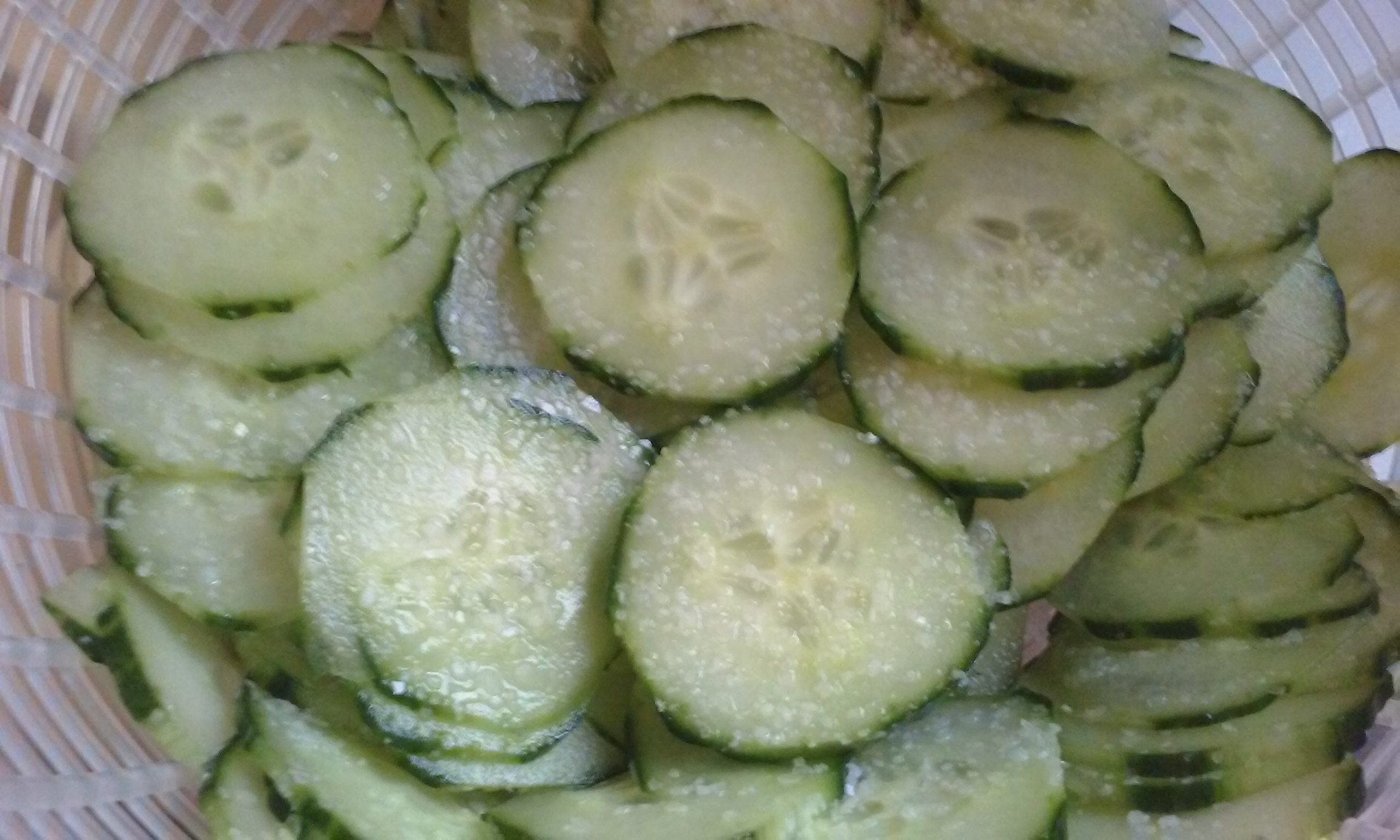 Preparing this cucumber salad recipe is incredibly easy. Slicing the vegetables takes the most time. You can get the job done faster if you have a mandoline slicer, which will also ensure your cucumber slices are all the same size.

Many cucumber recipes call for red onion, but this one uses milder-tasting shallots instead. If the pungent taste (and aftertaste) of the raw shallots is still too much for you, try soaking them in water for about 10 minutes after you slice them. This removes some of the sulfur compounds from the shallot and will make them more palatable, according to Chef’D.

If you’re worried about limp cucumbers in your salad, salt them ahead of time. Just transfer the sliced cucumbers to a colander, sprinkle with salt, toss, and let drain for 20 or 30 minutes. Press gently to squeeze out more liquid, then rinse to remove the excess salt and pat dry with a paper towel. This step removes some of the moisture from the cucumbers so they’ll stay crisp in your salad. (You’ll also want to try this trick if you’re making tzatziki or another cucumber-centric dish.) Cutting the cucumbers in half and scooping out the seeds will also help avoid the soggy cuke problem.

I added a little fresh mint to the salad just before serving, which added a fresh, flavorful twist. You could try adding other fresh herbs, or even sprinkling on some crumbled feta cheese for additional flavor.