8 of the Best Whiskey Bars in America

Ah … whiskey. The drink of choice for those who like their spirits to pack some serious flavor. These bars offer everything from over-the-top whiskey lists to invite-only exclusivity. So what are you waiting for? Here are some of the best, must-see — or stumble out of — whiskey bars in the country. 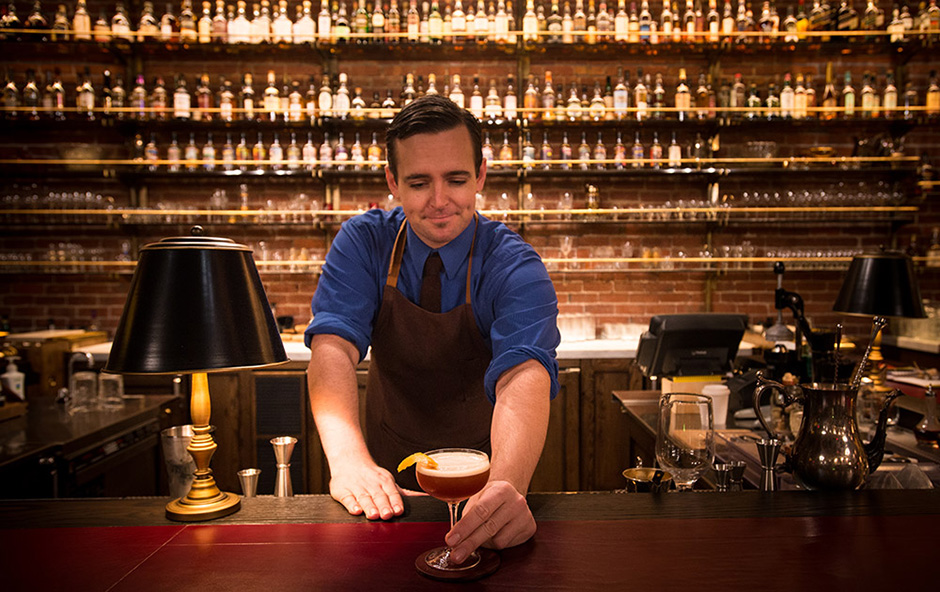 With a semi-speakeasy feel and a reservation-only system, the Multnomah Whiskey Library is one of Portland’s swankiest hotspots for whiskey — and exclusivity — lovers who truly enjoy a sense of refinery. The venue holds an exhaustive collection representing all major, and lesser, styles of distilled spirits known to the modern world. With rolling step ladders and a unique, hands-on cocktail crafting process — the mixologists come directly to the table with portable bars to mix, make and pass out beverages — calling this bar a “library” is more than just a kitschy description… it’s an experience.

2. The Whiskey Jar in Charlottesville, Va. 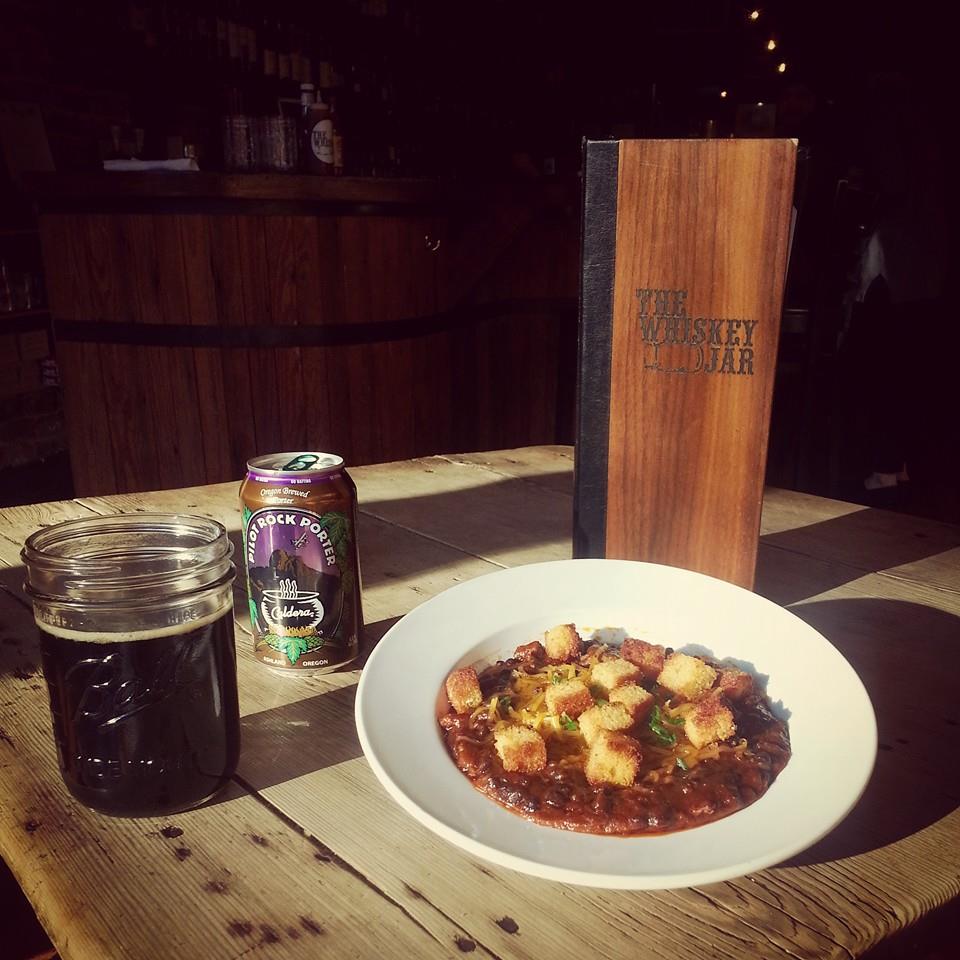 Whiskey drink and a plate of food | Source: The Whiskey Jar via Facebook

Serving up ‘Libations for the Troubled’, The Principal’s Office is a truly unique whiskey experience. Located within a nearly 100 year-old elementary school, hand-crafted espresso drinks transition from daytime into best-in-class cocktails at night. School’s out for good at this one-of-a-kind establishment, with many of its libations featuring Colorado Springs’ own 291 Colorado Whiskey. Forget your typical Happy Hour, it’s all about Detention Hour at The Principal’s Office.

With 2,390 bottles of whiskey on the wall, the Jack Rose Whiskey Bar is restaurant meets bar meets library. Claiming the single greatest whiskey list in the nation, the space is truly a historical library of whiskey. 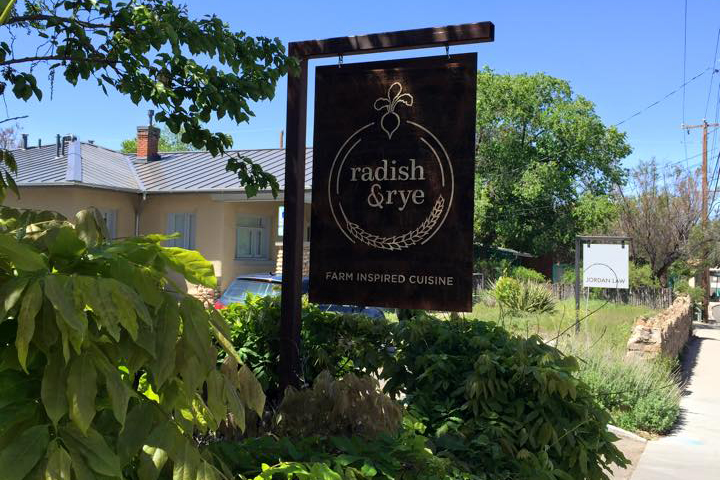 Sign in front of a whiskey bar | Source: Radish & Rye

Whiskey is a Gaelic word for “water of life,” and this is felt by anyone who steps inside Radish & Rye. The bar includes 34 selections from Kentucky, six from Tennessee, and nine from other parts of the continent including New York, Canada, Indiana, New Mexico’s own Taos Lightning Rye, and Santa Fe’s own Santa Fe Silver Coyote from the celebrated and award-winning Santa Fe Spirits Company. The new bar has already gained much recognition for its innovative approach to not only whiskey, but a unique farm-to-table menu that attracts locals and visitors alike.

Reminding patrons that whiskey is not for the faint of heart, the Volstead Bar is a speakeasy that used to be a house of ill repute serving up old school whiskey cocktails. Locally owned and operated, the Volstead Bar takes patrons back to the fascinating days of the speakeasy by artfully crafting classic cocktails. Oddly enough, their whiskey selection of 56 more than doubles their seating capacity of 24. Although their main focus is on old school whiskey cocktails like a perfectly crafted sazerac, you can tell the proprietors take pride in the expansive whiskey selection. From the very popular Blanton’s to the Ohio-made Watershed, there’s definitely something for every whiskey infatuated palate.

7. The Crunkleton in Chapel Hill, N.C.

Named one of the Best Bourbon Bars in the South, The Crunkleton serves up only the finest, most sophisticated of whiskey experiences. Bow-tied mixologists shake and stir under deep amber light, with a mellow mood and soothing atmosphere – and that’s not just the bourbon talking. With an impressive whiskey collection, this is the place for those who yearn for an intimate, old school vibe. What’s more? The only way you’re getting into this private club is with a paid membership. 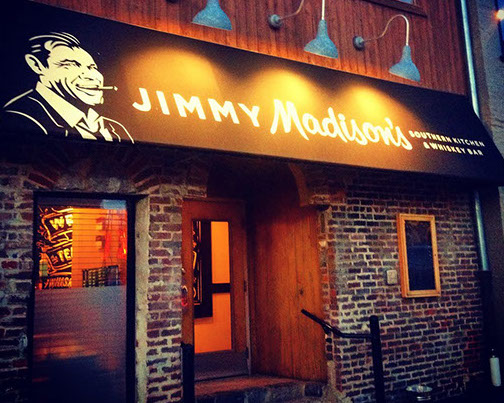 A blend of soulful music, modern Southern cuisine, and premium whiskeys, Jimmy Madison’s Southern Kitchen & Whiskey Bar offers over 30 types of whiskey, with a whimsical environment to boot. The décor and styling of Jimmy Madison’s takes its inspiration from the juke joints of the 40s and 50s, and staying true to its southern roots, the venue offers occasional live music, ranging from delta blues to southern rock. When you step into this bar, allow yourself to be swept back to a time when life was slow and sweet, and troubles were checked at the door.