While family reunions are never that thrilling, the potluck spread is usually pretty impressive. Many of us have fond childhood memories of these feasts where we piled our plates high with potato salad, fried chicken, and everything from the dessert table. Often, there was a small area devoted to beverages. It had the basics like lemonade and coffee, but there was usually one more drink: the punch.

Aside from the maraschino cherries and orange slices floating about, it was nearly impossible to tell what was actually inside this massive bowl. Consequently, punch developed a reputation for being an overly sweet, generally gross drink. Even adding booze couldn’t convince the adults to sip a glass. It’s too bad, because it has the potential to be as sophisticated as any craft cocktail with the right ingredients and proportions. And since you end up with such a large quantity, it’s the ultimate drink for entertaining. It’s time to give punch another chance. Go with one of these six recipes for a drink you’ll be proud to serve. 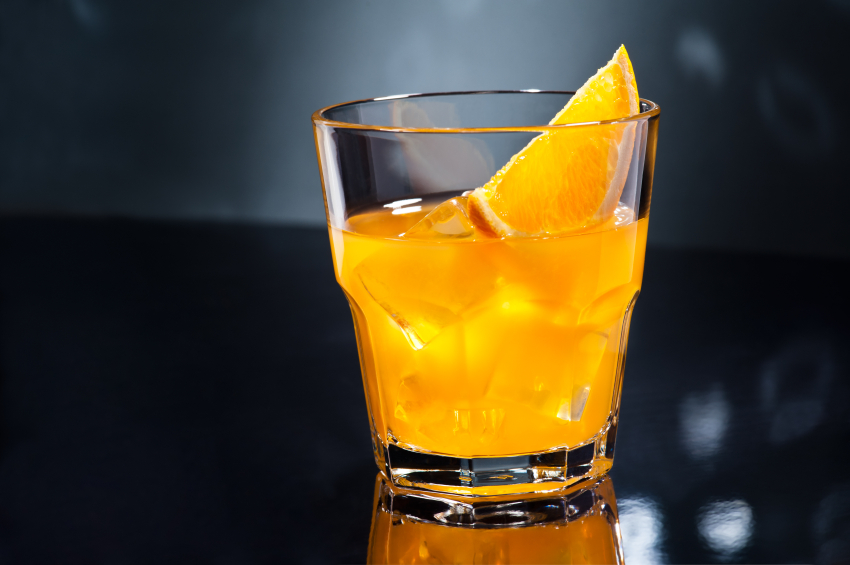 This refreshing recipe from Cooking Light has all the sweet-tart flavor of a whiskey sour, plus a refreshing bit of sparkle thanks to some club soda. You’ll get the freshest flavor if you juice the oranges and lemons yourself, but you can usually find pretty good packaged versions of both in the grocery store. Some supermarkets even juice their own oranges, so be sure to ask.

One of the best secrets to pulling off a successful bash is doing as much as possible in advance. Luckily, this recipes lends itself to that format. Make the base the day before, keep it in the fridge, then add the club soda as your guests show up.

Directions: Combine sugar and water in a 1-cup measuring cup. Microwave on high for 2 minutes, and stir until sugar dissolves. Cool to room temperature. 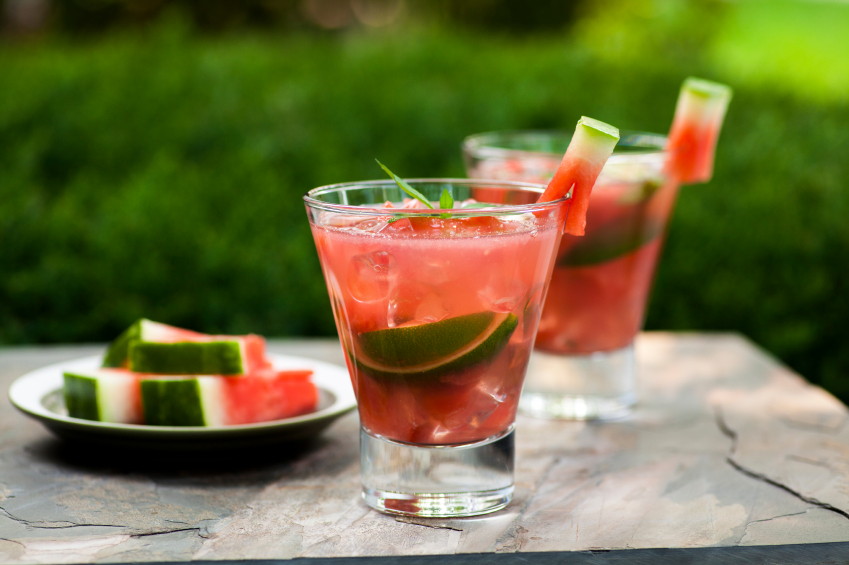 Summer might be coming to a close, but it’s not technically over yet. This watermelon drink from Tablespoon.com will give you and your friends one last taste of the season. It’s filled with plenty of the namesake ingredient, some lime for a bit of tang, and mint to make it even more refreshing. Though this recipe calls for a specified amount of simple syrup, you might have to adjust based on how sweet your watermelon is. The best specimens should feel heavy for their size and feature a flattened, yellowish area somewhere on the rind. That colored spot is an indication the fruit spent plenty of time ripening before harvesting.

Directions: Blend watermelon and mint in a blender until completely smooth. Strain mixture to remove solids, then stir in remaining ingredients. Serve. 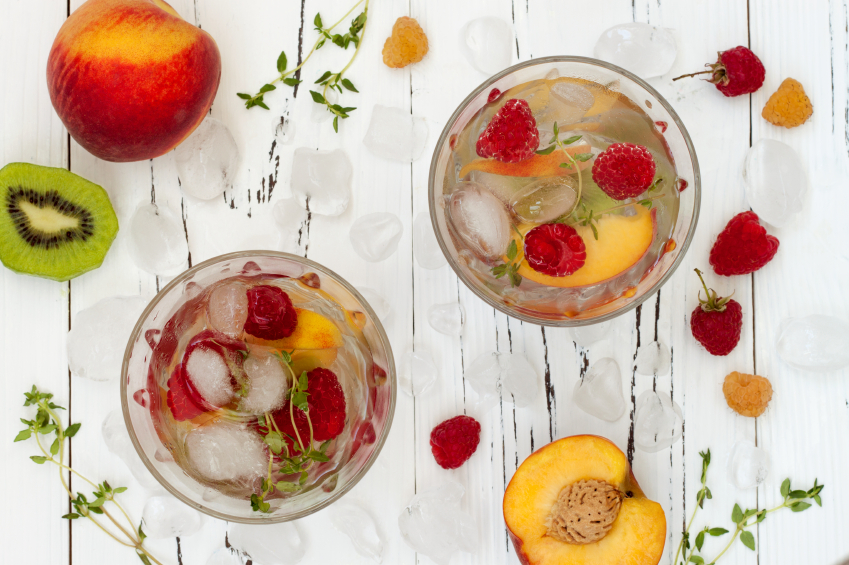 Punch with peaches and raspberries | iStock.com

Even if you’re not super into spirits, you can still get in on the punch fun. Try this raspberry and peach drink from Heather Christo’s Generous Table, featured on Table for Two, which is made with sparkling white wine. With just three ingredients and absolutely no wait time, it’s about the speediest cocktail on the planet. Dress it up even more with some sliced peaches.

Directions: Place frozen berries in a large pitcher. Top with peach nectar and Prosecco. Fill pitcher the rest of the way with ice cubes. Stir, and serve. 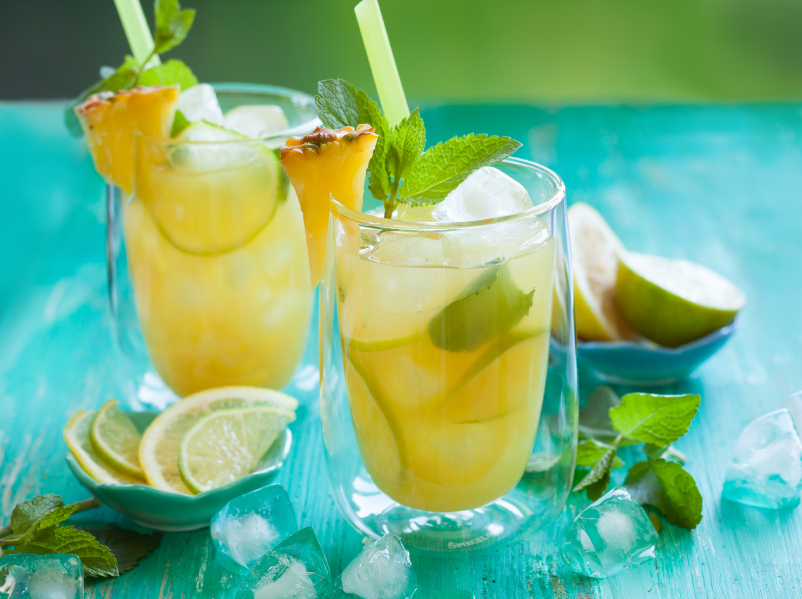 Can’t afford an island vacation? Bring the taste of the tropics to your backyard with Coastal Living’s take on rum punch. It features two kinds of rum and some apricot brandy, so take it slow while you’re sipping. While many rum punches suffer from a case of sugar overload, this one keeps the sweetness in check with the addition of some tart grapefruit juice.

Directions: Combine all liquid ingredients in a pitcher. Pour over ice, and serve with lime slices. 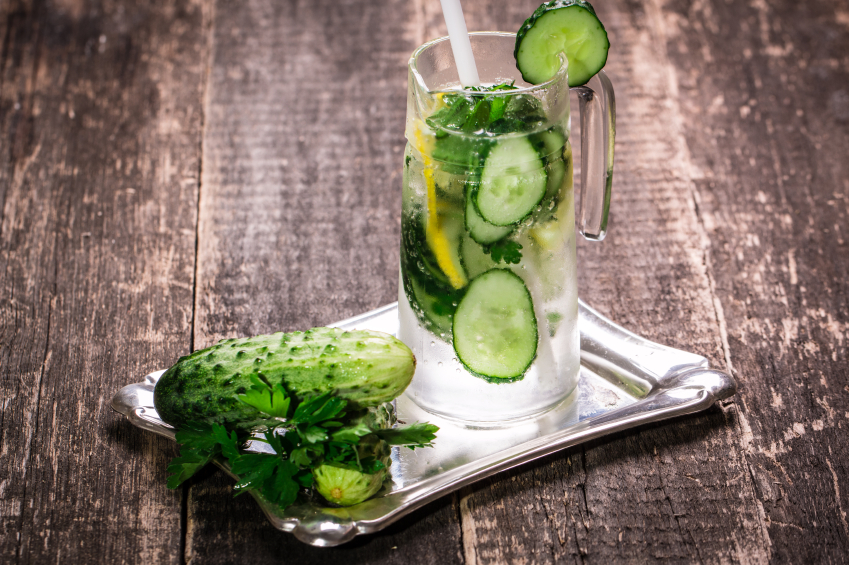 Pitcher with a cucumber and lemon punch | iStock.com

Lemonade is the perfect balance of sweet and sour, yet many versions with alcohol are way too sweet. We like Alton Brown’s take on this concoction, which he shared with Food Network, because it has plenty of tangy citrus flavor and the added cooling effect of cucumber. Better yet, it’s really simple. Be sure to have plenty of ice on hand for this refreshing beverage.

Directions: Juice lemons into a large pot, then add the juiced halves to the same pot. Add sugar, and muddle the mixture for 2 to 3 minutes. Remove the lemon halves, add the water, and stir until sugar is dissolved. 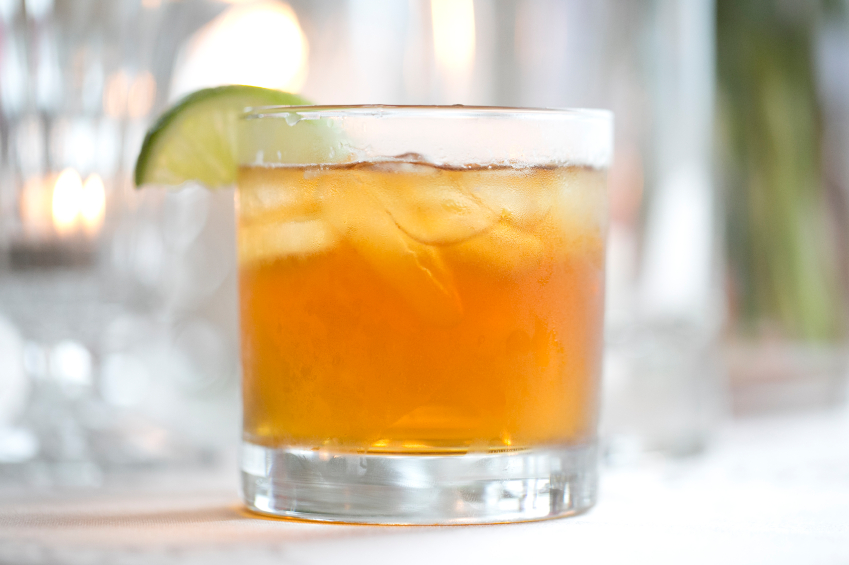 Punch doesn’t typically sound too impressive, unless it features a sophisticated syrup inspired by a Chinese spice blend. Serious Eats combines the fragrant syrup with plenty of bourbon and a bit of lime juice for a punch that your friends will never see coming. Just a heads up, this recipe only makes enough cocktails for four people. You’ll have plenty of extra syrup, though, so go ahead and scale up for larger gatherings.

Directions: Toast peppercorns, star anise, cloves, and fennel in a dry medium skillet over medium heat, tossing often, until fragrant, about 1 minute. Add cinnamon stick, sugar, and water. Set over medium-high heat. Cook, stirring, until mixture comes to a boil. Cover, and remove from heat. Let steep 2 hours. Strain into a container. Covered, syrup will keep for two weeks in the fridge.

To make cocktails, combine bourbon, 3 ounces of syrup, and lime juice in a pitcher. Stir to combine. Add club soda, and stir to incorporate. Serve in rocks glasses filled with ice, and garnish with lime wedges.