Budget Travel by Private Jet: What You Need to Know

Leaving town for a vacation is one of the greatest luxuries in life. Unfortunately, dealing with airport lines and cramped conditions once aboard can turn getting away into a complete headache that hardly seems worth the stress. Planning an impromptu trip makes things even more challenging, because you can end up spending a small fortune on airfare, even when you’re choosing the least expensive options. That could be changing, though.

Details reported JetSuite’s quiet launch of their SuiteDeals program occurred all the way back in 2011, though it hasn’t gained much attention until recently. Here’s how it works: The daily board posts empty legs on private jets that are available for anyone to purchase. They’re offered at a discounted rate because those seats would otherwise be empty, which can make last-minute travel in luxury a complete bargain. JetSuite’s not alone, either. Companies like Victor and PrivateFly offer similar options, so you can compare prices and find flights leaving from the destination closest to you.

As with anything that seems too good to be true, there are drawbacks to take into account. We’ve broken down the pros and cons of empty flights for you to check out before you book a trip. Your days of dreading flights might be over.

The most obvious benefit of traveling by private jet at a discounted rate is the price. FlyMiler reported traveling in a group of four to seven people could result in a per-person cost as low as $77 in some cases. Even for flights that are more expensive, it can be a great deal when you consider what you’re getting. You’ll be a lot more comfortable, with plenty of leg space and cushy seats. There’s even free wireless internet on JetSuite, and many companies carry snacks that are way better than a bag of peanuts and a tiny soft drink. And it’s no big deal if you just can’t leave your dog behind, because pets are welcome.

A stressful week might leave you feeling like a quick weekend escape is in order. Trying to compare prices for regular airlines on such short notice can sometimes lead to good deals, but it can also mean you’ll end up with something ridiculously expensive. It also assumes you have some general idea of where you’re going. Trying to pick a location can be pretty overwhelming if you weren’t initially thinking about going somewhere, so scouring empty leg flights might spark an enthusiasm for a location you’ve never considered before. MarketWatch said this type of flexibility is key to scoring the best deals. The article also recommended calling private companies directly, because they’ll sometimes have great deals that aren’t advertised.

Traveling by plane usually means you have to set aside hours for commuting to the airport, check-in, security, and boarding. Things are a lot different when you go with a private jet instead of a commercial flight. According to The Huffington Post, you can arrive shortly before take-off without having to panic. The security process is also significantly faster. You might actually enjoy the whole process. 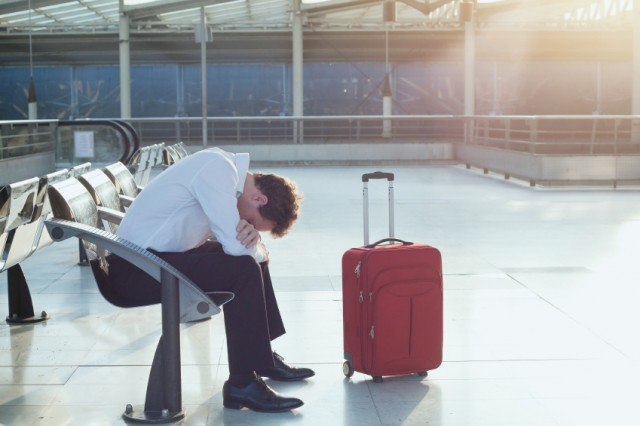 Whether it’s due to illness or work conflicts, travel plans can change for anyone. When that happens for those who booked the private plane for their specific travel needs, that can mean you’re out of luck. The Daily Mail explained that if the individual who chartered the flight at the full price cancels their trip, then yours will automatically be canceled as there’s no longer an empty leg to fill. It can also be pretty last minute. You might be scheduled to take-off when you leave for the airport, and find the trip is a no-go when you arrive.

Getting to your location is the easy part. Getting back could be significantly more challenging if you opted for a last-minute choice. The Chicago Tribune reported that most travelers are going to have to seek out other travel options for a return flight. That could mean paying a significantly higher fare than your arrival flight. If you end up going to a less-traveled destination, you could also find yourself with sparse options to get back home.

Solo travelers aren’t going to be able to score nearly as good of a deal as those traveling in a group. Today reported findings from Cheapism.com that revealed in order to get a per person price of $90, you’ll have to find someone to fill every seat on a $536 flight. Otherwise, you’ll be stuck with the entire bill. That might be a good option for families, but anyone trying to gather a group of friends on such short notice is likely to have a lot more difficulty. It isn’t necessarily realistic to find five other people who all want to go to the same location and are able to clear their schedules last minute.