Budweiser Is Becoming Obsolete, Just Like All of These Things

As we progress together as a society, the newer generation tends to hold on to, or abandon, certain things from the previous generation. When we heard that Budweiser has fallen again in its market share of domestic sales in the U.S., we wondered what else is either obsolete or becoming obsolete. Take a look at these things that are no longer relevant to the new generation. (Stick around until the end, because No. 10 will shock you.)

Yes, “America’s beer” is becoming obsolete, as the newer generations are seeking more interesting beers to drink. Budweiser fell to No. 4 in domestic sales in the U.S. This represents a shift in what millennials are interested in. I guess Budweiser is no longer the “King of Beers.”

Next: We didn’t picture this coming.

A roll of film may be an idea of the past before too long. | dimatlt633/Getty Images

In an age where your digital camera on your phone can shoot at, or near, 4k resolution, there really isn’t much need for film. Photo film peaked in 2003 with almost a billion rolls of film produced. Today, it represents around 2% of that rate of production.

Next: Without these, we are lost.

What happens if the satellites fail? | Image Source/Getty Images

Remember reaching into the glove box when you were on a road trip to plan out your next five moves? Well, with advancements in navigation systems, there isn’t a need for those old paper maps anymore. In fact, we’ve become so dependent on navigation systems that people are starting to lose the ability to read maps.

Some people don’t know how to use a rotary phone. | Gajus/Getty Images

Phones have evolved in obvious ways as far as technology is concerned. But, they have also evolved in their position in family culture. No longer will you see a landline in someone’s home, because a cellphone works just fine and is far more convenient.

Now that you can do everything with your phone, you can pretty much say goodbye to cash or checks. Credit cards are still holding on, but who knows how long that will last. Pretty soon we may be just paying for everything with our fingerprints. After all, we pretty much do that already.

Next: If we’re not using cash, then we definitely won’t need these people anymore.

The cashier counter is already starting to make its way out the door. Slowly, we are starting to see more and more self-checkout counters at the grocery store. Even that may be going away soon as well. Amazon just opened its first “Amazon Go” store, where you can just grab what you need and not even stop at a counter to pay.

Next: Why buy the cow?

Kate Upton in her wedding dress | Vogue via Instagram

It seems that the next generation is also abandoning certain institutions. The one that may be most concerning is the one of marriage. There is a sharp decline in the number of people getting married in the United States over the past few years. Whether it’s the increasingly prohibitive costs involved in a wedding or simply a lack of interest, it’s been an interesting trend to see take place.

Next: If there isn’t marriage, then there is no excuse left to play this sport anymore.

Golf is an industry that isn’t getting much play. The new generation is losing interest in the old sport, and the sales of clubs and rounds have been going down dramatically. The game of golf is a pastime for all people, but the newer generation may be a little more interested in other things.

Next: Don’t make me cry.

Looks like the next generation doesn’t have a Hendrix or Clapton to emulate. | Fender Electric Guitars/Wikimedia Commons

The electric guitar is an icon of the music that helped shape this great nation. As it happens, it’s also well into its own downfall. In the past decade or so, sales for guitars have fallen by about 30%. While we can’t pinpoint the exact cause of this, we imagine the rise of electronic music, as well as continuous cuts to arts programs in schools, are the likely culprits.

Next: This hog may die.

It’s so iconic, they trademarked its sound. | Harley-Davidson

Harley-Davidson was once the symbol of the open road. Many people would often imagine taking to the road on one of these hogs. The iconic brand represents about half of the large bike sales in the U.S., but sales of Harleys have been slipping. Surely, if it stays on this trend, there may not be many on the road in the next decade or so.

Next: Here’s something you can wash your hands of.

To be fair, they do leave your skin feeling pretty clammy. | iStock.com

It seems like an odd thing to become obsolete, but sales for bars of soap have been falling precipitously over the past couple of years. Don’t take that as the people not being hygienic. It just means that they are buying more liquid soap or using shampoo in the same manner as soap to save money.

Next: No more frosting

Since weddings and marriages are down, it only makes sense that diamond sales would be down as well. Many of the people in the next generation are opting out of a traditional marriage, let alone a traditional wedding ring to signify that bond. It could also be because of the growing concern about conflict diamonds.

Next: The chains are being broken. 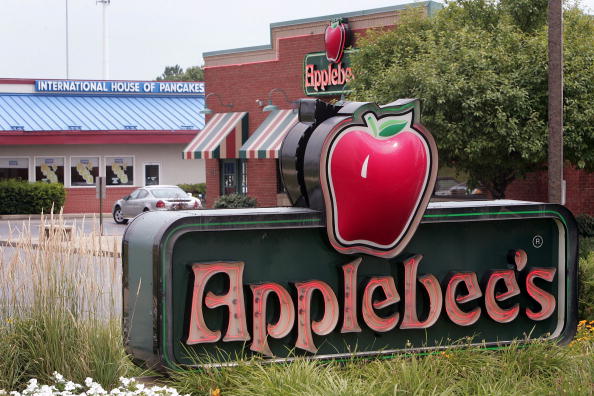 Stores are closing across the nation. | Scott Olson/Getty Images

Restaurants like Buffalo Wild Wings, Applebees, Hooters, and Ruby Tuesdays are closing locations across the country because they are unable to attract the younger generation. Members of the next generation prefer to order out or cook at home, rather than dine in at restaurants anymore, according to the CEO of Buffalo Wild Wings.

Next: The most important meal of the day

Breakfast cereals are also becoming more and more obsolete as we move forward in time. Many people prefer an on-the-go type of meal like yogurt or fast-food sandwiches — the main reason being the clean-up afterward. Simply put: Millennials don’t want to do the dishes.

Next: The future is going to be rude.

It’s a wonder that the new generation ever gets a second date. | grinvalds/Getty Images

Manners are the most egregious thing of all to fall into obsolescence. For some reason, the previous generation did a horrible job of teaching manners to their offspring. Now, we have an entire generation of people who don’t say “excuse me” or “please” and “thank you.”