Can Sheriff Joe Arpaio Win a Senate Seat in Arizona?

As polarizing as former Sheriff Joe Arpaio is, he has made quite the name for himself across the nation. He is most well-known for his controversial approaches to immigration, policing methods, and his abhorrent jail conditions. Now he wants to be known for something else: Winning Jeff Flake’s Senate soon-to-be vacant seat in Arizona.

The real question is, can he? Arpaio has a sordid history with the law and that could affect his chances. Let’s take a look at his obstacles, and whether or not he can be elected. The answer may surprise you.

1. Can Arpaio serve as a convicted criminal?

Arpaio was charged with contempt for violating a court order to stop racially profiling people. He has also violated Arizona election law when he targeted political opponents. He was pardoned for the contempt charge last year by President Trump. But a pardon doesn’t completely excuse the crime, it just makes it so that you don’t have any more obligations to the restitution of that crime.

Even though Arpaio is a criminal and has a criminal record, he can still run for Congress. So in that regard, he has every legal right. Only Congress can decide whether or not someone is fit to serve.

Next: Will the people of Arizona support him?

2. Arpaio was elected sheriff five times in a row

Next: That is just Maricopa County. See how that compares to the rest of the state.

3. Maricopa County has the most power in the state 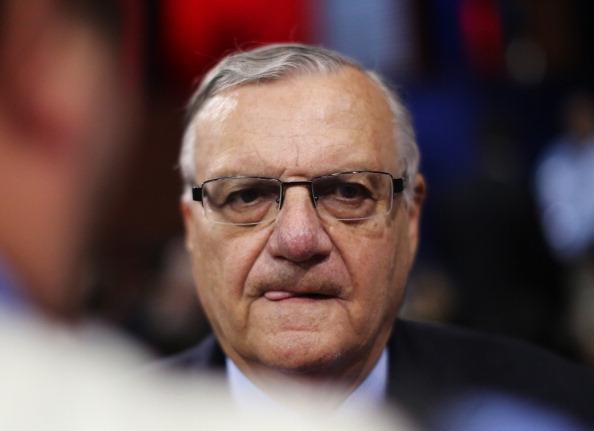 Next: Who Arpaio is up against

McSally is currently an Arizona state senator. She represents the establishment Republican party and is their preferred choice.

Ward is a conservative candidate expected to announce her bid for the Senate seat in the middle of January, but she is considered a weak opponent.

This bid for the Senate seat is shaping up to look a lot like the election we all watched in Alabama, one that represented the establishment Republican Party versus conservative outsiders, and eventually against the Democratic Party. Given how the election turned out in Alabama, that has a lot of Republicans worried.

Next: Arpaio’s legacy may hold him back.

5. Arpaio has a poor relationship with minorities 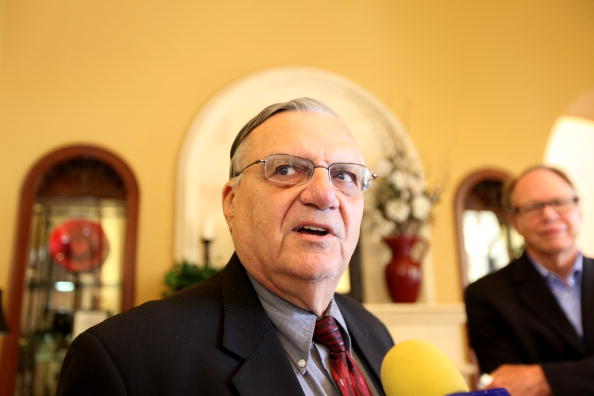 It’s pretty clear that minorities in Arizona (and the rest of the country) are probably not big fans of Arpaio. That is because of Arpaio’s issues with racially profiling people in Arizona under the guise of protecting against illegal immigrants. Minorities could be a factor if they come out to vote in the election, but there has been a steady decline in minority turnout in elections over the years. But, if the election in Alabama is any indication, Democrats could be able to flip the Republican-controlled seat.

Next: His support from Trump could be a distinguishing factor.

Trump has been a long time supporter of Joe Arpaio, evidenced by the pardon the president issued in 2017. Even more than that, Arpaio has been campaigning for Trump already. Just this past August, Arpaio was at a rally in Phoenix supporting Donald Trump’s presidency. Why there are rallies like these outside of election season is a whole different conversation.

The president will throw a lot of support at Arpaio. It’s unclear if that support will help or hurt Arpaio’s bid. Trump won Arizona by about four points in the presidential election, but Trump is now the most unfavorable president in history.

Next: Will Joe Arpaio actually win?

7. Arizona is the ‘hold my beer’ state 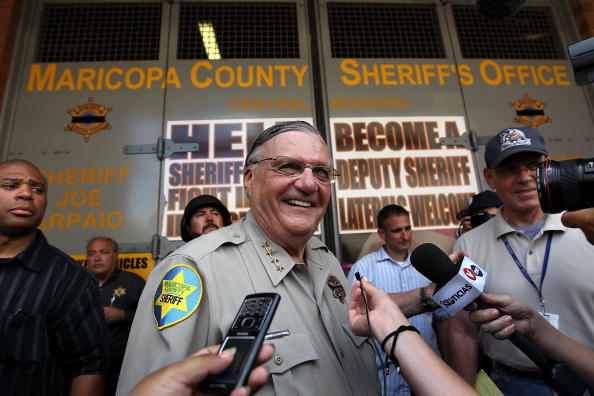 Arizona has made some poor decisions in elections, and Arpaio is the perfect example of those poor election decisions. They also keep re-electing a former presidential candidate that thought it would be a good idea to choose Sarah Palin as his running mate. Couple that with poor minority voter turnout in general, and Arpaio’s chances are shockingly good.

That can all change if people actually stand for morality rather than party lines, but we’ll have to wait and see what the good people of Arizona end up deciding on.