Meatballs should be the perfect bar food, yet most eateries get them all wrong. First off, the size has gotten out of control. Though tons of watering holes and restaurants feature the food as an appetizer, you’re often greeted with one gargantuan glob of meat. This format just doesn’t make much sense for something that’s supposed to be shared among multiple diners. The other problem has to do with taste. No amount of vibrant marinara and melted cheese can cover up a bland meatball. In order to save the trusty snack from this sad fate, you’ll have to do the cooking at your place. A simple method and a few tricks will help you turn up the flavor by looking to some ingredients from south of the border. Add creamy salsa for dipping, and you’ll look like a kitchen genius. 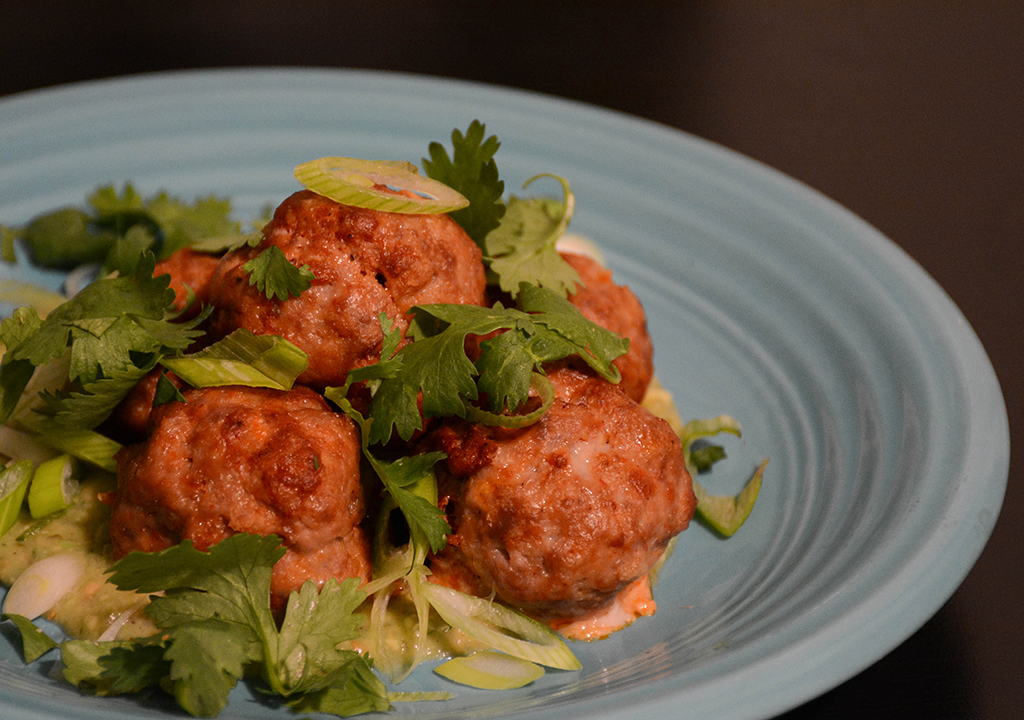 To end up with a great-tasting meatball, flavorful ingredients and proper seasoning are the only real secrets. Though many meatball recipes call for all manner of herbs, freshly toasted and ground spices, and sautéed veggies in the base, it doesn’t have to be that difficult. Instead of creating a massive list of ingredients that all require different techniques, we made things a lot simpler by replacing half of the ground beef with chorizo. This fresh Mexican sausage, not to be confused with the cured Spanish version, is loaded with spices. Since it’s already so potent on its own, you need nothing more than an extra sprinkle of salt. You can also try the method with Italian sausage.

Instead of binding the meatball mixture with breadcrumbs, we opted for a mixture of bread and milk called panade. You often see this method with Swedish meatballs, and it’s a great way to ensure your finished product stays moist as well as tender. Once the bread is saturated, just add it to the beef and chorizo along with an egg and a pinch of salt. Mix everything together until it’s just barely combined, and no more. Go too crazy with mixing and your meatballs will end up tough.

While most methods have you dive into rolling at this point, we suggest cooking up a tiny piece of the mixture. Why? To taste the seasoning. Every chorizo is a little bit different, so the amount of salt you need can vary quite a bit. If you find it’s lacking, add another pinch, then very lightly mix it in. From here, roll the balls, pop them on a sheet tray, and let them bake. We went with the oven because it’s both easier and less messy than cooking them on the stove.

While the meatballs bake, whip up the sauce. It’s nothing more than a jazzed-up jar of purchased salsa verde. Blend it in the food processor with a little bit of avocado and cilantro to transform it into something that tastes 100% homemade. The creamy, cooling sauce is a great match for the slightly spicy meat. If you can’t find salsa verde, you can whip up a slightly richer sauce by replacing it with some sour cream and a squeeze of lime juice.

Sausage of any kind pairs extremely well with wine, and chorizo is no exception. If you tend to like whites, something relatively sweet is a great match for the spice and fat in the meat. Wine Folly suggested trying Moscato, though we think Gewürztraminer is also a good choice. If you prefer red, Serious Eats suggested going for something with deep fruit flavors, such as Tempranillo or Rioja. Beer drinkers should look to lagers or amber ales, based on CraftBeer.com’s recommendation. If you crave more heat, you may as well go nuts with a chipotle-infused brew. When it comes to cocktails, citrus is your friend. Try this take on a Moscow Mule from The Esquire Tavern in San Antonio, which was featured by Imbibe Magazine. It replaces the usual vodka with mezcal for a smokier, more interesting cocktail. 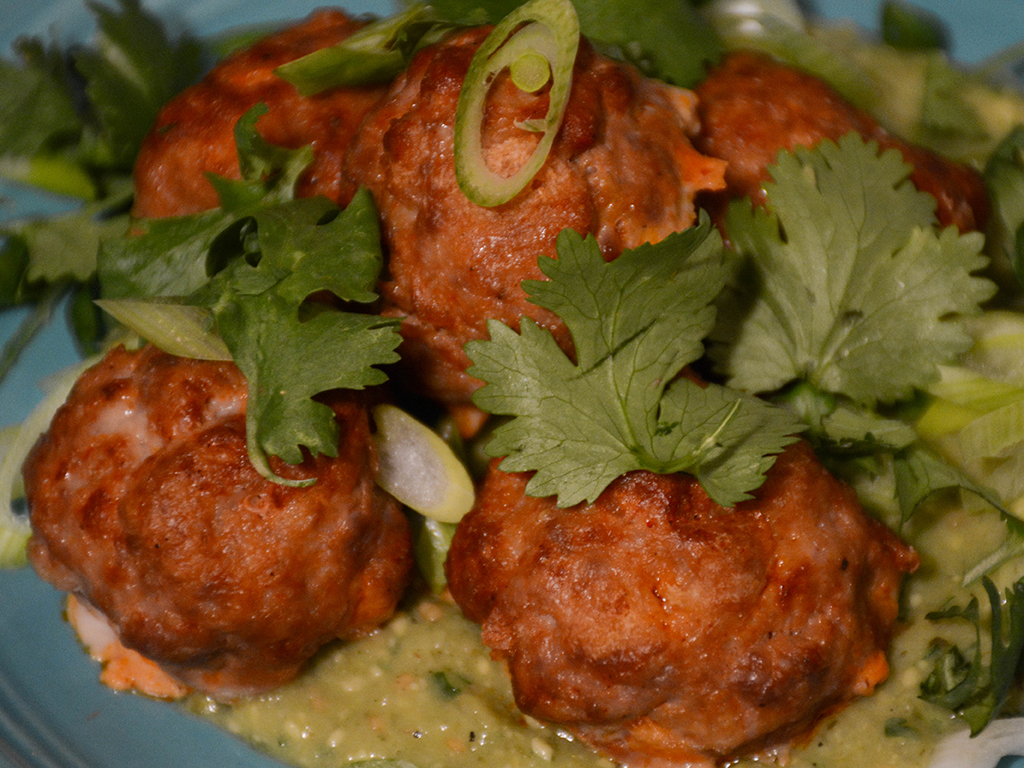 This dish will serve 4 to 5 people. If you somehow end up with extras, crumble the meatballs into some scrambled eggs and top with the sauce for a fantastic breakfast the next day.

In a medium bowl, combine beef, chorizo, egg, and a generous sprinkle of salt. Gently squeeze excess milk from bread, and add bread to the meat, leaving milk behind. Use hands to gently mix ingredients just to incorporate, being careful not to overmix. Form a quarter-sized patty from the mixture, and cook in a skillet. Taste, and adjust salt.

Roll mixture into 1½-inch balls, and place on prepared baking sheet, leaving some space between each. You should have around 20 meatballs. Bake until meatballs are golden on the outside and cooked through, 11 to 14 minutes, rotating pan halfway through.

Meanwhile, combine salsa, avocado, ¼ cup cilantro, and a generous sprinkle of salt in a food processor. Pulse to fully incorporate. Taste, and adjust seasoning. Serve sauce with meatballs, and garnish with green onions and additional cilantro.

See you back here next weekend.