7 Coffee Alternatives for Your Caffeine Fix

With a growing list of health and workout boosting benefits, it’s becoming harder and harder to knock coffee these days, but that doesn’t mean it’s for everyone. People often complain that coffee leaves them jittery, anxious, or with heart palpitations. Coffee is also acidic meaning it can aggravate stomach or digestive issues. Lastly, some people simply don’t like the taste. There is an increasing amount of viable caffeine alternatives — many of which might surprise you. Here’s a look at seven standouts. Note that if you avoid coffee for health reasons, you should consult with your physician before trying any of the below. 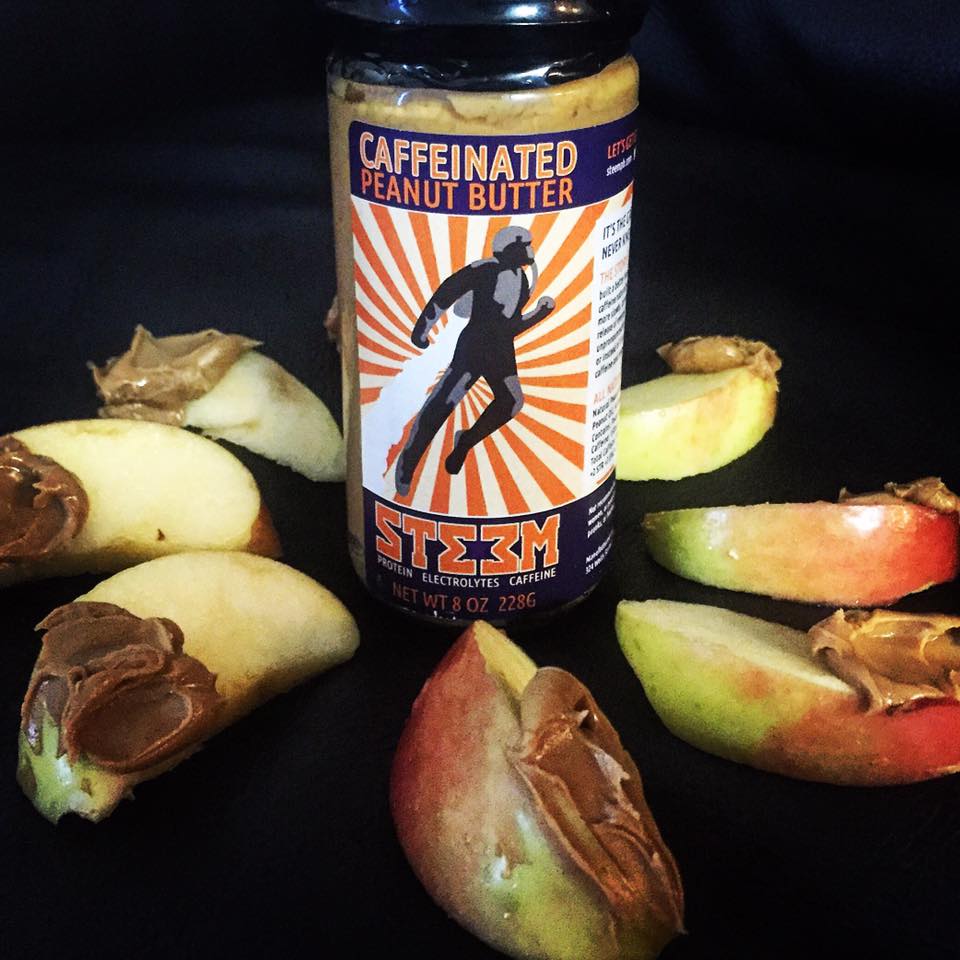 Steem is a caffeinated peanut butter designed to give you a sustained supply of energy without a crash — just make sure to consume it in moderation. A two tablespoon serving has 150 milligrams of caffeine, which is equivalent to how much you’d get in two espresso shots. Unlike with the espresso shots, however, your body takes a while to digest peanut butter (thank you, fiber!), making for a slower, steadier release of caffeine. 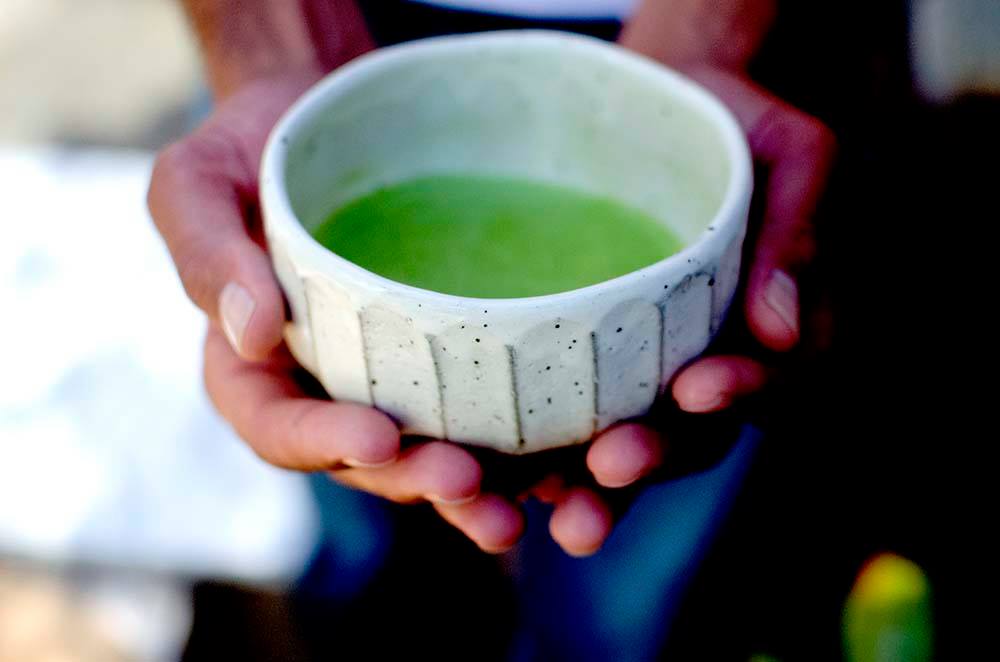 Matcha, a powdered green tea particularly high in antioxidants, contains roughly 25 milligrams of caffeine, which is about one-third the amount of caffeine that you’d get in a double espresso. “It’s easily tolerated by many people for whom coffee makes them jittery because all of the other components that make up matcha in effect slow down the release of caffeine into the body,” explains Breakaway Matcha founder chef Eric Gower. “It typically takes a good three to six hours for this minimal amount of caffeine to be absorbed into the bloodstream, and yet the wakefulness effects are apparent almost immediately upon drinking it.” 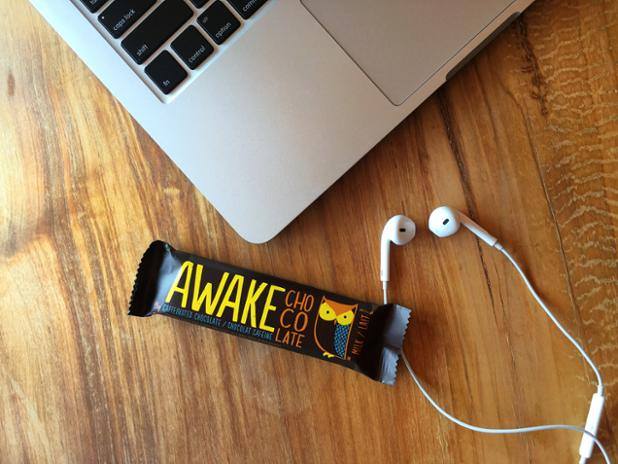 Chocolate is naturally caffeinated, but Awake Caffeinated Chocolate takes it up a notch. The brand makes milk chocolate bars formulated with the same amount of caffeine in a regular cup o’ Joe or 250-milliliter energy drink.

While Cracker Jack’D was launched by Frito-Lay, it’s not your 10 cent box of Cracker Jacks. Rather it’s a line of nut and cluster snacks where each 2-ounce serving comes with the caffeine equivalent of one espresso shot. Flavors include Berry Yogurt, Cheddar BBQ, PB & Chocolate, and Chocolate Caramel.

Each serving of Bang!! packs in about the equivalent of 12 ounces of coffee in terms of caffeine (125 milligrams) and it comes in four flavors: Peanut Butta, Heaps of Gold, Iced Latte-Da, and Cooky Mint. 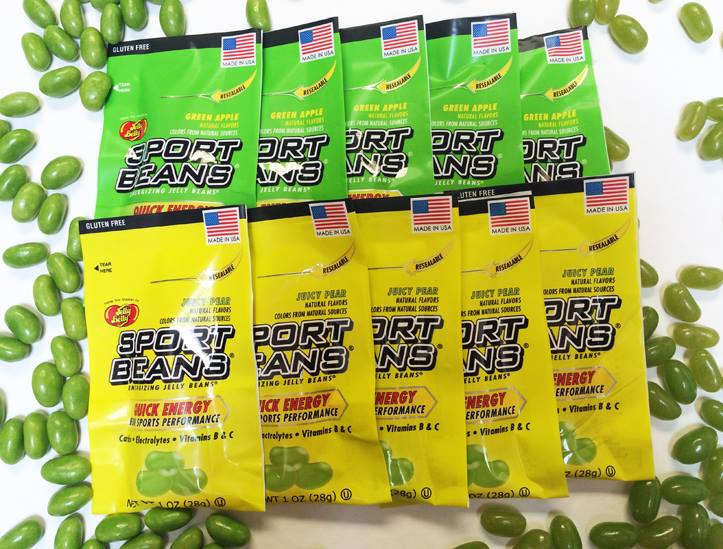 Designed to boost your athletic performance Jelly Belly recommends consuming its Extreme Sport Beans 30 minutes before you workout. Each 1-ounce package has 50 milligrams of caffeine (about half the amount in a 12-ounce cup of coffee), along with carbohydrates, electrolytes, and vitamins B and C. 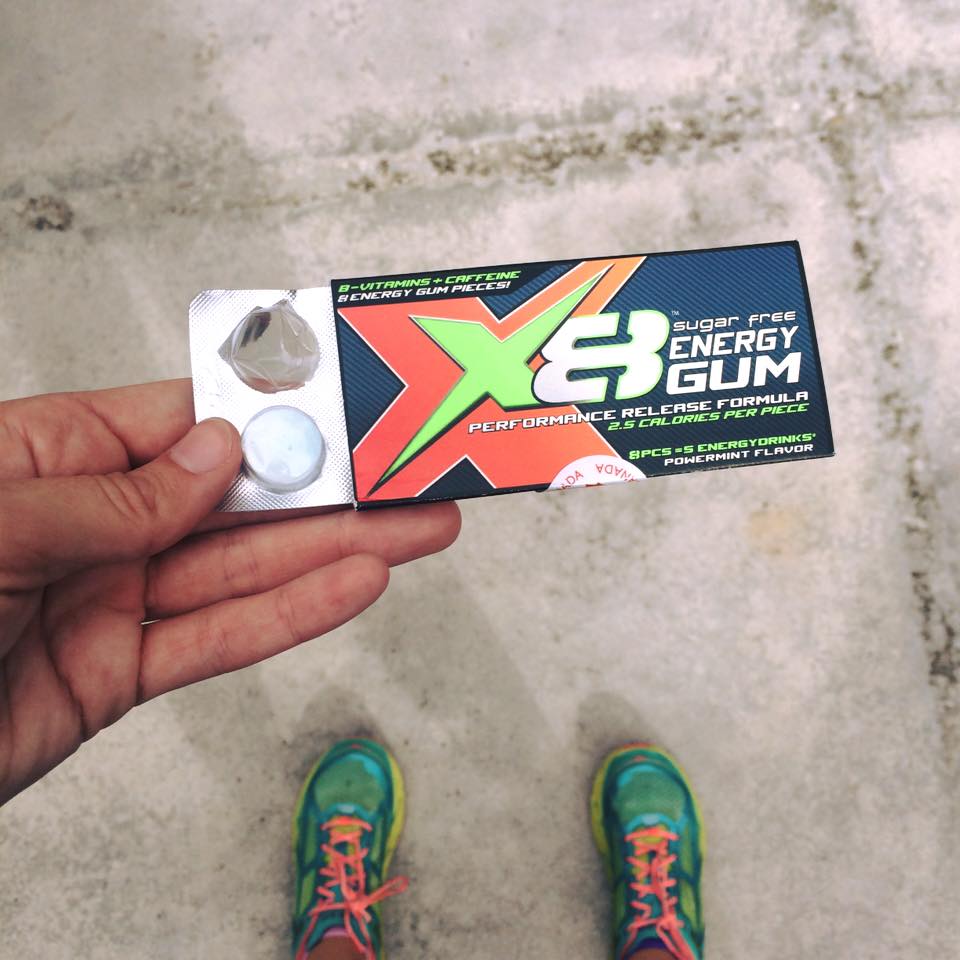 Marketed as a performance gum and sold at surf shops and other athletic outlets, each piece of X8 has 50 milligrams of caffeine. The brand claims it’s perfect before, during, or after your workout because it delivers energy faster than an energy drink would. The gum boasts an impressive 22 patents.