Coffee cake makes mornings just a little bit sweeter. This classic breakfast treat can usually be made with ingredients you already have in your pantry and is the perfect dish to serve on lazy weekend mornings when you have some extra time to spend baking. At least one of these six coffee cake recipes is sure to delight your taste buds, whether you’re looking for a quick-and-easy recipe or are ready to try something a bit more ambitious. 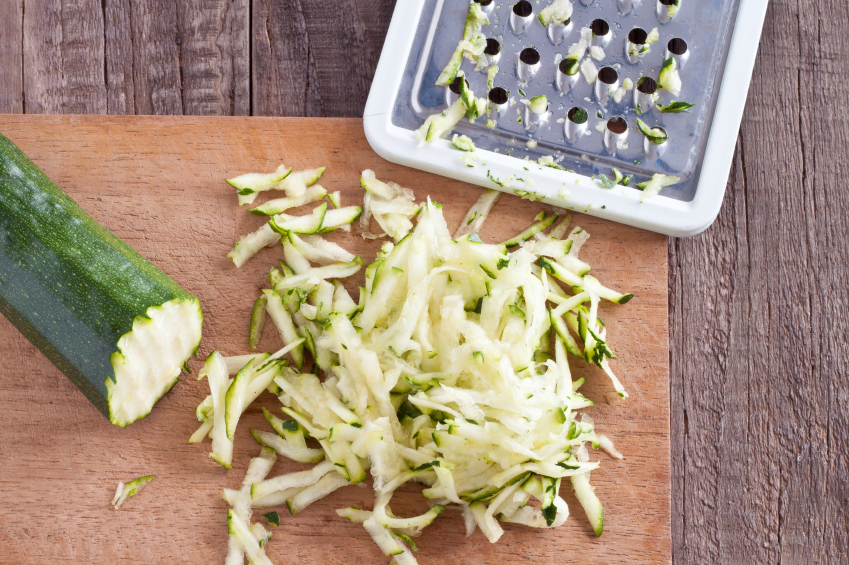 Coffee cake is a morning indulgence, but the addition of shredded zucchini makes this a slightly healthier treat. The cinnamon-sugar topping forms a crisp crust, while the cake underneath is moist and flavorful. Recipe from Pinch of Yum.

Squeeze or press the shredded zucchini to remove any excess moisture. Add all ingredients for the cake to a large bowl and mix until combined.

Add all the ingredients for the topping to a separate bowl and use your fingers to combine. Alternatively, process in a food processor until a crumbly mixture forms.

Bake for 45 minutes. Remove from oven, let cool, then serve. 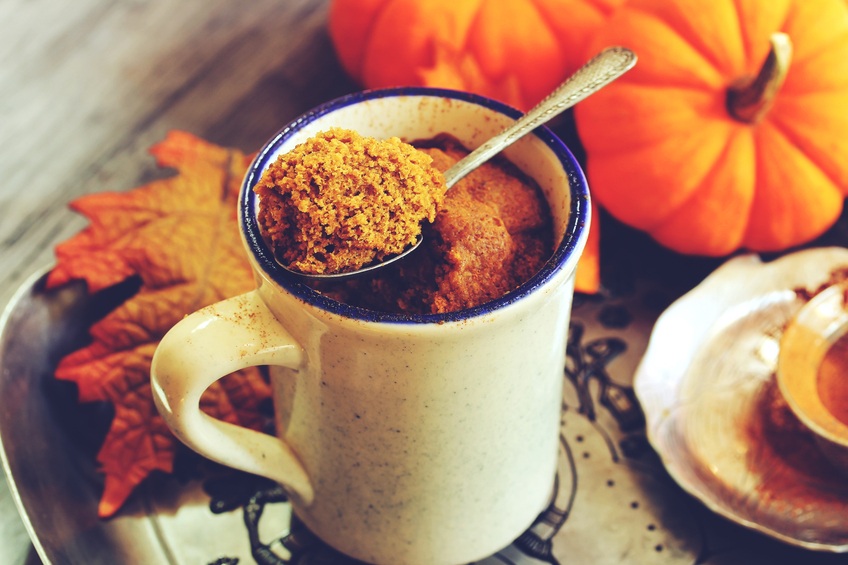 You don’t have to plan ahead to enjoy a tasty treat in the morning. This single-serve coffee cake cooks in just 1 minute in the microwave and tastes like something you’d order at your favorite coffee shop. It’s also vegan (if you make the no-egg version), gluten-free, and low-calorie. Recipe from The Big Man’s World.

For the streusel topping

In a separate bowl, add the almond extract, dairy-free milk, and egg white or flax egg. Whisk to combine. Then mix the wet ingredients into the dry ingredients until just combined.

To make the streusel topping, combine the almond flour, cinnamon, and palm sugar in a small bowl. Add the almond butter and mix until you have a crumbly mixture. If you like, add a small splash of dairy-free milk to the topping.

Grease a large mug or a deep bowl. Pour in the cake batter and microwave for between 50 seconds and 2 minutes. Begin checking for doneness after 50 seconds.

Carefully remove mug from microwave, top cake with the streusel, and serve. 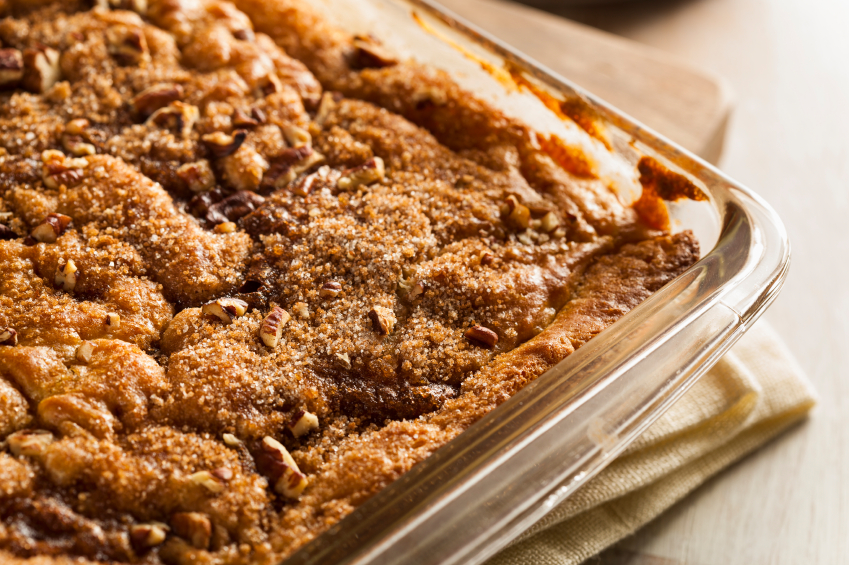 Cake and coffee is a great combination, so why not take it to the next level with coffee-flavored coffee cake? This breakfast cake — a caffeine-lover’s dream — is flavored with strong brewed coffee, cardamom, and cinnamon. Recipe from the Food Network’s Trisha Yearwood.

For the crumb topping

Directions: Preheat the oven to 350 degrees Fahrenheit. Spray and line with parchment a 9-by-9-inch baking pan; spray the parchment as well.

To make the crumb topping, mix the flour, brown sugar, cinnamon, instant coffee powder, and salt in a medium bowl. Add the melted butter and mix until crumbs form that you can clump together in your hand. Set aside.

In the bowl of an electric mixer fitted with the paddle attachment, beat the butter and sugar together until light and fluffy. Add the eggs, one at a time, mixing until each is well combined. Then add the vanilla extract and beat until the mixture is light and fluffy.

Starting and ending with the dry ingredients, alternate adding the flour mixture and the coffee mixture to the stand mixer; mix each addition well. Pour the batter into the prepared baking pan and top with crumb topping, spreading evenly. Bake for 45 minutes or until a toothpick comes out clean.

Remove the cake from the oven and allow to cool for 20 to 30 minutes before cutting and serving. 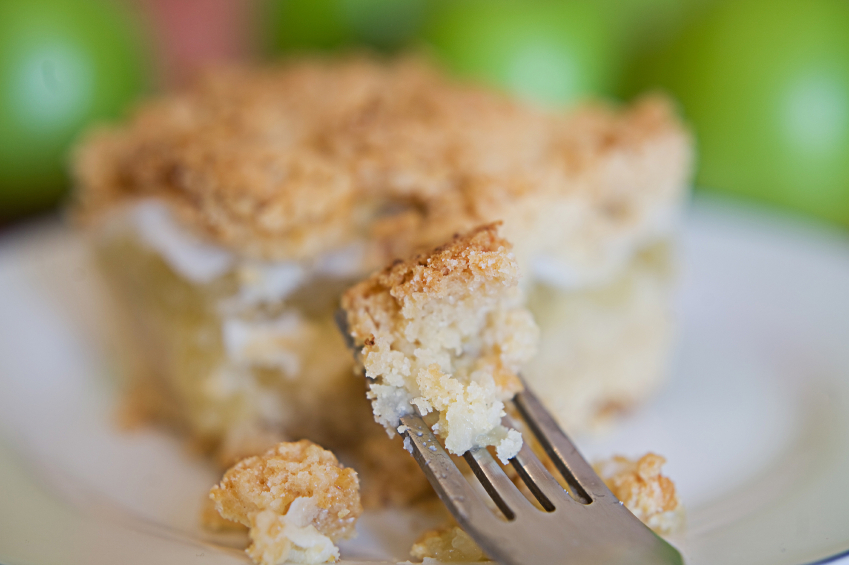 Crisp fall apples take a starring role in this coffee cake recipe from Yammie’s Noshery. The sweetened cream cheese filling is an extra bonus, as is the cinnamon-streusel topping. The result is a breakfast bite perfect for cool weekend mornings.

For the cream cheese filling

For the streusel topping

Add the butter and brown and white sugar to a bowl, then mix until fluffy. Add the egg, oil, and vanilla and mix until combined.

In a separate bowl, mix together the flour, baking soda, baking powder, salt, and cinnamon. Stir in the butter and sugar mixture until just combined. Mix in the chopped apples. Spread the batter into the prepared baking dish.

Combine the cream cheese, sugar, and vanilla in a bowl. Spread over the cake batter.

Combine all the ingredients for the streusel topping in a bowl. Use your hands to mix until well combined. Sprinkle over the cream cheese layer.

Bake in the oven for 45 minutes, or until the streusel topping is lightly browned. Let cool, then slice and serve. 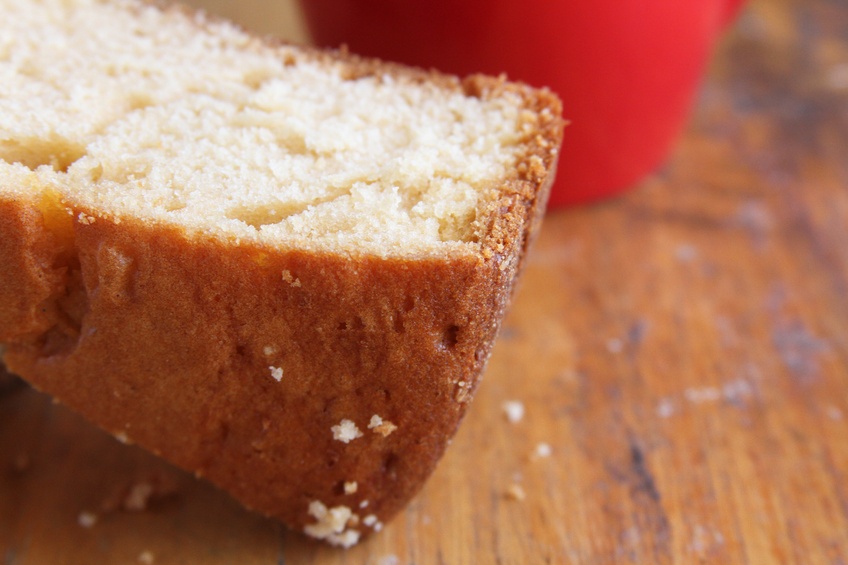 Lazy cooks don’t have to settle for store-bought breakfast pastries. This classic Bisquick coffee cake has just eight ingredients (four each for the cake and the topping) and is ridiculously easy to make. Recipe from Live Laugh Rowe.

Mix the Bisquick, water or milk, egg, and sugar in a bowl until well combined. Pour into the prepared baking pan.

In another bowl, mix together the Bisquick, brown sugar, cinnamon, and butter until you have a crumbly topping. Sprinkle over the cake batter.

Bake in the oven for 25 minutes. Remove from oven, let cool, then serve. 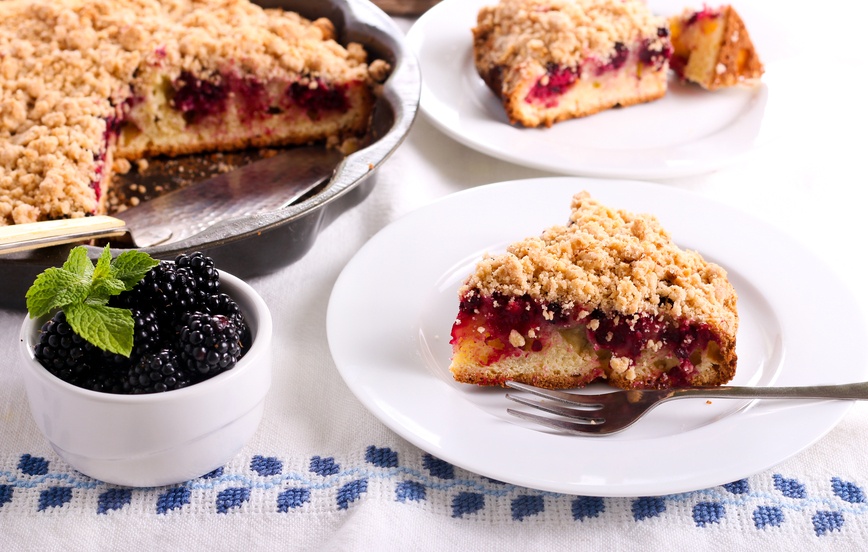 Raspberry jam is the surprise ingredient in this coffee cake recipe from Epicurious. Of course it has a cinnamon-sugar topping as well, resulting in a delicious cake that tastes far better than anything you’d pick up at the store. If you don’t have raspberry jam, feel free to substitute another kind of preserves.

Whisk together butter, milk, and egg in a large bowl, then whisk in flour mixture until just combined. Pour batter into cake pan. Dollop jam all over surface, then swirl into batter with spoon.

To make the crumb topping, whisk together butter, sugars, cinnamon, and salt until smooth. Stir in flour, then blend with your fingertips until incorporated. Sprinkle crumbs in large clumps over top of cake.

Bake cake until a wooden pick inserted in center comes out clean and sides begin to pull away from pan, about 25 minutes. Cool in pan on a rack 5 minutes.