It’s safe to say most of us enjoy a good plate of chicken wings. And because the protein is so versatile, your flavor options are nearly endless. So, why does anything outside the realm of a traditional hot wing end up slathered in a sickeningly sweet sauce? If you’re tired of chicken wings that taste like a cross between an appetizer and candy, our Thai-inspired wings are just what you need. 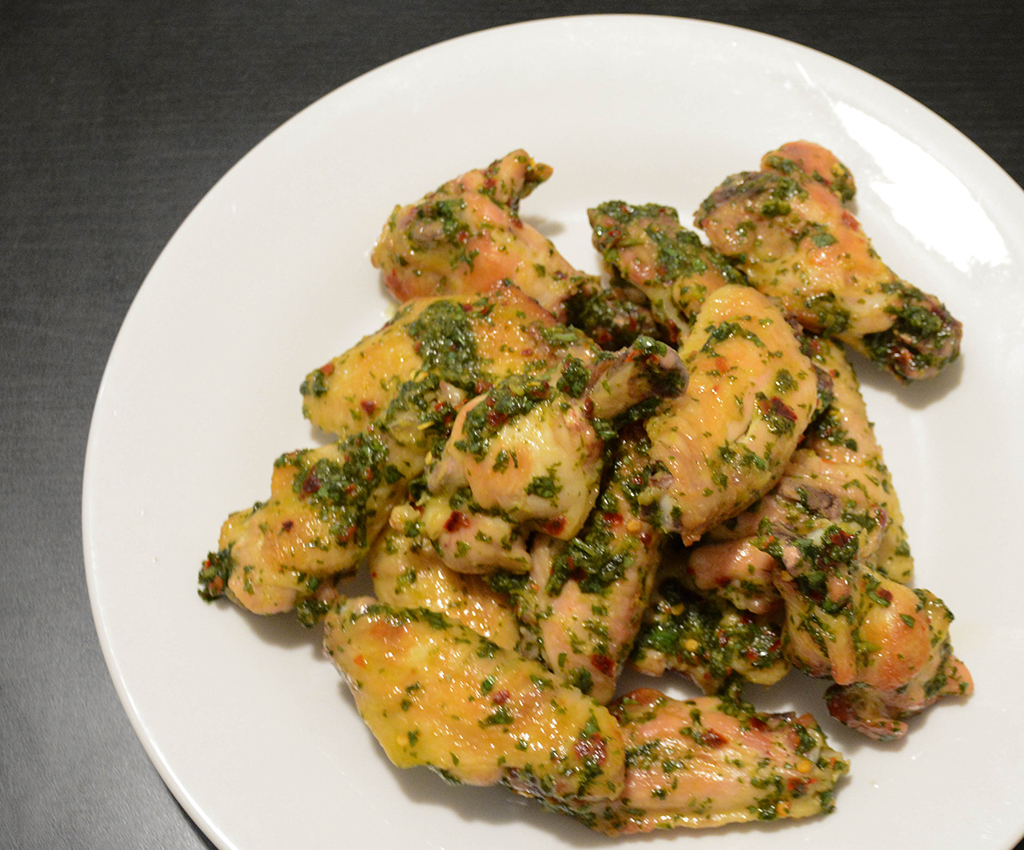 When it comes to balancing spicy, sour, sweet, and savory tastes, Thai food nails it every time. And because chicken wings benefit from bold flavors, they’re the perfect vehicle for a sauce inspired by the Southeast Asian cuisine. For this recipe, we used cilantro, lime juice, honey, chile flakes, ginger, and fish sauce to create a snack that hit all the right flavor notes without requiring you to visit every food market in town.

We also opted for a baked wing because, unless you have a restaurant-grade fryer in your kitchen, the traditional preparation is difficult to pull off at home. You have to fry the wings in small batches, then transfer each batch to the oven to stay warm while you fry the rest. If you have to turn on your oven anyways, you might as well make things a lot easier by using it for the entire cooking process.

While chicken wings have plenty of fat on their own, this method starts with a light toss in some canola oil just to make sure they don’t initially stick to the baking sheet. Pop them into a 400 degree oven and bake them for about 20 minutes. This allows the meat to cook through while giving the fat underneath the skin a chance to render.

Once the chicken is cooking, you have plenty of time to make the sauce. Just add the grated ginger, lime juice, honey, chile flakes, fish sauce, and remaining oil to a food processor and blitz it until the herbs are finely chopped. This amount of chile flake yields a sauce that’s spicy, but not out of control. Folks sensitive to spice might want to back it down to 1 teaspoon while heat seekers can increase it to a full tablespoon. Don’t like cilantro? Use a combination of mint and basil instead.

When the wings are fully cooked, switch the oven to the hottest broil setting. Give the wings another 2 to 3 minutes on each side to help brown and crisp the skin. And don’t fret too much about overcooking because wings are super forgiving thanks to a hefty amount of fat and skin.

Immediately transfer the wings to a bowl with the cilantro mixture and toss like crazy. These wings are best as soon as they’re sauced, so don’t bother with any fancy plating. Just set out a stack of napkins and get to work. 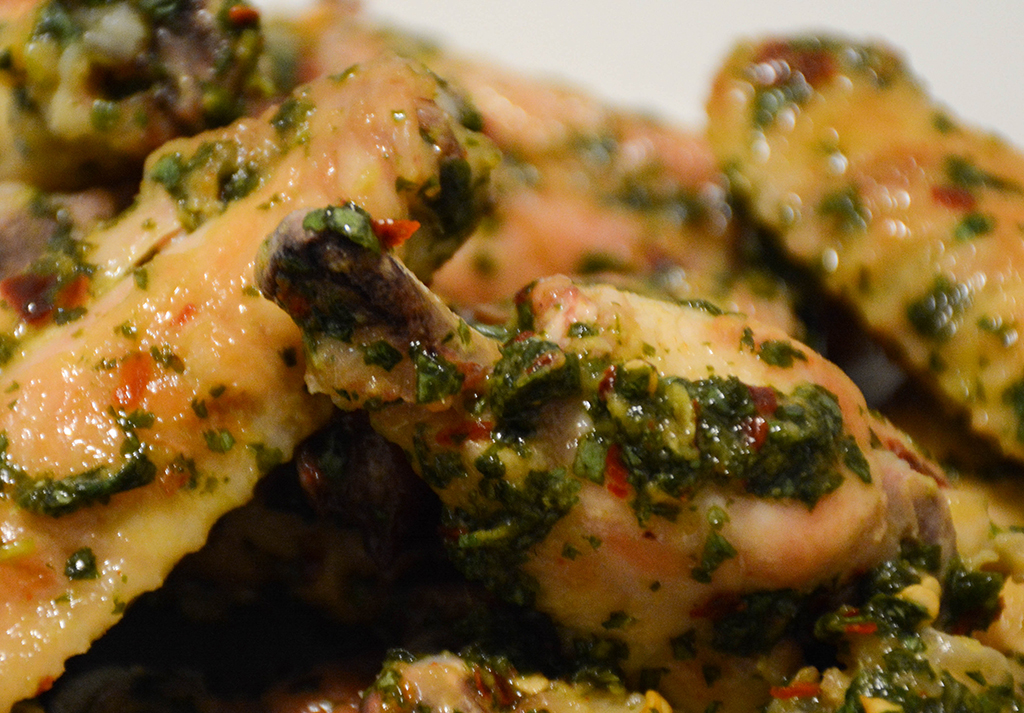 Now is the perfect time to pull out all those little packets of moist towelettes you’ve been stockpiling from years of takeout. Because they’re a bit on the messy side, you might want to dig in straight from the bowl. This recipe makes enough for 4.

Directions: Preheat oven to 400 degrees Fahrenheit. Toss wings with 2 tablespoons oil and season generously with salt. Arrange on a rimmed baking sheet and bake for 20 minutes. Switch to hottest broiler setting and broil wings until meat is fully cooked and skin is golden and crispy, flipping once, about 2 to 3 minutes per side.

Meanwhile, combine cilantro, remaining oil, ginger, lime juice, honey, chile flakes, and fish sauce in a food processor. Process until cilantro is finely chopped and sauce is well combined. Season with salt, if needed, and transfer to a large bowl.

Add finished wings to bowl with cilantro sauce and toss to coat. Serve at once.