A new vegetable takes over as the most popular produce every year. We’ve seen it with kale, Brussels sprouts, and cauliflower. For some reason, cabbage has never won the top spot. It’s a mistake to think the lack of buzz is due to substandard nutritional value since cabbage is brimming with fiber, vitamins, and is only 20 calories per cooked portion.

Cabbage also boasts a versatility most veggies can’t match, making it easy to incorporate into just about any meal. When treated with a bit of love, this vegetable is pretty tasty. These five recipes will help you get started. 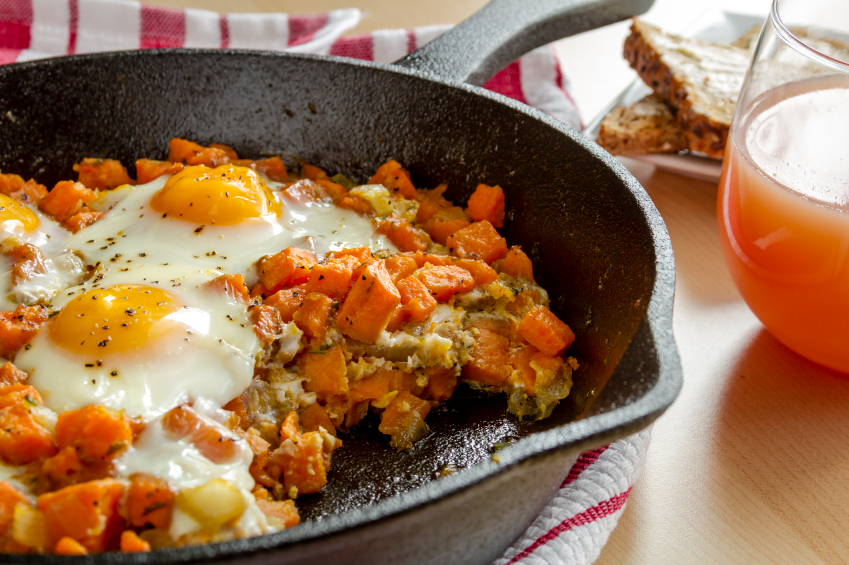 A heap of corned beef hash with eggs isn’t always the best breakfast choice. It’s so loaded with fat and salty meat that you’re more likely to hop back into bed than get going for the day. Transform the dish into something more energizing and just as delicious with Waitrose’s hash with sweet potatoes, cabbage, and eggs. Best of all, you only need six ingredients to make this breakfast.

Most people hold off on eating veggies until later in the day, but including them in your breakfast is actually pretty smart since most of us don’t come close to getting enough fiber. One 2012 study indicated most Americans fall short of the minimum daily recommendation by almost 10 grams. Since both sweet potatoes and cabbage are loaded with the nutrient, this breakfast is a complete winner.

Directions: Cook sweet potatoes in a pot of boiling water until almost tender, about 10 minutes. Remove with a slotted spoon and let cool. Add cabbage to water and cook for 2 minutes, then drain.

Cut potatoes into small cubes and mix in a bowl with the cabbage, soy sauce, and season with salt.

Heat oil in a large skillet set over medium-high heat. Add onion and cook for 1 to 2 minutes. Add sweet potatoes and cabbage and cook for a few minutes, just to heat through. Make four indentations in the mixture. Crack an egg into each indentation, cover with a lid and continue to cook until eggs are set, about 8 to 10 minutes. Serve. 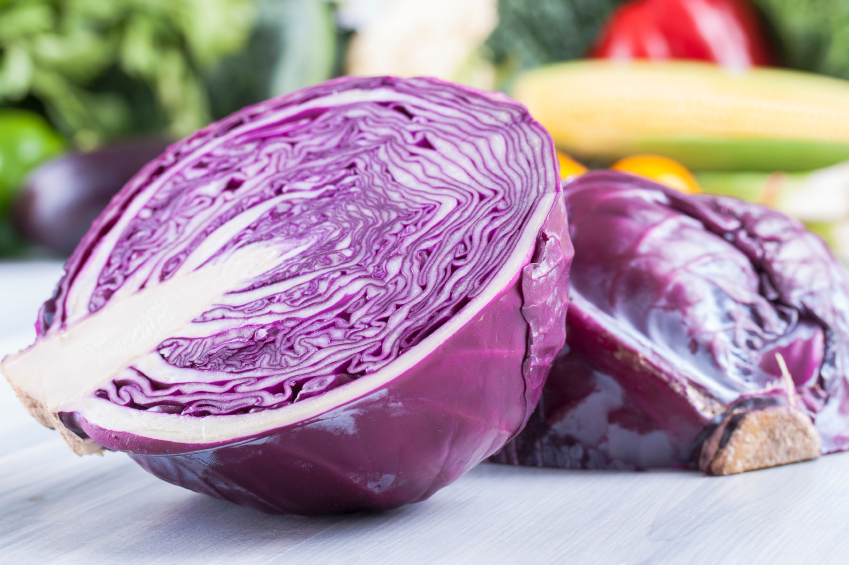 Most people think to serve cabbage raw or slowly braise it on the stove. There’s nothing wrong with either of these methods, but relying on the same two preparations gets old fast. Try something totally new with The New York Times’ pan-seared cabbage. This preparation creates the same sort of flavor you get with roasted Brussels sprouts, but it also lets the cabbage retain a bit more texture.

Although this recipe will taste good with any type of cabbage, choosing red every now and then is a great idea. The color of the veggie indicates high levels of anthocyanins, potent flavonoids that may help fight cancer. One study from the Journal of Agricultural and Food Chemistry found this red cabbage contains 36 different types of anthocyanins and subjects who ate the largest portions were capable of absorbing the highest levels of these nutrients.

Directions: Heat oil over medium-high heat in a heavy cast-iron or nonstick skillet. When very hot, fit as many cabbage wedges into pan as possible, keeping cabbage in a single layer. Work in batches, if needed. Cook for 3 to 5 minutes, or until golden brown on one side. Turn cabbage with tongs and cook on other side until tender, browned, and crisp around edges, about 5 minutes longer. Season generously with salt and pepper. Serve. 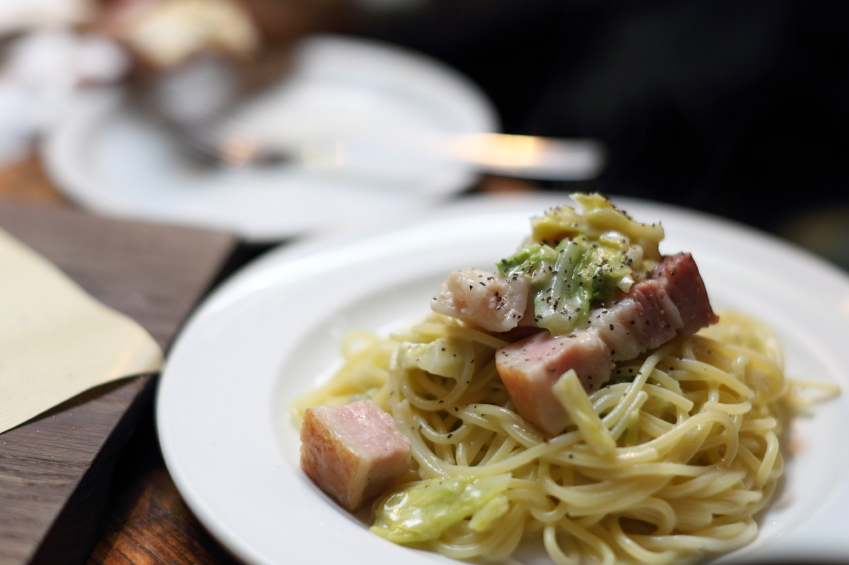 Pasta does healthy as well as any other meal when you opt for whole-wheat noodles and add plenty of produce. This cabbage pasta from The Washington Post is a great example. It’s also super flavorful thanks to the addition of mushrooms, caraway seeds, and a type of cured pork jowl called guanciale. If you can’t find this specialty meat, pancetta or bacon make a fine substitute.

In addition to pleasing your palate, this dish could also offer some protective benefits for your brain. Research published in the British Journal of Nutrition found high consumption of certain fruits and vegetables, including cabbage, may help combat cognitive decline later in life.

Directions: Bring a large pot of salted water to a boil. Cook pasta according to package directions. Meanwhile, cut guanciale or pancetta into ¼-inch cubes. Clean mushrooms and break into pieces.

Heat oil in a large skillet set over high heat. When shimmering, add guanciale and cook for about 2 minutes, stirring, until fat has rendered and meat begins to crisp. Add mushrooms and caraway seeds. Cook for 8 to 10 minutes, stirring often, until mushrooms release moisture and become brown and tender.

While mushrooms cook, core and cut cabbage into thin slices. Add cabbage to cooked mushroom mixture along with water and pepper. You may need to add cabbage in batches, depending on how deep the skillet is. Use tongs to turn until cabbage wilts.

Use tongs to transfer pasta to skillet, shaking off water. Mix well and remove from heat. Divide pasta among bowls or plates, sprinkle with cheese, and serve. 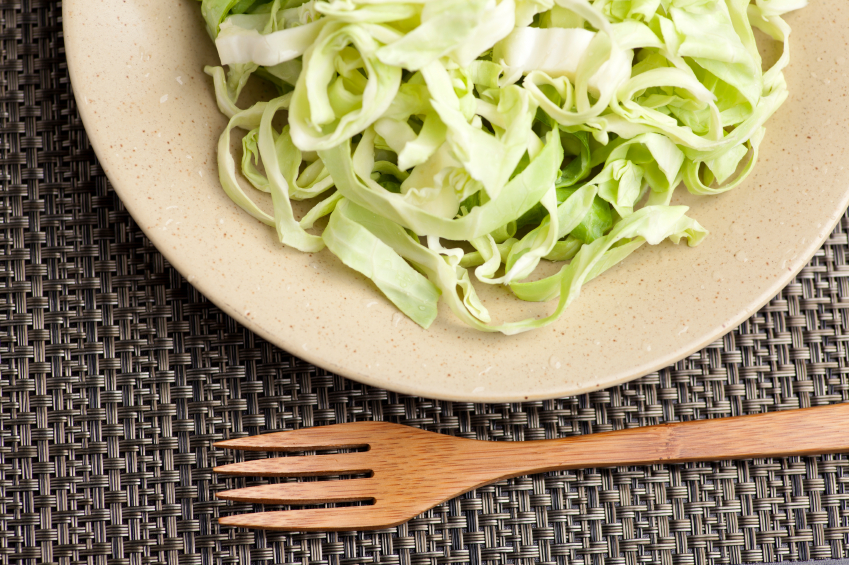 You don’t have to turn cabbage into a mayo-laden slaw to enjoy it raw. Try Fine Cooking’s cabbage salad with a vibrant mustard dressing to see for yourself. The flavors are sweet and savory, plus you get just enough bite from some watercress. The pecans add even more depth and a great crunch. Pair this salad with some pork chops for a fast and delicious dinner.

Perhaps the most obvious reason to choose cabbage over other greens is the price point. Though it boasts many of the same nutrients as similar veggies, it costs significantly less. A recent report from the USDA listed the average cost of green cabbage at $0.57 per pound. And since it stores so well, you don’t need to feel obligated to use the whole head immediately.

Combine cabbage, apple, fennel, and watercress in a large serving bowl. Just before serving, toss with dressing. Season with salt and pepper, sprinkle with pecans, and serve. 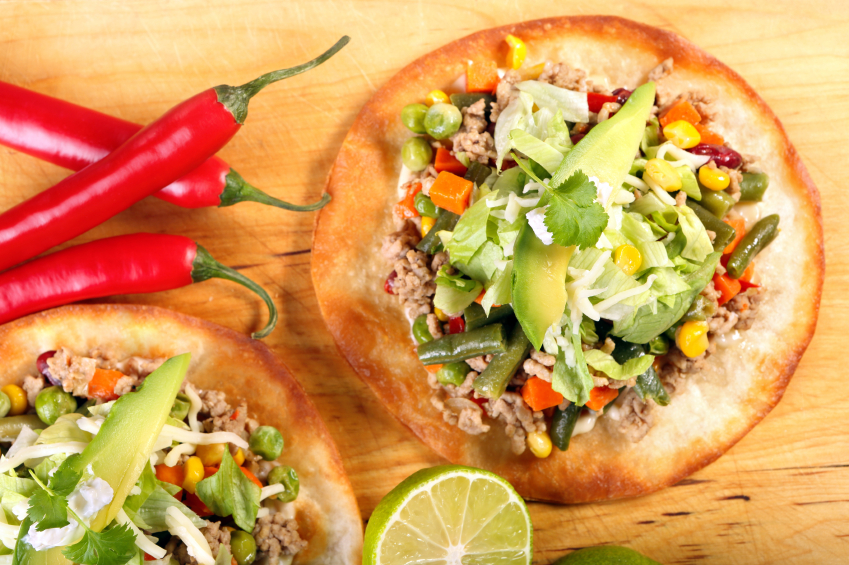 Topping tacos with some sort of slaw is pretty standard. While not exactly difficult, it’s an extra step that dirties more dishes. Martha Stewart Living’s Beef and Cabbage Tacos shorten the cook time by tossing the veggie right in with the meat. Then all you have to do is assemble the tacos with your favorite toppings. To make the meal even healthier, use 90% lean ground beef and Greek yogurt instead of sour cream.

Making these tacos after a tough workout is an especially smart choice. Both beef and cabbage deliver a good dose of glutamine, a type of amino acid. According to Men’s Fitness, glutamine can help halt tissue breakdown and stimulate new muscle growth.