Cooking Myths That Are Completely Bogus

Cooking dinner at the end of the day used to be a given. Now, sitting down at a restaurant is becoming the norm. In April 2015, Bloomberg Business reported sales at bars and restaurants exceeded grocery stores for the first time in history. One quick glance at the accompanying graph shows it’s been coming for a long time, and the trend is unlikely to reverse any time soon.

Even when folks stay home to enjoy a meal, it often isn’t something they prepared themselves. According to The Washington Post, less than 60% of meals consumed at home are actually cooked in the kitchen. Some say it takes too long. Some say they hate cleaning up afterwards. Still others are intimidated by their lack of skills. A wealth of misinformation makes matters even worse. Someone who doesn’t spend much time in front of the stove isn’t likely to start doing it more often if they stick to a set of rules that lead to fussy methods or bad food.

In an effort to eliminate pointless practices and improve your time in the kitchen, we’re busting seven of the most common cooking myths. Without these silly rules in your way, whipping up a meal could start to be a lot less of a chore.

1. Searing meat locks in the juices 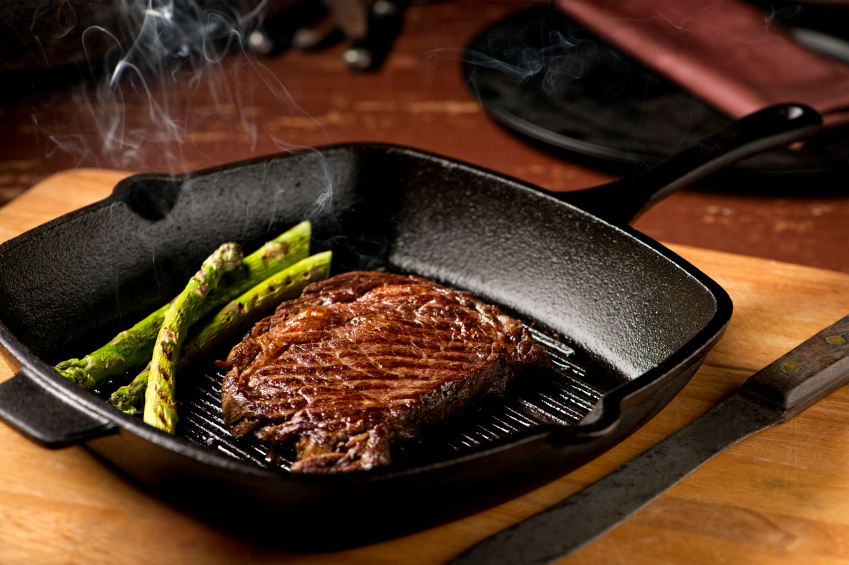 Every meat-loving man has heard this rule before. You’ve probably even heard some qualified chefs spout this saying as they char a steak over the grill. In reality, searing may actually make your final product a bit drier than if you simply roast. Serious Eats has conducted numerous experiments on this myth, each with similar findings. One involved comparing a roasted prime rib to one that was seared before roasting and found the one that got the stove treatment first lost 1.68% more juice.

Browning isn’t all bad, though. Taking the time to get a little bit of a crust on your steaks and braised meats does wonders for flavor thanks to the Maillard reaction. This browning process creates tons of complex molecules as the food cooks, which results in the aroma and taste we associate with roasted foods. In simple terms, brown equals flavor. Still, it won’t prevent a piece of meat from drying out when overcooked. Invest in an instant-read thermometer to make sure you don’t take things too far.

2. Cooking gets rid of all the alcohol 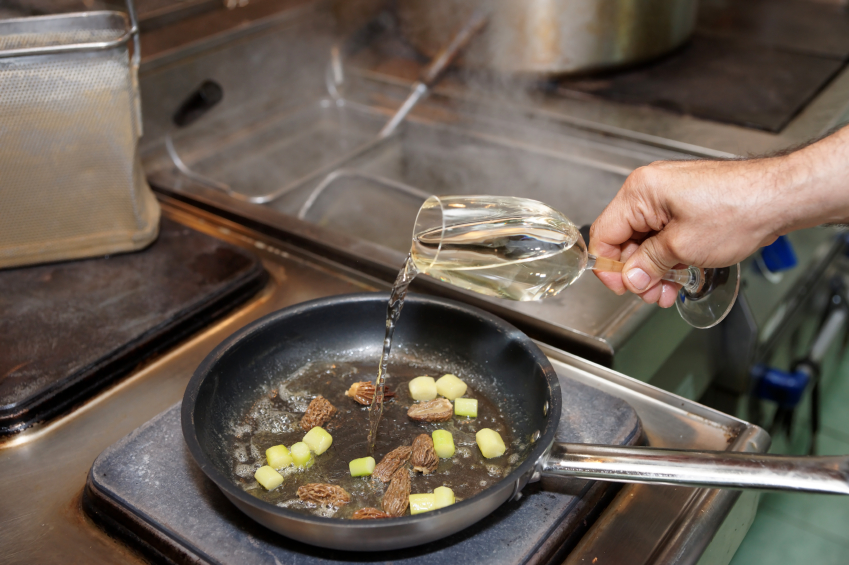 No one eats chicken Marsala as a strategy to get wasted, but it’s a definite a possibility if you manage to eat enough of the spiked mushroom sauce. To prove the point, Graham Lawton, deputy editor of New Scientist, recorded his blood alcohol level as he ate a meal that contained some sort of booze in every preparation without drinking any additional alongside. You can see a video of the experiment, which shows that he does indeed end up far too intoxicated to drive.

The exact preparation makes quite a bit of difference in just how much alcohol will remain in the food. The longer the cooking time, the less alcohol will remain. The USDA crafted a chart to show what you’ll be left with for various methods. Even after two and a half hours, 5% of the alcohol remains. And if you’re going for a quick pan sauce, as much as 85% will be retained. Just something to keep in mind if you’re having a few glasses of wine with your meal. 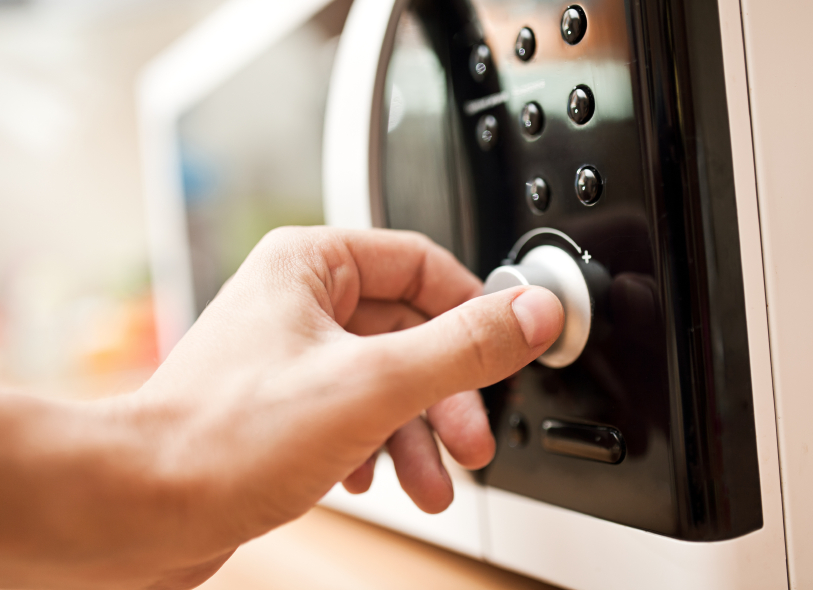 That we use the word “nuke” to describe cooking in the microwave probably helped with spreading this myth. While it’s true heating in a microwave can eliminate some nutrients found in foods, so does every other type of cooking method. If retaining vitamins is your biggest priority, you might want to give this counter-top cooker another look. CNN explained shorter methods do the least damage, and microwaves are designed to work fast. The article said the key is to use as little liquid as possible while heating. You can do this either in the microwave or a steamer setup on the stove.

Also, some breakdown can actually be good. Tomatoes, carrots, and cabbage are among vegetables that actually provide your body with more antioxidants after cooking than they do when consumed raw. 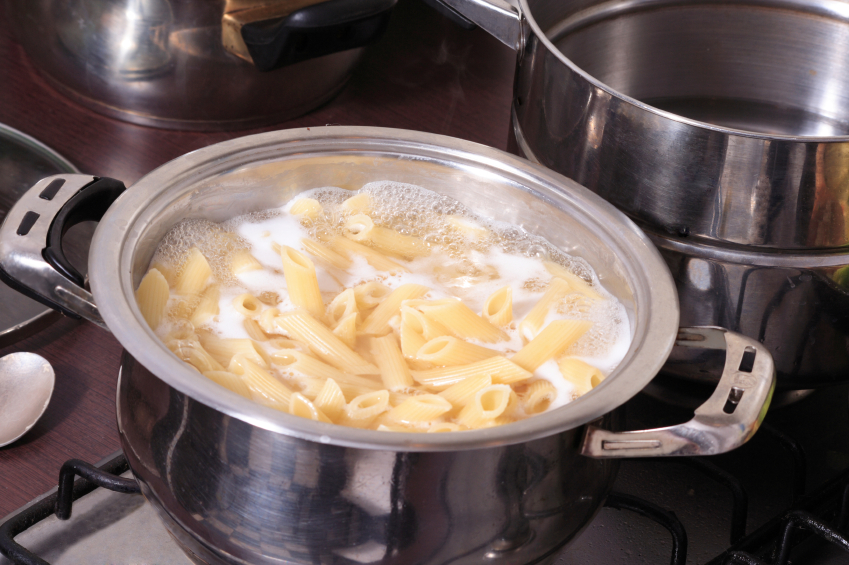 Everyone learns water and oil don’t mix sometime during elementary school, often with a fun experiment and colored liquids. This doesn’t change simply because the water is boiling. AskMen explained adding oil to pasta water will do nothing for the noodles because it simply floats to the top of the pot. To keep noodles from forming a clump, just stir the pot every now and then.

Even after the pasta is cooked, you want to avoid slathering it with oil. Doing so means the sauce will slide right off the noodles. Many classic Italian preparations call for adding a little bit of the starchy cooking liquid as you toss the pasta with the sauce to help create a cohesive dish. 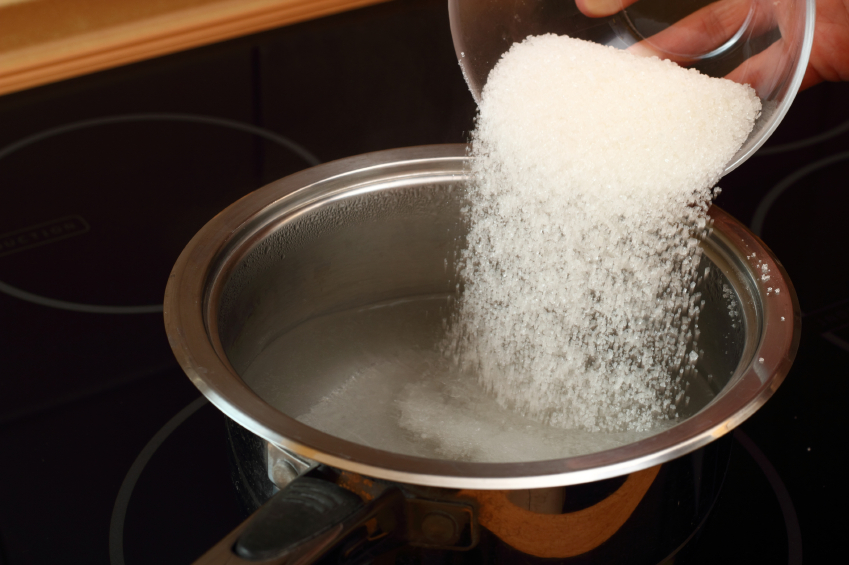 Many cooks swear adding a pinch of salt to a pot on the stove makes it start to bubble just a bit sooner. No offense to anyone’s grandmother, but it just doesn’t work that way. This myth is so far from true, it’s actually backward. According to The Daily Meal, adding salt to a pot of water actually increases the boiling point, which means it actually takes longer to start bubbling than if you had just left the water alone. The change is so marginal, though, you really won’t notice a difference. Seasoning the water will help flavor your food, but the benefits end there.

6. Adding a potato can save salty soups and sauces 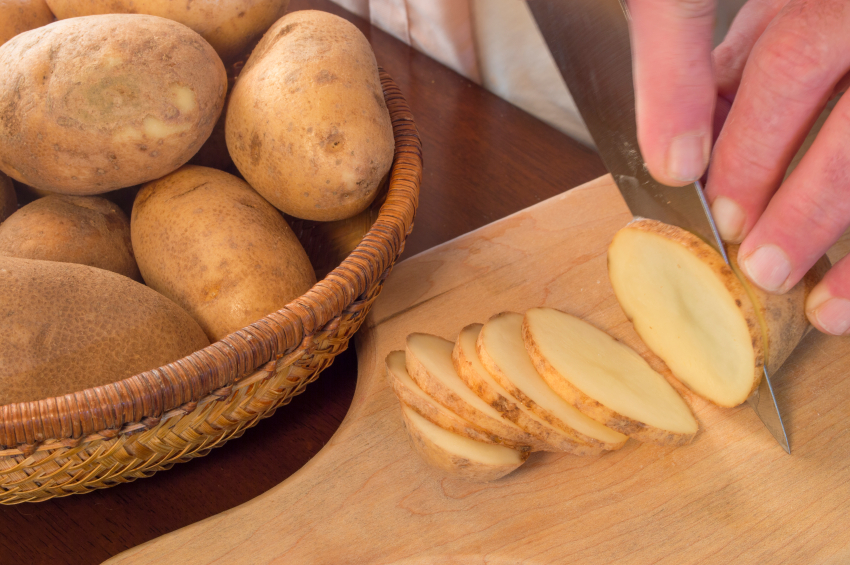 The only thing worse than a bland pot of soup is one that’s completely overwhelmed with salt. Though many people claim adding a potato to the pot will suck the salt out, all you really end up with is salty potato soup. Adding some spuds to the pot will suck up some of the liquid, and thus the salt, but they don’t specifically attract salt. If you find yourself in this pickle, bulk up the amount you’re making with more unseasoned liquid and some additional ingredients. You’ll end up with plenty of leftovers to store in your freezer, so it’s not all that bad of a mistake.

7. Eggs have to be room temperature for baking 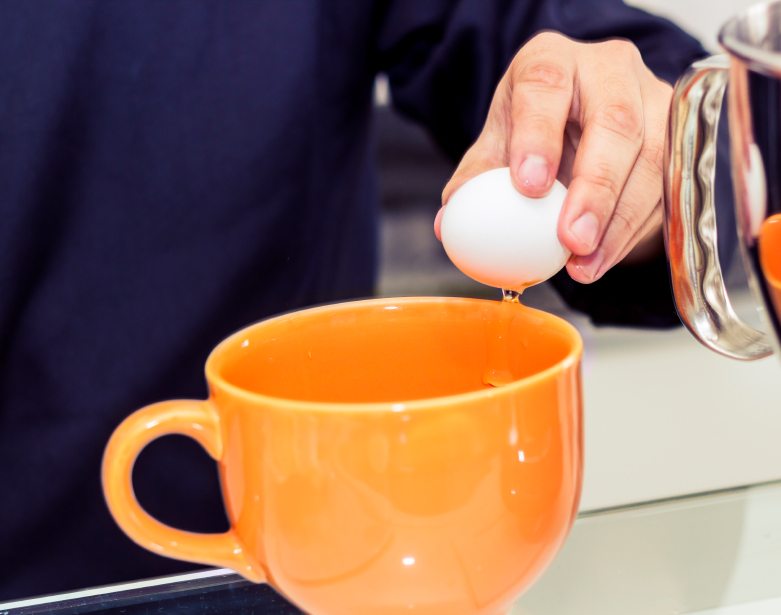 A craving for baked goods is usually pretty immediate, so it’s a bummer when the recipe calls for room temperature eggs. No one should have to sit around when they want cake, and it turns out you really don’t have to. Christopher Kimball of America’s Test Kitchen told NPR cold eggs work just fine in baked goods, so there’s no need to wait. The only exception is cakes involving whipped whites because warmer ones come out fluffier. Unless you’re making an angel food cake or a soufflé, fridge to bowl is perfectly fine.