President Donald Trump has already made it clear he doesn’t welcome visitors from certain countries to the United States. But how does he feel about United States citizens traveling abroad?

Although Trump hasn’t declared places, such as Iraq, Iran, and Libya off-limits to Americans, the U.S. Department of State does strongly discourage people from traveling to these countries, along with 38 others around the world.

How does a country end up on the travel warnings list? It’s not because of the way the president feels about them. Rather, according to the State Department, they issue a warning because of factors, such as an “unstable government, civil war, ongoing intense crime or violence, or frequent terrorist attacks.”

Some of the places the U.S. government is concerned about should be avoided for obvious reasons. Countries, such as Syria and Yemen, are unstable and violent, and the people traveling abroad there are most likely to be relief workers or journalists who understand the risks involved. In some cases, the warnings are restricted to certain parts of a country, such as Israel’s Gaza Strip or certain regions of Mexico. The U.S. doesn’t have diplomatic relations with North Korea, which means if you go there and are detained — which has happened to at least 14 Americans in the past 10 years — you can’t rely on the U.S. embassy to rescue you.

Of course, few people are planning vacations to North Korea or Syria right now, but there are other countries that shouldn’t be on your bucket list. We’ve compiled a list of 10 countries the U.S. government deems unsafe for traveling abroad.

Honduras has beautiful beaches and stunning Mayan ruins, but it also has a big problem with crime. Although Lonely Planet insists that the Central American country is “back open for business,” the State Department isn’t so sure. The travel warning was updated just days into Trump’s presidency, which urges U.S. citizens to avoid Gracias a Dios in the eastern part of the country, as well as the urban areas of San Pedro Sula, Tegucigalpa, and La Ceiba. But the island of Roatan, a popular cruise-ship destination, is no longer mentioned in the travel warning.

El Salvador (Honduras’s neighbor to the west) has some of the best surfing spots in the world. Unfortunately, it’s also on the travel warnings list because of its high crime rate. Although most of the violence occurs between rival gangs, tourists risk “being caught in the wrong place at the wrong time,” the State Department warns. If you plan to visit one of the country’s national parks, make sure you hire a guide certified by the local or national tourist authority to reduce the risk of armed robbery.

Violence, political unrest, and an economic crisis in Venezuela have severely curtailed U.S. tourism to the South American country. Americans now need a visa to visit, but even if you get one, the State Department discourages travel because of “violent crime, social unrest, and pervasive food and medicine shortages.” The government also warns that U.S. citizens could be arrested and detained even if there’s no evidence they’ve committed a crime. And they might also be denied access to consular services. 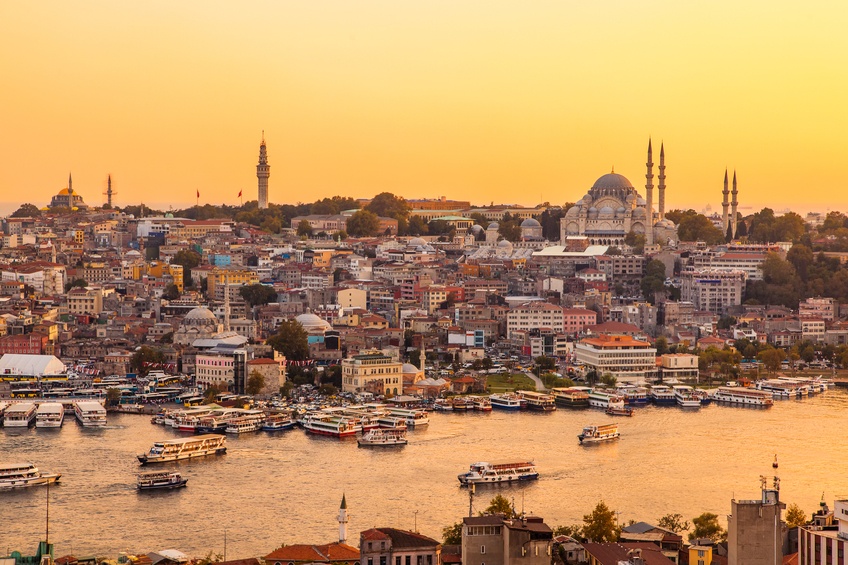 Turkey — home to ancient ruins and iconic sites, such as the Hagia Sophia — is one of the most popular tourist destinations in the world, according to World Atlas. But the threat of terrorism makes it a risky place to visit. Shootings and suicide bombings have occurred in areas often visited by tourists (such as an attack on an Istanbul nightclub on New Year’s Eve), with U.S. tourists being specifically targeted. Southeast Turkey, near the border of Syria and Iraq, is also unsafe.

A Kenyan tourist takes a photo of a giraffe. | Simon Maina/AFP/Getty Images

The State Department suggests thinking carefully before planning your trip to Kenya. The border between Kenya and Somalia should be avoided because of threats from terrorist groups. Certain neighborhoods in Mombasa and Nairobi are also unsafe. But you might still be able to take your safari vacation. The United Kingdom’s government has issued a similar travel warning. But it notes that it does not include popular national parks and reserves, including Masai Mara and Tsavo.

The ancient city of Petra in Jordan is on many travelers’ bucket lists. But terrorism throughout the country could endanger tourists, according to the State Department. In December 2016, a Canadian tourist was killed during a shootout near a popular tourist site in al-Karak. However, some argue the country isn’t as unsafe as people believe and that a steep drop-off in tourism in the past few years means now is the perfect time to visit normally crowded areas.

Egypt is another country full of ancient wonders that’s landed on the U.S. list of countries to avoid. Terrorism is a threat throughout the country, with extremists targeting tourist sites and public spaces in recent years. However, the warning notes there’s a strong security presence near major tourist destinations, such as Luxor and the Nile Valley.

The U.S. is the second-biggest source of visitors to the Philippines, but tourists should use caution when visiting certain parts of the country. The Sulu Archipelago and the island of Mindanao should be avoided because of terrorist threats and the risk of kidnapping. The country is also in the midst of an intense drug war. Although that’s not the reason for the State Department warning, experts say concerns about violence could cause more travelers to shun the country.

Ethiopia is home to nine UNESCO World Heritage Sites, including the rock-hewn churches in Lalibela, which are carved out of giant chunks of stone. That’s one reason that the European Council on Tourism and Trade named it the best country to visit in 2015.

But the U.S. government advises tourists to be very cautious when visiting the East African country. Civil unrest and anti-government protests are a concern. Cell service could be shut down without warning. And consular services in more remote parts of the country could be limited. In addition, a recent government decree permits “the arrest of individuals without a court order for activities they may otherwise consider routine, such as communication, consumption of media, attending gatherings, engaging with certain foreign governments or organizations, and violating curfews.”

The State Department issued an updated travel warning for Nigeria on February 8, 2017. People are encouraged to avoid the northeast part of the country because of the risk of attacks by the terrorist group Boko Haram. U.S. visitors are also advised to use “extreme caution” in other parts of the country — especially in hotels, restaurants, bars, and places of worship — because of the risk of violence.