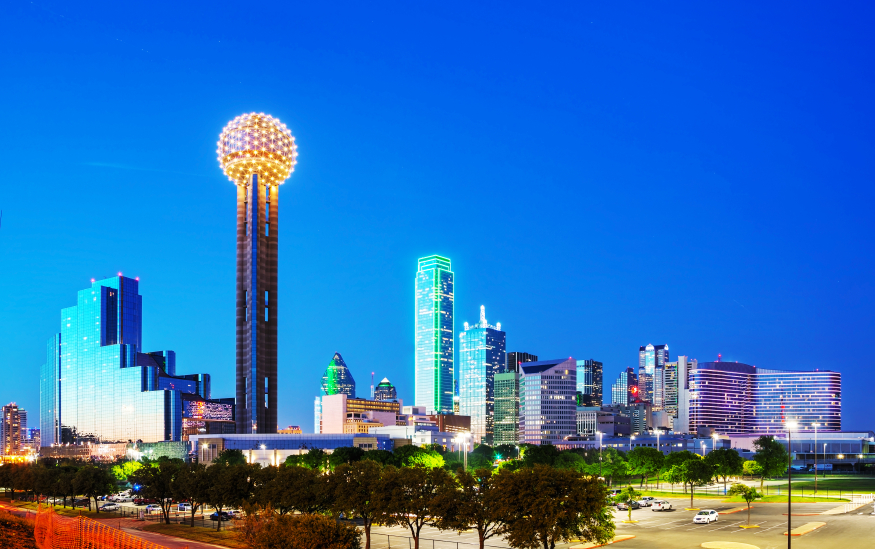 Of all the costs involved with making a living, finding affordable housing can be one of the toughest obstacles. You might be ready to move out of your childhood room in your parent’s house that’s still littered with baseball posters or floral wallpaper, but it doesn’t mean it’s an easy leap into homeownership. Across the country, people are turning to non-traditional housing situations — sometimes to keep costs low, and other times for completely different reasons. In those situations, online boards like Craigslist come into play.

Craigslist is home to all sorts of posts about skunk pelt purses for sale, weird job postings, and the occasional car or home for sale. In an age where it’s acceptable to go on dates after meeting online, Craigslist is also a place to find and vet would-be roommates. In some cases, these ads tell of a frugal person looking to save money on rent — or even hotel costs. Other times, it’s clear the posters are looking for something…more. For some perfect examples, look no further than the posts found on Craigslist Dallas.

Dallas, Texas and its nearby suburbs are the perfect example of a city expanding and driving up rental costs along the way. Home prices are rising, sometimes making it a better idea to rent instead of buy real estate. However, the competitive rental market has also caused apartment prices to skyrocket, with prices increasing 14% in one year alone. While this is great for landlords, it’s not so spectacular for people seeking an affordable place to stay.

With that in mind, adventurous people (some might call them risk-takers) might find a few options in the “rooms & shares” section of Craigslist. However, plenty of the posts are odd enough to warrant a second look — and likely a full-scale vetting — before agreeing to any co-dwelling situation.

1. Renter “opening up family to stranger on Craigslist”

In terms of honesty, at least this poster realizes the fact that they’re allowing a complete stranger to move into their home and “rent” a 150-square-foot bedroom for free. Or is it $50? The post is a little unclear on how much will actually be charged, but leaves no doubt about the lack of a closed-door policy. “If you have privacy issues or just want to be left alone, you can skip this post,” the writer adds.

“There’s always a catch to anything free,” the writer acknowledges, and in this case the apartment inhabitants require that only women candidates apply. “Single child mothers” are also allowed.

Women who don’t mind the use of marijuana and are willing to “kick it” with this poster can rent a room for just $50 in the Dallas area. Of the several catches involved, the “fun, adventurous” candidate who is “looking for a new party” must be willing to live with the (presumably male) writer, along with his son and father.

Make no mistake, the writer is highly motivated to find a roommate as soon as possible, if evidenced solely by the fact that he has created at least two similar posts within a week of each other.

3. Cleaning and child care that “may lead to more”

The rent is free for a woman in the Dallas area who is willing to move into a one-bedroom apartment with a recently single dad and his 2-year-old son. As the writer puts it, it’s a great opportunity for a, “single female wanting to get on your feet…or find a good man.”

The post author appeals to both logic and sentiment, noting that it would help the woman save up money by not paying rent, in exchange for “light cleaning” and child care throughout the week. “And who knows it may lead to more lol I am single,” the writer adds, leaving the future open to fate and anyone who wants to fall in love with a stranger while vacuuming the living room.

Details are scarce for this offer, made by a Dallas man who already resides in a one-bedroom apartment. It’s unclear whether he’s looking for companionship, a rent stipend, or simply someone to provide a couch. “I am a single Hispanic man, who lives in a one bedroom apartment…but has no furniture in the living room and wants to rent the living room,” the post read. It’s no longer live, but the sketchy details were enough to land it on the Worst Room Tumblr page.

“I prefer a female…” the post read, adding, “the sooner the better.”

Hotel room costs can be steep, as this Craigslist post author knows well. When he created the post, he was looking to split the tab of a hotel room for that night (and maybe the next, assuming cohabiting went well). According to his calculations, the bill would be about $30 per person. One of the selling points: He’s a single male with a truck.

“I am totally sane, I just want to save some cash,” he writes. Were someone interested, they were supposed to reply with an email that provided their location.

6. Free housing in exchange for being the personal pool boy

Not all of the strange Craigslist posts come from people looking to sublet a room or their couch. Sometimes, it works the other way around instead. In this case, the post’s author is a self-described, “young, very attractive, white boy that has a full time job.”

Apparently, confidence runs rampant in this young man’s psyche. “I walk around in my underwear a lot and have little shame in doing so. If you have a pool I am also willing to manage and take care of it. Plus I would get to swim in it afterwards lol,” he writes. He’s also willing to clean your home, though the pool service seems to be a key area of interest.

He’s chill, is open to living with someone of any race, and loves pets — as long as they don’t bite him. Perhaps there’s a history there?

Everyone likes a little companionship now and then, and this 50-year-old woman has taken to Craigslist to find it. To start things off on the right foot, she thanks you for reading her post, and asks that you return the favor if you’re interested by writing her a thoughtful (long) email describing yourself. Essentially, she’s seeking a friends-with-benefits live-in arrangement — though she does expect to have her “own space” — namely, a separate bedroom and bath.

Manners matter, but this woman also knows exactly what she’s looking for in a roommate. “You should be white, 45-60 years of age, non or occasional smoker, kind, and be willing to open your beautiful home to me. I will make it worth your while, no regrets,” she writes. Eventually, she says, she’s looking for a long-term relationship, but isn’t ready for a one-bedroom situation right away. Need the full run-down? Step-by-step instructions are included with the ad.

For this Craigslist post author, you don’t even need to be fully committed to becoming this man’s roommate in order to reply. “Remotely interested” works fine, too. In exchange for sharing a room in his house (north of Dallas) for free, the woman must be down for “a girlfriend experience of some kind,” — leaving the details to be worked out over drinks later.

The man describes himself as somewhere between Brad Pitt and Elmer Fudd in the looks department, and is, “mainly looking for someone that can keep a clean house, cook a little, and give great massages.”

Nigerian princes of the world, meet your Craigslist counterpart. This man says he lost his wallet, but still has money to pay for negotiable rent. Ideally, he’s looking for a place where he and his dog could live — and have an address to send his lost wallet to.

The dog, likely a mini pit bull, is described as “big and tough,” though it’s unclear if the post author believes this is a notch in the pro or con list. Renters beware, we suppose.