As the longest-reigning British monarch, Queen Elizabeth II has set a lot of records (and upheld numerous traditions). But one record you probably didn’t know about? Her history of christening some of the biggest and most famous cruise ships that travel the globe.

Below, learn just what it takes for Queen Elizabeth II to help launch a new vessel and get a look at the most memorable ships that she has christened over the years. And on page 9, find out exactly how many ships she has named over the years.

1. Christening is an important part of launching a new ship 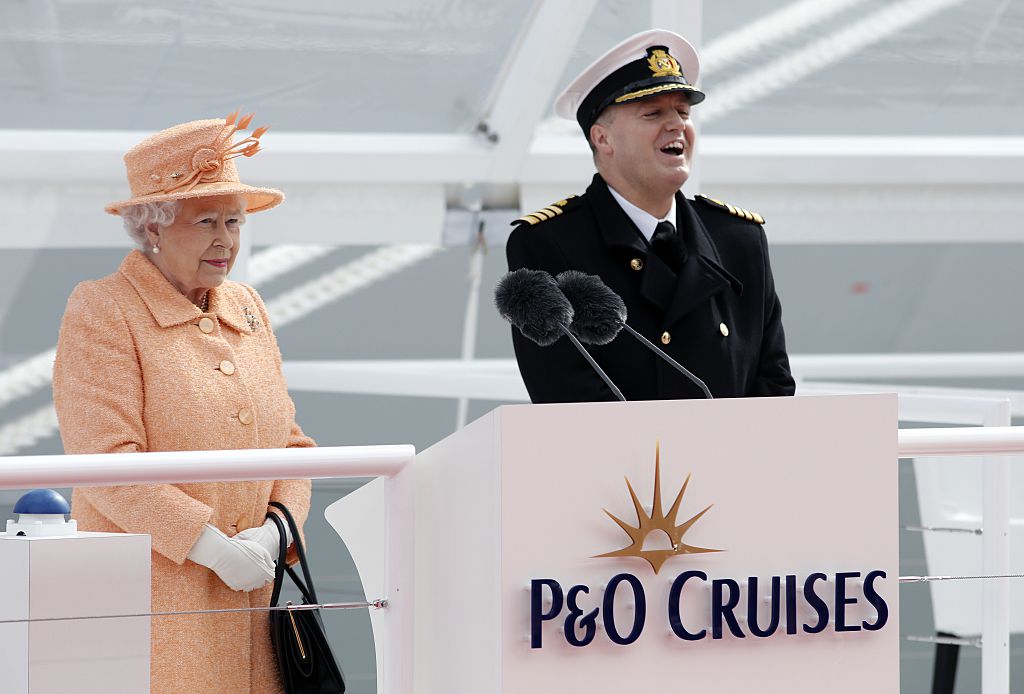 As Cruise Critic reports, the christening of a new cruise ship is part of the ceremonial launching of the new vessel. The event typically features celebrities, cruise line executives, ship engineers, travel agents, journalists, and other VIPs (such as, sometimes, the queen of England). The cruise line chooses a dignitary known as a godmother to christen the ship by breaking a bottle of champagne on the bow of the ship. Breaking the bottle involves carefully rigging a line to it so that when the godmother releases it, it swings across and smashes against the ship. But if the bottle fails to break, that’s considered bad luck.

Next: The royal family always has traditions to follow.

2. The British have specific ship-naming traditions 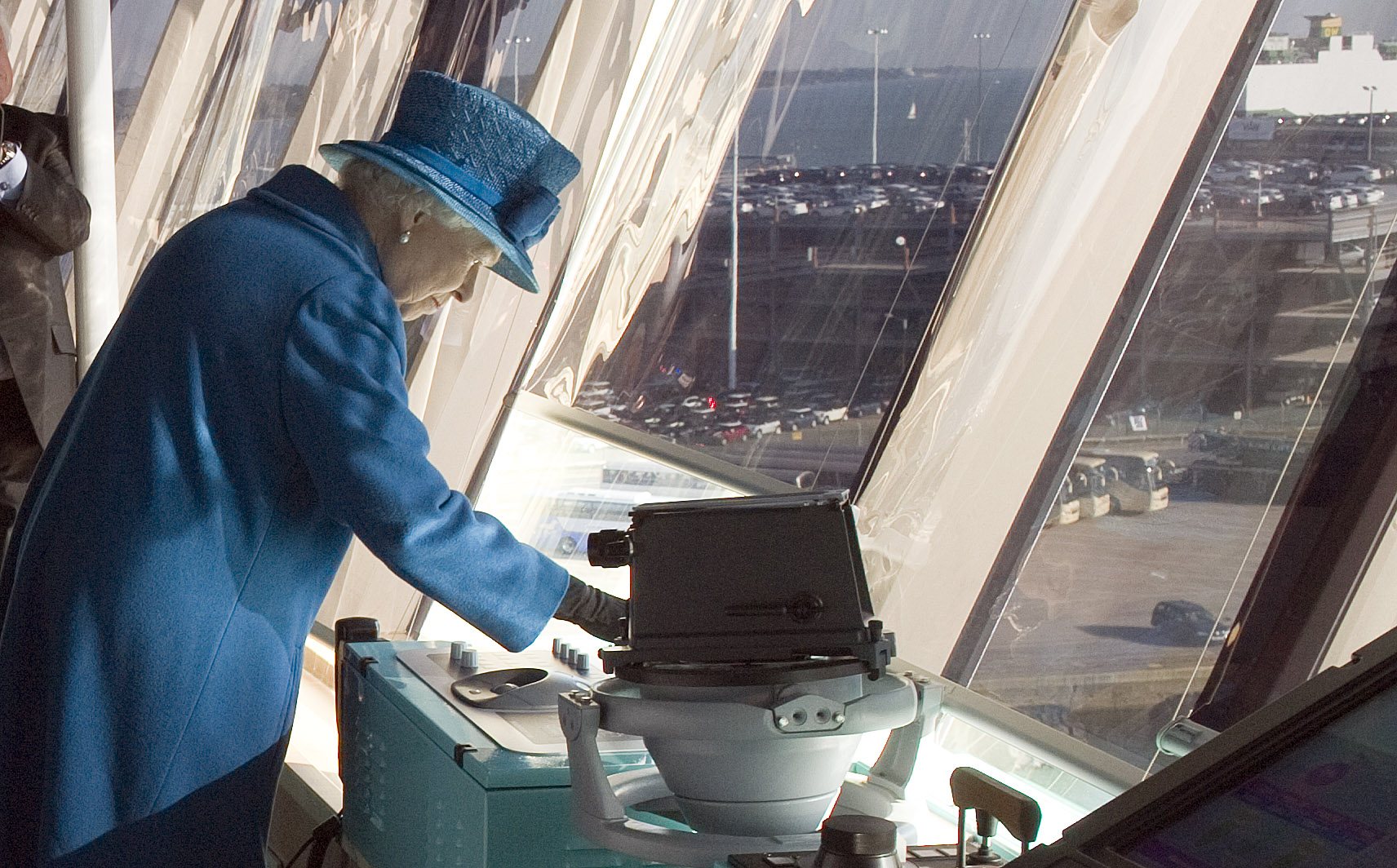 The royal family is big on tradition. So it makes sense that the British royal family — and the British at large — have ship-naming traditions to upholds. USA Today reports that it’s customary for the event to include a royal blessing and to feature performances by Britain’s Royal Marines Band and the pipers of the Irish Guards. The Irish Guards are part of the Household Division that protects Queen Elizabeth II and other members of the royal family.

Next: This is one of the most recent cruise ships that the queen helped launch. 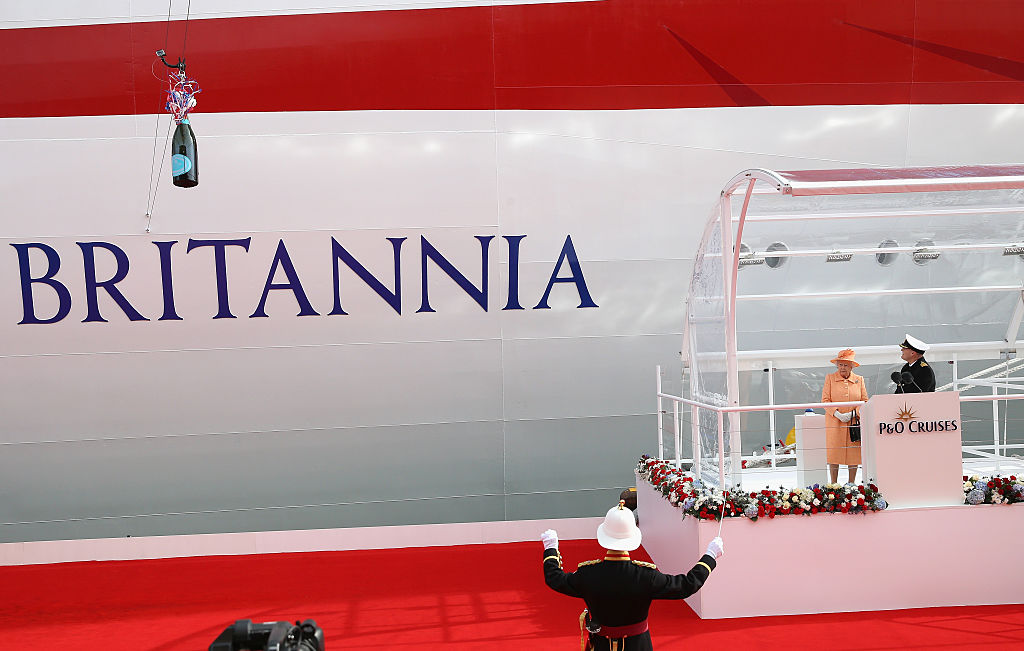 USA Today reports that Queen Elizabeth II christened P&O Cruises’ Britannia on March 10, 2015, in Southampton, England. Red, white, and blue confetti showered onlookers after the queen named the ship. The monarch also seems to have supplied some of the entertainment for the occasion, as the Regimental Band of the Irish Guards played at the christening. As Traveller reports, a bottle of British Wiston Estate Brut NV was broken against the hull of the ship, which can carry 3,647 passengers and 1,350 crew on 18 decks.

Next: She also christened this ship, which shares her name.

4. She christened the Queen Elizabeth in 2010 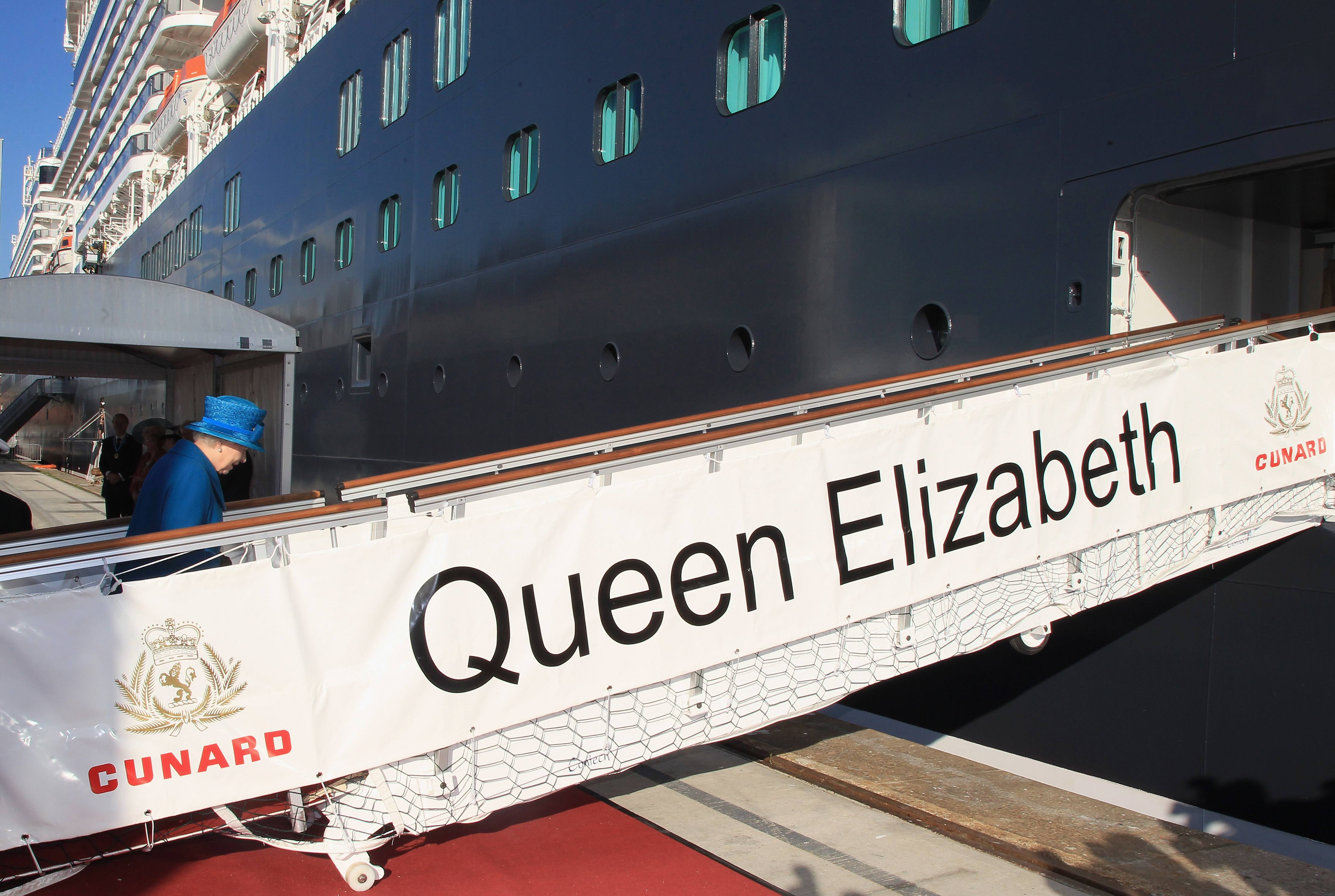 Next: She christened this luxurious — and large — ship. 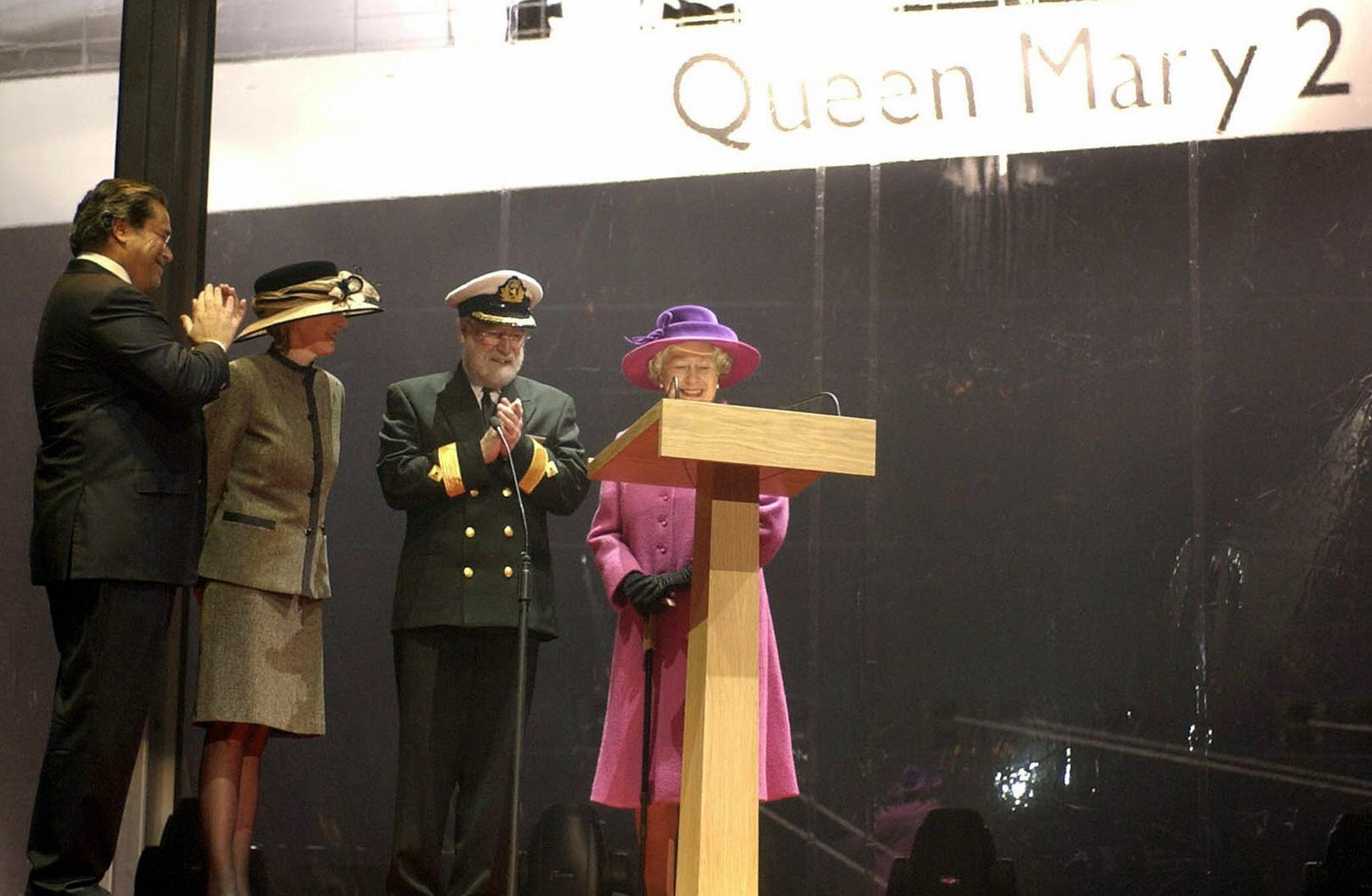 Queen Elizabeth II christened Cunard’s flagship Queen Mary 2 in Southampton, England, on January 8, 2004. The cruise line set off a fireworks show as the ship departed for its maiden voyage. USA Today reports that at 148,528 tons, the Queen Mary 2 ranks as the largest passenger ship ever named by a monarch. The vessel features amenities such as a full-scale planetarium, luxurious suites that offer access to exclusive restaurants, entertainment including famous speakers and “West-End style shows,” kennels for passengers’ dogs and cats, and afternoon tea in the Queens Room.

Next: She helped launch this luxurious ship. 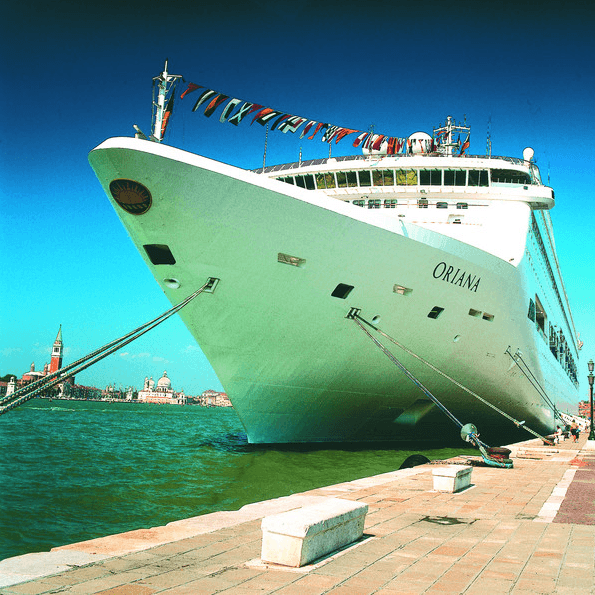 USA Today reports that when Queen Elizabeth II christened the Brittania for P&O Cruises, she was reprising a role she played in 1995, when she christened P&O’s Oriana. This mid-sized ship currently undertakes voyages meant only for adults. As such, it has luxurious touches fit for the queen herself. The ship features a beautiful atrium with a Tiffany glass ceiling, plus a panoramic Crow’s Nest bar. The Oriana also has six dining venues, four entertainment venues, seven bars and pubs, plus an Art Deco cafe.  This ship ranks as one of the smallest vessels in the P&O fleet, with room for 1,880 passengers and a crew of 760.

Next: She helped launch her namesake cruise ship decades ago.

7. The monarch christened the Queen Elizabeth 2 in 1967 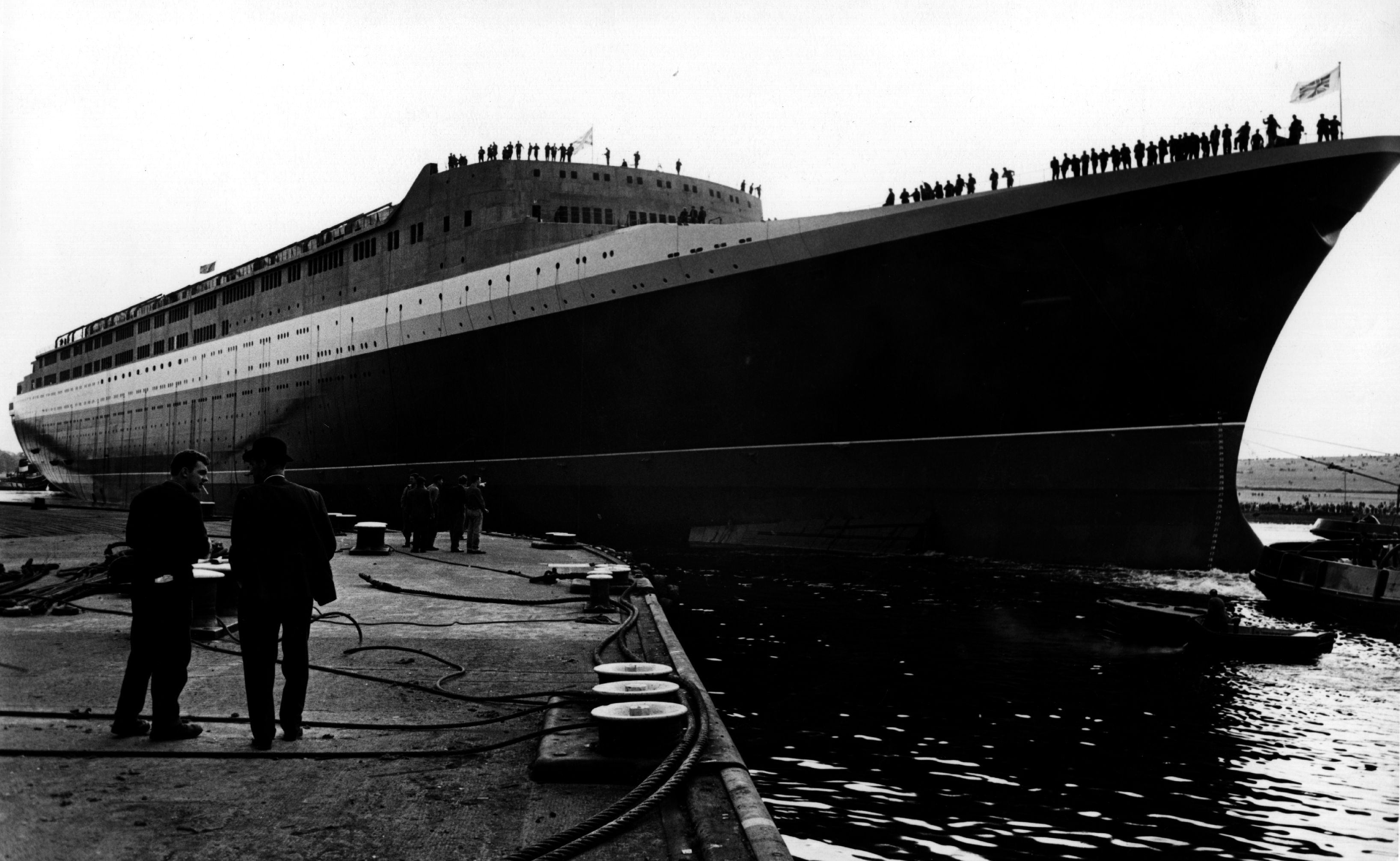 Next: She christened this ship before she even became queen. 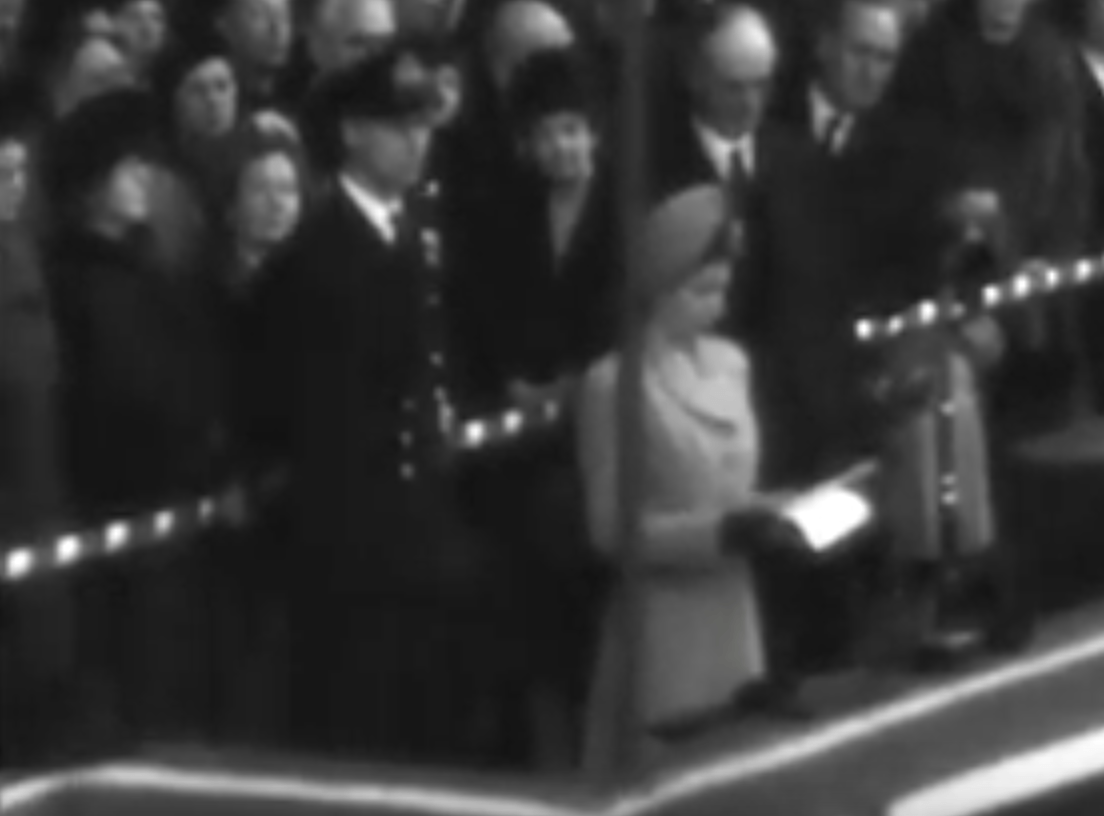 A future Queen Elizabeth II — still Princess Elizabeth at the time — christened Cunard’s Caronia in Clydebank, Scotland, on October 30, 1947. The ship sailed for the line for the subsequent 20 years. But as USA Today reports, the Caronia launch wasn’t her first Cunard event. On September 26, 1934, she accompanied King George V and Queen Mary to the launch of Cunard’s original Queen Mary. And she also attended the 1938 launch of Cunard’s original Queen Elizabeth.

Next: She has helped launch this many ships in all.

9. The queen has launched or named 23 cruise ships 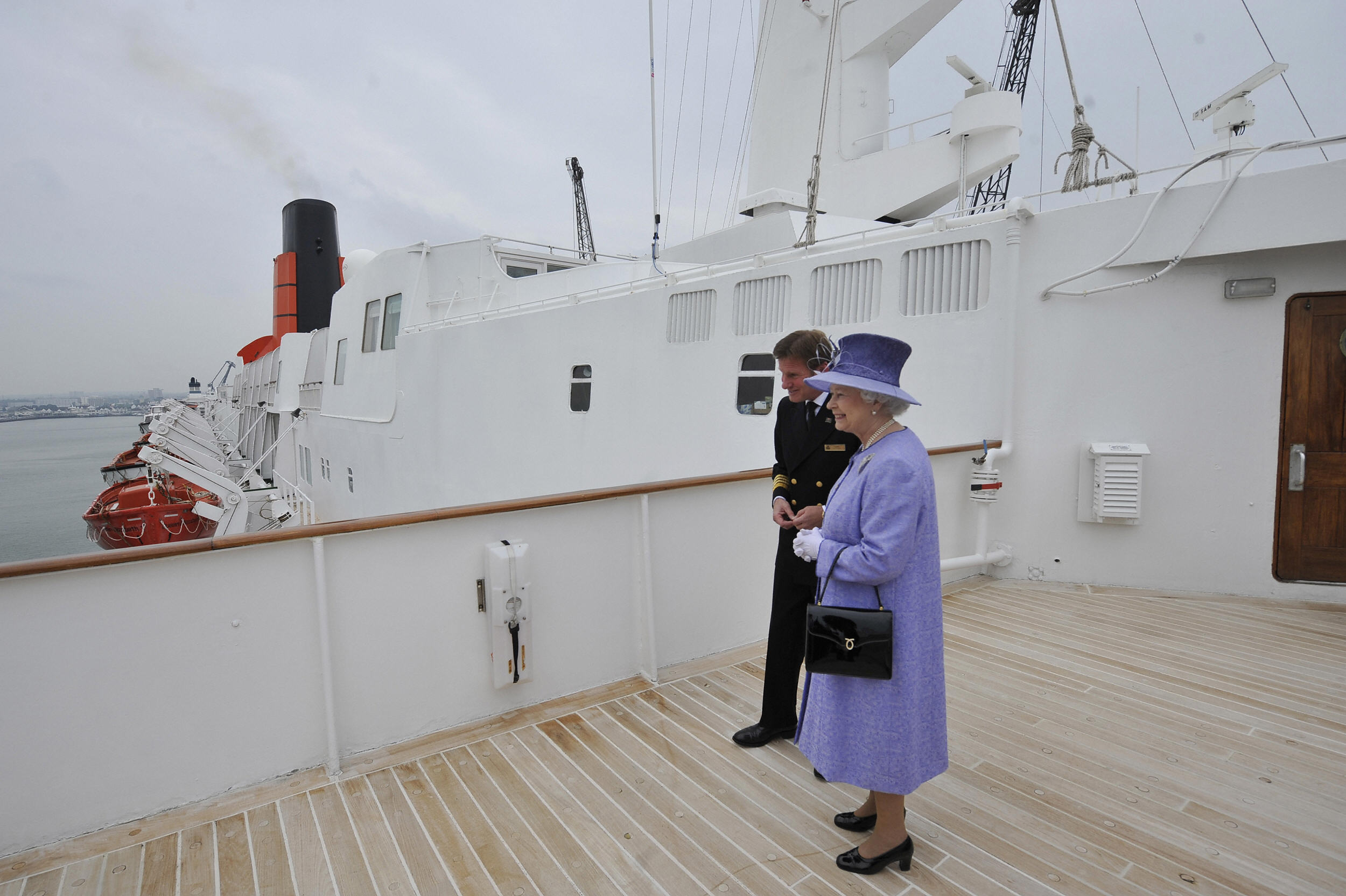