People love Disney. Some more than others but everyone likes Disney to one degree or another. Some people have so much love for Disney they like to show off their love in the form of home decor. Keep reading to see what crazy lengths people have gone to to make Disney come alive in their homes. 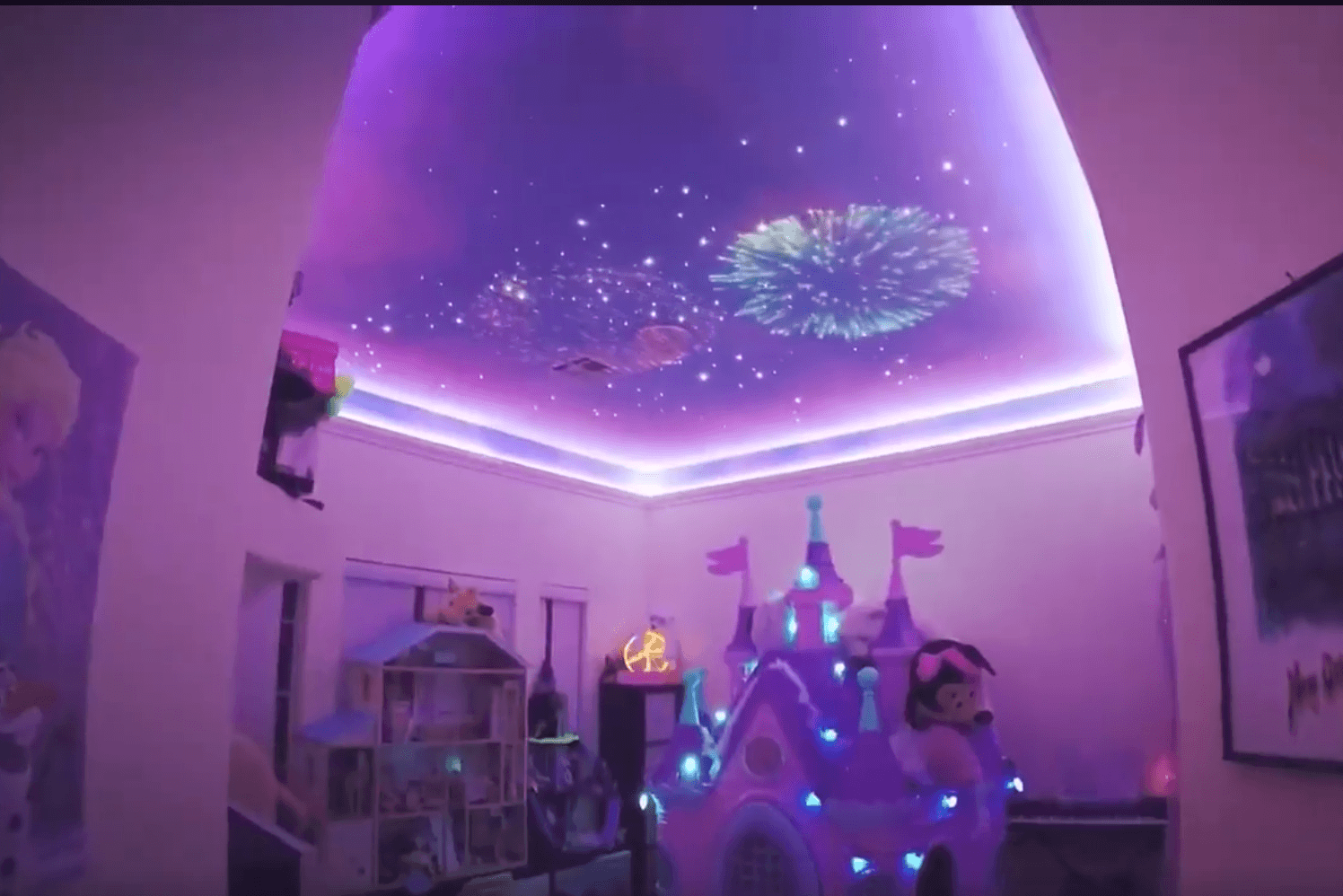 One dad downloads a fireworks show from Disneyland’s website and uses the recorded display to recreate the scene in his daughter’s bedroom. Using a toy castle, a projector screen, and fiber optics, Lyle Coram brings Disney’s fireworks display to his daughter’s, bedroom. 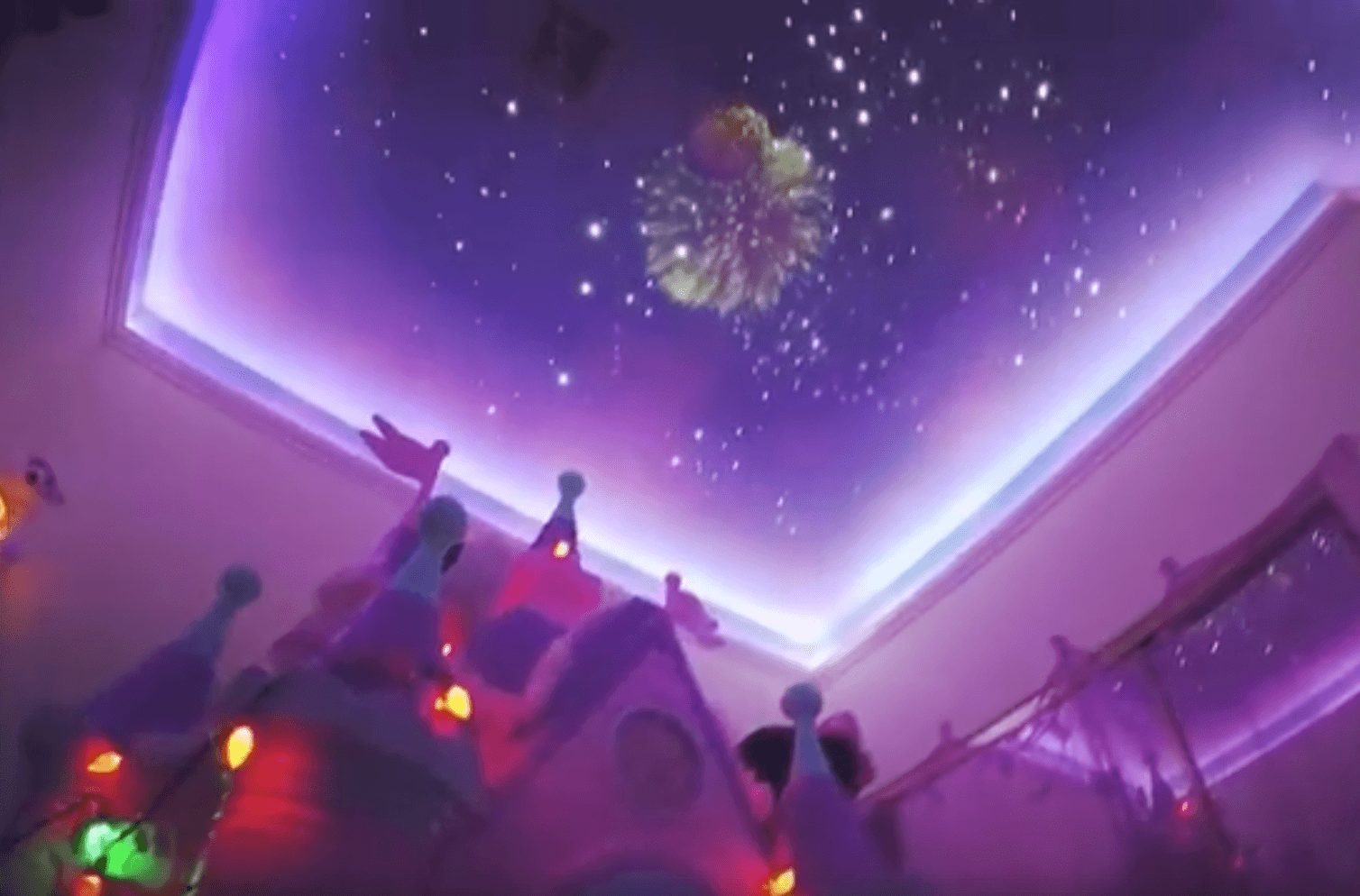 He works in a similar industry. | Just Disney via Facebook

Lyle Coram works as a stagehand for Las Vegas shows, according to Good Housekeeping. So he already has a step up in the DIY department. “The fireworks are pretty easy to do — it’s a projector and a media player projecting on the ceiling,” Coram said.

Hint: This is the hardest part of recreating Disneyland’s fireworks. 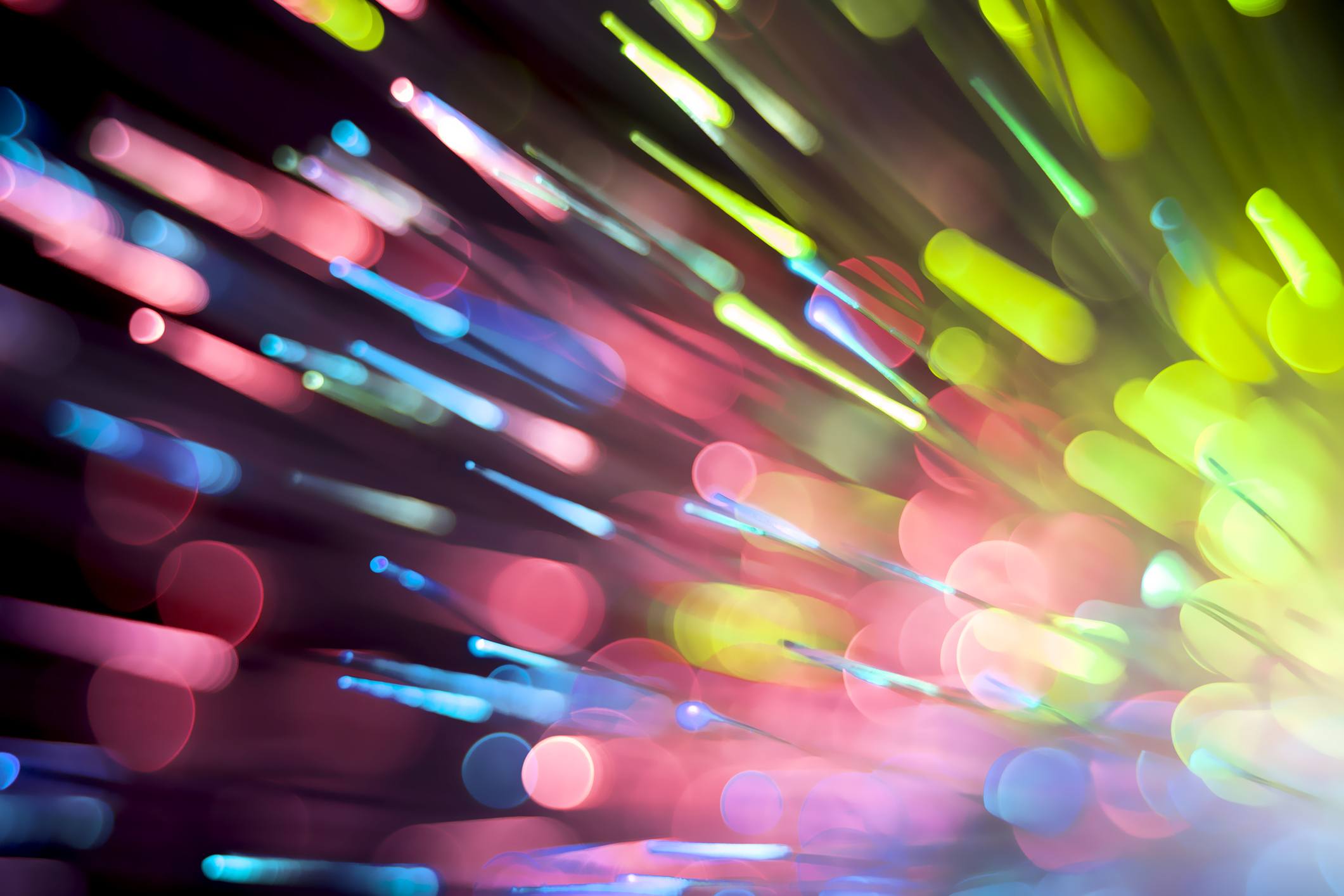 The lights were extremely tedious to add. | fogaas/iStock/Getty Images

After installing RGB LED strips into the crown molding, Coram embedded nearly 280 fiber optic “stars” into the ceiling. This proved to be the most tedious part of the project because Coram had push each “star” through the drywall by accessing the family’s attic.

Hint: Legos are used to create this iconic Disney landmark. The castle is a work of art. | The Cottage Mouse via Instagram

The Instagram account, “disney_at_home” shares people’s home decor items inspired by Disney as the account name suggests. One person’s Disney castle is featured on the account page. However, this is unlike any other Disney castle because the castle is built entirely out of Legos.

Hint: Put a new twist on lighting with this chandelier. It’s designed after the ship from Peter Pan. | Disney At Home via Instagram

Chandeliers are brought to another level with this chandelier made to resemble the ship from the classic Disney movie, Peter Pan. The chandelier appears to be made of crystal, wire, and gold accents mimicking the pirate ship’s flags. Anyone would want to sail off to Never Neverland riding on this chandelier ship. It’s a next level kids room. | Disney At Home via Instagram

One of the most over-the-top Disney room makeovers has to be this one where the lucky person who calls this room their own gets to sleep in Cinderella’s carriage. The carriage is a stand-out piece sure to make any guest think their very own fairy godmother has “bippity boppity boo”ed their mattress into a carriage. The only catch is this bedroom cost $75,000 to makeover.

Hint: Take a walk through Mickey Mouse’s head at this home.

Mickey Mouse is always in this house It’s a magical element. | Disney At Home via Instagram

Another find from disney_at_home’s Instagram account is this picture showing off the opening between the living room and kitchen at this home. Forget about the ordinary rectangular-shaped opening to connect to rooms of a house. This homeowner used Mickey Mouse’s ears as inspiration to make a major Disney design statement.

Read more: Heading to Disney? See If You Can Spot These Hidden Mickey Decorations