Here Is How the Deceptive Tax Reform Bill Cheated America

Early in the Saturday morning hours, the GOP passed sweeping tax reform that barely anyone had time to read with the intention of spurring economic growth. The tax reform bill has been hailed by experts as a huge benefit for the nation’s most wealthy and corporations while overburdening the middle class and working poor. Aside from the fact that experts say this won’t spur any economic growth and will add another trillion and a half dollars to the nation’s deficit, the GOP snuck some pretty shady stuff into the tax reform bill — sometimes in handwritten notes. Here’s what the Republicans threw in at the taxpayer’s expense.

The majority of Americans believe that abortion should be legal. | Peter Muhly/AFP/Getty Images

Even though Roe v. Wade was decided almost five decades ago, the GOP has been furiously trying to overturn it. With the most recent tax reform bill, the GOP snuck in a last-minute earmark that defined when life begins. Hidden on page 93, line 20, after a clause governing tuition expenses, the Republicans added in the “treatment of unborn children.” The clause states that an unborn child is “a member of the species homo sapien, at any stage of development, who is carried in the womb.” With that language added to the bill, it is now law that your zygote is considered a viable life form.

This opens up a flurry of litigation. Many advocates of pro-choice say that this is a “backdoor” rule that the Republicans will use to restrict abortion rights. Representative Diana DeGette of Colorado asks, “What’s next, giving a social security number to a zygote?”

Next: It’s a bad time to sell real estate.

The new tax code repeals or limits certain deductions on property taxes that could seriously disrupt the real estate market. First, it eliminates the deduction on interest of home equity debt. Then it sets a cap of $10,000 on real estate tax deductions and raises the term you have to own a home before selling it tax-free from two years to five years. This really puts a large burden on those selling homes for a living.

Next: On that note, screw job creation.

3. Encouraging automation rather than job creation

One of the main goals that the Republicans have been touting with their tax reform bill is the assertion that it will create jobs. Yet, in the bill, it expands deductions for investments in business technologies from 50% to 100%. Robert Kovacev, a tax attorney with Steptoe & Johnson law firm in Washington, D.C., told The Huffington Post that “[i]t’s going to accelerate spending, basically, on robots that could displace workers.”

Next: Here’s how the polar bears are really going to go. 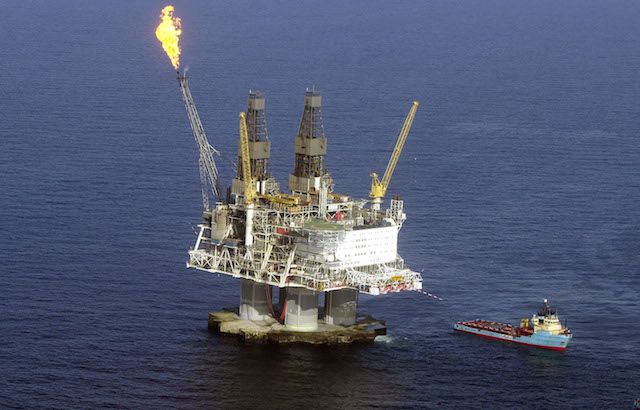 We all know how well this works out. | Harry Gerwin/Getty Images

Yes, you read that right. A tax bill has opened up oil drilling in an Alaskan wildlife refuge. Senator Lisa Murkowski of Alaska has been pushing to have a 1.5-million-acre parcel of the refuge opened up for drilling. This measure attached to the new tax bill is likely included to garner her vote for the bill.

Senator Maria Cantwell of Washington State was a huge opponent of the measure and said in a tweet that “[t]he Arctic Wildlife Refuge is too important and too pristine to turn into an oil field.” Cantwell led a failed effort to prevent that from happening in the early hours of Saturday morning.

Next: Everyone definitely needed this exemption.

Ah, just like the one Pappy used to own. | iStock/Getty Images

For some reason, the GOP and Trump felt it necessary to include new provisions on private plane deductions. In the new tax bill, you can now deduct the management costs of your private plane. For the vast majority, this amendment has very little purpose other than benefiting the wealthy.

Next: It’s not a huge deal, but why get rid of it?

These are just used to hide from taxes anyway, right? | Justin Sullivan/Getty Images

Every company has some sort of reward for doing well. Oftentimes, companies will give an award accompanied by some cash or a gift card. Well, Orrin Hatch had enough of the free-riding poor and decided that he would add a last-minute amendment to the tax bill. He basically got rid of that $50 gift card to Amazon for performing well, because you know, freeloaders and all.

Next: What this all means.

7. Party service and nothing more

This is an accurate account of what the GOP is doing behind closed doors when talking about the people who voted for them. | Chip Somodevilla/Getty Images

What the GOP essentially did was benefit their base’s corporate and monied interests. They have touted a massive overhaul of our tax code to service the creation of jobs, and it won’t. They said that it was to benefit the middle and lower class, and it won’t. It was meant to balance the budget and it only serves to worsen our debt. If this doesn’t spur a massive overhaul of our representatives in Congress, we are not sure what will.