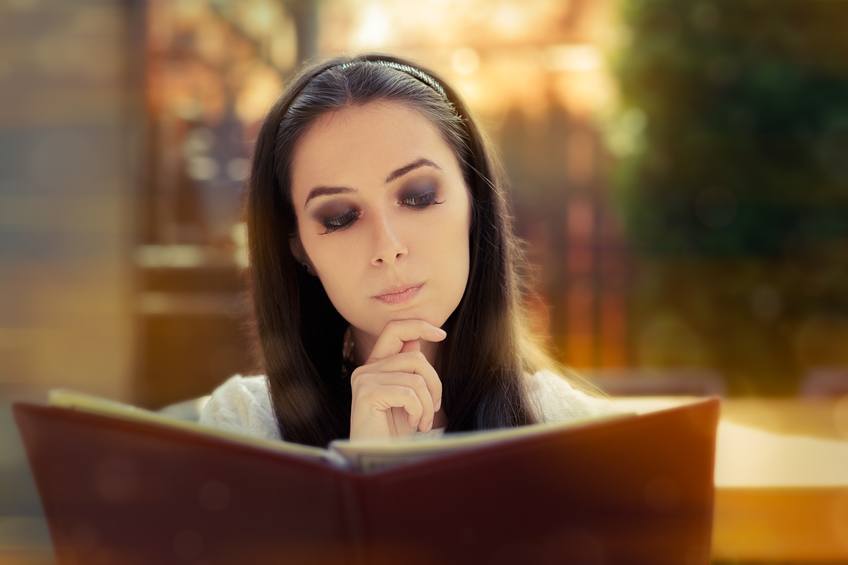 Do you know what okonomiyaki is? What about gourgères, guanciale, or shiso? Those are three of the most confusing restaurant menu terms, according to a survey of more than 2,000 American diners conducted by the restaurant reservation website OpenTable.

Unfamiliar terms put diners on guard. More than half said they worried ordering a dish with an ingredient they didn’t know would ruin their dining experience, and three-quarters said they were worried they’d be wasting their money if they made a bad choice. Some people took a practical approach to dealing with their confusion, saying they’d ask their server to explain an unfamiliar restaurant menu item in more detail. But 20% said they’d stick with something more familiar rather than venturing outside of their comfort zone.

“While two-thirds of diners aren’t embarrassed by their confusion and are typically happy to ask their server for a little guidance, with all the passion and energy that chefs and restaurateurs put into the creation of their menus, they should be aware that one in five diners simply won’t order a menu item with a description they don’t understand,” Caroline Potter, OpenTable’s chief dining officer, said.

Those who aren’t willing to take a chance on a new dish may be missing out. Okonomiyaki may sound like a mouthful, but it’s nothing more than a savory Japanese pancake. Gougères aren’t some weird, intimidating French food – they’re just light and airy cheese puffs. And guanciale? People might be more willing to order a dish with this ingredient once they realize it’s just a different kind of bacon.

Here are 10 restaurant menu terms that had many American diners scratching their heads, according to OpenTable’s survey, along with recipes you can follow to try out an unfamiliar ingredient or technique in the comfort of your own home. 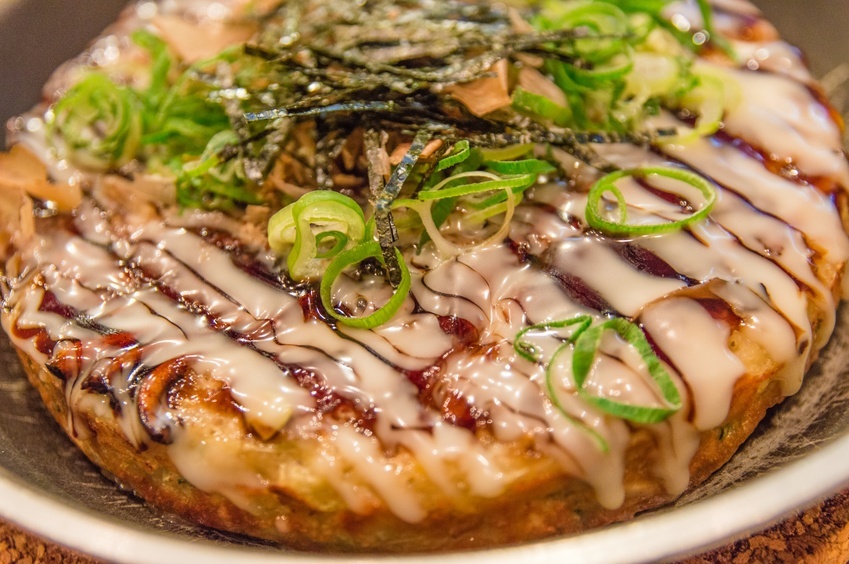 Okonomiyaki (o-konomi-yaki) was the term most likely to baffle diners. Nearly 70% had no idea that it referred to a savory Japanese pancake. It’s made with a base of batter and shredded cabbage, but beyond that, anything goes in this versatile dish. (“Okonomi” literally means “how you want it.”)

Try it: You can make your own okonomiyaki at home. This recipe from PBS is fairly straightforward and can be made with whatever meat and vegetables you have on hand, making it a great way to use up leftovers.

Americans love hot sauces, but 67% aren’t familiar with gochujang (go-choo-jang) a spicy Korean hot pepper paste made from chile peppers, glutinous rice, fermented soybeans, and salt. In addition to being a staple ingredient in Korean cuisine, in recent years, chefs have started using it in other preparations. You might see it in a spicy grilled cheese, as a condiment on your burger, or as part of a marinade for chicken wings.

Try it: Pick up a tub of gochujang at your local Asian supermarket or online, then try this recipe for gochujang beer cheese dip from The Beeroness. It’s made with three kinds of cheese, a cup of pale ale, and a generous dose of the Korean hot pepper paste.

Piri piri (pir-ree-pir-ree) is another type of hot sauce, this one from Portugal by way of Africa. The sauce is made from African bird’s-eye chilies along with citrus and garlic, and can be paired with chicken, shrimp, vegetables – almost anything you like. Sixty-four percent of people didn’t know what it was.

Try it: You can buy bottled piri piri sauce, but making your own isn’t hard. Once you’ve done that, you can use it as a marinade for barbecued chicken, as in this recipe from the Food Network, which is perfect for summer grilling. If you can find African bird’s eye chilies, use them; otherwise, substitute another hot red chili pepper. 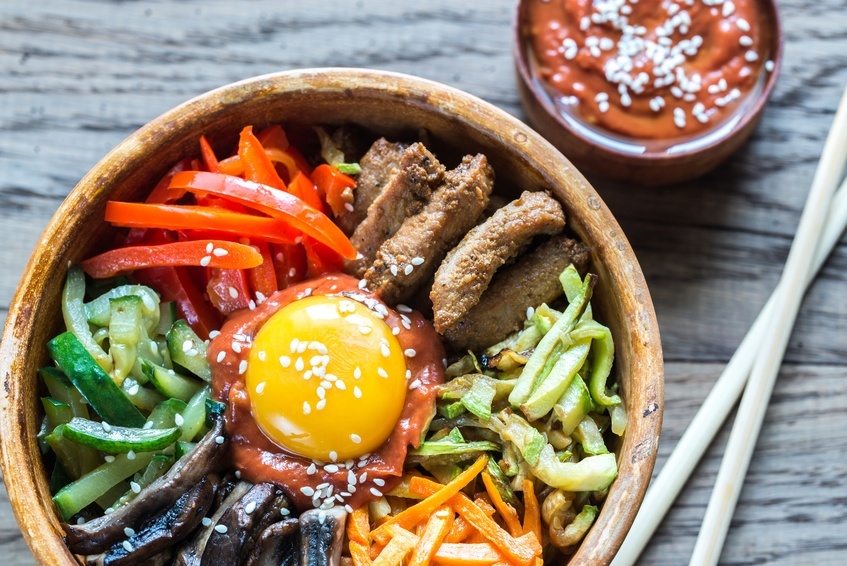 A staple of Korean cuisine, bibimbap (bi-bim-bop) — it literally means “mixed rice” — is a one-bowl meal of rice, vegetables, egg, gochujang, and sometimes meat. The comfort food dish was unfamiliar to 64% of Americans.

Try it: You’ll find bibimbap on the menu at most Korean restaurants, or you can try making your own at home. This recipe from A Spicy Perspective is easy to follow and doesn’t have any hard-to-find ingredients.

Sixty-four percent of people surveyed confessed to being unfamiliar with yuzu (yoo-zoo), an Asian citrus fruit. It has a unique flavor and aroma “that you just can’t get from lemon or limes,” chef Sharon Nahm of San Francisco’s E&O Asian Kitchen told Food Republic. Look for dishes featuring yuzu at Japanese restaurants, or try a cocktail made with the juice of the fruit, like the Seven Spice Sour at Momofuku Ssam Bar in New York.

Try it: Yuzu juice is a perfect ingredient for a refreshing cocktail, like this Japanese yuzu and ginger cocktail from Tokyo Terrace. If you can’t find fresh yuzu, look for bottled yuzu juice in an Asian supermarket.

If you don’t know gougères (ɡo͞oˈZHer) – and 63% of Americans don’t – you’re going to want to familiarize yourself with this savory treat. Though they sound fancy, gougères are simply cheese puffs made from a light pastry dough filled with gruyère, comté, or another shredded cheese.

Try it: You only need six ingredients to make your own gougères at home. This recipe from Saveur is easy to follow, but the results are sure to wow the guests at your next party.

We might know prosciutto, pancetta, and soppressota, but 62% of American diners aren’t familiar with guanciale (gwan-cha-lay), another cured Italian meat, this one made from the jowls of a pig. You’ll find it in dishes like spaghetti alla carbonara.

Try it: Look for guanciale at an Italian deli or market, or a grocery store like Whole Foods. Once you get your hands on some, make your own authentic spaghetti alla carbonara by following this recipe from The Kitchn. 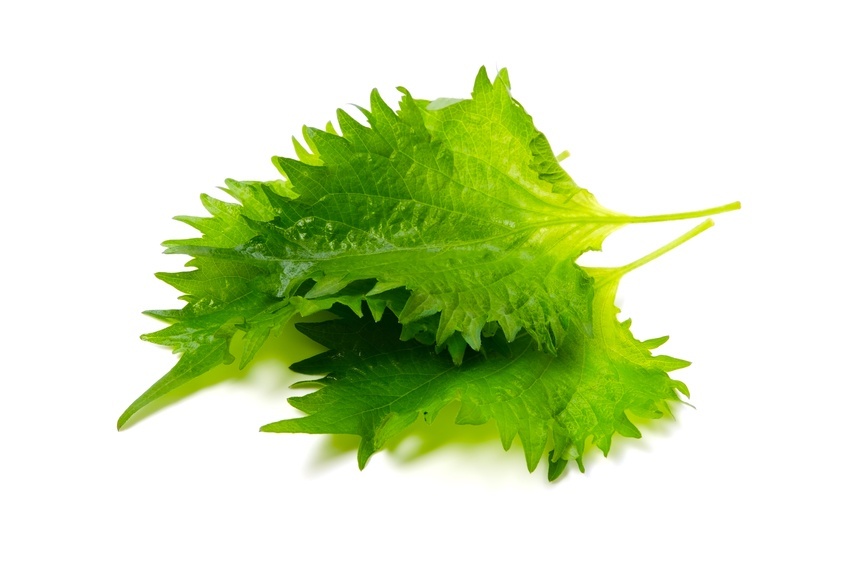 Shiso (SHēsō) is a culinary herb used in Japanese and other Asian cuisines. It’s a member of the mint family and sometimes goes by the name Japanese basil or beefsteak. You may see it used to wrap sushi, as a garnish, fried in tempura batter, or in salads.

Try it: Look for fresh shiso at your local farmer’s market, or plant your own (it’s easy to grow and may take over your garden if you’re not careful). Then, use your bounty to make this shiso pesto recipe from Summer Tomato.

Try it: You’ll make everything – broth, pasta, and filling – from scratch in this recipe for tortellini en brodo from Mario Batali. The three-hour prep time means it’s not an option for a quick weeknight dinner, but when you want to make something special, we think it’s worth it.

A ballotine (bal- -teen) is a deboned piece of meat (often an entire chicken) that is stuffed, rolled, and tied, and then roasted or poached. It’s a classic French cooking technique unfamiliar to 61% of diners surveyed.

Try it: Don’t let the fact that you need to debone a chicken dissuade you from making this ballotine of chicken with a spinach filling from legendary chef Jacques Pepin (via KQED). You might want to watch this video of Pepin in action first, though, if you’re not sure how to get all those bones out of the bird.