7 Delicious Disney World Treats Worth Every Penny, According to Former Disney Cast Members

Disney parks are hardly known for their affordability, so it’s important to spend your money wisely. And when it comes to Disney World treats, in particular? Well, no one knows better than the people who used to work there.

Thanks to Business Insider, we have the inside scoop on seven irresistible eats that are actually worth the money, according to former cast members who interned with the Disney College Program. 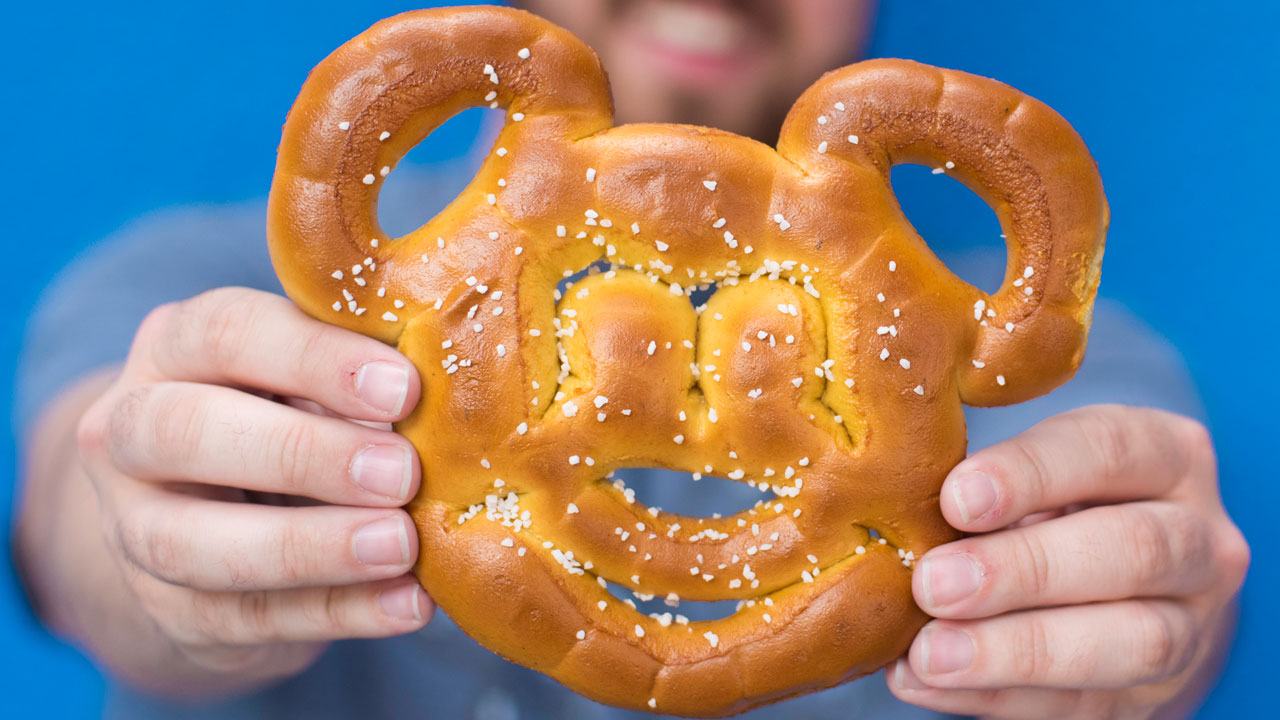 Warm pretzels that actually taste good are hard to come by. But apparently, Disney World’s are worth it. Former cast member Devin Melendy says she “always loved the Mickey pretzels,” and that they were huge. If you, too, love a hot pretzel, you can find them at places like Anaheim Produce in Hollywood Studios, Liberty Square in Magic Kingdom, and Harambe Fruit Market in Animal Kingdom.

Next: Tough to pronounce and too tasty to resist 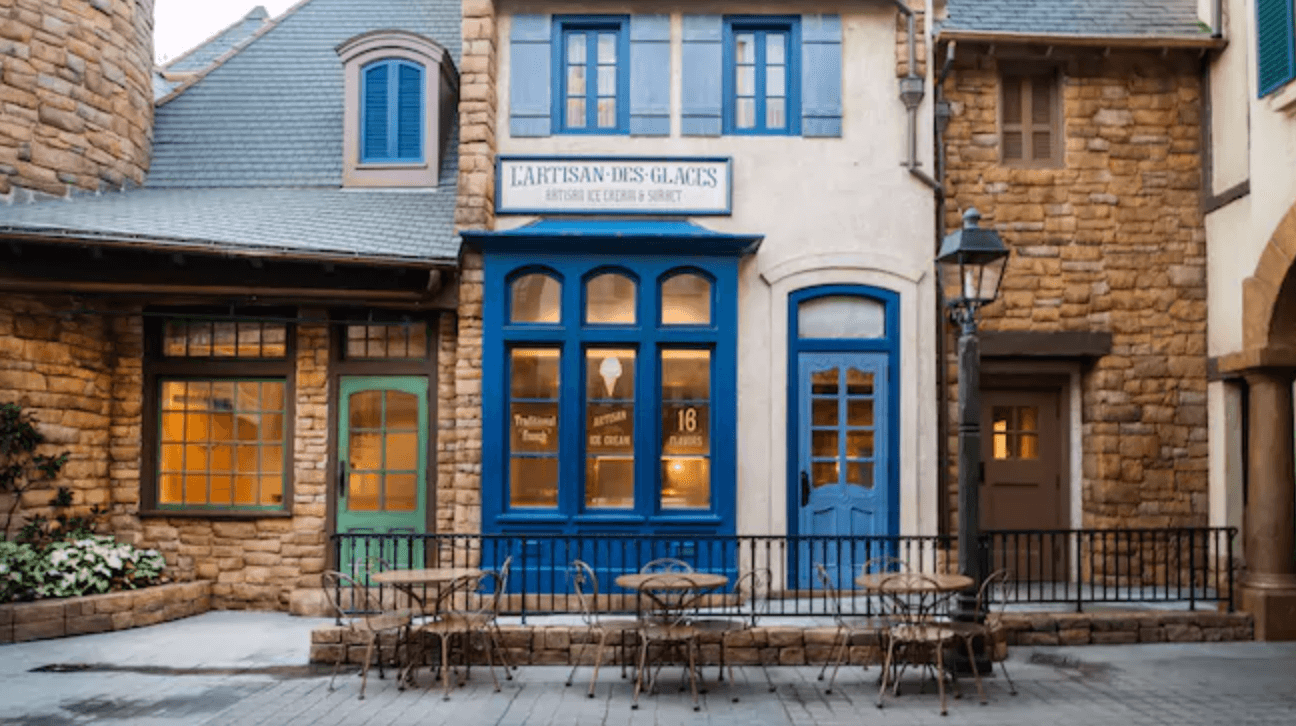 It may be difficult to pronounce, but this treat is well worth fumbling over your words. At least that’s what Meghan O’Neill, who used to work in Future World in Epcot, thinks. Home to plenty of international dining options, Epcot’s France Pavilion is where you can find this treat.

“The Croque Glacé from L’Artisan des Glaces in France is my favorite,” O’Neill says. “It’s a scoop of ice cream in a brioche bun pressed warm. It sounds weird, but it tastes delicious.” Yum.

Next: This Disney World treat has been replaced with a newer variation. 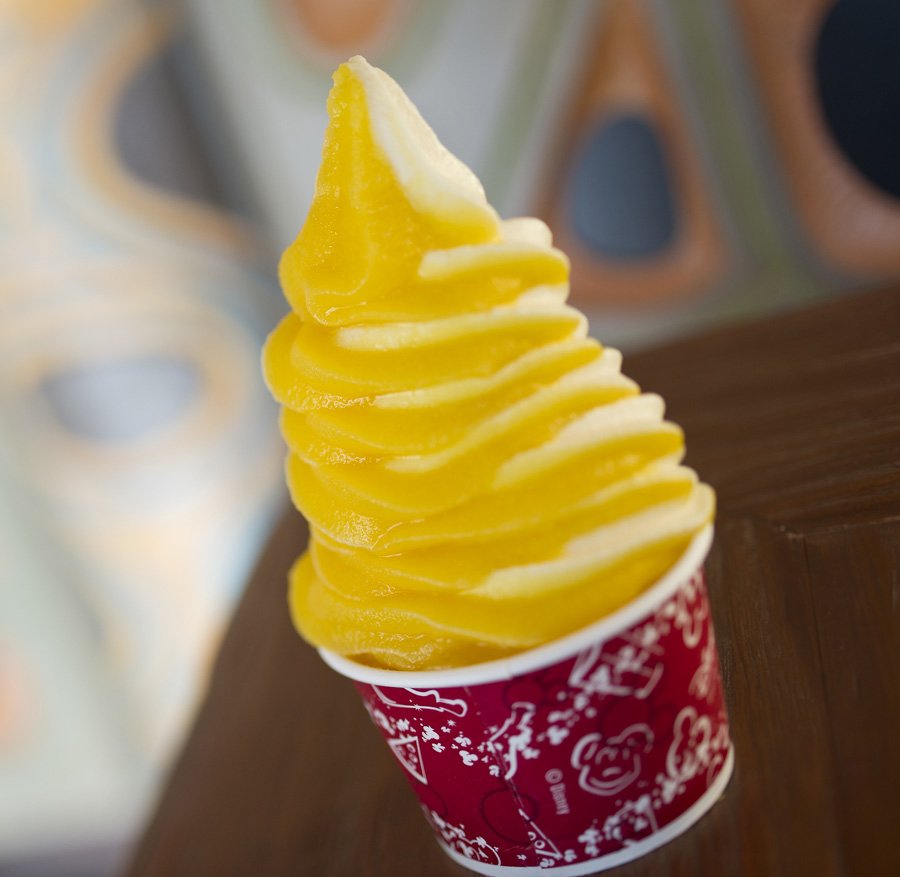 Former cast member Jon Quagliano stayed far away from the park’s pricey food. But if he had to choose one item on which to spend his money, it’d be the Citrus Swirl. However, the ice cream treat has since changed; the Citrus Swirl was replaced with the Orange Swirl, which has similar ingredients, for the most part.

Next: One former cast member would eat at this restaurant all the time if he could.

4. Anything from Pecos Bill Tall Tale Inn and Cafe 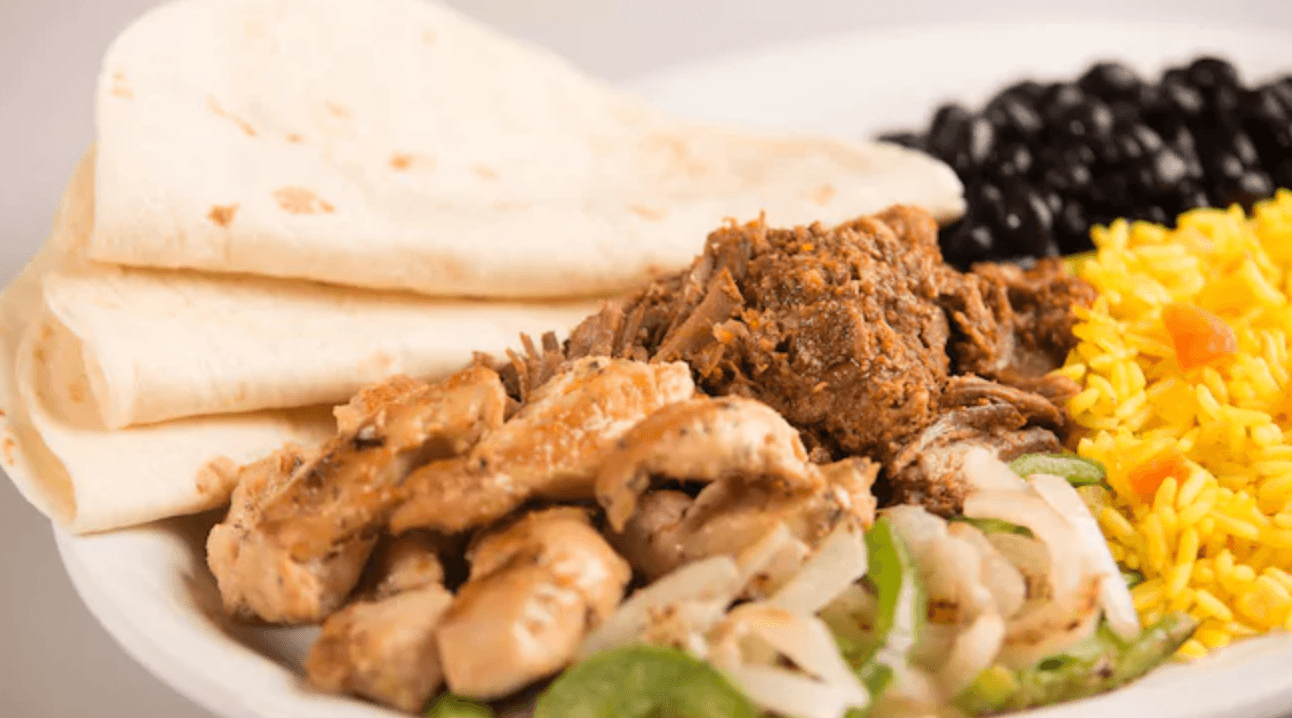 Unlike most other cast members on this list, Jake Kleckner loved trying out all the food options during his time working at Frontierland. And his favorite dining establishment? That’d be Pecos Bill Tall Tale Inn and Cafe. In fact, he told Business Insider he’d choose the restaurant if he could only eat at one Disney place for the rest of his life. Now that is some serious devotion. 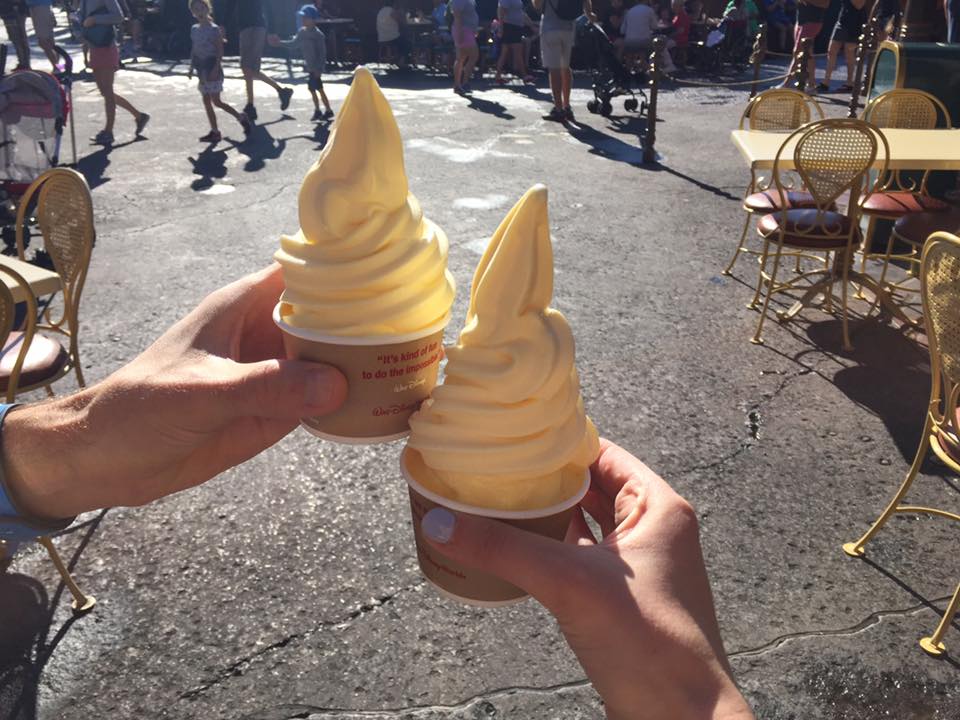 Ah, the mighty Dole Whip. It’s the soft serve dessert people can’t get enough of. In fact, it’s the most iconic food at every Disney park. And not even thrifty interns can resist the sweet treat.

“My roommates were the ones who made sure I had more self-control with that whole situation, because I would totally be the person who’s like, ‘I could totally get a Dole Whip every single day,'” former cast member Missy Farni told Business Insider. “And they’re like, ‘No, you can’t do that. That’s pretty expensive.'”

It’s clear to see plenty of people agree with Farni on this one. A Dole Whip is well worth it. 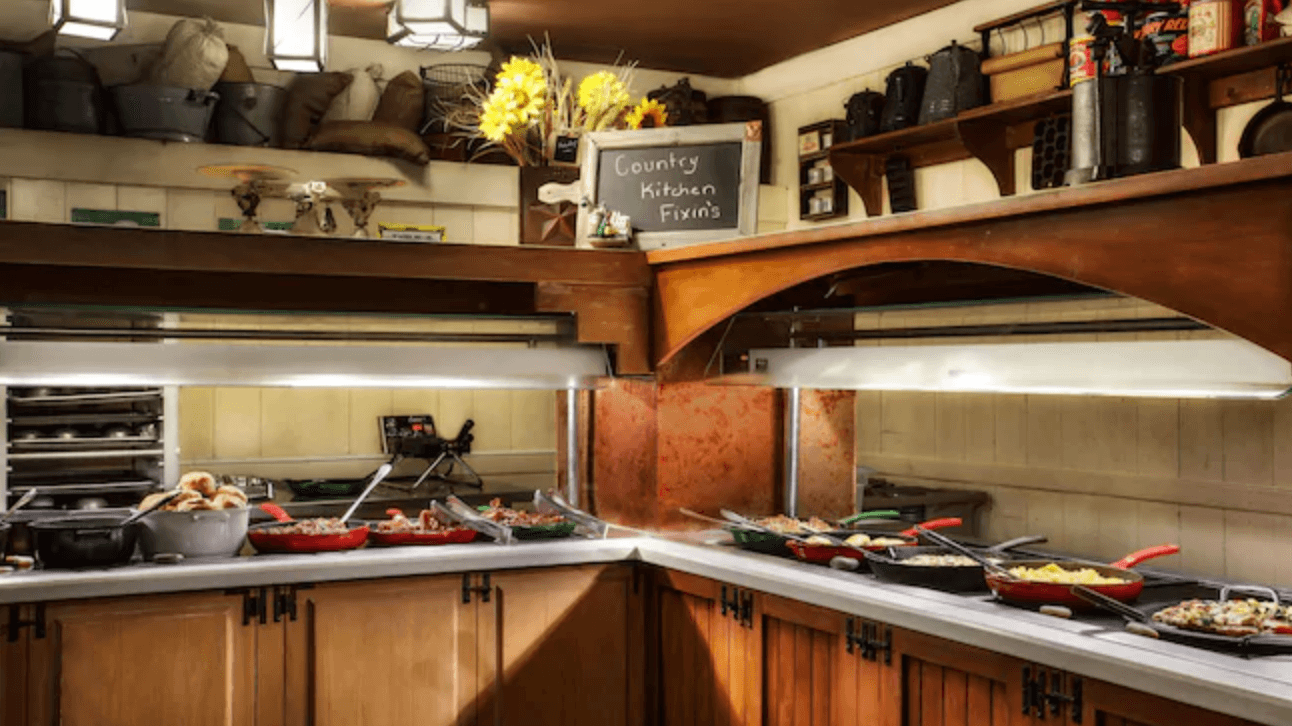 If you love a good brunch, this “down-home buffet” needs to be on your next Disney World list. According to former cast member Chantelle Judd, Trail’s End is worth every penny.

“I have to say, Trail’s End was one of my favorites,” she told Business Insider. “I’m a big brunch fan. It’s my favorite meal, so a buffet of breakfast food was fantastic.” The restaurant serves up everything from omelets to baked mac and cheese, along with Mickey-shaped waffles, of course.

Next: Treats from this place are hard to resist. 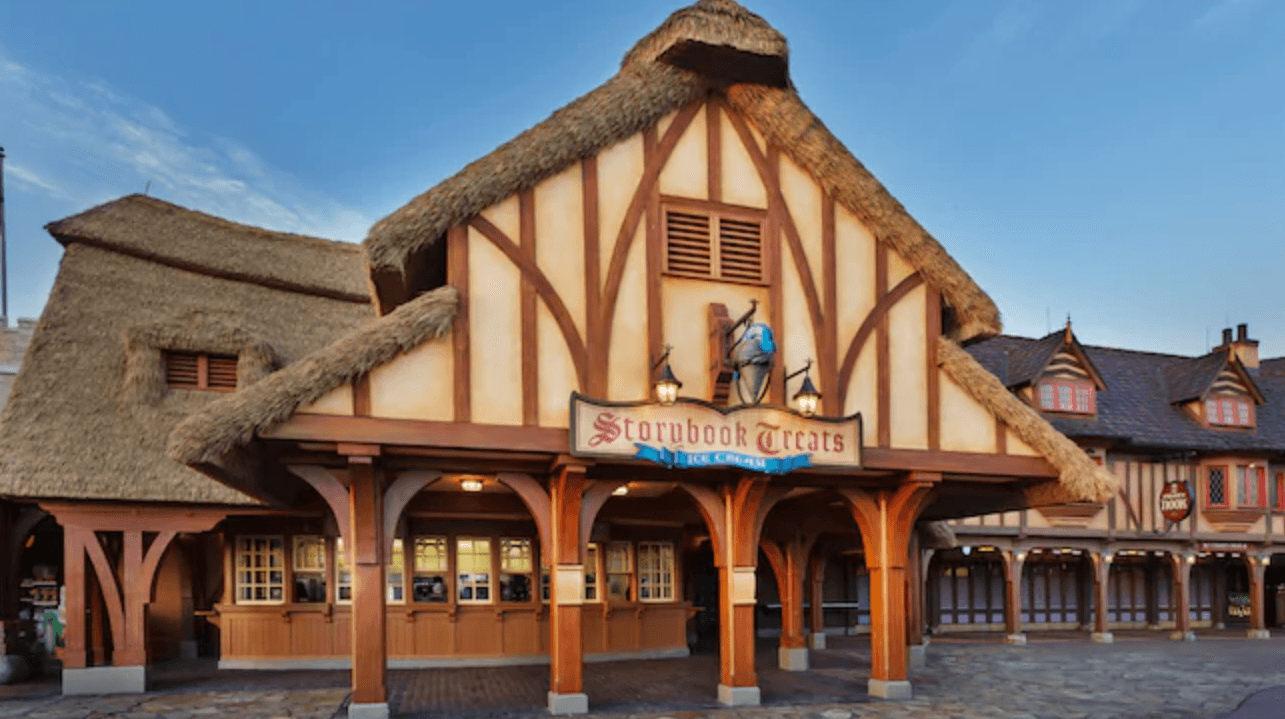 You really can’t go wrong at a place called Storybook Treats. It serves up classic sundaes and ice cream cones, and everything on the menu is just what you deserve after a long day at Disney World.

One former cast member, who asked to remain anonymous, told Business Insider, “I honestly don’t know what it is about it, but I have to get [an ice cream cone] every time I go to the Magic Kingdom. It could be because I worked next to Storybook Treats.”

While these prices may not seem to bad on their own, keep in mind that a day at Disney can certainly add up. So, our best advice is to pack lunch and snacks to bring with you, and spend a few dollars on one of these delicious treats.