Summer may be gone, but that’s no reason to say goodbye to fresh produce in your diet. Fall is the season of heartier vegetables like squash, sweet potatoes, and cabbage (and its many relatives, like cauliflower and Brussels sprouts). Many of these flavorful foods are packed with both vital nutrients and flavor, and they often taste excellent simply chopped up and roasted with a little olive oil and seasoning. But fall vegetables also shine in other dishes, from tacos to pancakes. Here are five great ways to eat more veggies this autumn. 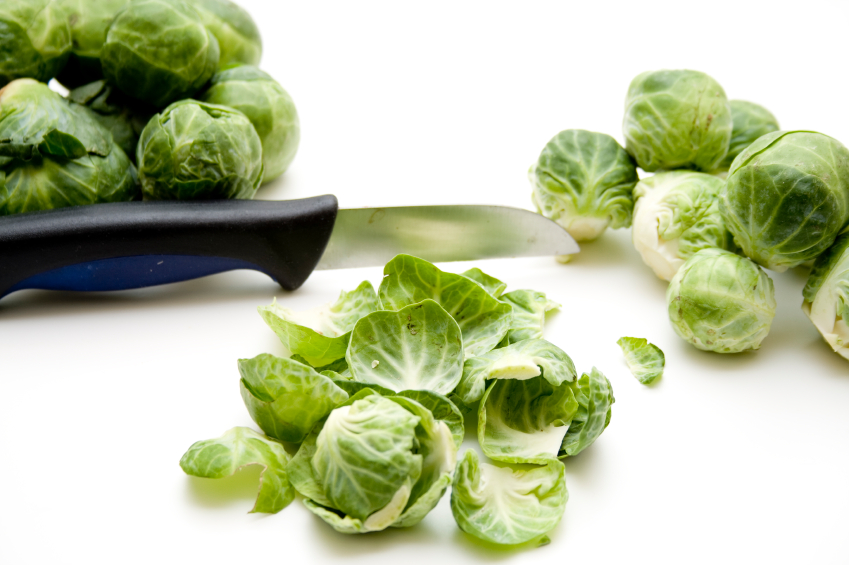 If you think you don’t like Brussels sprouts, it may be because you have a gene that makes them taste bitter, or it could be because you’ve only had ones that are badly prepared — under-seasoned, overcooked, and generally blah. Cooked correctly, these tiny cabbages, which are in peak season in the fall and winter, are a wonderful accompaniment to many meals.

While you can always make a quick side by simply roasting Brussels sprouts, more adventurous cooks might want to try them as a topping for tacos, as in his recipe from See You in the Morning.

Directions: Preheat oven to 400 degrees Fahrenheit. Wash the Brussels sprouts, and remove the outer leaves, then cut in half. Toss the Brussels sprouts with olive oil, salt, pepper, and grated Parmesan cheese. Spread the mixture on a baking sheet, and cook for about 25 to 30 minutes, until crispy and a bit browned. Remove from oven, let cool, and then coarsely chop. Set aside.

Drain the beans, pour into a bowl, and add the cumin, salt, and pepper. Mix thoroughly, then slightly mash with a fork.

Cut the avocado in half, and scoop out the flesh into a bowl. Add the lime juice, sour cream, and salt and pepper, then mash well to combine.

Heat 2 to 3 tablespoons of olive oil over medium-high heat in a large skillet. Add one or two tortillas to the pan, and top each with two spoonfuls of the black beans. Cook tortillas for about 1 minute. Then, use a pair of tongs to fold each tortilla in half. Cook for about 30 more seconds, then flip and cook for another 30 seconds. Repeat until you’ve used up all the bean mixture.

Top each taco with the chopped Brussels sprouts and the avocado crema. Sprinkle with green onion, cilantro, and hot sauce, then serve. 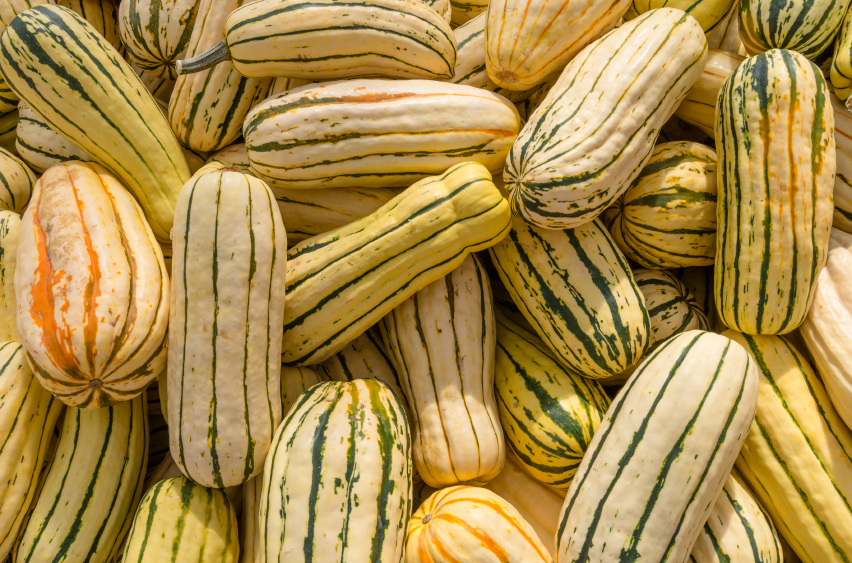 Delicata squash isn’t quite as popular as other fall squashes like pumpkin, butternut, and acorn, and that’s a shame. Like its more popular relatives it’s a good source of vitamins A and C, but unlike butternut or acorn squash, which can be tough to cut and peel, delicatas are fairly simple to prepare since because you can eat the skin. This easy-to-make recipe for roasted delicata squash and mushrooms from Epicurious serves 6. 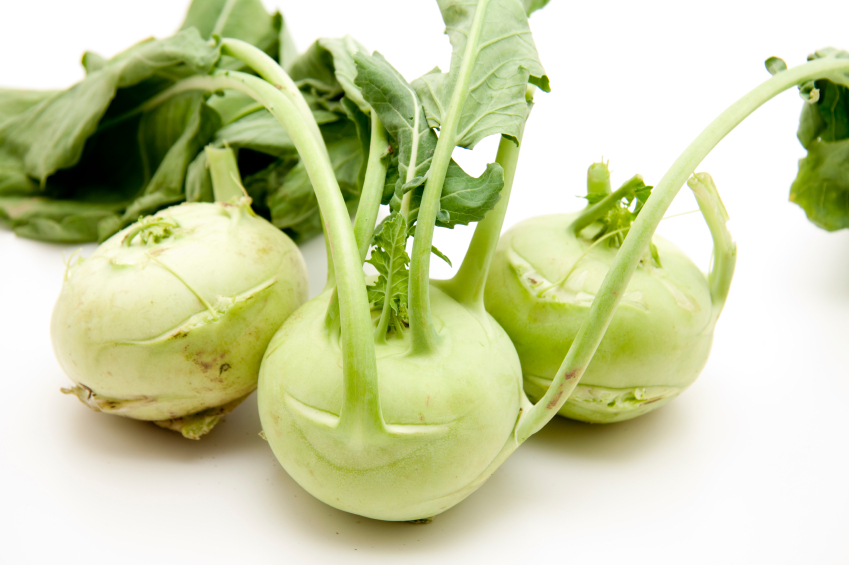 Kohlrabi is a cool-season vegetable that often gets overlooked in the produce aisle and at farmer’s market, perhaps because people aren’t quite sure what to do with these unfamiliar bulbs. Yet fans of broccoli and cabbage will want to take note of this vegetable, which is a good source of vitamin C and is packed with anti-inflammatory phytochemicals, The Guardian reports. While kohlrabi can be cooked in stews and roasted with other veggies, it’s also good raw, as in this recipe for slaw from Strawberry Plum.

Directions: Mix together the kohlrabi, apple, red onion, and chives in a bowl, then season lightly with salt and pepper.

Whisk together the mustard, honey, and vinegar in a small bowl. While continuing to whisk, slowly pour in the olive oil. Whisk until the dressing has emulsified, then season with salt and pepper to taste.

Toss the vinaigrette with the fruit and vegetables. Shave some cheese over the top, then serve. 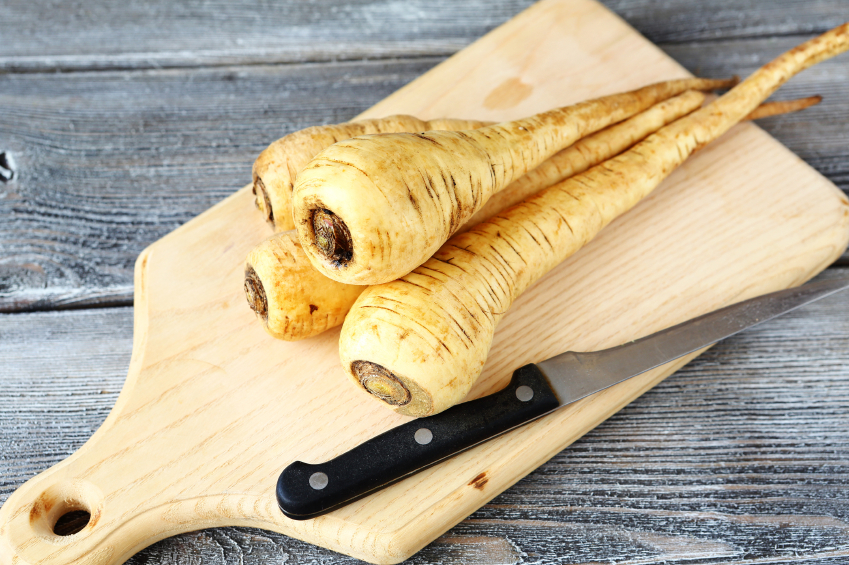 Pile of parsnips on a cutting board | iStock.com

Parsnips look a bit like albino carrots and have a slightly sweet and nutty flavor. These versatile root vegetables are also a good source of potassium and fiber, says Health. You can roast them, add them to soups, or even mash them like potatoes, as in this recipe for parsnip and cauliflower puree from Chowhound. It’s an excellent, healthier option for when you’re craving mashed potatoes.

Directions: Heat the olive oil in a large saucepan with a tight-fitting lid over medium-high heat until it shimmers. Add the cauliflower, parsnips, garlic, measured salt, and pepper, to taste. Stir to coat with the oil.

Pour in the milk, and bring the mixture to a boil. Reduce the heat to low, cover, and simmer until the vegetables are tender, about 20 minutes.

Transfer the contents of the pan (including the liquid) to the bowl of a food processor fitted with a blade attachment. Process until smooth. Taste, and season with additional salt and pepper as needed, then serve. 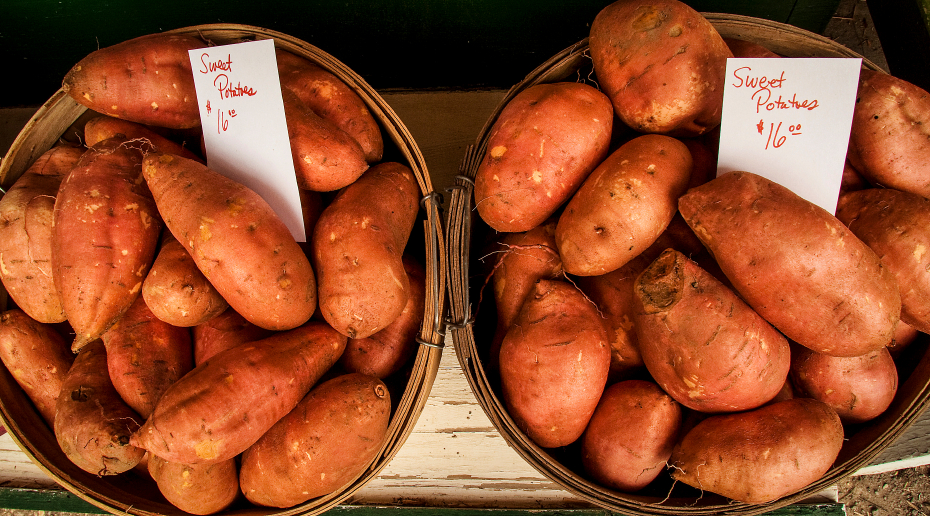 Sweet potatoes are the quintessential fall vegetable and a nutritious one to boot. “Sweet potatoes are high in vitamin A, vitamin B5, B6, thiamin, niacin, riboflavin, and, due to their orange color, are high in carotenoids,” nutritionist Laura Flores told LiveScience. They taste good baked, fried, and in pies and casseroles, but you may not have tried them in pancakes yet. This paleo-friendly recipe from Smile Sandwich contains no wheat flour or extra sugar and is super-easy to make.

Directions: Pierce a sweet potato five or six times, then microwave for 5 to 6 minutes, until potato is soft. Scoop out the flesh.

Warm the coconut oil in a skillet over medium heat. Pour about ¼ cup of batter into the pan, and let the pancake cook until small bubbles start to form. Flip, and let cook for about another minute on the other side. Repeat until all the batter is cooked, then serve with your favorite toppings.