Whether it’s Taco Tuesday or any other day, tacos are a quick meal you can have ready in minutes. We’re especially fond of breakfast tacos, even for dinner, because the flavor combinations are endless. So, we’re rounding up some of the best recipes to get you started. The next time you’re craving tacos, give one of these versions a try. 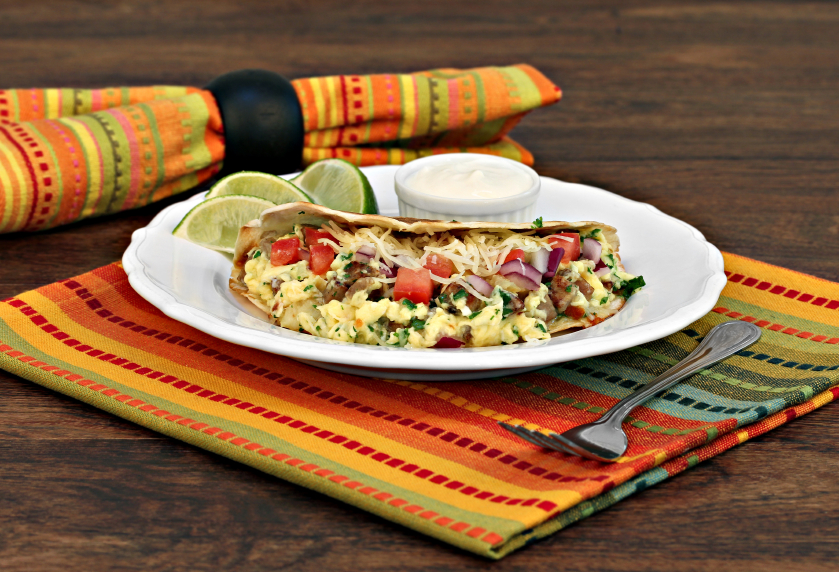 Breakfast tacos don’t need to be complicated to be delicious.  You can simply stuff your tortillas with eggs and cheese for a satisfying meal. This recipe from Real Simple proves it. The meal will be ready in 10 minutes and it serves 2. Add avocado and salsa for even more flavor.

Directions: In a medium bowl, beat the eggs with ¼ teaspoon each salt and pepper. Heat the butter in a large nonstick skillet over medium-high heat. Cook the eggs, stirring, until set but still soft, 2 to 3 minutes. Divide the eggs among the tortillas. Dividing evenly, top with the avocado, salsa, Monterey Jack, and cilantro. 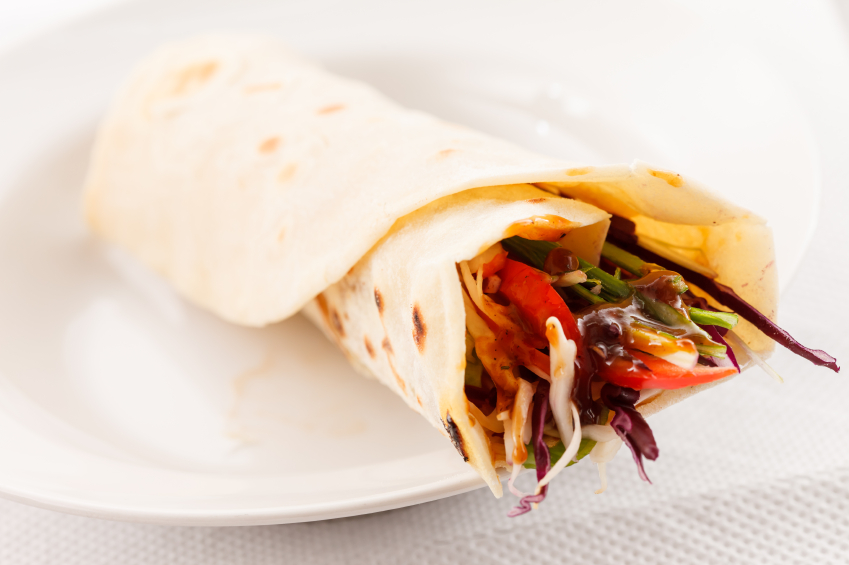 Have your tacos and get your veggies too with this recipe from Cookie and Kate. You’ll fill your tacos with zucchini, peppers, and scrambled eggs, cheese, chiles, and hot sauce. This recipe feeds 6 and is just as good for dinner as it is for breakfast.

Directions: Heat 2 teaspoons of oil in a large skillet over medium heat. Add onions and salt. Cook the onions for about 5 minutes, then stir in the garlic and red pepper flakes, cooking for an additional 30 seconds. Add the zucchini, yellow squash and bell pepper. Continue cooking ingredients together in the skillet for about 7 minutes. Remove the pan from heat and squeeze in the lime juice. Season to taste with salt, stir to combine, then set aside.

Next, scramble the eggs in a bowl with as much hot sauce as you’d like, a sprinkle of black pepper, and a pinch of salt. Cook eggs in a nonstick skillet with a bit of oil until set. Add the tomatoes, stir to combine, then transfer to a bowl.

When ready to serve tacos, warm each corn tortilla in a pan over medium heat. Keep tortillas warm by covering them with a kitchen towel. Top each tortilla with scrambled eggs, veggies, jalapeño, feta and cilantro. Serve with hot sauce or salsa.

While you can make your breakfast tacos with scrambled eggs, fried ones are equally as good. This recipe from Food52 shows you how to make the latter. You’ll fry two eggs and then serve them over a bed of seasoned black beans on warmed tortillas. Next, add cheddar cheese, cilantro, and pickled jalapeños. After that, your tacos are ready to eat.

When the tortillas are done, put the black beans and a splash of their cooking liquid into the dry pan where you toasted the flour tortillas and heat them gently and season to taste. Melt the tablespoon of butter in the pan where you fried the corn tortillas and crack in two eggs. Cover this pan with a lid and cook until the whites are set and the yolks are still runny, about 2 to 4 minutes.

Assemble the tacos by spooning some of the black beans onto the tortillas and top with a sprinkling of cheddar. Put the fried egg on next and season with salt and pepper. Put a good handful of cilantro on next and squeeze some lime juice over it, and then add 3 to 4 pickled jalapeño slices.

No need to make a trip to Texas — you can make tacos at home with this recipe from Gimme Some Oven. It yields breakfast tacos that star bacon, peppers, corn, avocado, and queso fresco. While the tacos taste indulgent thanks to the bacon and cheese on their ingredients list, they’re also heavy on the veggies, helping you feel good about the dinner you’re eating. They take only 25 minutes to make and the recipe feeds four. You can serve them with as much cheese and spice as you like, and you can even enjoy a taco on the go.

Directions: Cook bacon in a pan over medium-high heat, stirring, for about 5 minutes. Transfer bacon to a separate plate, but make sure to reserve 1 tablespoon of the remaining bacon grease in the pan.

Next, add onion, poblano, red bell pepper, and corn to the pan. Season ingredients with cumin, salt, and pepper, then stir to combine. Cook over medium-high heat for about 5 to 7 minutes. Transfer the mixture to a separate plate and set aside.

Wipe pan clean, then return to stove. Ad eggs and milk, then cook, stirring, until scrambled. This should take 3 to 4 minutes. Remove pan from heat, and distribute the eggs among flour tortillas. Top with a few spoonfuls of the onion mixture, then layer bacon, avocado, cilantro and crumbled cheese on top. Serve. 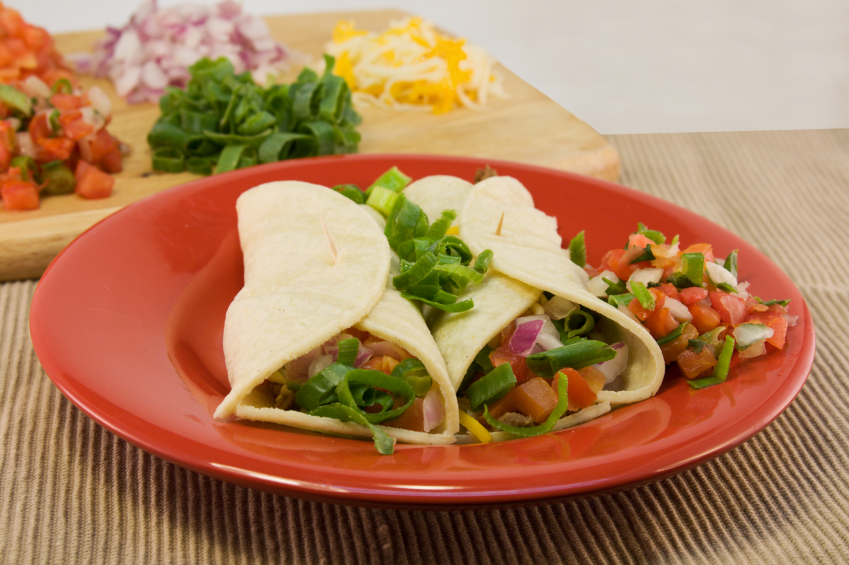 Soft tacos with salsa on a red plate | iStock.com

These breakfast tacos from Bon Appétit are packed with bacon, russet potatoes, eggs, cheese, and avocado. Don’t forget the hot sauce, either. Yielding 6 servings, this recipe will feed family members or friends who are craving something spicy and savory.

Meanwhile, whisk eggs in a large bowl to blend; season with salt and pepper. Heat butter in a large nonstick skillet over medium heat. Cook eggs, stirring occasionally and scraping bottom of skillet with a heatproof spatula to form large curds, until just set, about 3 minutes. Remove from heat and mix in bacon.

Fill tortillas with egg mixture and potatoes and top with cheese, avocado, and hot sauce.