These Overpriced Disney Resorts Are a Complete Waste of Money

The tourism industry is no stranger to passionate reviews; reviews that run the gamut from wildly unfair to perfectly well-deserved. Thanks to sites like TripAdvisor and Yelp, it’s open season on any and all resorts, from family-run bed and breakfasts to big-business conglomerates, such as Disney.

Seeing as satisfied and dissatisfied customers alike take to the sites to ensure their opinions are heard, we’ve rounded up some of the worst Disney World resorts, based on the value customers get for the price they pay. Some fall into the budget-friendly or value category, while others are considered deluxe accommodations.

So, without further ado, let’s take a look at some of the most scathing reviews people could whip up, and you can decide for yourself whether you’d ever book a stay at one of these seven Disney resorts.

Good luck getting housekeeping to tend to your needs. | Jean Christophe Magnanet/AFP/Getty Images

When you’re paying for a “Deluxe Resort Villa,” as Disney calls it, you should expect top-notch service and accommodations to match. But in plenty of people’s opinions, that’s far from what you get when visiting Saratoga Springs Resort & Spa. Modeled after New York’s Saratoga Springs circa the late 1800s, we’d say Disney fell short in its attempt to recreate the Upstate New York region in southern Florida. Furthermore, the resort is so far, people often complain about the long bus rides to and from the parks.

Dan P. of Alexandria, Virginia, wrote of his experience on Yelp, and it wasn’t pretty:

Really a truck stop level super 6 at four seasons prices. Filthy, terrible housekeeping and the management could care less once you’ve paid. If I could upload pictures I would, but perhaps this is most telling. My wife was showering the first day and the shower head fell off covering her in mildew and black mold. Manager didn’t care and two days later they replaced the shower head (two days!!). There’s just too much to say but the one star should be indicative. Really sad.

Coronado Springs Resort may not be your best bet. | iStock.com/Manakin

Reason for making the list: Buildings are falling apart, rooms are filthy.

This resort is currently undergoing refurbishments, which is a good thing, considering all its negative Yelp reviews. Scoring itself 2.5 out of 5 stars, Coronado Springs Resort has been highly criticized for being old, outdated, and dirty. Plenty of people have detailed their awful experiences at this Disney resort, which most notably include showing up to disgusting rooms that hotel staff members have not cleaned.

As one Yelp reviewer, N S. of Leesburg, Virginia, described it, “This place is an absolute disaster! It’s old, dirty, and in bad need of better management because they are clearly not paying attention to the state of the property. Walking on the carpet will make the soles of your feet and socks black.” You might want to bring shower shoes if you plan on staying at this place. 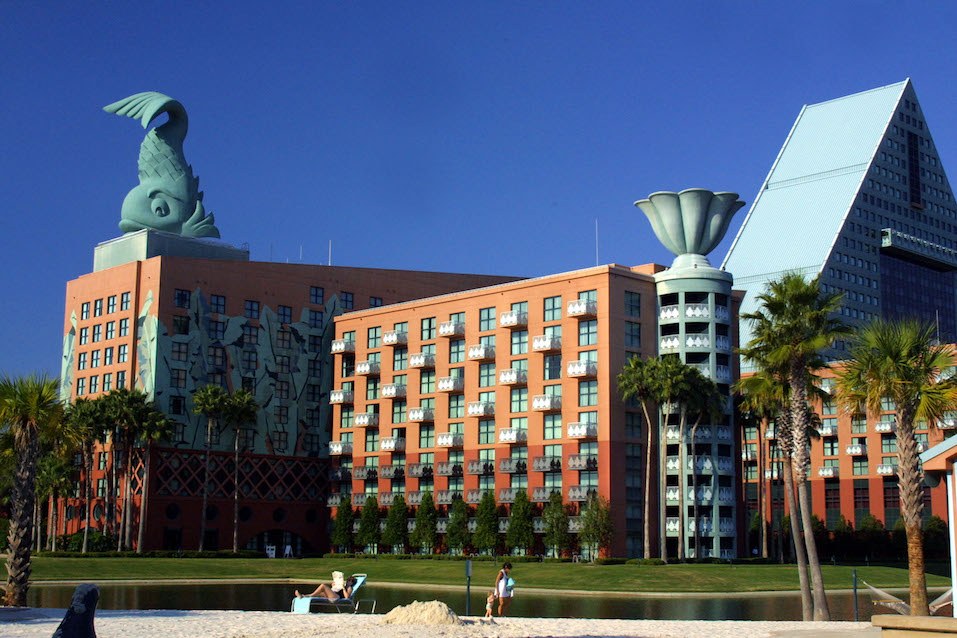 Disney’s Swan Hotel really takes the whole Florida theme to the next level — complete with a coral and aqua color scheme, clam shell fountains, and swans galore. Despite falling into the Deluxe Resort category, the hotel only received 2.5 out of five stars on Yelp.

According to one Yelp reviewer, you’re better off choosing just about any other hotel in the area. Olga C. from Manhattan writes:

Where do I begin? We stayed at the Swan for 4 nights, and the room was not cleaned two of the four nights. We also requested an extra bed (a cot) when we checked in around 3 pm, and it was not there at 9 pm when we got back from dinner. After repeated calls to the front desk went unanswered, we had to go in person to again request the cot. Oh, and the water pressure was also horrible. The toilet had to be flushed three or four times every time. One of the outlets was also loose, and some of our devices were not charging on any of the outlets.

Now, while we love a great value as much as the next guy, just because a hotel is relatively dirt cheap doesn’t mean customers shouldn’t get quality value. But unfortunately, that’s what some customers found to be true. Of course, anyone who books a value resort shouldn’t expect luxury down linens and kitchenettes with granite counter tops. But what they should expect is some common decency on the staff’s part, along with a clean, friendly experience. Sadly, it seems Disney falls short in this category.

Gail M. of Detroit Lakes, Minnesota, stayed at the All-Star Movies Resort, and it was utter filth. “Blood on the carpet, cockroaches throughout the stairs … one in the elevator,” she wrote on Yelp. No. Just, no. For good measure, we wanted to get a review of the All-Star Music Resort, too. Not surprisingly, it’s just as bad.

“I am very aware that this is considered a ‘value’ resort, however I do not think value means that I need to compromise comfort, cleanliness, and my magical experience,” Anne-Marie K. wrote in her review. “This is not an inexpensive vacation, so because we are comparing the other outrageously priced resorts to this doesn’t mean it’s acceptable to be so out dated, so poorly kept and just outright disappointing. It leaves me so disheartened with Disney’s much prided service value.”

You didn’t leave the city just to ride a bus while on vacation, did you? | iStock.com

Reason for making the list: Noisy rooms, spread out resort, way too many internal bus stops.

With six villages, including Barbados, Aruba, and Jamaica, Disney explains you can enjoy “island hopping” around the lush resort. But for some, they’d rather just hop right on out of there. The Caribbean Beach Resort is currently undergoing some remodeling, so we can only hope it comes back better than ever. But until then, the resort will have to live with a three star rating and reviews like these.

According to Mark E. via TripAdvisor, it’s best to avoid this resort, no matter what. “The staff is extremely incompetent. We were told incorrect information multiple times. Be prepared to wait on a bus wherever you want to go. Hair from a previous guest found all over shower. The beds are terrible. Someone urinated in a bus as the smell was terrible. No way this place is a 3 star hotel.” Yikes. 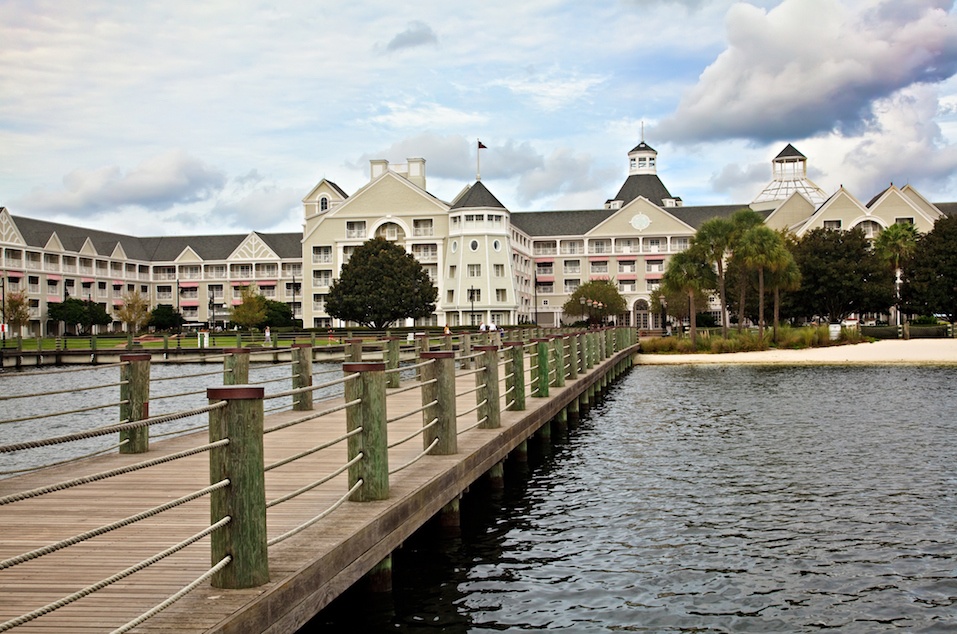 Reason for making the list: No restaurants inside resort, long bus commutes to get into parks.

Disney modeled the BoardWalk Inn after the “charm and whimsy of turn-of-the-century Atlantic City,” but for that much money, wouldn’t you rather just … go to Atlantic City? Well, according to the reviews, you might want to do that instead. Apparently, the BoardWalk Inn has really gone downhill, and that’s just the beginning of why folks are underwhelmed after they visit this supposedly high-end resort.

There are tons of scathing reviews to choose from, but one of the most eye-opening comes from L 2 from Kanab, Utah. According to the Yelp user, there was mold in the bathroom, rotting wood, and filthy awnings, not to mention the “staggering drunks on the boats from Epcot.”

Additionally, Cathryn G. from Davenport, Florida, wrote, “The rooms are small, and ours had a terrible moth ball kind of smell. Our lights flickered, and we had no hot water. The service of housekeeping was the worst I have ever seen.” It seems this place is one boardwalk you shouldn’t spend your money on. 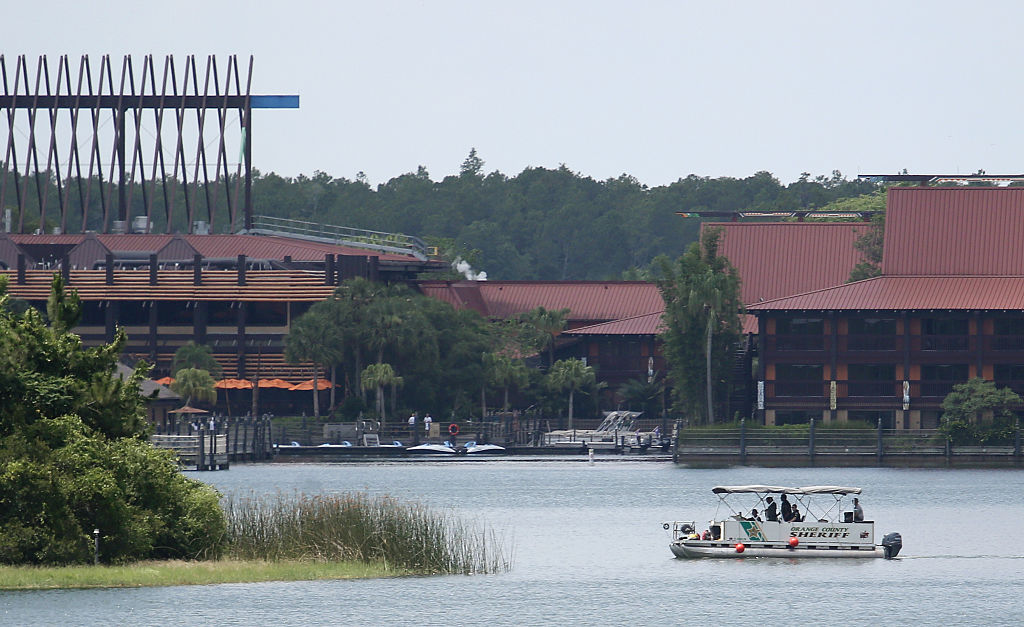 The Polynesian Village Resort is one of Disney World’s most legendary. | Gregg Newton/Stringer/Getty Images

This is one of Disney’s original and most legendary resorts, but is the experience really still worth the price tag? While the tropical setting and South Pacific theme are nice, this resort doesn’t compete with other, newer hotels in its category.

Here’s what Layney S. from Stockton, California, had to say:

This place is awful. The rooms are tiny with literally, I’m not exaggerating the MOST uncomfortable beds I’ve ever slept on in my life. We stayed there for a week and never once did our room get cleaned. They charge if you need more towels, even though we paid $7,000 to stay there for a week. Oh and not to mention, the food is god AWFUL! I have no clue how any of their restaurants receive anything higher than 1 star considering the fact the food is hardly edible. It may sound like a joke, but I’m being dead serious. You’re better off staying anywhere but here, avoid this place at all costs.

So, there you have it. Those are some of the most scathing reviews of Disney World resorts. But don’t just take our word for it; see for yourself if these places really are as bad as they sound — if you dare visit them, that is.