When it comes to partisan politics, there has never been a more divisive time than in the current administration and Congress. That’s why it’s a bit shocking to hear that a former president is siding (in part) with a lot of Trump’s claims. Jimmy Carter, in an interview with The New York Times, explained his views on how the current administration is doing and how he saw the past presidential elections. Here are some things you may be shocked that Jimmy Carter agrees with Donald Trump about. 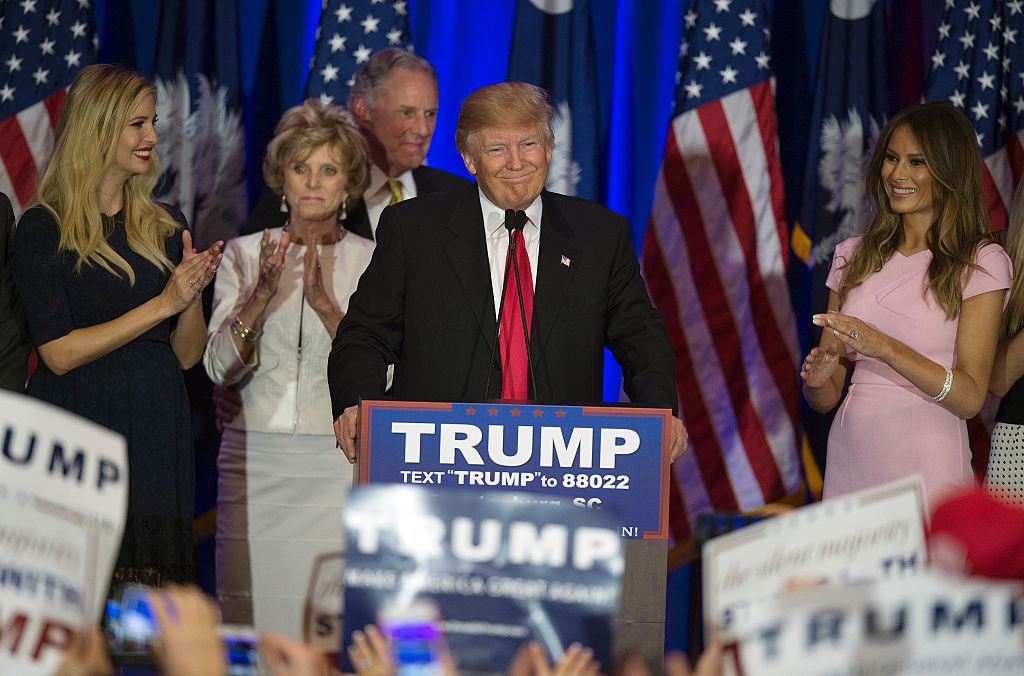 Trump claims he won the election fair and square, but what’s the truth? | Jim Watson/AFP/Getty Images

The 2016 National Election is probably the most contested election since the Civil War. Members of the left political spectrum posit that Donald Trump colluded with Russian officials to win the election. If it is true, that would be a violation of the constitution. Donald Trump has always claimed that there wasn’t any meddling in the election in 2016, despite the growing suspicions that there was and the President colluded with Russia to execute the meddling altogether.

Next: How does Jimmy Carter share his views on this? 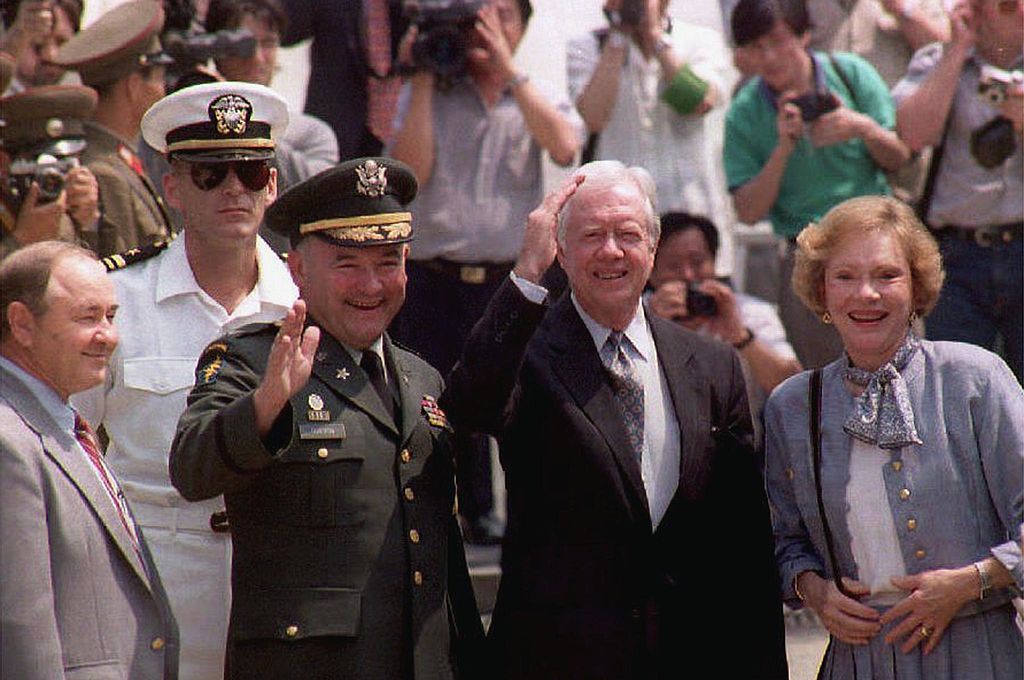 Jimmy Carter was a staunch Bernie Sanders supporter during the Democratic primaries and has always supported party lines (for the most part). Carter’s views on Russian interference in the election is he doesn’t think “there’s any evidence that what the Russians did change enough votes or any votes.” he tells the Times. His wife, however, thinks that the Russians “obviously did” interfere.

Next: Their views on racism and the national anthem

3. Standing during the national anthem and racial discrimination

Donald Trump has been very vocal about how the players in the National Football League should be standing during the national anthem. He believes that it is disrespectful to the flag and to the troops to not honor the anthem in the “patriotic” stance of standing with your hand over your heart. In fact, he actually called on NFL owners to fire those employees.

Trump also tolerates white supremacist groups or “very fine people” as he refers to them, and he also doesn’t want to see any Confederate monuments removed because they represent a certain peoples history.

Next: Their views differ slightly on these subjects.

Jimmy Carter has very clear views on what players should be doing during the national anthem; they should be standing. So, just like Trump, he thinks its a matter of respect for the troops and the country. However, he doesn’t believe that the players should be fired like Trump does.

When it comes to the Confederate monuments, it’s hard for Jimmy Carter. Jimmy Carter had relatives who fought in the Civil War for the Confederates. This is part of his own history. Jimmy tells the Times, “I never have looked on the carvings on Stone Mountain or the statues as being racist in their intent. But I can understand African-Americans’ aversion to them, and I sympathize with them. But I don’t have any objection to them being labeled with explanatory labels or that sort of thing.”

Next: The media and their coverage of the president

We know by now how Trump feels about fake news. | Kevin Dietsch-Pool/Getty Images

Trump has always asserted that he is treated by the media “very badly” in a “bigly way” (please note that the author is doing his best impression of Donald Trump). He feels like the media makes a big effort to undermine his politics by sharing false facts with the American public, and he calls it “fake news.”

Next: Surprisingly, someone agrees with him.

Jimmy Carter thinks Trump has been more harshly criticized than presidents before him. | Spencer Platt/Getty Images

Jimmy Carter told the Times that he thinks “the media have been harder on Trump than any other president certainly that I’ve known about,” and points out that the media is quick to call Trump “mentally deranged.” But Jimmy doesn’t let him get off that easy. Jimmy does tell the Times that he thinks Trump is “exacerbating” racial tensions with his rhetoric. Jimmy does add that he may not be doing it deliberately either.

Trump’s dismay over President Obama and his administration is very clear. Trump promoted the idea that Barack Obama isn’t an actual citizen of this country and believes any conspiracy theory out there that is about Barack Obama. As you can see, this man just flat out doesn’t like Obama. 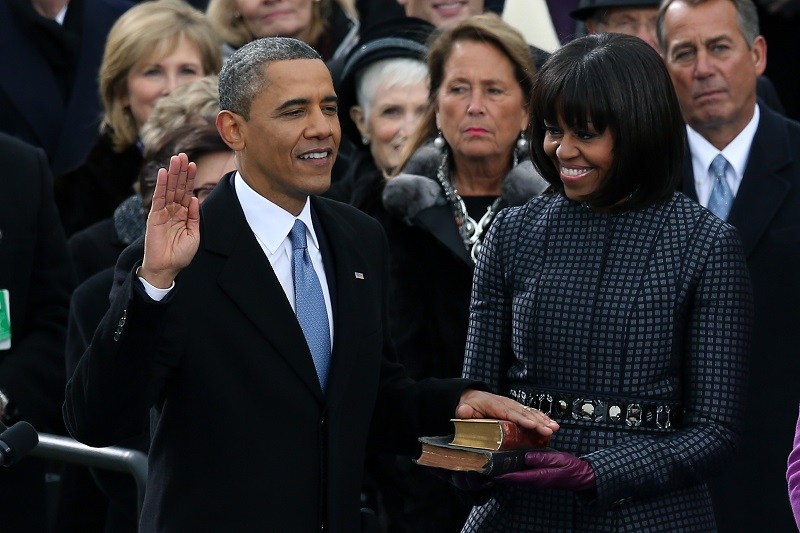 Jimmy Carter was a fan of Barack Obama at the beginning of his term, but the sentiment slowly soured after Barack was unable to or reneged on some of his own policies. Carter is also disappointed in Obama’s handling of North Korea. Carter believes that Obama could have done more with North Korea and says Obama “refused” to talk with North Korea. Jimmy, however, does not go so far as believing any of the conspiracy theories that Trump believes in.

Next: North Korea may be a dream of Jimmy Carter’s legacy 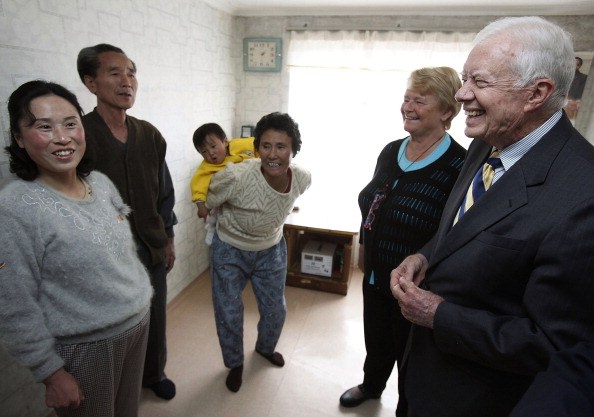 It’s no secret that Jimmy Carter has been wanting to get involved with North Korea for a while. He even told the Times that he has had conversations with Lt. Gen. H.R. McMaster, Trump’s national security advisor, about his interest in talking with North Korea. So maybe all of this is just a ruse to better position himself to help with North Korea. If it is, we will know fairly soon.