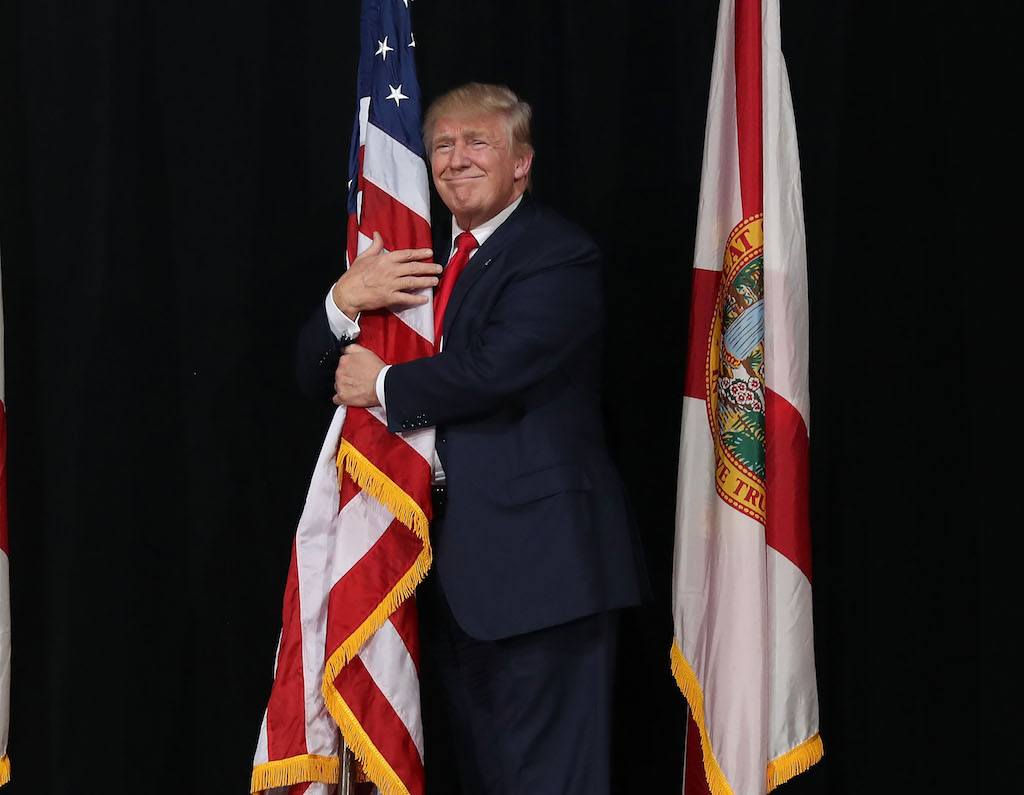 If these flags could talk, they’d call it harassment.

It’s no secret that Donald Trump’s patriotism is a little brash and, at times, bizarre. Case in point: The president’s love for the American Flag. Most U.S. citizens pledge allegiance to the flag. They hoist it up on a pole outside their homes; They wave it around with pride on the 4th of July; Heck, they even deck themselves out in stars and stripes at every given opportunity — but, not the Donald. The Donald prefers to take things a step further with a little public display of affection.

On Tuesday, June 19th the president was caught passionately hugging our star-spangled banner for the third time since announcing his campaign for president.

The first offense took place onstage at a town hall meeting in Derry, New Hampshire in August 2015. At the time, Trump was just a presidential candidate trying to “make America great again” by donning red hats and getting frisky with the symbol of our nation. While it was a strange site, we didn’t think too far into it and let him have his fun. After all, there was no way he could win the election, right? 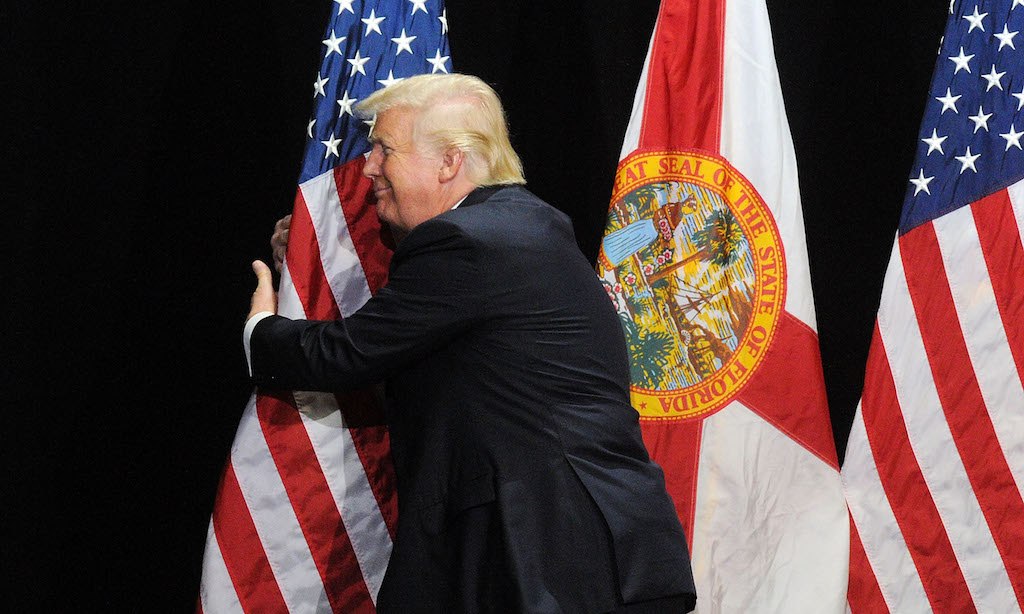 Fast-forward to June 2016, and the flag-hugger goes in for the kill again — this time at a campaign rally in Tampa, Florida. The embrace was reportedly in response to a “build the wall” chant led by his supporters and rally attendees. Footage of the intimate moment later made its way to Twitter, and some drew attention to the strange gesture, but ultimately shook it off because it was general election season and they didn’t have time for the Donald’s weird fetish.

In 2017, no flag-hugging was to be had. After all, the president was busy trying to undo everything Obama did while simultaneously bullying Hillary Clinton on social media. Though, to be honest, he probably could have used a hug.

Almost two years to the day later, Trump couldn’t fight his feelings any longer. After giving a speech at the National Federation of Independent Business, Trump walked up to the stars and stripes, spread his arms as wide as he could, and wrapped them around the pole in the most awkward embrace ever. To give it that extra creep factor, the president even flashed a big smile for the audience. 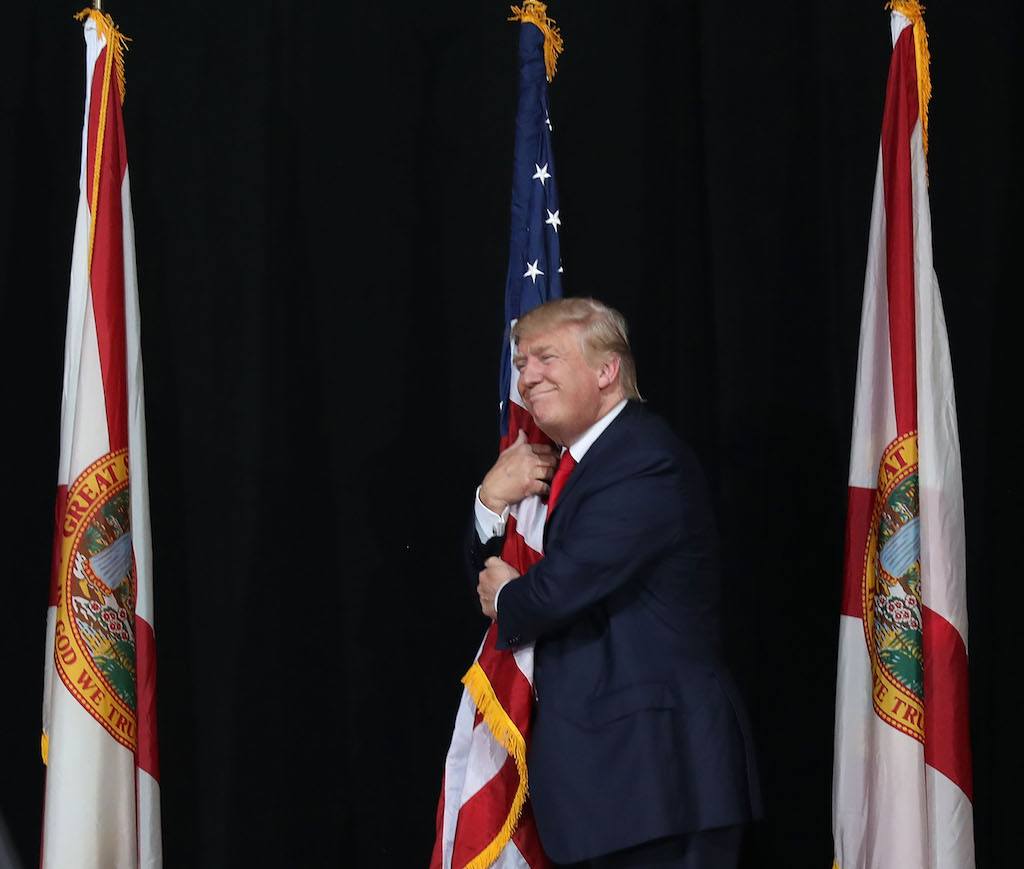 There is nothing wrong with showing your country — or your flag — a little love. That said, the most concerning thing about Trump’s flag-hugging was its stark resemblance to a child not wanting to share his toys, or in this case: his country.

The gesture came at a dark time for the United States. In response to the Trump administration’s “zero tolerance” immigration policy, over 2,000 children were ripped away from their parents and loved ones. Right before going in for the embrace, Trump explained: “We’re doing well as a country.”