Incredibly Easy Brownie Recipes You Can Make From Scratch

Whether you prefer them dense and fudgy or light and cakey, everyone loves a good brownie. Brownie recipes have been around since at least the 1890s, when chefs at Chicago’s Palmer House Hotel created a treat for boxed lunches served at the World Columbian Exposition. Since then, the brownie has become an iconic American dessert. Brownies are also incredibly easy to make — even if you don’t rely on boxed mix. In fact, this from-scratch dessert is so simple to make you’ll wonder why you ever bothered with the pre-mixed stuff. Here are seven of our favorite easy brownie recipes. 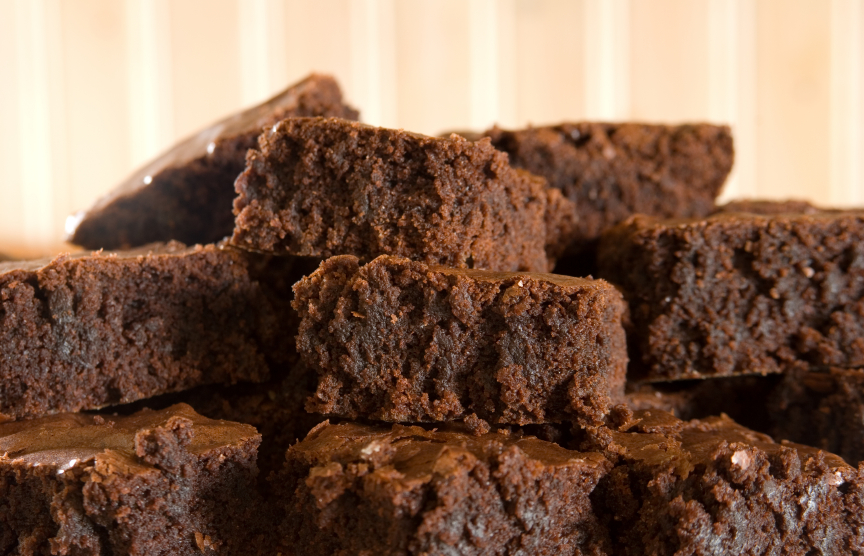 If you only have one brownie recipe in your arsenal, this one from King Arthur Flour should be it. The one-bowl prep keeps things simple in the kitchen, while the brownies themselves are moist and fudgy. Make these as a simple weeknight dessert, whip up a batch for a bake sale, or bring them to your next pot luck. Wherever you serve them, they’re sure to be a hit. This recipes makes two dozen 2-inch brownies.

Put all of the ingredients into a large bowl in the order described. Stir, then beat the mixture until it’s smooth. Spoon the batter into the prepared pan. Bake the brownies for 25 to 30 minutes, or until they’re just barely beginning to pull away from the sides of the pan.

Remove the brownies from the oven; let them cool completely before cutting. Store any leftovers, well-wrapped, at room temperature for five to six days. Freeze for longer storage. 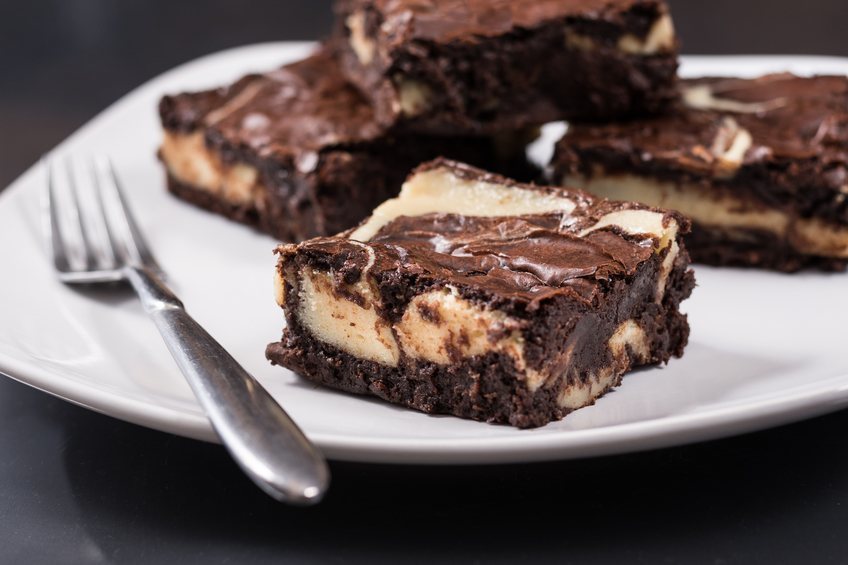 Think a fresh-baked, from-scratch dessert in under an hour is impossible? It’s not if you make these yummy cream cheese marbled brownies from Nestle, which take 20 minutes to prep and roughly another half-hour to bake. The swirly final product will look pretty on a plate and tastes great too. This recipe makes 16 brownies.

Microwave chocolate in a medium, uncovered, microwave-safe bowl on medium-high (70%) power for 1 minute; stir. If pieces retain some of their original shape, microwave at additional 10- to 15-second intervals, stirring just until melted; cool to room temperature. Beat cream cheese and ¼ cup sugar in small mixer bowl until smooth. Beat in 1 egg and ½ teaspoon vanilla extract.

Bake for 33 to 38 minutes or until wooden pick inserted in center comes out slightly sticky. Cool completely in pan on wire rack. Refrigerate for 1 hour. Cut into bars. 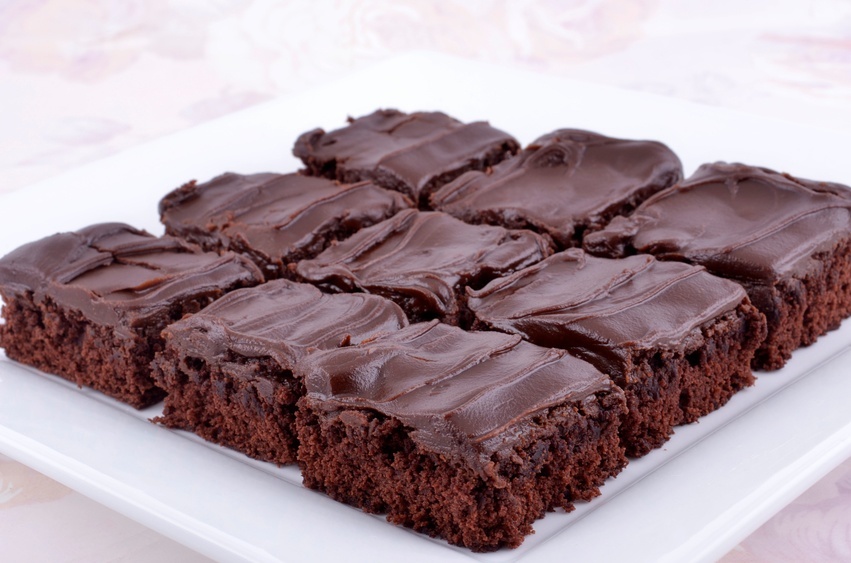 You will love this easy zucchini brownie recipe from Spend with Pennies. Even the tasty, chocolaty frosting takes just 1 minute to prepare — you don’t even need to spread it on the brownies; instead, just pour and let cool.

Directions: Preheat your oven to 350 degrees Fahrenheit. Grease a 9 x 13-inch baking dish, or line it with lightly oiled parchment paper to save on clean-up time.

Spread the brownie batter into the prepared baking dish. Bake in the oven for 25 to 30 minutes, until a toothpick inserted in the center of the brownies comes out clean.

After you remove the brownies from the oven, prepare the frosting. Add the milk, sugar, and butter to a small saucepan. Turn heat to medium and bring to a full boil. Boil for 30 seconds, then remove pan from the heat and stir in the chocolate chips until fully melted and smooth. Pour the frosting over the warm brownies in the pan. Let cool, then slice into squares and serve. Store leftover brownies in an airtight container. Yields 24 2-inch square brownies. 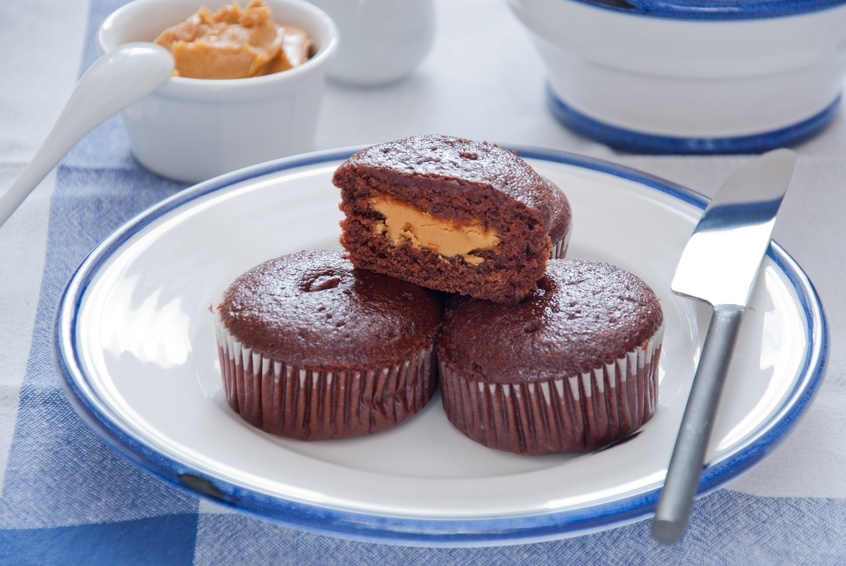 Chocolate and peanut butter is a winning combination, so why not bring these two flavors together in a brownie? This recipe from The Novice Chef does just that, stuffing rich, fudgy brownies with a delectable peanut butter filling for a dessert your family will love. This recipe yields 16 brownies.

For the peanut butter filling:

Combine the flour, cocoa powder, and instant espresso in a small bowl. Set aside. Melt the butter and chopped chocolate in a double boiler over medium heat, stirring frequently until everything is completely melted. Remove from heat and set aside to cool for 10 minutes.

Whisk together the eggs, granulated and brown sugars, vanilla, and salt in a large bowl. Whisk the cooled chocolate mixture into the egg mixture until combined. Beat in the flour, adding half at a time, until fully combined and there are no lumps in the batter. Fill each square of your cake pan half way with batter. Place a disc of the peanut butter filling in the center, then cover with additional batter. (Fill each square no more than ¾ full).

Bake brownies for 25 to 28 minutes, or until the centers are set. Remove from oven and let cool for 15 minutes before removing brownies from the pan and letting cool on a cookie rack. Brownies can be served immediately or stored in an airtight container for up to three days. 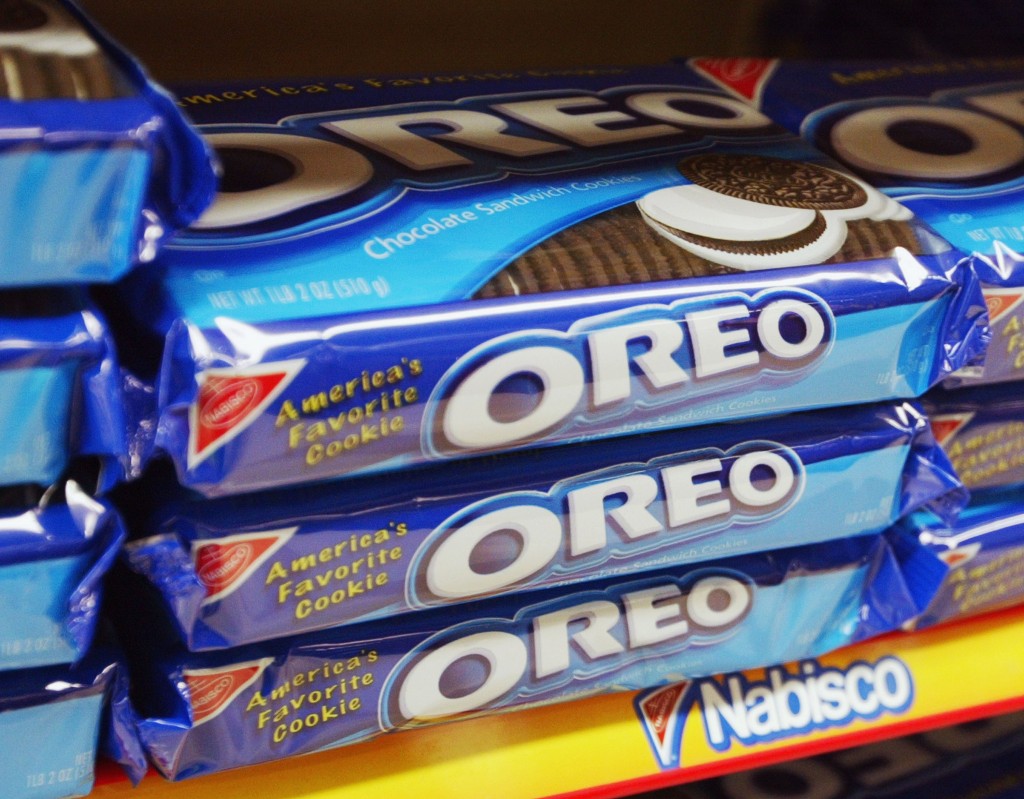 Everyone’s favorite cookie gets together with another iconic treat for a recipe that’s out of this world. Jacqueline at Go Go Go Gourmet layered creamy Oreo cookies with a moist fudgy brownie batter for a sweet snack that may soon become your go-to dessert.

Add the butter and chocolate chips to a large, microwave-safe bowl. Microwave for 1 minute. Stir until the chocolate is completely melted and combined with the butter. Add the eggs, sugar, salt, and vanilla to the bowl and mix to combine. Add the flour. Stir until thoroughly combined.

Bake brownies for 35 minutes, or until a toothpick inserted in the center comes out clean. Remove from oven and let cool before cutting and serving. 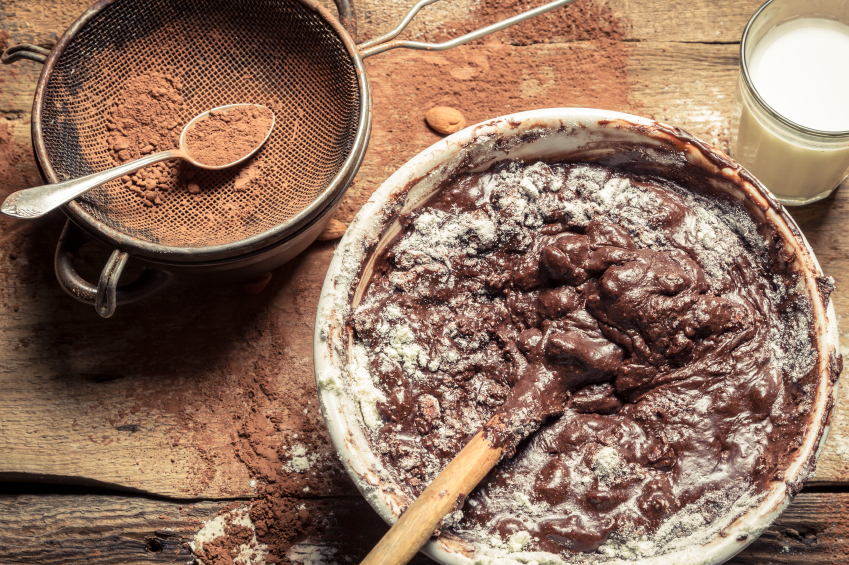 You don’t even need a baking pan to make this incredibly easy brownie recipe from Saveur. These one-bowl cookies are seasoned with cinnamon and vanilla, filled with walnuts, and bake faster than traditional brownies. Makes four dozen cookies.

Directions: Heat oven to 350 degrees Fahrenheit. Combine chocolate and butter in a bowl and microwave until melted; set aside. In a bowl, beat sugar and eggs on medium-high speed of a mixer until thickened and tripled in volume. Add melted chocolate then add flour, cinnamon, baking powder, and salt; beat until just combined.

Stir in nuts and vanilla, and using a teaspoon, drop small balls of dough onto parchment paper-lined baking sheets, and bake until cracked and just set, about 8 minutes. 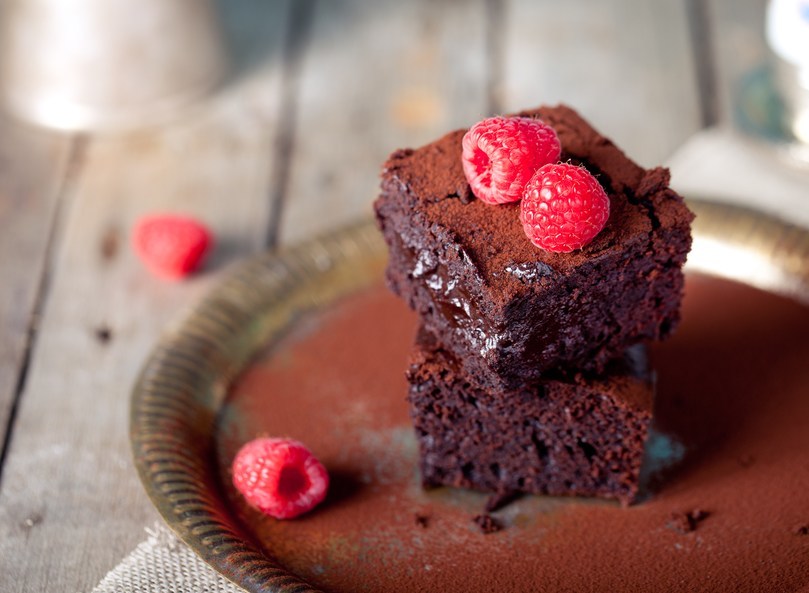 Raspberries are added to a traditional brownie base for a fruity spin on a popular dessert. Make sure you reserve some extra raspberries to serve on top of the finished bars. This recipe for All Recipes makes 24 servings.

Add eggs, sugar, margarine, flour, chocolate chunks, and ¾ cup of cocoa powder to a large bowl. Beat together with a hand mixer until smooth. Fold in raspberries, being careful not to crush the fruit. Pour batter into prepared dish.

Bake brownies for 40 to 45 minutes, until a toothpick inserted in the center comes out clean. Remove from oven and let cool completely before cutting. Serve with additional raspberries on top.