Cheap Flight Day Has Arrived! Here’s How You Can Save 30% on Airfare

As summer draws to a close, there’s still one thing everyone has to look forward to — Cheap Flight Day. If you’re anything like us, you know the benefits of scouring the internet for the best deals out there. Fortunately, August 23 marks the start of plummeting prices and affordable fares galore.

We were eager to learn more, so we spoke with travel expert Sanjay Hathiramani, Global SVP of Supplier Relations for CheapOair. Here’s what you need to know in order to secure the best fares of the year.

International fares will be 30% cheaper. | Gabriellephotos/iStock

The fares are dropping, and that means huge savings for consumers. So, just how much do you stand to save? “Average prices for popular travel destinations will decrease approximately 30% for international travel and 14% for domestic travel,” Hathiramani told The Cheat Sheet via email. “This is especially an ideal time for purchasing long haul and international flights, as those will yield more bargains over shorter, domestic flights.”

2. August 23 is the end of peak travel season

August 23, 2017 is a date you want to have on your calendar. This day marks the end of peak travel season, which is great news for anyone who’s looking to plan a trip in the near future. “These fares are going to drop and remain low well into the fall season,” Hathiramani said. “They’ll stay low until the holiday season, when the demand will increase due to the Christmas holiday. Now is the time for travelers to search and find bargain deals for Thanksgiving and December holidays.”

It might be a good idea to leave the kids at home this trip. | Travnikovstudio/iStock.com

Most folks know that off-peak is really just another term for cheap travel, which is a huge benefit to anyone not tied down to their kids’ school schedule. Need an excuse to get away for a long weekend while the kids are at Grandma and Grandpa’s? Now is the time to book those flights.

“As summer quickly comes to a close, so does the busiest time of the year for travel,” Hathiramani told us. “Kids are back to school, the weather starts to cool down, and people are gearing up for the holidays. As the demand for airfare decreased, so do the fares.”

4. This is the best time to book

If you’re open to week day travel you could find a deal. | Joe Raedle/Getty Images

As we enter into the shoulder season of travel, it’s important to know which days will yield the cheapest fares. And it may not be what you’d expect. According to Hathiramani, “Traditionally Tuesdays and Wednesdays are the peak booking days, however, as airlines introduce short term specials, Friday through Sunday would be a good time to look for bargain airfares.”

5. Low fares will last until the holidays

Plenty of time to book a trip. | Delta via Facebook

Everything good must come to an end. And for these deals, that’s right around the holidays. “International flights will remain low through the fall season, into early December, after which the fares will go higher due to Christmas travel period,” Hathiramani says. “Domestic fares will remain low through a week or less prior to Thanksgiving, all depending on the airline’s load factors.” So, just make sure you make all your travel arrangements before then.

6. Being flexible with your dates also helps 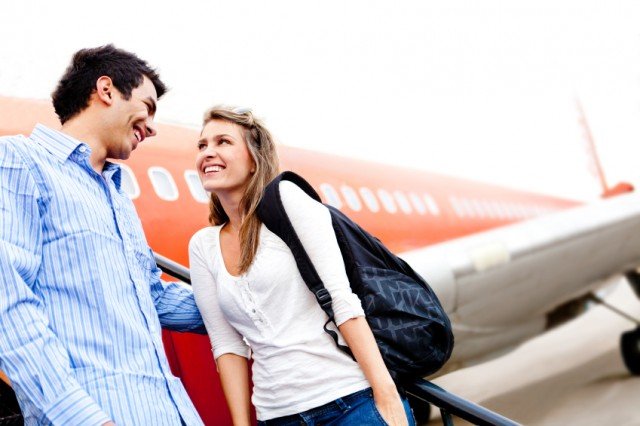 It’s no surprise that flying the day after Thanksgiving is a bad idea — for several reasons. If you’re able, be as flexible as possible with your travel plans. For instance, Hathiramani says that “if you are able to fly out on a Thursday, rather than the more popular day, Friday,” then go for it. “And, if you can, go home on a Monday, rather than a Sunday.”

Don’t wait! These fares won’t last forever. Naturally, the sooner you book, the better the fares. As Hathiramani suggests, act as soon as you can. “The best advice for finding the best fares is booking as soon as you can in advance of your trip,” she says. So, go on and get ’em while they’re good.